I noticed that a lot of people have stopped playing 1v1 recently, and I'm seeing the same group of people every time I ladder. I don't know why, but maybe an RMT will do the trick? Oh well, I probably won't play much more with this team, so I'll release it for everyone else to use. 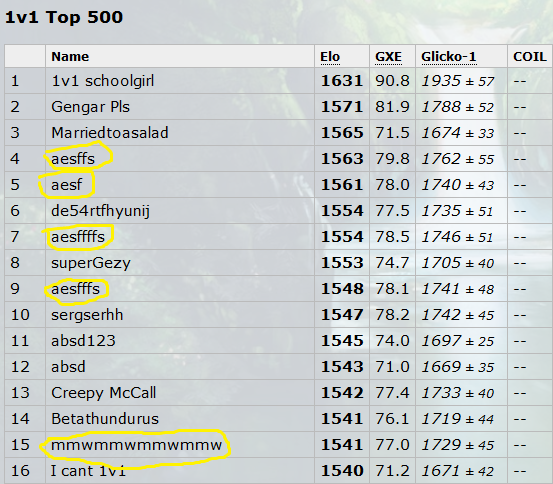 I can definitely get farther, but meh #1 is too hard to reach, as you can probably tell...


OVERVIEW
​
So I wanted to make a team that could basically take most of the most commonly used 1v1 cores and tear them to shreds, since let's face it; laddering is nearly impossible when you have 50/50s every single match. I had to use things that almost no one prepared for, but were still incredibly potent, and that was how this team came to be. Not much else to say, is there?


TEAMBUILDING PROCESS​
Stuff like Scarf kyurem-b, standard mega mawile, standard charizard y, etc. were immediately scratched off, because everyone and their mother has a counter to them, which creates 50/50s, which are bad. So what ended up happening was that I started targeting cores. The first, and most common, core that I targeted was Charizard Y + Mega Mawile + Kyurem-B/Mega Gyarados. This one was pretty hard to counter, but I ended up using a physically defensive Charizard Y with rock tomb to decent success. Easily one of the best pokemon in the tier, and the reason why I let this one slip is because it beats the most common dedicated 'counters' to regular Charizard Y.

Looking down the usage stat list, I saw a few pokemon that I had problems with: Mega Salamence, Mega Lopunny, Mega Charizard X, and Dragonite. After looking a bit, I had three choices to choose from, Specs Sylveon, Banded Rhyperior, and Scarf Kyurem-B. I immediately decided that Scarf Kyurem-B was not an option, because of the 50/50 thingy, and Mega Salamence, the biggest problem, could get around Rhyperior with hydro pump, so I chose a Specs Sylveon with maximum defense investment.

All my other teams got singlehandedly destroyed by Specs Meloetta, so I tried it.

Changed Sylveon because
1) It's not too good outside of killing the things i mentioned.
2) No one runs hydro pump on mence (except me)
3) Rhyperior is better

This is the final version of the team, and I'm pretty satisfied with it. The majority of the time, one pokemon can take care of all three of the opponent's pokemon, which is great if you hate 50/50s. Of course, there are some things that beat all three pokemon on the team, but fortunately those pokemon aren't too common...


THE TEAM
(I took the time and effort to draw the pokemon myself. Don't hate.)​ 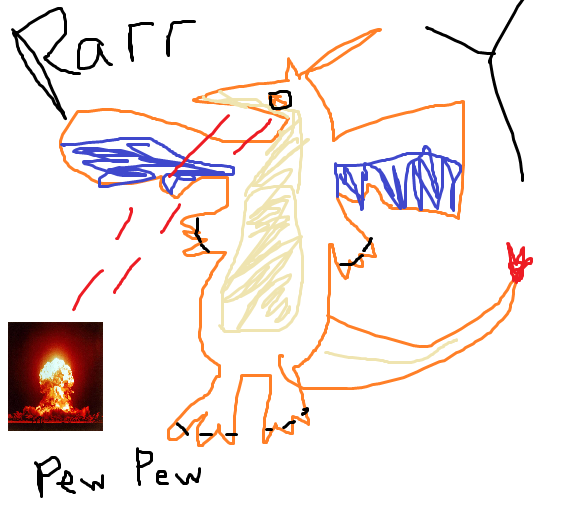 Charizard @ Charizardite Y
Ability: Blaze - Solar Power makes trace pokemon do more damage to me, which is bad
EVs: 224 HP / 160 Def / 20 SpA / 104 Spe - Explained later
Modest Nature - Even with little SpA investment, Modest is best.
- Will-O-Wisp - Cripples many offensive and/or sturdy pokemon that would otherwise beat me.
- Blast Burn - Literally kills half the tier, even with only 20+ SpA
- Rock Tomb - Beats all other Charizard Y, also eases prediction on greninja
- SolarBeam - Helps Charizard beat most water and slow rock types.​
​
Here's Mega Charizard Y. It's really a catch-all, because blast burn pretty much ends the life of any gimmick not dedicated to counter charizard Y. Many pokemon that otherwise should counter it simply lose to will-o-wisp and/or solar beam. I ended up using rock tomb over ancient power because rock tomb allows me to beat all zardys instead of just fast ones.

What I like about this set is that many people use scarf Kyurem-B and Mega Gyarados as their Mega Charizard Y stop, both of which this set beats.

Another thing to note is that when facing protect/disable Alakazam, use blast burn, then two solar beams. 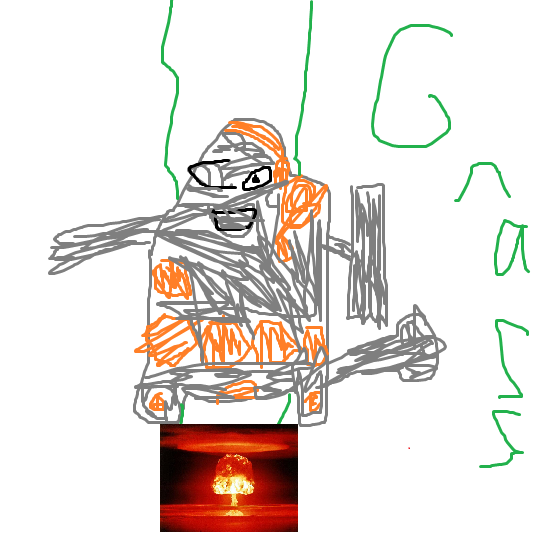 Taking the spot that was once sylveon (and still works with sylveon), I have to say that rhyperior is incredibly useful in 1v1. Just like charizard Y, it's a complete nuke, but from the physical side this time. It fits in with my criteria in that it's extremely underprepared for, and yet so many teams lose to it.

The last spot on the team. I had two choices at this point: 1) Patch up the weaknesses to Porygon-Z and Smeargle, or 2) Realize that almost nobody actually uses those two pokemon anyways and just bring another 'corebreaker'.

After i realized all my teams got completely destroyed by Meloetta, I decided to try it out for myself, and I haven't been disappointed with the results. It helps that most people just assume that it's a perish song meloetta, so most of the time they'll just straight-up attack it and die to hyper beam and/or psyshock. As long as you don't misclick you should find yourself winning a lot of battles with this thing.

Dragonite @ Choice Specs
Ability: Multiscale
EVs: 248 HP / 252 SpA / 8 SpD
Modest Nature
- Draco Meteor
- Surf
- Thunderbolt
- Hurricane
Fortunately, I rarely, if ever, see any of these pokemon, but keep in mind that they do in fact exist. Also remember that every time you use a team, Rumplestiltskin will come up with a way to beat you with very random gimmicks.


Replays​
So apparently out of my 300 battles with this team, i have 2 replays: one of me losing to an SD Skarmory from an iron head flinch, and another of me winning by getting two crits in a row.


I am open to suggestions, so please suggest something if you can, otherwise, thanks for reading this rmt!

While it is not necessary I'd suggest a Mega Mawile over Rhyperior, it kills mega salamence and other threats such as dragonite, heracross mega, Porygonz which threatens your team, I'd suggest a bulky moveset as I use but you're free to use the all-attacker:

Guess you forgot to tag Rumplestiltskin the gimmick king.

I tested this team it's pretty great but I vsed one of Rumplestiltskin's alts and he keeps beating me with Mega Altaria confide/iron defense/roost/hyper voice spam. I tried all 3 pokemon but I can't OHKO it.

Edit: I swapped out trick on Meloetta for Dazzling Gleam that way I can 2HKO his Altaria otherwise I'll never beat him.

Srsly lol, an rmt for 1v1 isn't really needed, but still nice team i can see how it checks alot/counters the top pokes in the tier.

Edit: talonflame is in top 25 most used pokes, LOL

Amazing drawing skills.
I've seen this team all over the ladder while playing. Haven't tested it yet but I've been having a good time fighting it because this team gets destroyed by rindo berry rhyperior. ChariY can't ohko and get's oblitirated. Rhyperior can't ohko and takes counter in the face (unless he decides to go for counter and then it gets pp stalled) and meloetta can only 2hko if she gets the Sdef drop but gets 2hkoe'd by eq.
Last edited: Apr 14, 2015

Rumplestiltskin said:
aesf, what have you done?
Click to expand...

Better add a pokemon to beat this guy's Altaria.

I beat him today after talking with you, use psyshock on it ,with melo
I mean, and after he confides u u can still kill it on the follow up.

You should run enough speed on zard to outspeed at least adamant heracross because he destroys your entire team.

And if the heracross is jolly...Giving Zard a +speed nature and 56 speed EVs and then investing the 48 spare into Sp.Atk can help overtake the heracross threat.
is there anything that Char fails to kill with that little bit of sp.atk gone?
However, its overall a very solid team Not Even Counter Char-M-Y, not even Specs Rhyperior
You must log in or register to reply here.
Share:
Reddit Pinterest Tumblr WhatsApp Email Link