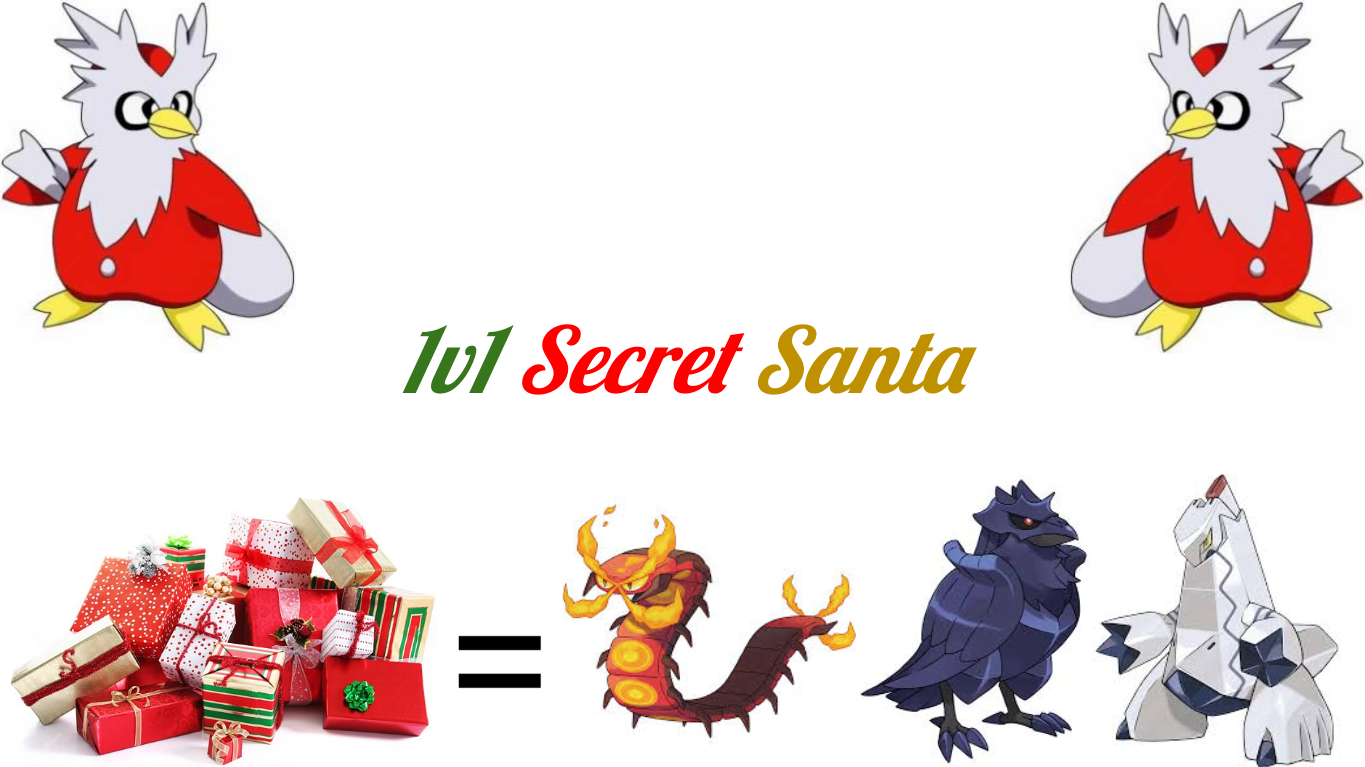 approved by Osra
op stole from wishes
As most of you probably know, Secret Santa is an event in which the members of a community anonymously exchange gifts between themselves. In this particular Secret Santa, which, deep down, will work similarly to a teambuilding workshop, each person who signs up will PM me with a Pokemon or a core (I'll provide more information on this below) they'd like someone else to build a team with. Afterward, everyone who joined the project will receive one of the aforementioned ideas and will have to build a team with it until the submission deadline. Finally, the teams will be sent to the people who requested them and this thread will be used for further discussion. Easy, isn't it? Let's get to the rules then!

in for da memes

In it to win it!
Arai come join uwu

In. but I need some help with teambuilding skills.