im with you is good

I don't know what I was expecting from new Dream Theater (yeah, it just leaked), but I was still terribly disappointed at how mediocre it was. Put it next to Awake, SFAM, I&W or Train Of Thought and tell me it isn't a joke in comparison. Hell, even Systematic Chaos was better than this one.

At least new My Morning Jacket, Agora, Ghost Brigade, TesseracT, Gang Gang Dance and Does It Offend You, Yeah? were all very solid releases, and my album of the year now is new The World/Inferno Friendship Society.

edit: ok, nevermind what I said about album of the year, just listened to the leaked new Opeth and I'm completely fucking blown away by it. will need a few more listens to accurately judge it but holy shit

carter 4 is terrible, end of story. lil wayne is a pretty good rapper but he has absolutely no singing talent, and the lyrics in some of the songs are positively cringe-worthy

So I'm not sure if I like or dislike it yet, but not only are there no metal growls on Opeth's Heritage, there is like no metal at all o_o

not sure how many of you like AJJ but

this is pretty much what i'm feeling. it's still got that opeth feel to it, but it needs a bit of time i think.

next up: new dream theater. now if only new mastodon leaked too...

doomvendingmachine said:
So I'm not sure if I like or dislike it yet, but not only are there no metal growls on Opeth's Heritage, there is like no metal at all o_o
Click to expand...

so it might actually be worth listening to, then!
will check it out i guess, have a bit of a list of 2011 albums to get around to listening to...

Flounder said:
so it might actually be worth listening to, then!
will check it out i guess, have a bit of a list of 2011 albums to get around to listening to...
Click to expand...

Based on your avatar, you might like it, it's pretty much straight prog rock. Akerfeldt has expressed his love for prog greats like Camel in the past, and on this album more than any other it shows. About the heaviest it get's is Deep Purple level heavy. After listen to it a lot last night, I'm at a 3.5/5, but it has a lot of room to go up.

EDIT: Despite not liking the last AJJ album even with all the praise around it, I'll give the new one a spin.

The new Opeth is more prog-rock than anything. Interesting Folk Rock elements in there too... It's different from what I'm used to hearing, but I do enjoy. Just not sure if I'm totally sold on it yet.

EDIT: I never asked you doom, do you happen to have an RYM?

Eh, music is music. If you enjoy something you enjoy it. You shouldn't let that keep you from posting.

Also, Wilco's entire new album is streaming on their site.


EDIT: Just finished listening. Omahgawd this is their best album since Yankee Foxtrot Hotel. Definitely better than A Ghost Is Born. "One Sunday Morning" is so beautiful.

Ninahaza said:
i am afraid to post in the 2011 music thread because of my signature
Click to expand...

why? because of the links you posted?

while I don't like any of those artists nor those songs, that doesn't mean I will crucify you. the nice thing about this thread is everyone is pretty chill & mature and you can talk about whatever music you want. judging someone off music taste, something so subjective, is very silly...

or: you're being tongue-in-cheek because none of the songs in your signature are from 2011... if so, :adam:

Glen said:
for anyone not bored of zzzgarage yet, swimming through sunlight by total babes is a great way to end the summer

probably has the best album cover of the year 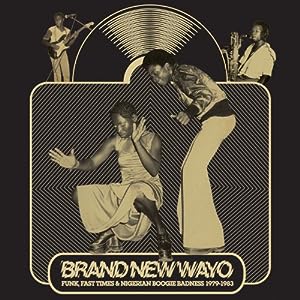 I've been enjoying this album too much to not post about it. It's a compilation of 15 Nigerian boogie, disco, and funk hits from 79-83. The most interesting thing about this is that it honestly doesn't sound too different from what was playing in the Western world at the time. The sound of Michael Jackson looms large over this collection in places, but nothing feels horribly derivative or anything of that sort. It's just a very solid collection of good to great tunes that I'm almost positive you won't have heard before. And it's a hell of a lot of fun.
Click to expand...

so i listened to both of these and they are both p. great

The past few days have been pretty good, the NPR stream of the new Neon Indian album was nice, I really really like the album.

The Drums' album, Portamento came out but I haven't had a chance to listen to it yet, so the single they put out (Money) is gonna have to tie me over till I can get a copy.

But what I've been listening to mostly is Elite Gymnastics, I like the cut of their jib, even if their kpop playlist had capsule which is CLEARLY jpop (really offended). Waka is such a great song. 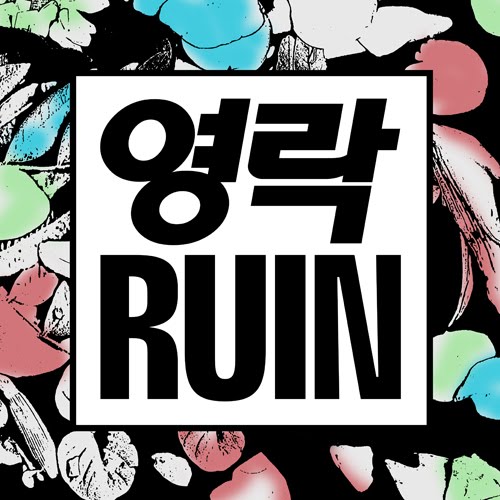 a recent waffles freeleech has given me an excuse to download a handful of 2011 albums, here are my thoughts:

Andree Jackson Jihad - Knife Man is pretty good, nothing incredibly special though. I'm not a huge AJJ fan though, so these are my thoughts on 95% of their material...

DJ Shadow - The Less You Know, The Better is phenomenal. Ranges from chilled out to ridiculous, and strings those feelings together beautifully.

Jonathon Coulton - Artificial Heart is pretty chilled out, but none of the songs have the... charm? of many of his previous efforts. It's certainly difficult to outdo Code Monkey or The Presidents, and some songs do come close, but overall it falls short of my expectations. Good for what it is, IF only for the last 3 tracks.

Omar-S - It Can Be Done But Only I Can Do It is cool, laid back house music, on par with his previous releases. Definitely recommended.

Opeth - Heritage. I hate or at least am bored to tears by pretty much every modern prog band. Opeth's previous efforts all fell neatly into the former category, but I gave this a listen on the off chance that the fact that Opeth was apparently dropping the "prog metal" sound entirely. Perhaps my low expectations led to a bias, but I found this to be pretty bland, uninteresting progressive rock. There were a few moments where I thought something interesting was going to happen, and then was sorely disappointed.
I fully understand that this opinion is probably going to be in the minority, if not unique, but it is what it is, I guess.

Red Hot Chili Peppers - I'm With You is, for what it is, pretty cool. For a Red Hot Chili Peppers album, it's still pretty good. If everyone were to face the fact that the Chili Peppers aren't going to write another Californication or BSSM (like they should accept there won't be another Castaways and Cutouts, Blue Album, etc.) then it would probably be appreciated a lot more than it will be. But like Stadium Arcadium before it (which was a great album, fuck every), it's going to be largely disregarded.

Was anticipating this so much. It did not disappoint. Can't wait to listen to this in my car nonstop for weeks.

It's supposedly a snippet from am upcoming new Black Star album, which would be the best thing ever. This snippet is pretty much just Mos Def rocking it over a Madlib beat, Def sounds in good form. It's just a snippet, but if this thing is released in 2011/2012, then it would jump to close to the top of my most anticipated albums.