Free agency officially kicked off about an hour ago and its been busy.

Some notables so far:

You know I started getting tired of skip bayless' incessant bitching about Kawhi, but you know what, he was right this time. Leonard and that snek PG finessed the Lakers good. OKC officially the whore of the league. Cant believe they ever had Durant harden and Westbrook at one point.
Ah well, we only have Jeanie to blame for being a petty bitch and not bringing Jerry West back. I always knew it was a bad idea not to retain him but didn't expect to get burned like this.

Not much silver lining besides we still got two top 6 players and managed to nab some 3-D wings. All the stars coming to LA one way or another. Toenail clippers better get just as much hate as the Lakers after this

Moderator
So, this just happened, huh... I never thought I'd see my team going into the season as a top 3 favourite in the league but here we are. Kawhi and PG add to an already stacked defensive lineup (Bev Klaw PG Trez is absolutely absurd defensively) and make me extremely excited about what we can hopefully do for the next 3-4 years. The one downside was losing SGA, who's someone I really enjoyed last year and think will be an extremely good player in a couple of years but that's the price you pay in the league these days for the superstars. 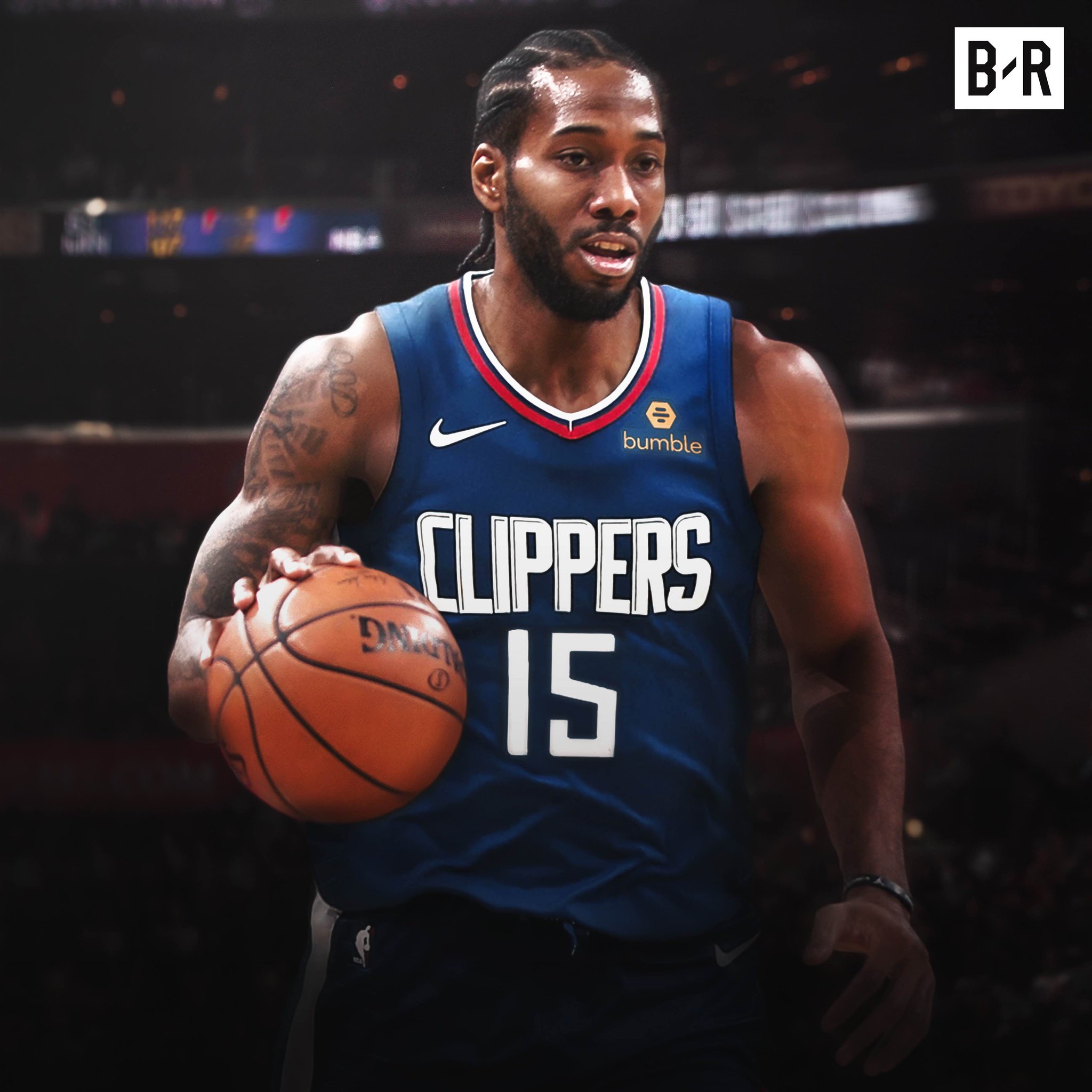 Paul George really demanded a trade from Indiana, got sent to OKC, committed to re-signing without giving other teams a meeting, then requested a trade as soon as Kawhi came calling. I'm hoping Presti at least called other teams to see if anyone was willing to give up some young players rather than just a ton of draft picks, but it is what it is. Just curious if he'd actually come to the Lakers if Presti refused to deal with the Clippers. He was clearly looking for max money with a future, and the Raptors future is unclear.

Jerry West is the GOAT executive and it isn't even close. Save me that Buford/Ujiri/Ainge bullshit, they don't even come close. Jerry West has recruited Shaquille O'Neal, Kevin Durant, and now Kawhi Leonard.

Rumor is we'd be interested in Kyle Korver if James Jones the Suns buy him out. Memphis don't look like they're going to buy Iggy out, unfortunately.

Lakers signed Quinn Cook for 2 years/$6 million which I think is solid.

I cant wait to hear what the talking heads make of the clips giving up LITERALLY EVERY SINGLE 1ST ROUNDER they owned as well as their future star SGA. After as much shit as the Lakers got for "overpaying" for Davis, clips better get raked over the coals for mortgaging their entire future last night

Randombobman said:
I cant wait to hear what the talking heads make of the clips giving up LITERALLY EVERY SINGLE 1ST ROUNDER they owned as well as their future star SGA. After as much shit as the Lakers got for "overpaying" for Davis, clips better get raked over the coals for mortgaging their entire future last night
Click to expand...

2021 Miami (unprotected): The Heat will probably be quite different unless they re-sign a bunch of deals. With the East as weak as it is, and Butler likely still on that team, it's a mid-first rounder at best.

2023 pick swap: LAC won't be bad enough to end up in lottery, mid-first round at best again.

So really, we're looking at maybe two mid-firsts, a late first, and whatever comes along in 2024 that might not even be theirs at that point. I understand the value of picks, and Presti has a decent record for drafting mid/late first round, which makes it tougher to call. Won't be surprised if some of these picks are used as a sweetener to ship Russ off, either. And if you're LAC, giving up a young player with potential in SGA plus four unprotected firsts, one lottery-protected first, and two pick swaps for an All Star and a superstar in their primes? I think that's a deal you do every single time.

Anyways, we re-signed Rondo and got Boogie while I was sleeping, so here's the updated depth chart:

My point is that we also got blasted for giving up a haul for an all NBA talent. I'm tired of all this slanted journalism being funded by the douche ballmer's pocketbook. People jumped on pointing out that AD is injury prone even though he's been mostly healthy then last two seasons but would love ignore that both PG and #2 have missed as much time if not more than AD with worse injuries. Davis has never had the luxury of load management that Leonard has enjoyed most of his career bit was pressured as being the man in NOLA. I just want a fair shake and for everyone to stop going after the low hanging fruit of out FO/Ownership. These are normal sized collars, find another slant.

I've given up on the media for years now, it doesn't really matter to me what they say.

Gave it some more thought and I'm not sure Rondo starting is the greatest idea, but neither Caruso nor Cook are really starter quality. Elsewhere, I like Kuzma as our bench scorer (he apparently reconstructed his shot this summer so hopefully he'll improve), and while I'm not sure Boogie can play starter minutes, I'm not a fan of playing Davis and McGee at the same time. We need either one of them on the court for defensive purposes, but not both. And having Boogie come off the bench with Kuzma is just not smart defensively. Davis probably has to play some center minutes, which he's done a lot of in recent years anyway. Closing out games, I'd like to see AD at center with both Bron and Kuz to complete the front court, then Danny Green at SG (because I'm sick of seeing the ball end up in KCP's hands in a clutch situation), and idk who at PG. 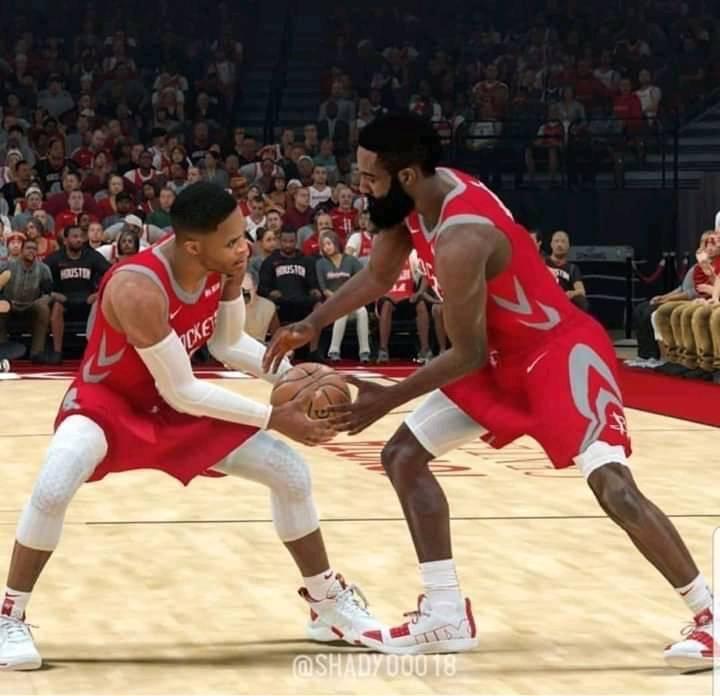 Honestly, Westbrook + Harden doesn't sound as bad as it may look on the surface.

Let's be real: CP3 is another year older, and while I acknowledge his defense is amazing for his size and position, I can only assume a sharp decline is very near in the future. If you're Morey, you have to shore that up. Westbrook is the perfect mix: it's the opposite style with an unknown ceiling, and Westbrook/Harden technically already played together and should be decent off-court friends more than anybody that's probably ever coming aboard.

Westbrook can't shoot a lick, but his off-ball skills are still untampered with. Is D'Antoni the kind of coach to unlock his off-ball, 2 guard mentality? It is Harden's team, so I think being in an organization and structure where Westbrook is the outsider will at least help get him to get in the mentality of doing things without the ball is actually better.

And who knows, maybe Westbrook taking a backseat similar to the way he did last year boosts his defense even more and thus his efficiency offensively. Not to mention, this is the most space we'll see Westbrook operate in since like, ever.

I see more positives than negatives. That's for sure.

Morey is actually garbage, idk why the Rockets haven’t fired him. Dude just acquires stars hoping they’ll win him a title. He signed CP3 to a ridiculous contract then somehow managed to trade it for a worse one while giving up more picks. If he were a Pokemon trainer, he’d be a dragon type specialist who stacks his movesets with STAB and no coverage.

Harden moving back to SG and Westbrook fitting in by chucking is gonna be great to see.

Uh.... yeah? This is the foundation of Morey's team building philosophy that he freely admits. Get as many top level stars and figure out the rest later. The Rockets havent gotten many big faces in FA in a long time, unless you count dwight lel. So Morey gotta give up assets to aquire them instead.

I heavily dislike the rockets and think the way Harden/D'Antoni approach the game is annoying and unsustainable. So when the team fails to win anything in the next few seasons and the entire FO and coach staff gets canned I will laugh as OKC reaps the benefits.

Absolutely. But we have not 1, not 2, not 3, not 4, not 5, not 6, not 7, not 8, not 9, not 10, not 11, not 12, not 13, not 14, not 15, but 16 banners to show for it. How many banners finals appearances does a Morey-built team have? Acquiring James Harden was a great move, but that required OKC being cheap and not giving him an additional $2M per year, and that was in the middle of his tenure as a GM. Everything else has been shit. Lin and Asik after one good season, traded Lowry (as garbage as I think he is) for Gary Forbes, Dwight, Melol, getting ripped off for Chris Paul, then giving Chris Paul that extension, then somehow getting a worse contract in return for Chris Paul.

Never liked the guy from his Houston days and Morey was trying to fleece us by offering two of Kyle Lowry, Kevin Martin, and Luis Scola for Pau Gasol. He’s overpaid (loyalty deal) and disappeared in playoffs before this year. Apparently the other guy was holding him down all these years (surprise, surprise)

But in case you haven’t noticed, I hate every team that’s not the Lakers and I hate every player who’s never been a Laker, with a few exceptions.

Westbrook's game relies heavily on athleticism despite a history of knee injuries. His stats have been on decline already and barring a major change in play style, I'm not sure his game will age well, not to mention his contract is one year longer than Chris Paul's anyway.

Russ is younger than Paul. Paul also has an extensive injury history. Are you telling me Chris Paul's game at 36 is going to age better than Russ's? At the very worst this is a lateral move.

didn't morey build the team that was probably a CP3 injury (heh) away from a championship? dude must be incredibly lucky if he's so garbage...

And no. That team hasn't been to the Finals.