Welcome to the 2022 official Anything Goes Tournament Circuit! The circuit is an aggregation of individual tournaments spread throughout the year with varying generations and formats. They will award points towards the grand finale - the Anything Goes Championship, where the top 16 qualifiers will battle to earn the Anything Goes Ribbon. 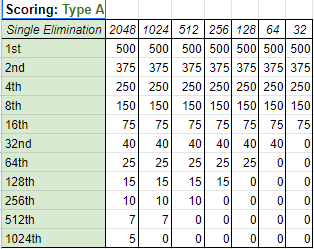 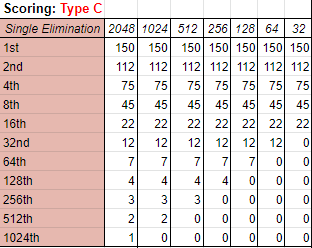 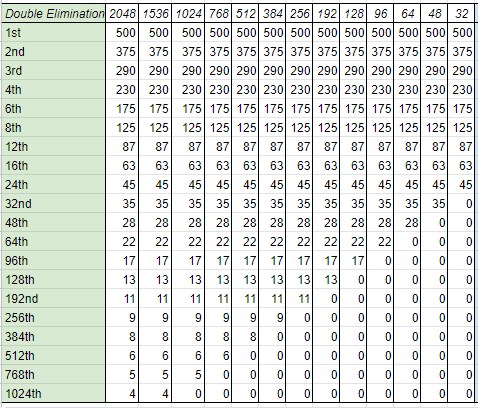 AG Seasonals:
Seasonals are Bo3 SS AG double elimination tournaments that will run twice (Winter and Summer) throughout the course of the circuit. The matchups for a Seasonal are not seeded.

AG Ladder Tournament:
This tournament is divided into two main components: a 2-week qualifying phase and a playoffs phase.
The qualifying phase is divided into 2 cycles of 1 week each. Players will ladder on designated alts and try to reach the highest Elo score possible by the end of the cycle. The 8 players with the highest Elo will qualify for playoffs, and then players will start laddering again on fresh alts for the next week. Once the 2 qualifying cycles have concluded, the qualified players will be entered into a seeded best of three double elimination bracket that will progress until one player is crowned the winner.

Grand Prix:
This two-phase tournament will use previous AG rulesets in similar fashion to the Smogon Classic. The first phase of AG Grand Prix consists of three individual tournaments: the National Dex cup, the USUM cup, and the ORAS cup. Each of these tournaments will be unseeded best of three single elimination. Players who advance in these tournaments will earn points towards the Grand Prix playoffs - the top 16 players with the most points at the end of all 3 tournaments will be entered into a seeded single elimination bracket to determine the winner. The playoffs format will be a best of three of all three formats, so players must excel in multiple formats to come out on top! The individual cup tournaments do not give points towards the Circuit Playoffs. However, you will receive points for qualifying for the playoffs.

Anything Goes Triathlon
A single elimination Bo3 featuring the 3 main generations of AG - SS, USUM, and ORAS. The loser of the first match (fixed to SS unless both players agree to a different generation) will then decide on the next generation to be played.

Anything Goes Premier League:
A team tournament where managers will draft players in an auction to assemble their team, after which all the teams will face off in a round robin. Once all the teams have played one another, the top team will advance to finals, while the second and third placing teams will face off for a chance to make it to finals as well. The tiers played and the number of teams will be determined closer to the date of the tournament.

Anything Goes Snake Draft:
This is Anything Goes' winter team tournament, featuring a snake draft as opposed to the auction-based AGPL.

Note: Dates for the tournament signups may be changed if we're running ahead or behind of the schedule. Additionally, we might include some more non-circuit or Type C side tours later in the year.
Last edited: Jan 10, 2022