P sure I got reqs

be in the 2v2 subroom

don't leave until you lose

I guess I got regs confirmed 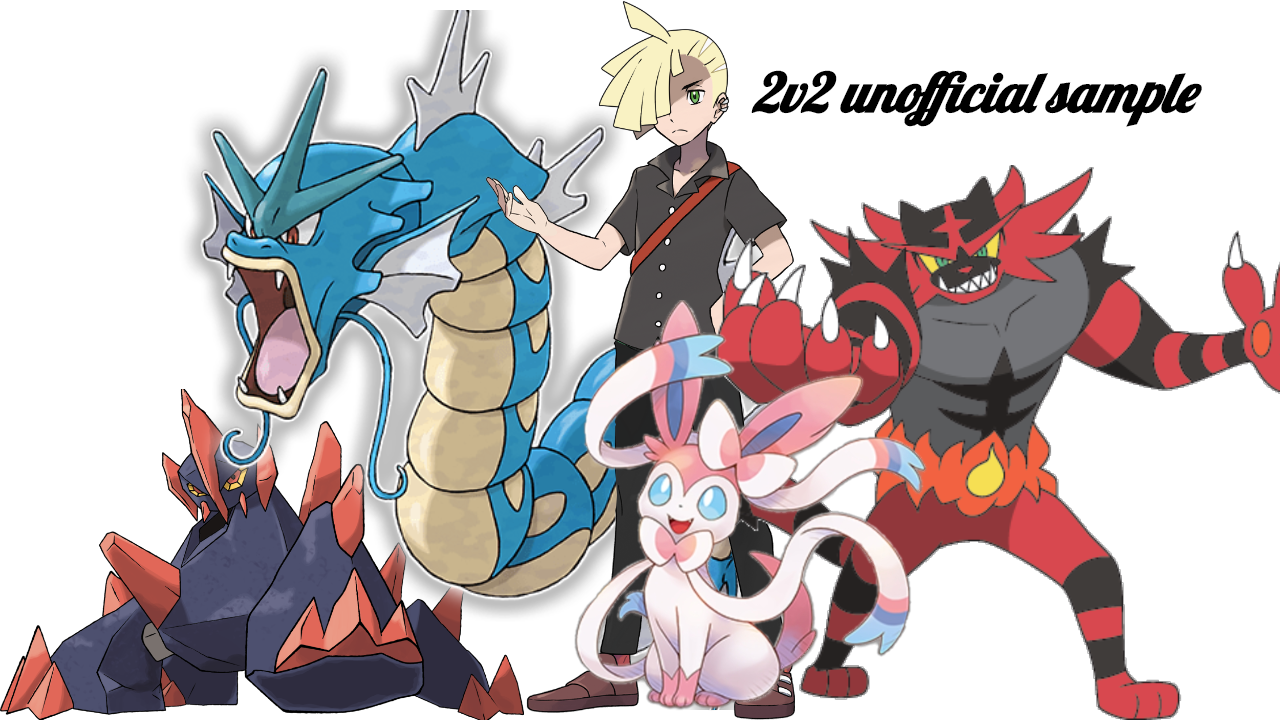 Incineroar @ Leftovers
Ability: Intimidate
EVs: 252 HP / 252 Atk / 4 SpD
Adamant Nature
- Fake Out
- Darkest Lariat
- Flare Blitz
- Protect
I also ran a 4th mon that I constantly switched but literally never used. I barely even used Togekiss but Incineroar would've done just as good in any match I used it.
The duo is fucking broken, but just because of Melmetal. A bunch of teams even ran anti-melmetal strategies and still couldn't win.
With Fake Out support, you are almost forced to run two mons that are both capable of OHKOing Melmetal, otherwise you can just Fake Out and kill the threat.
This mon is definitely ban worthy I have no idea why a suspect was necessary in the first place

By the way, Dragonmirror and Smajet got reqs on Thursday. They were decided due to the third candidate never getting in contact with me.

60% pro-ban majority is required for a ban, which was reached. Thus, Melmetal is now banned from 2v2 Doubles. Tagging The Immortal for implementation.

from 3 to 2
Kommo-o is a great allround pokemon. It can abuse its custom move Clangorous Soul that can be used several times and can also run a Assault Vest variant with Body Press and Poison Jab for the fairies in the tier.

from 5 to 4
is a ok breaker. Scarf Adamant Hustle hits surprisingly hard. It got good coverage with High Horsepower and Fire Fang too. Its bulk is kind abad but it still deserves Rank 4.

from 1 to 1.5
loses many mus because Sun got more popular. Torkoal sets Sun after Ttar sets Sand and so Solar Power Zard can just click Heat Wave or Solar Beam. The meatgame got bulkier with things like Gastrodon and Milotic too, but Drill just cant break them.

from 4 to 5
This mon is just bad and frail. With Torkoal always getting up Sun it gets punished by its low Speed Tier and bad typing leading to many weknesses against popular attacks like Body Press.
might add something later and delete Melmetal from VR

Rain Dance Sableye is the most "effective" counterplay to Sun.

Smajet said:
Sableye from UR to 2/3

Rain Dance Sableye is the most "effective" counterplay to Sun.
Click to expand...

I'd like to add to this that Sableye is also threatening through EncoreDisable along with Whimsicott and overall functions as an okay support. Tier 3 sounds like a nice spot for it.

Scrafty: Tier 2 —> Tier 1.5
Scrafty is honestly really useful which the current trends being centered around bulky Incineroar or sand builds because of its ability Intimidate. Dark/Fighting typing also benefits it well since fighting types thrive in a meta like this and Scrafty’s overall bulk helps it take down some of the most common archetypes in 2v2.

Incineroar: Tier 1.5 —> Tier 1
I would argue that Incineroar is one of, if not the best Pokémon in 2v2 as of right now. Same as Scrafty, Intimidate is the best ability in the tier and with its dual typing of Fire/Dark, it can take on/shut down the likes of Darmanitan-Galar (with some bulk), Sun Teams, Prankster Spammers like Whimsicott, Sableye, and Grimmsnarl. Overall the natural bulk, typing, and it’s great ability, Intimidate, makes Incineroar a Metagame staple.

Braviary/Hitmontop: Tier 3 —> Tier 4
I can see why the likes of Braviary can be used but I have yet to see a single person use it in the 60-70 or so games I’ve played in this tier, same goes with Hitmontop. Braviary after being intimidated doesn’t do enough with Superpower or Rock slide to do anything significant. Hitmontop is overshadowed heavily by Scrafty because of how weak it is and Scrafty overall just has more firepower and better bulk in the long run for a Intimidate Fighting type.

Bringing back teambuilding workshop because why not?

If you weren't here back in gen 7, here's the recap:

The first mon of choice will be Incineroar:

​
Being the face of many bulky builds, Incineroar finds itself on many teams due to its great bulk, intimidate, along with good stabs and amazing support options.

Also would like to mention that the winner receives 50 kyubits (if they want) and has their team featured as a sample.

I call it Incineroar's Mirage. As the name implies, this is a sand team that really appreciates Incin's help.
Sand right now is in an awkward spot because of sun being so prevalent. Incin naturally helps alleviate this issue w/ Fire stab scaring out Vena but this is often not enough to ward off sun. Be it Protect, Sleep Powder, or EP from Vena, sun has ways of dealing w/ Incin. And hopefully the opponent thinks so. With brand new technology Iron Ball Ttar you can lure in sun and decimate it. Iron Ball Ttar will under-speed Torkoal meaning Incin or Exca can wreak havoc w/ proper play. In addition, this team features Jellicent to help w/ TR. I'll break down what Incin does for every mon.

Ttar appreciates Fake Out support allowing it to get off a free Twave or attack. Ttar plays a more supportive role on this team providing chip and lowering speed w/ Twave. Depending on matchup, Incin may be preferable to Exca for dealing w/ various different team comps although the main help is Incin's presence on the team.

Exca will mostly be sent out w/ Ttar, however I can see there being a circumstance where raw damage is needed over Ttar's bulk and this would provide an opportunity for Incin to assist.

Jellicent really likes Fake Out support. Providing a massive amount of chip can leave Incin able to clean the two make an effective TR shutdown duo. Trick on the TR mon makes it useless leaving Incin and Jellicent able to gang up on the other mon. Energy Ball helps against the otherwise abysmal Gastro mu.