a good chunk of Hunter x Hunter is kinda vague in my memories since I watched the first parts of it super early in my anime career but I remember York Shin and Greed Island being pretty strong, and then you get to Chimera Ant which has some massive pacing issues (which the 2011 anime actually makes worse) but some A+ fights and finale. The arc after is pretty cool too, I quite like the variety between the arcs. In general I think it has maybe my favorite power system in shonen and a lot of good characters, both things it shares with JoJo, not coincidentally my other favorite shonen. Oddly I actually don't like Gon much, but he ends up in a supporting role a fair amount so it's not that big of a deal.

hxh arcs flip flop between being good and bad. greed island was so so for me since it felt so drawn out and not much of consequence really happened in it. it was a good detour but i much preferred the arcs with higher stakes and larger scale conflict, in that regard yorknew and chimera ant were definitely 10/10

I started watching Aku no Hana. It has probably the coolest anime ED song I've ever heard.


Anyway, I'm a big fan of the effect that rotoscoping gives it, but I feel like it's probably one of those really divisive things bc it does look kinda awkward a lot of the time. Just in general though there are lots of really cool pieces of visual direction throughout and just based on the first ep I feel like it's probably gonna have the kind of plot that I love. Might post again when I'm further into the show if I remember.

i didnt dislike any of the arcs, and everything Greed Island and above is great imo, with Yorknew and Chimera Ant being 10/10

I know Punchline was pretty flawed, but I feel like watching it again for some reason.

it has a vn coming out on steam if thats more up your speed. its probably better that way

RODAN said:
it has a vn coming out on steam
Click to expand...

To be honest, I'll believe that when I see it.

Natsume's Book of Friends is startlingly middle of the road for a show with five entries in the top 100. It's not bad or good. I enjoyed some episodes, but I'd rather be watching Mushishi.

I'm loathe to say it, but Fate/Prisma Illya is getting better. I wouldn't recommend it to anyone who doesn't want to go to hell, but instead of being boring, it's actually become pretty funny, often at the expense of the original source material. It seems like between this and Oath Under Snow, they actually have a really good understanding of Fate/Stay Night. I just wish they would make an actually good spinoff show instead of going out of their way to pervert the franchise literally and metaphorically.

My Hero Academia lives up to its potential much more in season 2. The hero killer arc is really great. It's not the best battle shonen yet imo, but it's easily one of the most entertaining shows I've watched on this list.

I wondered where Legend of the Galactic Heroes could possibly go after season 2, and I'm only more confused as to where it will go after season 3. It has its moments, but it feels like it peaked early, kinda like Death Note. It just never feels as spicy as it did during seasons 1 and 2.

Haikyuu improves quite a bit. It adds a new female character who is great, but then it ramps things up in terms of action. Haikyuu is all about build-up and payoff, and the two matches against Aoba Jousai are easily the high points of the series so far. While I don't like it nearly as much as Hajime no Ippo, at least this show steadily gets better, where Ippo only got worse.

Is Hataraku Saibou still not popular in USA?
Is the high school biology syllabus different from the rest of the world?

there's uh some isekai crossover being planned, if anybody got some wise idea what it might be

can't wait to see all of overlord's cgi contributions

Demoness said:
rodan loving the edgy rape anime is somehow not surprising at all tbh
Click to expand...

zombieland saga is definitely the show to follow this season. the first two episodes were funny, cute, quirky, and surprisingly self-aware. not to mention the director is a precure alumnus (in case u wanted any guarantee of quality). i think its the first mappa show ive actually enjoyed and heres to hoping it continues to be good. 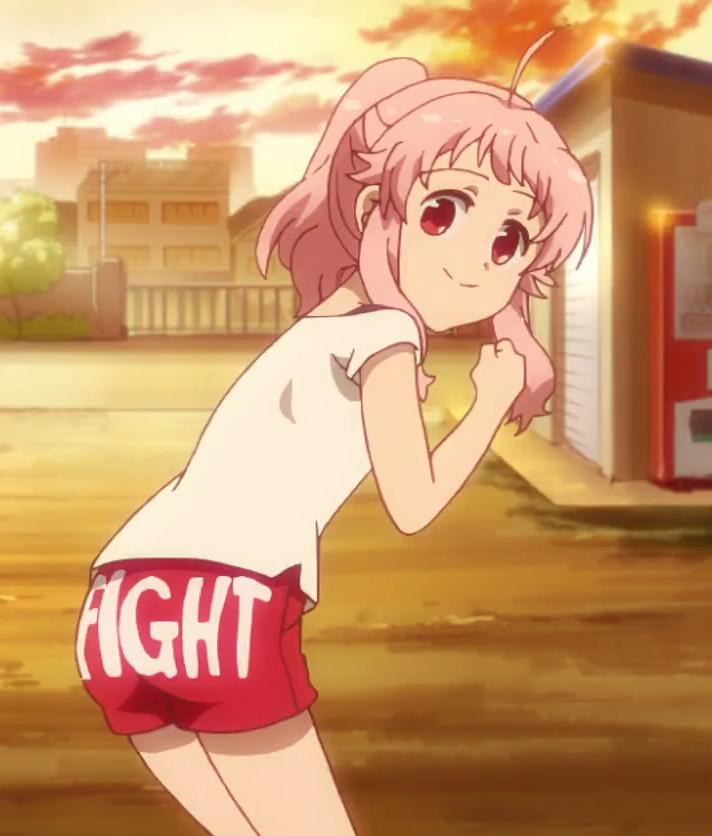 Hinomaru zumou is awesome, I know getting into a shounen sports sumo anime seems a bit dumb but episode 2 already had one of the hypest fight scenes I've seen in a while

Tonari no kyuuketsuki is dumb moe where the joke is that the normal girl is a weirdo that harasses the fairly mild vampire, the show is very gay though so I will definitely keep watching

Yagate kimi ni naru is actually gay, its first episode was mind-numbingly boring though, could be an interesting romance

Irozuku is really colourful and well animated but just keeps dancing around its own plot and concept and hasn't actually said anything yet. So far entertaining through production value alone

Goblin slayer is cool and good fun, controversy aside the extreme edginess feels at home and as a natural consequence of the world

Sora to umi no aida ni is an adaptation of a Japanese phone game I got into a while back, the anime is of hilariously bad quality and has a bit of fanservice but it has a really strong "girl power!" message so curious to see how anime news outlets will treat it. Its concept is also absurdly fun (fish are extinct but humanity still wants to eat fish so they built planet sized fish tanks in space and filled them with monstrously giant fish)

Uchi no maid ga uzasugiru is borderline pedophilia at a few points, the writer should be incarcerated, that being said the kalinka running scene is funny as fuck

Beelzebub-jou is a cute show about a half naked girl that likes fluffy things and her tsundere servant, shes also the queen of hell apparently I dunno

Kaze ga tsuyoku fuiteru cast full of gay but not as gay as yuri on ice. probably an anime about running and finding yourself seems a bit up its ass but the writers and production team are highly reputable so has potential

Akanesasu shoujo is what Rodan said, episode 2 was dumb as fuck though

Which anime is this from?

Cresselia~~ said:
Which anime is this from?
Click to expand...