Welcome to the Anything Goes Fall Seasonal! This seasonal will be part of the 2019 OM Tournament Circuit. Entering in this seasonal will earn you the points for an overall OM leaderboard, which contributes to achieving the prestigious OM Ribbon!

Other Metas Leader
Here we go 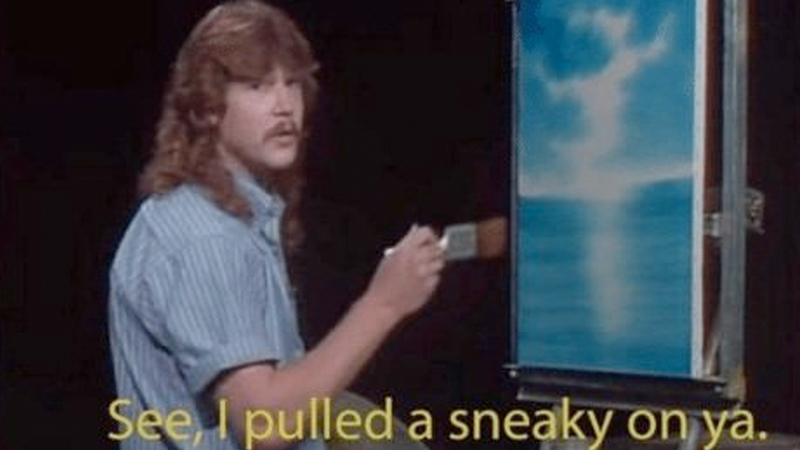 Edit: Also it is kindafreshdoe's fault for not reporting the results of the match

Drakus04 vs Quantum Tesseract - If it comes to this I hope QT wins cause if I end up here Ill drop out lol
PurpleGatorade vs Terracotta - Purple G.o.a.t.orade. Hopefully not the last cool MU with him.
Some Bob vs Dj Breloominati♬ - Some ppl say this is not just some Bob but THE Bob? Gonna be tougher if thats is true but Breloom to win.
frogger1387 vs LaBalladeDesCieux - Watch frogger lose this and get a wild card for finals?
mc56556 vs Unicorns - Gonna be fun to see how this plays out but Unicorn got more experience.
Cam vs pichus - 21 Savage Pichus got this. The zig zag pattern predicts Cam tho so who knows.

i know we got coinflipped but i played solarflarero and won in 2 ggs. can the flip be reversed or are we too late?

Reffrey said:
Also want to point out that KindaFreshDoe beat Frogger but forgot to post, shame on mods tisk tisk.
Click to expand...

AnythingGoesLegend said:
Frogger making r3 after losing in r2 losers
Edit: Also it is kindafreshdoe's fault for not reporting the results of the match
Click to expand...

neither of them posted the replays or claimed the win on the r2 thread. i assumed that the match never happened and gave frogger the win based on the scheduling (his opponent never replied to his message).


Hamhamhamham said:
i know we got coinflipped but i played solarflarero and won in 2 ggs. can the flip be reversed or are we too late?
Click to expand...

yeah, you'll get the win but please request extension if youre gonna play after the deadline -_-


GRNBLN said:
pichus Quantum Tesseract Not to be that guy but I dont get why we get an extension when QT had a 2h window to show up and didnt with no explanation? Its not like sheduling or anything was unclear at all as we agreed on the same time for a different game the week before and I double checked with QT if it was fine playing at that time again. I even checked smogon from time to time if QT left me a message. Due to my wifi not working for over a week now I decided to go on a small vacation until thursday so Idk how you wanna solve this but a 3day extension wont get this game done.
Click to expand...

again as I said on PS, I did not know if you guys actually agreed to the extension or not. gonna give you the act win since youre unavailable to play this week.


TectonicDestroyer said:
pichus Just wanna point out that 13Reasonswhy gave me the win straight after my extention post.

Revulsion vs 13 Reasons Why

As mentioned before, I will be dropping the tour. Good luck to everyone else!

Opponent decided to give me the W, you can check on his profile. 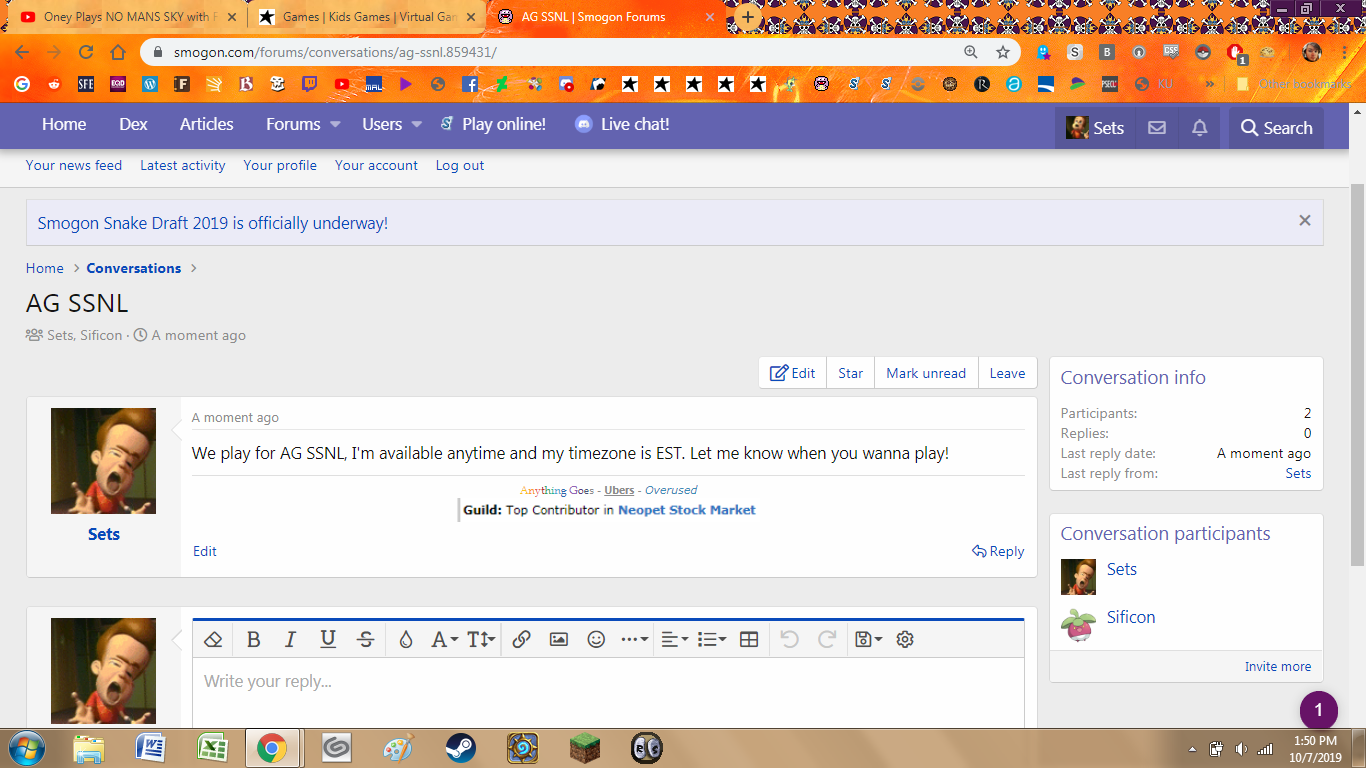 Drakus04 vs Quantum Tesseract - Drakus had a neat AGPL run but I think QT will have him figured out.
PurpleGatorade vs Terracotta - Here's my "no you didn't just write that" prediction of the week. Terra is a beast.
Some Bob vs Dj Breloominati♬ - DJ brought some cool teams vs me so I'm hoping this is the comeback story of fall ssnl
mc56556 vs Unicorns - Gonna be an interesting series and we're likely gonna see stall x6 but I think Unicorn has the slightest edge here
Cam vs pichus - pichus goat

dropping out, have no time

As of today I officially quit pokemon showdown and smogon forums forever. I will still be active on discord but that's it. No more mons for me, I will not go into the details but to sum it up I'll just say that I play this game way too much and I will not allow it to become an addiction. You can laugh at me if you want or whatever, some of you will miss me and some of you won't. I would make a goodbye thread but it's not necessary. If any of you want paste bins of my teams or replays from some of my insane ladder runs that people may not know about you can message me on discord. However, after this message has been posted I will not make another post on these forums ever again, and I will never return, even for gen 8. I will also say that a lot of the teams I've posted such as the ones in the AG bazaar are worse versions of the actual versions of those teams in my builder. Anyway my friends and frenemies, goodbye.

Chloe - You are ok but you should value the opinions of others. I always acted like a living meme in pms with you and I apologize for that.

General AG mods - you are generally a cool group of people but some of you need to loosen up, sorry

Skarph - you're one of the best ladder players in AG, possibly the best of them all, although a lot of people would disagree with me on that

Silent Mobius - I think you were one of my favorite users on this site, battling you on ladder back in early gen 7 was always fun

Lance - sorry that I'm giving a shout out to Lance everyone, but sir props to you for having one of the most successful ladder runs in showdown history

Unicorn(s) - You were one of the nicest people I've met on here, along with mc

Zarel - I wanted to give you a legitimate way to replace the rating system on showdown, and no not the one that I gave you before. Props to you for replying as much as you did to that train wreck of a thread I made on that topic so long ago. I will say this though, you should do some research on elo performance ratings and rating padding. If you're interested enough which I doubt you are find me on discord and I'll give you the whole scoop.

If I forgot to give you a shout out I'm sorry, but I think that I have written enough. Goodbye pokemon showdown and goodbye smogon forums, you will be missed but now I have new adventures that await my efforts.