hello everyone! I wanted to share this team with you guys, its an amazing team that revolves around my favorite Pokemon (reuniclus) and it shows how busted urshifu can be. Ill try to explain as best as I can about how this team functions, and every pokmon role in this team. Im not fluent in English so if you spot a mistake please tell me and Ill make sure to change it. anyways hope you enjoy. 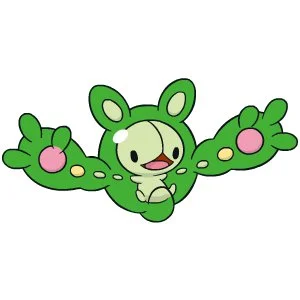 reuniclus´s ability to eat special hits and then hit back with 125 spA is nothing to sneeze at, reuniclus main job is to pressure opponents with future sight, then either switch to urshifu or use focus blast on an incoming dark type, with future sight nothing really switches into urshifu, and so they become forced to sack a mon to urshifu. it with pex can be annoying as well with double regen being able to stall some mons such as cm primarina. reuniclus is main job is to make a scenario where urshifu just gets a kill and wall the like of special kuyrem, alakazam, toxtricity and magnezone. all these mon cant 2 ohko reuniclus and reuniclus can, especially with regen making it able to pivot more then once eat the hit and leave, its a great partner to both urshifu and toxapex and overall makes those already busted mons even more busted. clefable is something thats forced to run in a meta where urshifu destroys everything. I decided to go with the trick set mainly because I have no idea how to use cm clef, and the wish set didnt work well with this team. this set provides sr which is nice and trick helps with my regen core. mainly here to deal with shifu and hawlucha and non orb zera because that mon ruins this team, but to provide some support in terms of trick and sr, i mean its clefable and clefable does what clefable does best. toxapex is a stupidly good mon, with its ridiculous bulk. its a mon thats can cripple opponents and then switch, and not lose much because of regen. it ideally forms a nice unit with reuniclus being able to regen stall certain mons and having the mons its weak to checked by reuniclus is something it appreciates a lot, rocky helmet so I have a way to ¨punish¨ urshifu, and not taking a 50/50 with clefable is nice, its basically here to wear down opponents with toxic and make sure they dont get out of hand with haze, and scald lucky burns have saved me in a bunch of games. overall pex with reuniculs are the main part of this team with pex ability to cripple opponents with toxic and reuniclus ability to add pressure to my opponent with future sight, they both give gengar or urshifu an opportunity to sweep. 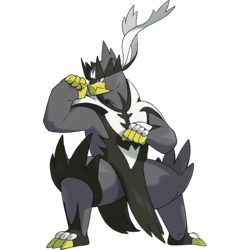 urshifu the most broken pokemon right now, with its 80bp move that always crits and an outstanding 130 attack stat to go along with it. it has forced many teams to run clefable to check it, this mon is simply put powerful, people forgot how insane this mon was when paired up with slowbro after slowbro became unviable, and so I paired it up with reuniculs and it was amazing. its ability to abuse future sight, and force ohkoes on crucial pokemon made the game way harder for my opponent. the item could be changed to scarf but I prefer the power that band gives but scarf is still really good with this mon. gengar is a fantastic pokemon, and is severally underrated imo, this set has ability to 6-0 stall easily being immune to toxic and immune to seismic toss and taking advantage of the special wall blissey as a way to set up with nasty plot. I find my self often destroying stall with this mon after quag is low on hp, but gengar isnt bad against offense either with scarf u bait pult, or trick scarf to volc or a set up mon, this mon can be an excellent cleaner as well, and provides with incredible speed control. overall an incredible pokemon. this pokemon was originally mandibuzz but decided i wanted something with offensive pressure and also be a check to crawdunt and rillaboom so i changed mandibuzz to a mixed hydreigon. defog because I have no other way of hazard control and roost for longevity, superpower to bait mons such as ttar and blissey and draco metor to one shot rilla/duant, this pokemon has enough speed to outspeed jolly rilla and even tho I use it mostly to defog hazards away, it can also clean some teams.


I hope you enjoyed this thread and please let me know if i made any mistakes in my typing.


counters to this team
zeraora lo is a huge pain to deal with since this team best way to beat it is trying to pivot to gengar but if its the pivot set or special clefable and reuniclus walls it but the lo set is really difficult for this team
volcarona is not as difficult to beat then zera but it can be, u ideally can switch to gengar and trick it or just toxic it with pex and play around if its the safeguard set its easier to just pp stall it so thats nice
lastly azumarill is a huge threat to this team if it comes in on hydreigon if its the belly drum set you have to try and put it in range of sucker punch other ways itll be way too difficult to deal with

idk what i should calc for gengar sorry

anyways thank u for reading this and have an amazing day!

Hey, here to rate your team.

By the looks of it this is a balanced team that is based around Reuniclus' Future Sight combining with Urshifu's Wicked Blow to break through most defensive cores. A solid defensive core is utilized, and you have great offensive threats too. I think some Pokemon do stick out slightly, and I'm going to try and address some of the threats you pointed out in my recommendations.

Hydreigon sticks out to me. With Urshifu and Gengar already on the team, I'm not sure why you'd pick another wallbreaker, so I think I'd replace this with a better slot. Looking through your threat list, I think SD Rillaboom would suit your team nicely. It acts as a nice cleaner for the holes created by your wallbreakers, and acts as a soft check to Zeraora and Azumarill. For this reason, I'd replace Hydreigon with Rillaboom. If you're looking to go for a more defensive route, you could also try out Amoonguss or Ferrothorn, but I think Rillaboom is the naturally better fit.

Now that the "big change" is out of the way, here are a few small recommendations. Personally I prefer Modest over Timid on Scarf Gengar, but I guess it depends on how often you plan on Tricking it away. Nevertheless, I'd experiment with Modest, as Gengar can sometimes clean up itself. You mention the Toxapex EVs being for Cinderace or Dracovish, both of which aren't OU anymore, so I'd change this to 252 HP / 252 Def / 4 SpD. If you're still having problems with Volcarona you could also possibly experiment with Thunder Wave on Clefable, but these are all options I think you should experiment with.

Nice team! I hope these changes help you in some way. Best of luck with the team

hello! the reason why I picked hydreigon was because this teams was weak to rillaboom and crawdunt at the time, but I changed it to itemless jolly rillaboom so it can be check both of the mons hydreigon originally checked, thank u for the tips! I also liked modest gengar a bit more, thank you a lot for the tips.
Last edited: Oct 10, 2020

I'm not a high ladder player or anything, but I tried this team out and it really struggles against entry hazards. There's nothing you can really do if you let them set up stealth rock and 1 or 2 spikes. I don't really have any suggestions, just wanted to point that out.

I'm not a high ladder player or anything, but I tried this team out and it really struggles against entry hazards. There's nothing you can really do if you let them set up stealth rock and 1 or 2 spikes. I don't really have any suggestions, just wanted to point that out.
Click to expand...

hello sorry for not responding sooner the way I deal with spikes is by applying pressure with future sight and not giving them an opportunity to set up any type of hazards although not efficient at all thats how I dealt with spike stacking. hope this helps

Urshifu Wicked Blow + Future Sight forces a lot of switches, do you think a Bulk Up set could be viable to capitalize off of those?
You must log in or register to reply here.
Share:
Reddit Pinterest Tumblr WhatsApp Email Link