Programming BattleHelper - Gets your opponents team & supports you with calcs

So, remember all these amazing tools like the DamageCalc, ReplayScouter (get the teams from a user by their replay) or SmogonDump (retrieve all teams posted on Smogon)?

BattleHelper is a tool which can analyze replays, look at all teams posted on Smogon and performs damage calcs on every new matchup!
This means that you can easily try to figure out your opponents team and see the damage you are about to do in just one initial mouse click! 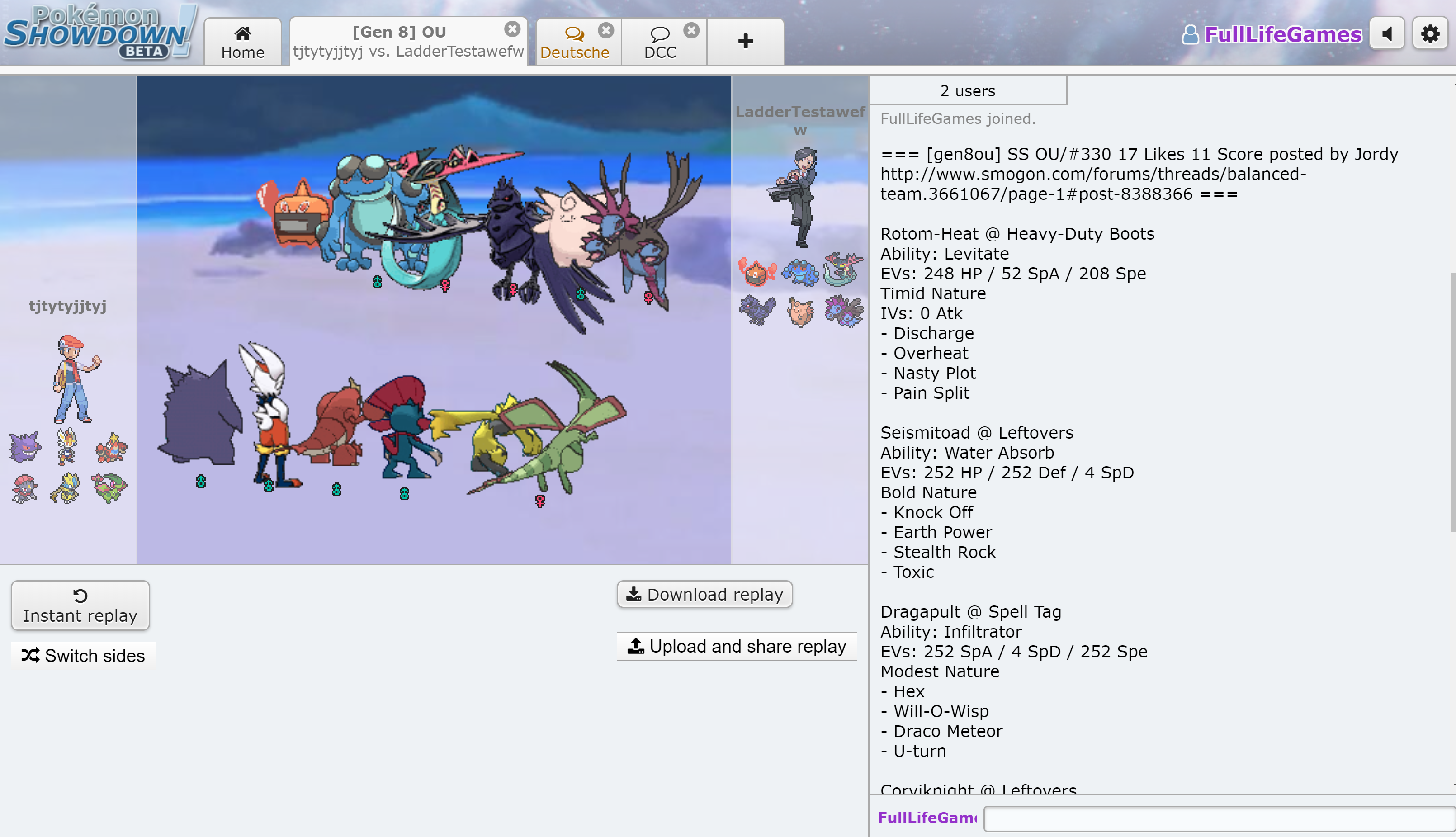 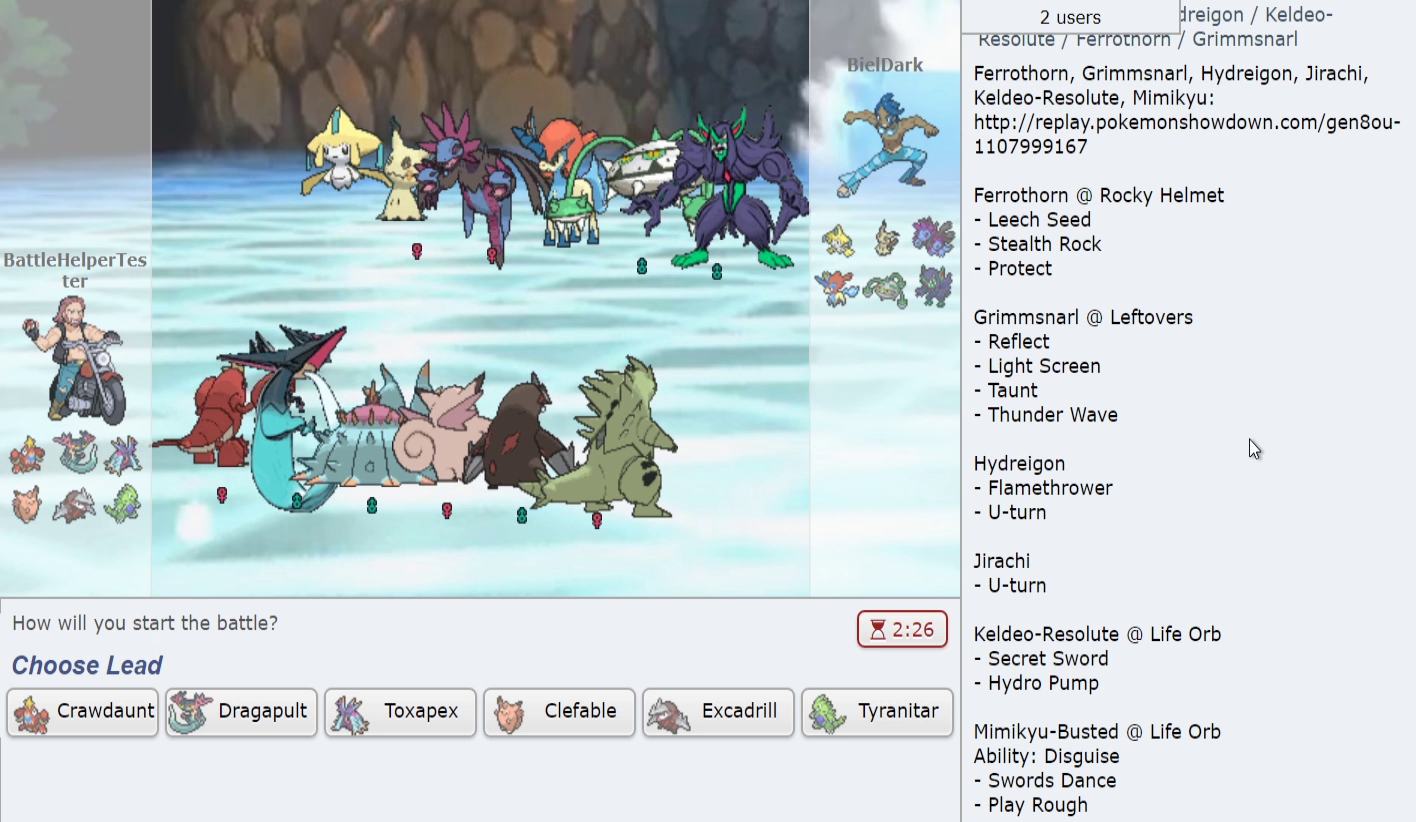 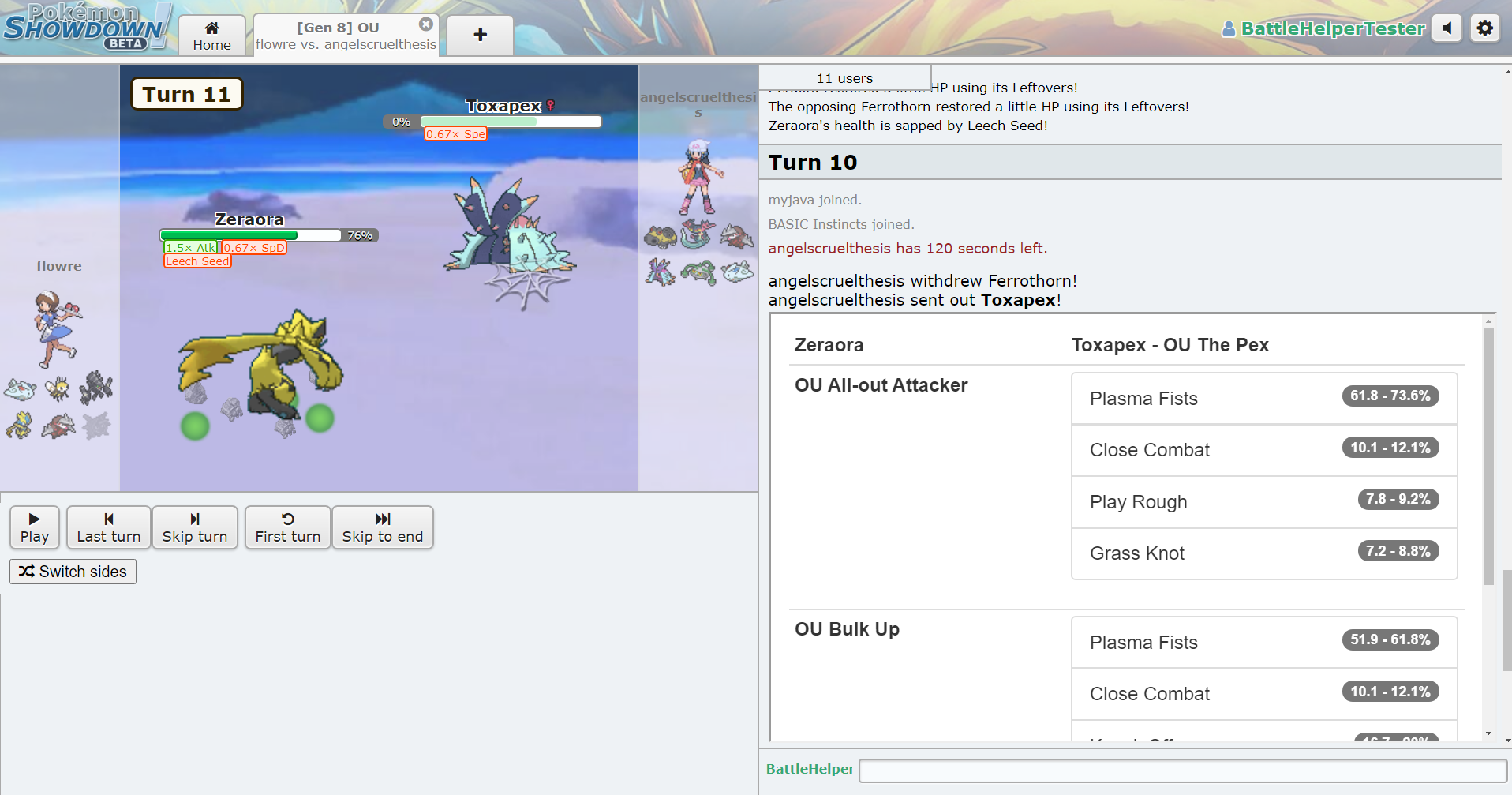 How do I install and use it?

Follow the guide here: https://github.com/FullLifeGames/BattleHelper#installation
If you want to use Custom Sets, include them here: https://fulllifegames.com/Tools/Calc/

I had early access to this browser add on and have used Battle Helper often enough. Beside several battles on the Showdown OU Ladder, in which the Battle Helper helped me to peak twice in one month, the Battle Helper was also a great support in my matches for the World cup of Pokemon. I will talk about some problems with the replay and team dump scout function of the Battle Helper later, but first I will focus on the calc function. Obviously the Battle Helper can not completely replace the normal damage calculator. This is simply because you can't change anything in the Battle Helper calc during the battle, for example you can't maximize an EV Investment of a mon like in the normal calculator if you want to calculate something in this scenario and also something like stealth rocks, hazards in general or weather conditions can't be adjusted manually in this calc. It is therefore recommended to have the normal Damage calculator available in addition to the Battle Helper. Although these are all things the Battle Helper can't do yet, it was very important to me in the games on the ladder, but especially in the tour games. Regarding tour games I am someone who thinks extremely long about the consequences and effects of a move, the plan to win and so on. Anyone who, like me, has to play with a low timer on smog tours knows that in such situations there is little time to enter two mons into the damage calc, read the right set and deduce the consequences, which is usually impossible in 15 seconds. Of course the Battle Helper shortens these steps extremely and allows you to get a concrete plan from the calcs even with a low timer, which was a big advantage for me. In addition, this calc function also strengthens one of the soft skills of Pokemon playing, which I think is very underestimated, the so-called "Head Calcs". I can only recommend to everyone, for example, if you're watching an important tour game on Smogtours, to turn on the Battle Helper and watch the different calcs turn by turn. If you watch many tour games in a certain tier, certain damage ratios will be remembered little by little, which will make it easier to decide in future games. The mentioned replay and dump function I personally see as a nice bonus of the whole thing. In important tour games it hardly ever happens that your opponent has already brought the team you just see in the preview and also on the ladder it is often not a good deal to wait for scouting due to the long loading time of the replay scouter in combination with the lower time limit, especially because in my experience you often meet users like storm zone on the ladder who have so many public replays that the scouting not only takes forever but is usually aborted because there is too much content. All in all, it only remains for me to express my extreme admiration for the way FullLifeGames has changed the way I play Pokemon in the past with his ingenious tools. I'm curious to see what Battle Helper will develop into in the future and I hope to contribute to this development through intensive laddering sessions in which I use the Battle Helper.
You must log in or register to reply here.
Share:
Reddit Pinterest Tumblr WhatsApp Email Link