Banner by E4 Flint​
What?
Just in time for the season, I am beginning a suspect on Shedinja as per discussion in the Suspect Thread and the Suspect Poll (more information below)

Why?
(Original Announcement - Poll that decided Shedinja should be next)
(Discussion on it began here)
Recap/Summary on the presence of Shedinja
How?

I have several reasons: allows me to eyeball ladder/room for suspect activity for future suspect tweaks, lets people know who are participating in suspect/raises awareness, etc. However, the key one that should matter is that if you don't have an alt with one with reqs, you can't vote/I won't count your vote.
NEW! The rest of smogon seems to now agree with me and this seems to be how most suspects are done now! Wouldn't you believe it..
Where?
You must post your proof of reqs in this thread and play your games on the main pokemonshowdown.com sim.

Shedinja will be in effect in the ladder for the duration of this suspect; I would recommend using it as much as you can to get a feel of how it is in the meta and have a good idea of it is broken, or if its a piece of its common sets, or if it is perfectly manageable after all.

Do:
Do NOT:
When?
This suspect period will last until 11:59PM Friday, November 1st, 2019 (<-this link will show how much time is left). I will try to begin the voting immediately after confirming some other details on how it will be done and posting the Voter Id Thread similar to past suspects.

ShedMiddleFinga said:
How convenient. An alt with shed in it. Not like I have many of those.

Didn't quite manage undefeated but I'm the first one done so it's close enough.

Reqs. Perhaps the third with reqs will be 41-1 and the fourth will be 42-0.
And btw shed was a terrible word to make puns with, that was the hardest part. 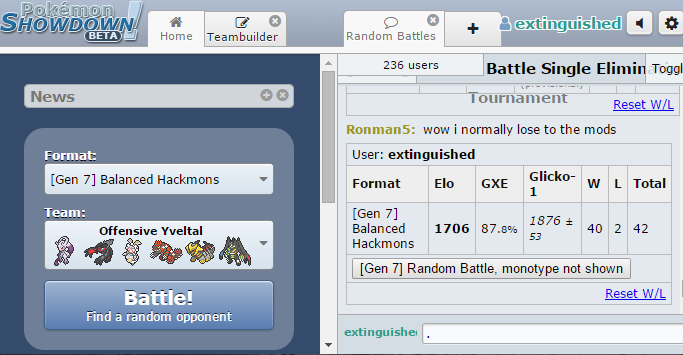 somehow got it ¯\_(ツ)_/¯
btw do these also count for the Tiering Contributer Badge?

Fought like 15 shed teams,
Spoilers: I didn't lose to them

I crack my knuckles. With labored breath I bend my knees and plop heavily onto my computer chair, a cloud of Cheeto dust rising about me as my lardy ass hangs out of my pants.
I lean in towards my computer screen. I toss aside a damp tissue that was left on my keyboard and start typing... “smogon.com”
The front page opens... the harsh whiteness sears my bloodshot eyes. I squeal in displeasure but begin scrolling down the front page. My tummy grumbles... I look down and pick some moist lint out of my cavernous navel. The bodily crumb does not satisfy my hunger after I eat it.
My lips are dry and cracked, with a shiny gleam of snot lining my moustache region, but I open my mouth wide to yell “MOTHER! Fix me some CHICKUN STRIPSS!” My hanging jowels vibrate under my chin as I bellow ravenously. Saliva showers the PC screen as I return to my web surfing. I quit yelling after I hear the woman upstairs turn on the oven to prepare my tendies. However, the physical exertion of yelling so hungrily caused me to shart my drawers. I sniff the air, but pay it no more mind.
Lo, I inhale sharply as I see an unwelcome post on the BH Suspects and Bans Thread: a Shedinja suspect announcement.
I feel a rumbling in my bowels... but not from chicken-hunger. No, no...
I shake Doritos crumbs off of my mouse and prepare to enter a comment. Yellow sweat begins to stain the pits of my white Che Guevera shirt... my heart rate begins to rise as I think about shedinja “heavily warping teambuilding” and BH “having only two viable ghosts.” Utter FOOLISHNESS. A flawed, bourgeoisie dogma.
I type furiously, possibly 25 WPM+ — as fast as my size 16 fingers will allow. I feel a bulge firming in my pants as I realize the brilliance of my superior intellect. I consider opening a... different... website as I viciously type, but put this desire aside in my pursuit of righting societal wrongs.
After an amount of time, mother brings me my chicken strips. I scream with the unbridled veracity of a cow in childbirth as I notice she forgot my fucking honey mustard. She stumbles up the stairs and then back down with my sauce; I grunt in satisfaction and stop typing to refuel my engorged body for the arduous task that lies before me.
I slam fucking chicken strips in my gaping mouth and gobble them down my gullet like an obese hyena scavenging in the Sahara. After finishing my meal, I let out a vicious belch and wipe my mustardy mouth on my shirt.
I commence my message on the suspect thread:

.....”Shedinja bad rof.” I type. I post the comment and smirk. I feel earlier’s shart dripping down my leg and onto the carpet.

My work is done. My thoughts turn to anime tits and I exit Smogon. I look towards my bed where my waifu pillow gazes back at me. I sigh and smile, slowly rising from my computer chair and waddling towards her.

Sunshine beams in from my basement window onto the stained space on my bed beside her. All is well.
Shedinja bad rof
Last edited: Oct 19, 2019

Meh 4 losses in one day after going 35-1 due to a disconnect.

42 games of low-mid ladder to decide a change that lasts for 2 weeks of bh, neat

my belief is that shed does have some issues with being potentially too strong and/or matchup-based, but the things it adds to the game make it not necessarily worth banning in my opinion. specifically, removing shed would lower the skill ceiling of the metagame by removing the complex situations involved in games with shed as well as shed teams' ability to autolose to very few things.

to support my opinion, let's look at the definition of "skill" outlined in the tiering policy framework, which is much more specific than the criteria in the suspects and bans thread.

I.) Skill - the subjective metric we use to judge player worth in competitive Pokemon.

building skill with shed should be pretty obvious. shed hardly stops the entire metagame by itself and there are numerous threats to it that you have to cover with building. this is hardly as simple as "slap on a random bouncer", most shed teams need a bouncer, but choosing the right one requires knowledge of all four of the points brought up. this means choosing a bouncer with good inherent viability and synergy with the team's goals that performs well vs common rockers, which can take creativity to optimize. general structures of shed teams have similar skill requirements to be fully developed. there's a reason i was only able to build 3 exceptional shed teams in 2 years.

and if anything, the battling aspect is even more dependent on the shed player's skill. typically shed teams have multiple potential wincons, but without access to the most powerful pokemon in the metagame (they tend to lack defensive utility and not be conducive to threat coverage, resulting in less consistency), the shed player needs a solid plan to reach this wincon. running pivots means sacrificing field presence, while stacking offensive threats means more auto-losses. to achieve the late-game wincon, the shed player can't rely on cheese and running away with an advantage state, they have to use all the battling skill principles above. and the opponent has room to outplay if they're good at the game. i can get more specific and cite examples from the games ive played if you guys want.

now, i know that this isn't always the case. shed teams can be tailored to achieve greater power at the cost of consistency, which we have seen in ompl and other high stakes games. but i think that consistent shed builds bring more value to the game than inconsistent ones take away from it, which is why i plan to vote no ban.

First one to do it in >42 games.
Seriously ran into minimum 20 moldy hazards while using a shed team.
Opinions on shed are in suspect and bans thread some pages back. 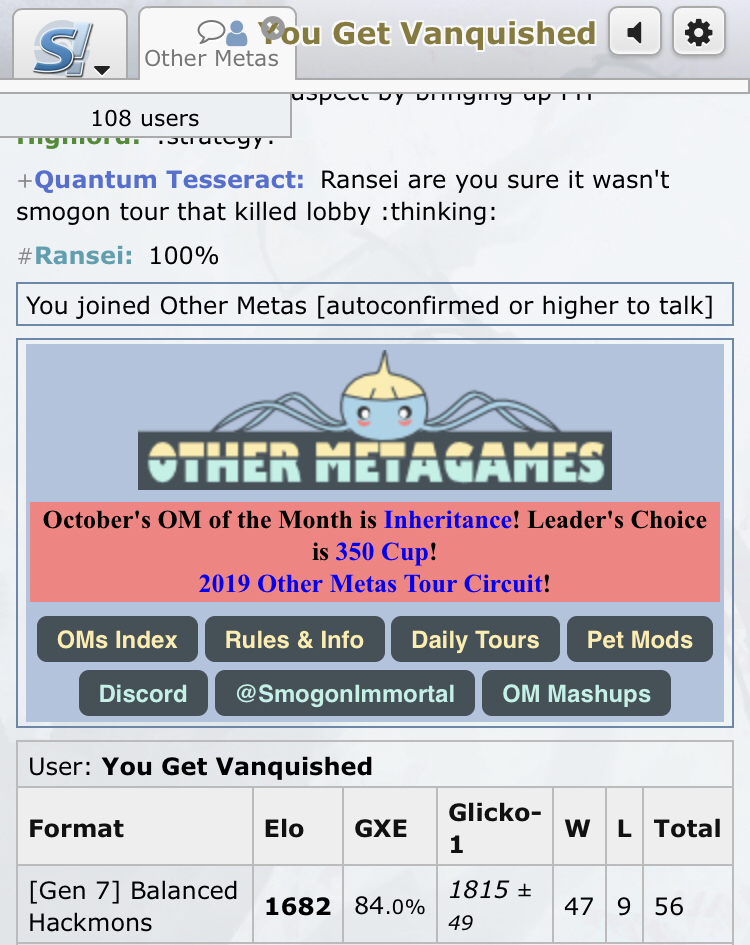 i'm pro-ban, [insert a text who explain why shed should be banned but i actually don't made because i'm lazy rn, maybe later].

In fact, I would have really liked to see a meta without Shed to be able to compare to the current one in order to judge more objectively whether or not Shed must be ban... Unfortunately that will not be the case..

Shed doens't ohko melina is an argument to not ban shed 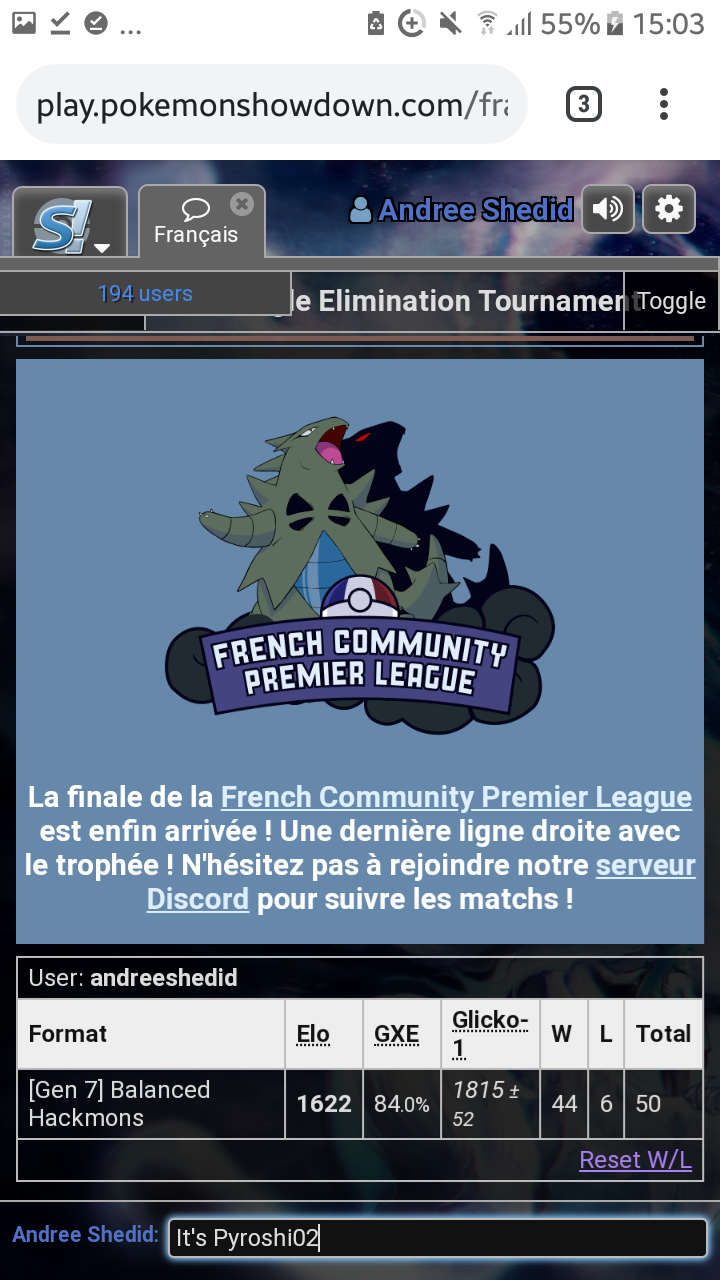 I will vote no ban, I think Shed is strong but it not deserve a ban.
I didn't run a special counter on each team, but with some offensive Pokemon like NormGar Tail Glow, you can completely disrupt Shed teams...
Also, I agree with Gurpreet Patel (Sent you a Friend Request) post.
Last edited: Nov 1, 2019