Captured Above: An average user of Water Bubble in Balanced Hackmons
​
What?
I am beginning a suspect on Water Bubble, as per the demand for one in a previously conducted vote (link here)

Why?
The sheer power augmentation of Water Bubble seems to put it into the category of the OP of the BH Suspect Thread:

However, there is some argument about it having limited users, and outright hard counters in Water Abosb et al, though it is true that these can be played around as well with moves such as Core Enforcer. To read more, view the discussion in the Suspects thread.
Though I think it should be pretty evident that Water Bubble is very splashable :^)

How?
It's simple; get 2700 COIL in the BH Suspect ladder; you can vote! Do so by making a new alt with "WB" anywhere in the name of the alt but they must be as one unit. See the following handy example:

Note:Just because the COIL is less than the CFZ Suspect, does not make it easier; in fact, this suspect is slightly harder since it may require more games for the same amount of COIL.
Here are the specific technical details for this suspect's COIL if you are interested:
B=11
COIL=2700
GXE Table:

There are some users with frustration on suspects being very long/tedious. To those, I have said that this is how the policy is but I do somewhat understand so I'm trying a new method of getting reqs along with the classic approach for this suspect
Where?
You must post your proof of reqs in this thread and play your games on the main pokemonshowdown.com sim. A new Balanced Hackmons (suspect) ladder shall be created for this suspect.

Do:
Do NOT:
When?
This suspect period will last 2 weeks, till February 26th. I will try to begin the voting immediately after confirming some other details on how it will be done.
If you have already achieved reqs via OPTION1 and OPTION2 you may begin posting proof right now.
GLHF!

Moderator
There has been some discussion on Water Bubble being OP only on Kyogre-Primal. While I don't really agree (AshGren, Gyarados and Palkia are all perfectly fine users before even considering non-STAB), I think to effectively prove this, it'd be better if we could complex ban Water Bubble only on Primal Kyogre only for this suspect ladder. The only options in the actual vote will be
Having an option for a full ban on Primal Kyogre begins an entirely different discussion on POgre's effectiveness across its abilities and sets, whether the broken element is from Water Bubble, or Pogre (or both) and some time on the ladder for Primal Ogre to breathe without Water Bubble, so it will not be an option for ban.

However, I am not sure if this is possible so I have made this post so that the OM leaders may clarify what the suspect ladder will be like. I personally think this will be a great way to get an idea of whether the premise that Water Bubble is broken only on POgre is valid or not. If this is not possible, I think it'd be better as before, to allow Water Bubble on the suspect ladder, to get a final taste on how it behaves, especially with the likelihood that it'll be used more during the suspect

FAQ:
Can I use my alt from the CFZ Suspect for achieving reqs?
No. Those alts will have their ranks reset so I cannot track them.

Can I ladder on my main for Option3?
No. I would prefer that if you do ladder, you do it with an alt with the right naming convention with "WB" as stated in the OP. If you use a different one, it won't be counted.

Moderator
[It'd be good to provide a full example of proving reqs and since I already have them I shall just do it.]
Hello, I will be using clchologram and OPTION2 for achieving reqs
Link to Smogon Post
ELO: 1698
GXE: 88.1
#Games: 78
Effective COIL: 3196 (Proof)

[If I wanted to share my full opinion briefly I would write it here]
[if your posts do not contain at least the information above in an easily accessible way, I won't count it as proof of reqs, simple as]

E4 Flint said:
[It'd be good to provide a full example of proving reqs and since I already have them I shall just do it.]
Hello, I will be using clchologram and OPTION2 for achieving reqs
Link to Smogon Post
ELO: 1698
GXE: 88.1
#Games: 78
Effective COIL: 3196 (Proof)

[If I wanted to share my full opinion briefly I would write it here]
[if your posts do not contain at least the information above in an easily accessible way, I won't count it as proof of reqs, simple as]
Click to expand...

Men say I taste like sugar but ain't shit sweet

Will probs still play ladder to see if maybe Pogre is the main problem (which i doubt)
Last edited: Feb 12, 2017

The Guy Who Has Many Alts

http://imgur.com/s0XX8uj
http://imgur.com/9u5Xl40
I would have happily gone for option 3 ~2 weeks ago but razzle dazzle and innards out tilts me so hard and makes it unbearable for me to ladder seriously right now.

On that note I really do hope we quick ban at least one of razzle dazzle/innards out. Also thanks IT11.

note the consecutive W and B and to (most of) the people whom I met on the ladder. Getting reqs was definitely a relatively painless experience.

This marks the retirement of my Xurkitree + Kyurem-B team as I attempt to make a new one. Overall, the team performed pretty well despite lacking counters to prominent threats like Primal Groudon. Thanks to everyone who helped me with it!

Let's get this ability out of the metagame! 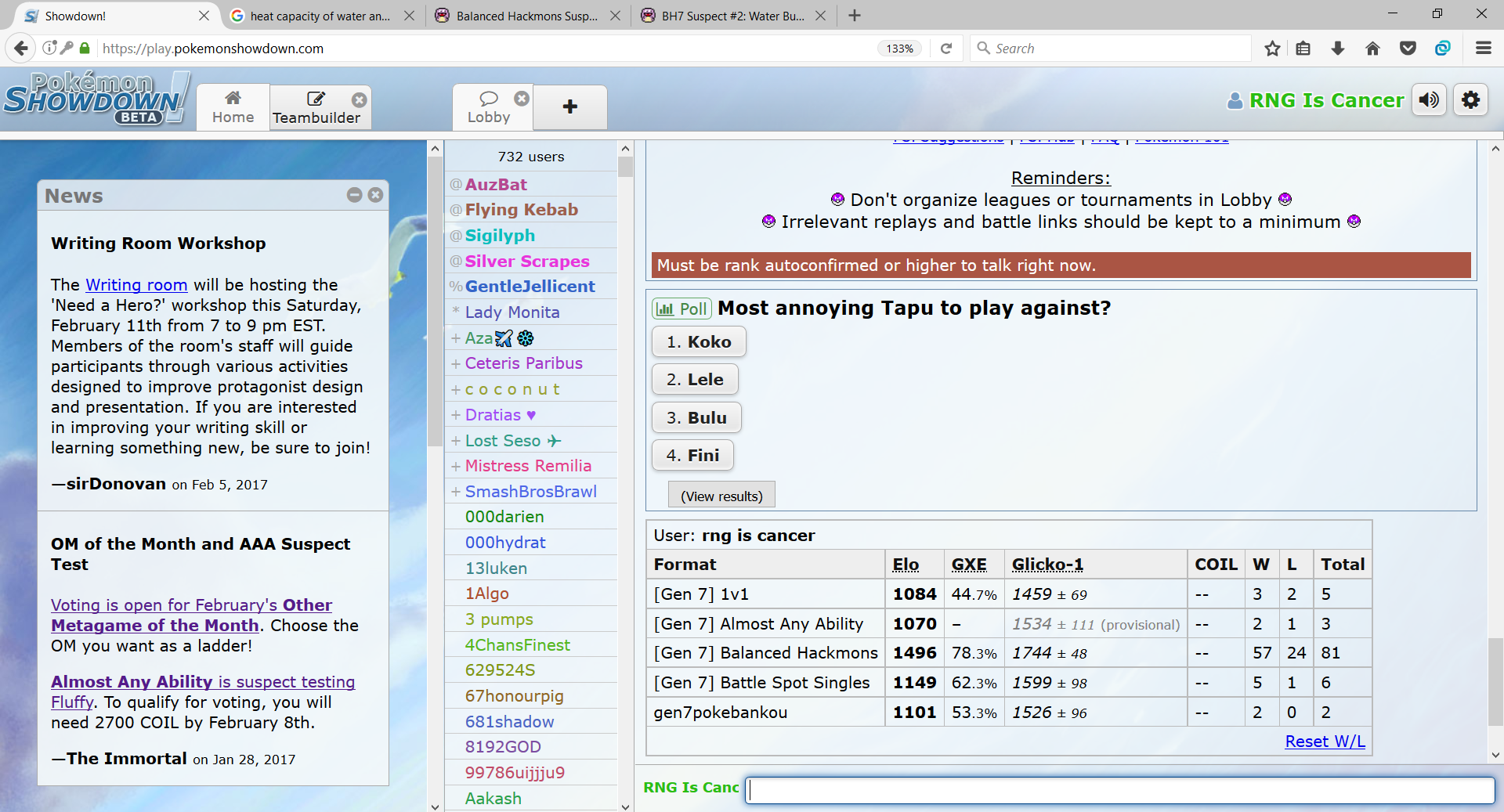 After about 100 games got the COIL anyway so I guess I am approved :-)

Proof inside the spoiler. 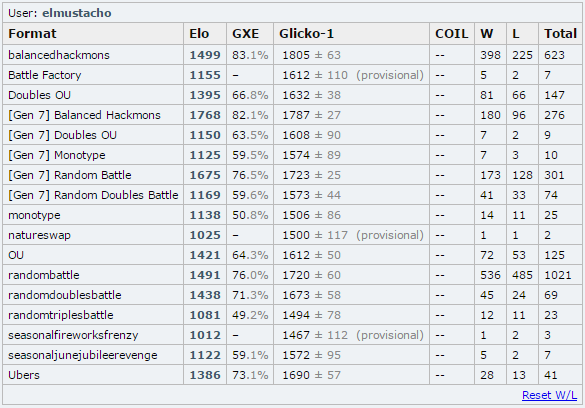 Why did you all have to bring the Water Bubble to earth, people? Let's send it back to... you know, the water. Or space. Space seems pretty good. I also heard abstract town needed a spare water bubble. Why don't we give them ours?

...I'll post my non-joke reasoning when it's time to really take to the showdown. I'm currently undecided as to whether to ban Water Bubble or not, but this suspect has reaffirmed my belief that Razzle Dazzle and Assist are both broken in BH and both deserve to be banned.