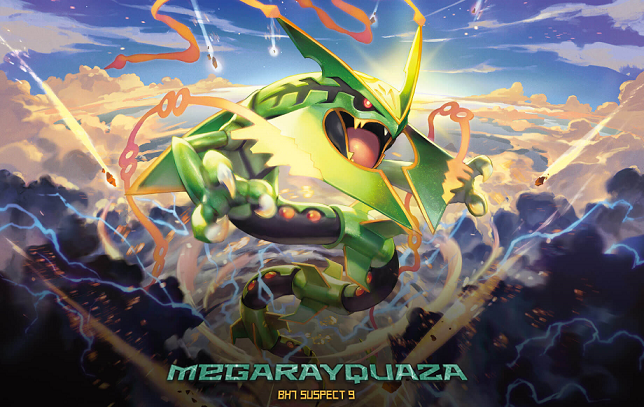 Source​
What?
I am beginning a suspect on Mega Rayquaza as per discussion in the Suspect Thread and the Suspect Poll (more information below)

Why?
(Original Announcement - including my thoughts on the issue)
Recap/Summary on the presence of MegaRay in BH:
How?

I have several reasons: allows me to eyeball ladder/room for suspect activity for future suspect tweaks, lets people know who are participating in suspect/raises awareness, etc. However, the key one that should matter is that if you don't have an alt with one with reqs, you can't vote/I won't count your vote.
NEW! The rest of smogon seems to now agree with me and this seems to be how most suspects are done now! Wouldn't you believe it..
Where?
You must post your proof of reqs in this thread and play your games on the main pokemonshowdown.com sim. Mega Rayquaza will be in effect in the ladder for the duration of this suspect; I would recommend using it as much as you can to get a feel of how it is in the meta!

Do:
Do NOT:
When?
This suspect period will last until 11:59PM Sunday, August 11, 2019 (<-this link will show how much time is left). I will try to begin the voting immediately after confirming some other details on how it will be done and posting the Voter Id Thread similar to past suspects.

the stillness buried deep beneath the illusion

fastest reqs i have ever made, hoo boy

s/o to Gurpreet Patel (Sent you a Friend Request) for penguin, mray + shed literally carried me in 3/4 of the battles i was in


What if you, however, just use Audino-Mega with Unaware? Triage is defeated, and then that proves that even it’s most powerful set, as you put it, is walled by none other than a Nurse’s aid. While Nurse Joy would be excited to hear this, I am sure anyone hoping to ban Rayquaza-Mega due to being “overpowered” would simply stand slack jawed before sitting-down... ultimately corrected into submission.

RIP to my first alt name, DicksOutForMegaRay, which was banned 20 games in to getting these reqs. Hopefully this one is a little more wholesome. 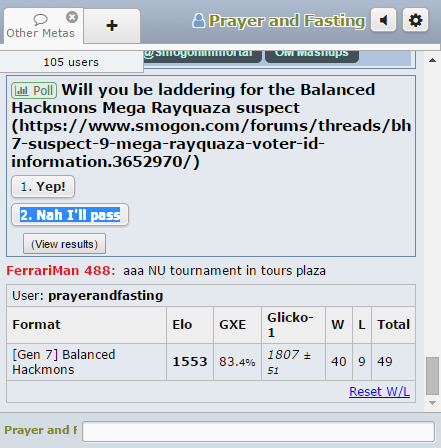 Turns out using Mono M-Ray can get you requirements 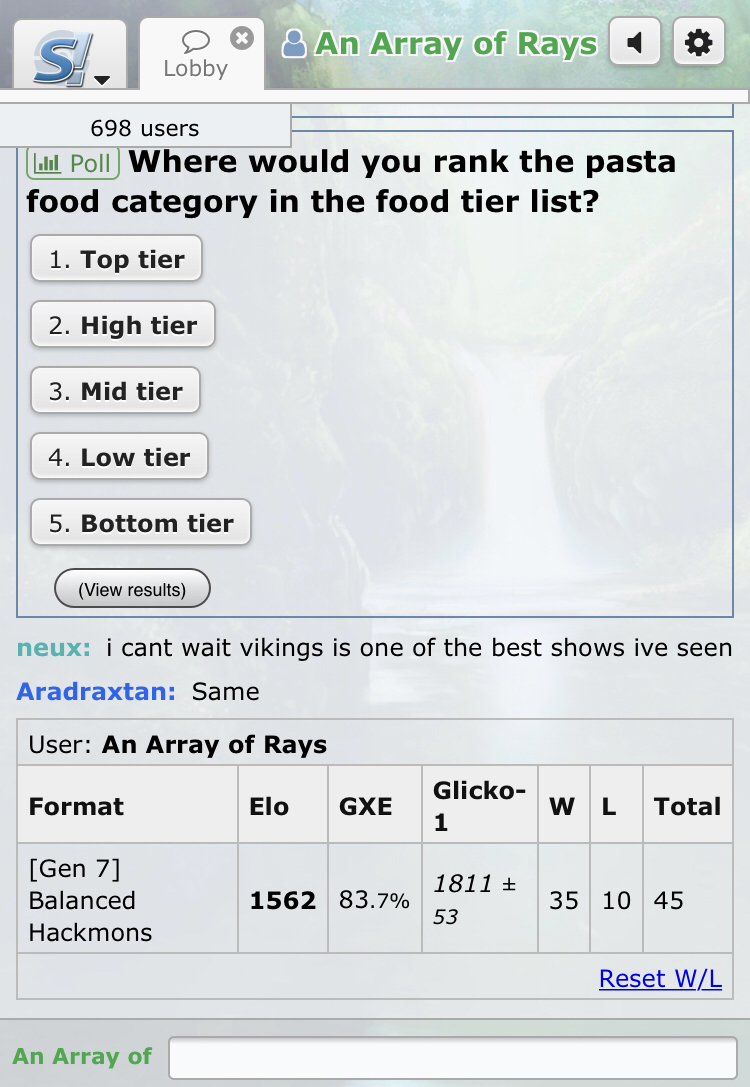 Pasta is a midtier food but ravioli is much higher tier
Last edited: Jul 30, 2019

I had a great time laddering with mindless HO, and here I am with reqs! :) 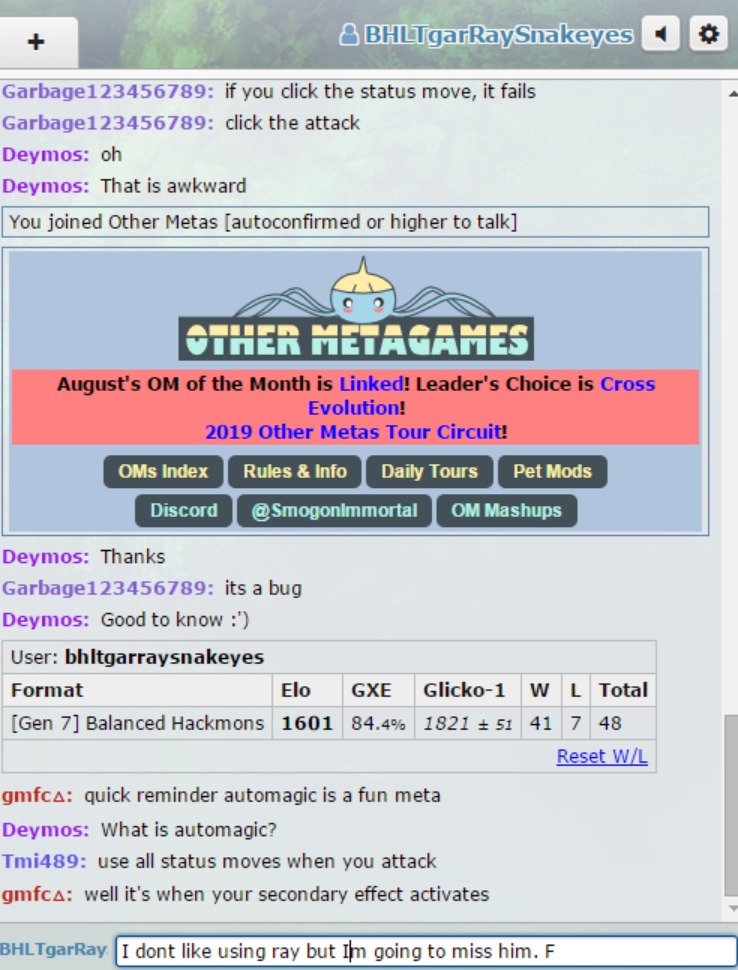 During this suspect I tested dark arceus, he is not bad at all.
Im using the same alt to sing up in the bhlt and take part in the suspect dabs. W-Wait thats illegal! 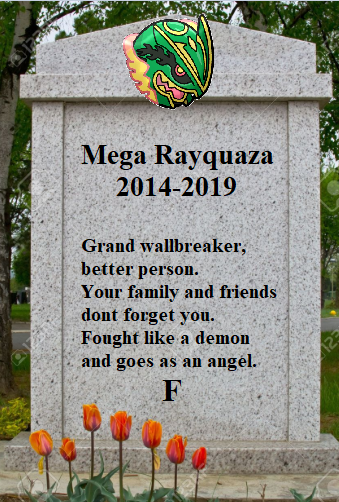 ima be suspecting under RAY Unbound

Steps up to mic, straightens tie, clears throat, taps mic.
"This thing on?"
Murmurs of assent.
Clears throat again.
"Rayquaza good."
The crowd excitedly begins to talk amongst themselves, many holding bated breath.
"Registeel..."
A hush falls over the crowd, rapt attention held.
"Bad."
Suddenly, the crowd goes wild, screaming their praise, demanding awards, running over each other to hug a loved one. Whistles of elation are heard and many are seen sobbing. World peace is enacted in acknowledgement to this monumental speech that knit the world together.

Reqs: done
Next step get a raving rabbit to the top of the ladd for the third time \o/ 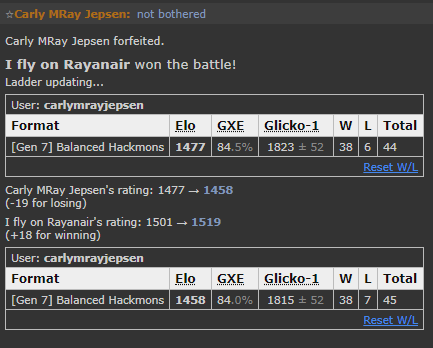 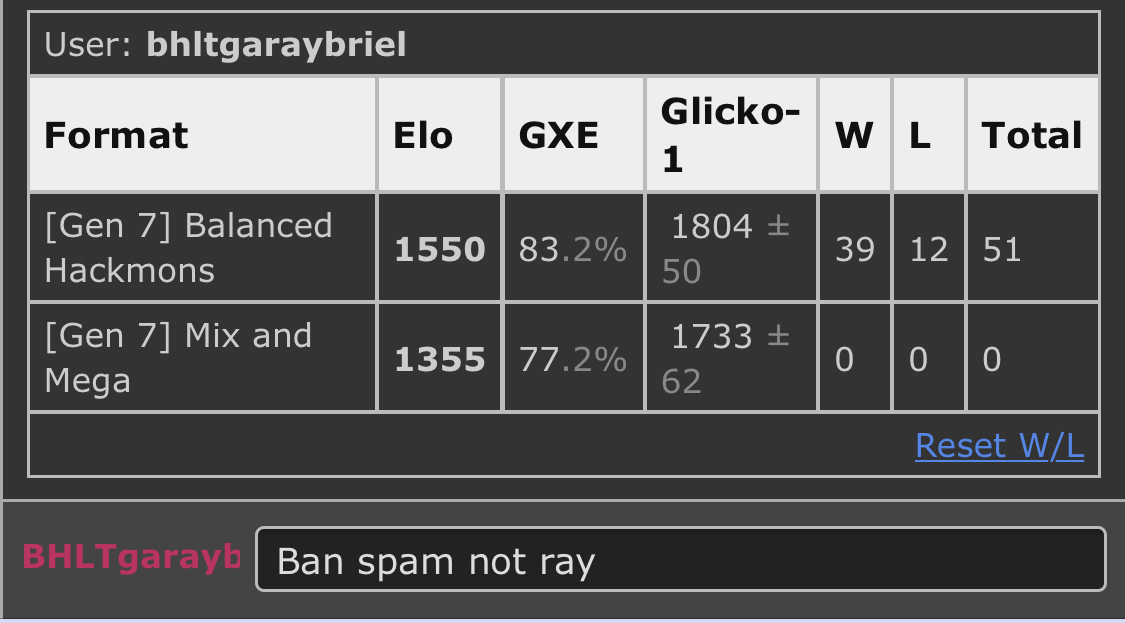 Despite the bad record s/o to spam being broken af. Still not quite sure if ray needs to go but in my eyes there are bigger problems for BH rn.

https://imgur.com/a/kafl9BN
S/O a loser for sniping my with cts, you might have hurt my record but the ladder was so dead you still helped me qualify sooner lol.

Fuck this mon, only wish I could ban shed too.

shoutouts to MasterMewtwo for his kind words when i was locked for using a proxy. and his elo as well, made getting reqs much smoother

Got reqs was, the last 2 losses were bs...
Who gets double freeze on a kyogre and yveltal ugh from a fricking prank registeel...