What?
Based on community discussion, the BH Council is beginning a suspect on Intrepid Sword. To clarify, if the vote results in a ban on Intrepid Sword, Zacian-Crowned will still be accessible via Zacian @ Rusted Sword in the teambuiler.

Why?
Intrepid Sword is by far the premier ability for physically offensive breakers. A guaranteed +1 in Attack upon entering battle makes users immediately threatening and can force specific measures of counterplay, namely Fur Coat, to be used on every team.
How?

Where?
You must post your proof of reqs in this thread and play your games on the main pokemonshowdown.com sim.

Intrepid Sword will be allowed in the ladder for the duration of this suspect; I would recommend using it as much as you can to get a feel of how it is in the meta and have a good idea of if it is broken/unhealthy, or if it is perfectly manageable after all.
Do:

When?
This suspect period will last until November 24, 2020 (<- this link will show how much time is left) We will try to begin the voting process immediately after confirming some other details on how it will be done and posting the Voter ID Thread similar to past suspects. 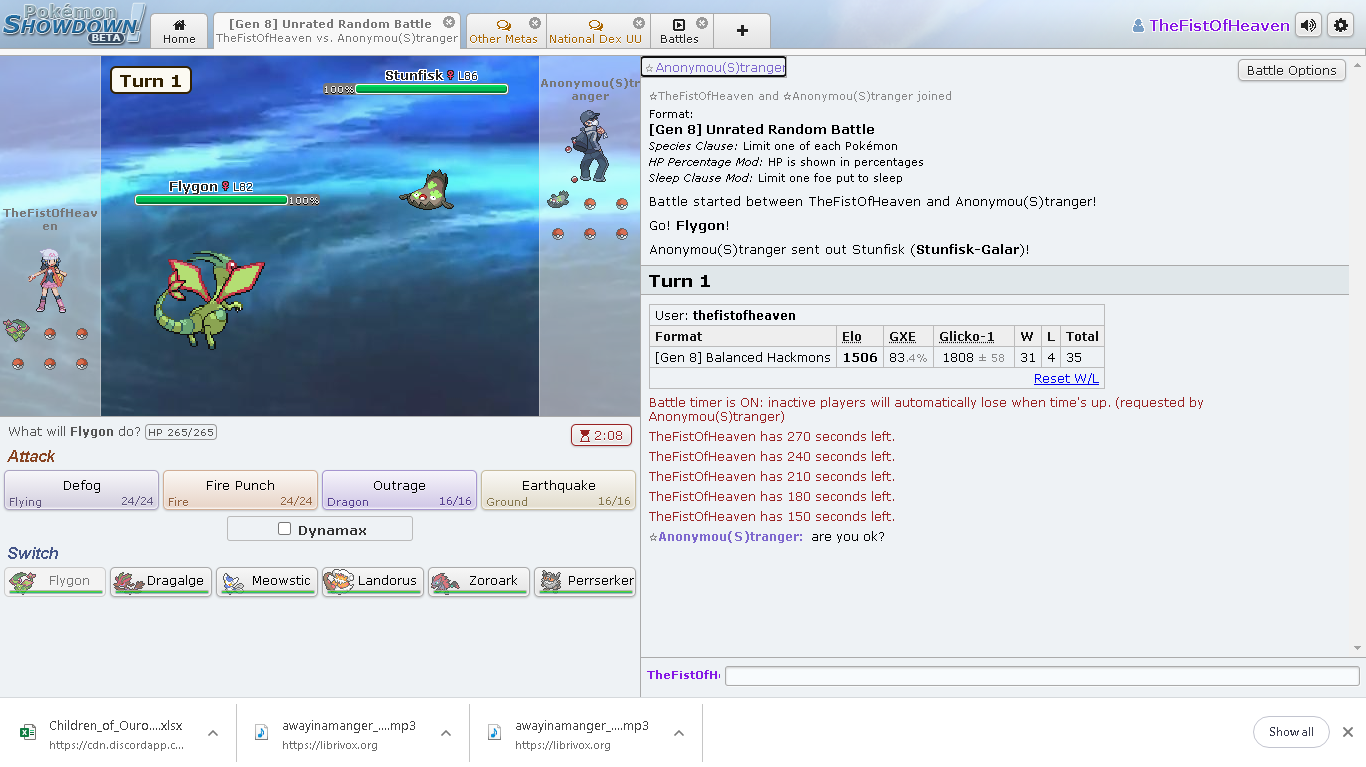 Intrepid sword: ban. Intrepid sword is way too easy to just slap on to stuff. The ladder run was remarkaby easy today, but I don't think I encountered too much serious resistance. Take this time to get your own reqs. I don't think it will stay this easy for long. Also, have a team. I've used it enough so you can now!

Super easy to use, just pivot around, u can break the ice scales mons that block Caly with Mage or Xern, you can also replace rocks with spikes on Xern because Steelix is annoyed more. Multiattack on zamac takes down Entrain Caly-S ohkoing, and deals 40 to Giratina. Core Enforcer on Cune lets you bonk Reshiram.

My vote on intrepid sword is going to have to be a ban. I feel like because of this ability, you are almost mandated to run fur coat mons on every team in order to stop them. Another way to stop i-sword mons is through impostor, but a well built team will have their i-sword mon impostorproofed. The fact that it is also so splashable on pretty much any physical attacker is also scary, meaning that you might need two fur coat mons to stop multiple opposing i-sword users.

Team I used to ladder

Obviously not perfect, but it was solid enough to get me reqs. Feel free to use this team :) 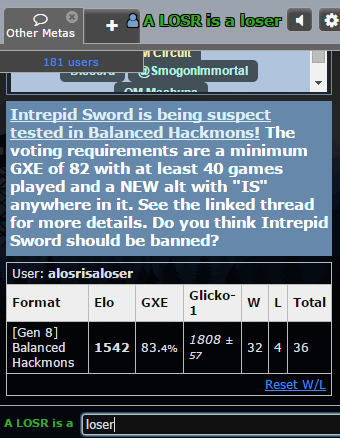 Likely leaning ban on this. It is a great ability to use and an annoying one to face. I've already discussed most of my feelings on it in the main BH thread, but things really get dumb when you start using multiple isword mons and/or baton passing the boosts around. This ability has a hold on the metagame.

So gonna vote BAN.Interpid sword being able to be batton passed can even beat fur coat switchins and with the high atk moves being free for all its too much for defensive counterplay

Going to vote ban as well I agree that baton passing attack boosts has been very difficult for me to deal with without PrankHaze on almost every team because there are usually slow normal types like Snorlax or Type: Null on those type of teams so it is especially hard to Spec Thief or get rid of the boost besides Hazing before they can attack. I will note that the most common user of this dynamic is Zacian-C so some of that will likely remain even if intrepid sword gets banned. I've found Pure breakers abusing BoltRend and other strong coverage with isword are very difficult to stop and I have seen some become harder to deal with when they opted for Life Orb > Choice Band so it is easier for them to break open teams without relying on prediction (which is really your only prayer if your FC mon or defensive core happen to be weak to the coverage of the isword mon).

For example, the team I used throughout this suspect happened to be fairly weak to isword Pheromosa. It was faster than my entire team, both STABs were unresisted throughout my defensive core, and it always carried Glacial Lance for my FC Zygarde. I mostly faced Banded Phero on the ladder and was able to outplay it on several occasions by bringing in an Ice-resist on Glacial Rend or my FC Zygarde on Fighting or Bug moves. However, the minute I faced Life Orb it was nearly impossible to overcome they basically clicked at what was in front of them the entire game and the additional power granted from isword high BP STABs is almost always too much for defensive mons that don't have FC or resists/immunities.
Last edited: Nov 11, 2020

i dont know how this happened

Can we say the requirements are 95.8% for 25 games? That 26th game was depressing

About intrepid Sword I'm not sure if it has to be banned, considering that FC is already very hard to deal with. I'll develop later if I have time.
Last edited: Nov 12, 2020

If you want to annoy the hell out of ladder here you go :P

https://pokepast.es/6771301bf9eb6d4b
absolutely CANNOT wait for isword to get sent DIRECTLY to hell bro i lost 120% of my games to ogre not having spectral thief (and crits) fc balance sucks i want to stop using it and neverl ook back

regi set is for chads only. do not use if you are a virgin

Confirming as is interesting.

Not quite sure how I'm going to vote yet.

https://imgur.com/a/RDAqbqP
Definitely going to vote ban it's just so hard to answer and there's no reason to use anything else. It's slightly less dumb without Darm but still pretty dumb.

The Guy Who Has Many Alts

I'm voting ban on intrepid sword. Honestly, I don't actually think intrepid sword is completely broken. However it's definitely the best ability for physical attackers and kinda invalidates the other abilities you might wanna run like adapt, tough claws, tinted lens, etc. I think a ban on sword will make the meta more diverse instead of everyone running prankster, sword and fur coat all the time. With that being said, I think part of the problem why sword is so strong is because of bolt beak and fishious rend. I think those two moves are worth looking into as well for a potential suspect. Now not only do you have to deal with sword, you also have to deal with a 170 base power move (in most cases) which is ridiculous. The only other moves which are on the same power level as those two are v-create and Boomburst. V-create has a huge drawback and Boomburst isn't that good right now without mray, mdiancie or arceus. Stab bolt beak from zekrom for example is stronger than supereffective pblades. Fishious Rend is so good that I'm running that instead of coverage because it hits so damn hard. Anyways I know it's a bit off topic but I think part of the reason why sword is so strong is because nowadays you can run a move with 170 base power without any drawback.

is IS broken? IS is broken

Confirming as Mattorr Is Cute

Hey, the deadline for reqs has now passed, so the window to get reqs is now CLOSED. Everyone who posted reqs in this thread should be tagged in a new thread where the voting will take place fairly soon.