​
Intro
Hello,
This is a fun ladder-focused team featuring startlingly powerful fire attacks, a defensive core with a chubby tortoise, flying salamander, and a deceptive totem pole and finally some ovoid genies that can make your (healing) wishes come true. If you enjoy one-hit KOs and causing your opponent to say "WTF?!", then this may be the team for you. This team is pretty good for laddering due to its unconventional nature, which can lead to victory over unsuspecting opponents, though it can be difficult and unforgiving to play due to the self-destructive playstyle. I had already posted this team in the OU Forum, but I'm going to be closing this account ahead of Gen 9, so I figured I'd post a slightly-updated version here for more permanence.

I like the Disco brain. I don't like having to think. Specs Blacephalon is some easy button-clicking. I wanted to make a team around selecting Mind Blown as much as possible.

The buttons become even easier when sun is up. Torkoal is a buffer to the assorted physical attacks directed at blacephalon from things that force it out: weavile, kartana, etc.

Grassy terrain is awesome with both of these pokemon. Blacephalon can click mind blown twice in succession, torkoal becomes a complete wall, while Tapu Bulu shrugs off sun-dampened water attacks like nothing.

Clicking mindblown is great and all, but even with terrain support, you can only do it twice, right? Wrong. Get healing wish going and you can have some fun. Blissey is the usual catch-all special wall and pivot.

Defensive Dragonite sits on many pokemon and acts as a great win condition. Great wall to heatran, rillaboom, landorus, blaziken, and volcanion. What else does that?! Blissey + Dragonite (+Clefable) is one of my favorite cores.

My 5-pokemon teams are always debilitatingly weak to Tapu Lele, so Jirachi is an easy add. It also has healing wish, so EVEN MORE mind blowns are on the table. The team is quite slow overall, so I opted for a Choice Scarf set to handle more offensive teams.

SUNNY DAYS (Blacephalon) @ Choice Specs
Ability: Beast Boost
EVs: 252 SpA / 4 SpD / 252 Spe
Modest Nature
IVs: 0 Atk
- Mind Blown
- Shadow Ball
- Flamethrower
- Will-O-Wisp​
Role - Breaker & Sweeper
Set - Modest Choice specs mind blown is the name of the game. Shadow Ball should be on every blacephalon set. Flamethrower is a less risky fire move. Will-O-Wisp is exclusively for tyrantiar. Trick is not needed since Mindblown just kills blissey under sun...yeah, really. EVs are go fast and hit strong. Nothing more. Compared to Timid Blacephalon, you are slower than Urshifu and Garchomp (and Timid Lele). Doesn't matter. Click Mind Blown.
Usage - Blacephalon is the primary breaker for this team and it's key to keep it alive and healthy. If sun is up and grassy terrain is up, then you can click mind blown twice. That's really all you have to do. It will 2HKO everything in OU that's not Heatran or TTar. If there's a heatran, click shadowball and 2HKO it. If there's a tyranitar, always wisp. This is a good lead into landorus-T, since you can click Mind Blown and kill it Turn 1; most will stay in thinking it can live. Blacephalon has a weirdly nice defensive typing, so you can come in hard on a few things like buzzwole that you know to be defensive. This type of play can be huge for nabbing kills.

Moi? (Torkoal) @ Heavy-Duty Boots
Ability: Drought
Shiny: Yes
EVs: 248 HP / 252 Def / 8 SpD
Bold Nature
- Rapid Spin
- Body Press
- Lava Plume
- Toxic​
Role - Sun & Physical Wall
Set - Boots so you don't have to play like a madman. Max Phys Def eats kartana for breakfast. I would consider these four moves core for non-offensive torkoals. Rapid Spin with boots to clear hazards. Body Press hits blissey, tyranitrar, and heatran, which makes blacephalon's job much easier. (Remember, not thinking is the goal). Lava Plume forces out steels. Toxic is there to land on a volcarona, dragapult, or tornadus.
Usage - It sets sun and walls kartana. That's the most important part. Keep it healthy if there's a melmetal. This has excellent defensive synergy with tapu bulu -- use that so that you can get your weather-terrain set for blacephalon. A common sequence of hard switches is: Torkoal--> Bulu (into expected water type) --> Blacephalon. Sometimes your opponent is dumb and gives your their Ttar after not checking for body press. This thing is really fat. It will live a +4 LO kartana.

I Hate Birds (Tapu Bulu) @ Coba Berry
Ability: Grassy Surge
EVs: 108 HP / 252 Atk / 148 Spe
Adamant Nature
- Horn Leech
- Close Combat
- Stone Edge
- Swords Dance​
Role - Grassy terrain support. Ground/electric switch-in. Bird Lure.
Set - Swords Dance Bulu messes stuff up. It doesn't die with Horn Leech and Close Combat ruins assorted steel types. Stone Edge + Coba Berry is the secret sauce. This will live a hurricane from Tornadus-Therian or Zapdos and then vanquish them...80% of the time. I think the speed was for some Tapu Fini set. Idk. It has been fast enough in my games.
Usage - Bulu bullies teams that is gets a good matchup against. It's hard to KO and gets tons of life back with Horn Leech. It's a common victim of status, which means it will LOVE the healing wish options this team affords. Grassy Terrain can be important in some matchups like sand or sun. You can SD on a water type and then either kill the incoming ferrothorn or hit the tornadus.

EGG (Blissey) @ Rocky Helmet
Ability: Natural Cure
Shiny: Yes
EVs: 252 HP / 252 Def / 4 SpD
Bold Nature
IVs: 0 Atk
- Healing Wish
- Teleport
- Soft-Boiled
- Stealth Rock​
Role -Special blob. Omni-Pivot. Rocks
Set - Hope your opponent doesn't have taunt? You have a rocky helmet because dragapult and U-Turn is stupid. Not much to say otherwise.
Usage - This is a pivot first and a wall second. It's OK to Healing Wish early on if you need to preserve another teammate. If there's a Volcarona, toxic it with torkoal and then wall it with blissey or dragonite. This is the primary volcanion switch-in. Under sun, Steam Eruption is a laughing matter.

Ils ont changé (Dragonite) @ Heavy-Duty Boots
Ability: Multiscale
Shiny: Yes
EVs: 252 HP / 184 Def / 72 Spe
Impish Nature
- Roost
- Dragon Dance
- Earthquake
- Ice Punch​
Role - Physical Wall, Late game sweeper
Set - Speed is to go faster than Zeraora at +2. Rest of EVs are in max def to wall everything. A heal bell set is not needed due the presence of healing wish on this team, so instead, we have the luxury of using a fat sweeper set. Your opponent must have ice attacks or STAB dragon attacks to stop this.
Usage - This is your Heatran switch-in. It hard walls most physical attacks that can't hit it 4x. It's fine if you get paralzyed or burned, but if dragonite gets toxic + knocked, it becomes a lot harder to do the job. Single-handedly wins vs rain. Urshifu and that fish are a joke.

Sick Psychic Bro (Jirachi) @ Choice Scarf
Ability: Serene Grace
EVs: 252 Atk / 4 SpD / 252 Spe
Jolly Nature
- Healing Wish
- Trick
- Iron Head
- U-turn​
Role - Tapu Lele Stop, Healing Wish, Skillful Victories
Set - This is standard scarf jirachi. It comes in on all Tapu Lele safely, especially under terrain. Iron Head is for winning games in style. U-Turn gets blacephalon in for free after you wall Lele. Trick is there to beat opposing cheese pokemon. Doubling up on healing wish is nice, since between Blacephalon, Bulu, or Dragonite, teams will eventually break to the continued pressure these 3 impose.
Usage - Again, this is primarily here to recapture momentum vs Tapu Lele. You can sometimes kill/dent an unsuspecting weavile or dragonite. Keep an eye open for when scarf iron head becomes your wincon. Typically, Bulu or Blacephalon are needed to unblock that avenue.

You have to play aggressively vs sand, since a +2 excadrill with a rapid spin has a chance to flinch you. You can beat it with torkoal under terrain, or trick it a scarf.

Torkoal is the only thing that walls it, and while it does that well, it's easier for torkoal to get overwhelmed if the opponent has the common pairing of weavile, melmetal, kartana, for example. Protect melmetal with a heatran is also very challenging to break. You cannot OHKO with shadow ball. Play around this by not giving it a change to click bash or t-wave freely.

Sometimes blissey be dead. Oops. If it's dragon dance, you can probably wall it with the blissey-bulu switching. Specs is easily walled.

If it has banded ice punch it can blow up dragonite.
U-Turn Spam - You get out of this by using healing wish.

Replays
Don't expect anything crazy here. I went on a casual run from 1500 to 1900 or so. This is not an optimized or good team for grinding out higher ranks.
Cracking Stall Open
Sand has a tough time
EZ one vs offense
Why you don't stay in on Torkoal with TTar
Blace doing work vs Hydreigon + Toad
Healing wish on dragonite is too much
Loss where sacking torkoal too early hurts breaking power
Blacephalon plows through semi rain
Big Holes in hail

Other Options
Despite the poll, this team should have a ground type. I've messed around with a weather ball landorus-T in place of dragonite, set here

. It's OK. You'll have a much worse time vs water spam. Jirachi can also be substituted with Slowbro, but then you lose the healing wish gimmick and will have more speed issues. If you see any nice way of patching this up, lmk. I'm very open to some hype obstagoon + clef + nido. Torkoal, Blace, and Terrain + Healing wish are what I would consider core.

Open to any and all feedback!
Peace.

great, super enjoyable team that looks like one of my first ever teams came to life

I know this is a sun team but after torcoal is removed weavile seems like an issue how do you beat it? (I think it could be added to the threat list)

Fancy1 said:
I know this is a sun team but after torcoal is removed weavile seems like an issue how do you beat it? (I think it could be added to the threat list)
Click to expand...

Great team, I really love the non standard set with Blissey a lot, I was watching the replay I think it does fantastic for your team as that special defensive blob. I really don't want to change the core of the team but if I had some suggestions on a way to implement weather ball Lando instead of Dragonite (Like you suggested in the post), I would say maybe go with Healing Wish Latias instead of Jirachi? 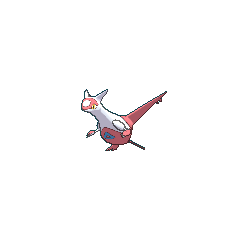 You can go with a more defensive set if you wanted to ensure you have decent resistance to water types especially against a rain dance team, with max speed timid nature it does give you enough speed to outspeed neutral nature 252 EV Regieleki. Regardless congrats on the team, and thank you for posting it on RMT.

I'm not sold on Scarf Latias, it has a much much worse matchup versus Tapu Lele than Jirachi, and walling Lele is one of the primary roles of that Jirachi.

Awesome team! Like AndViet, I admire how you've solved the Blissey conundrum - remove Seismic Toss ad suddenly there's no 4MSS. Your lack of electricity immunity is definitely annoying...how about swapping Dragonite with PhysDef Gastrodon? That way, you still stop rain (and especially Urshifu) dead in its tracks. It's also a really good check to Melmetal, particularly the T-wave version.
You must log in or register to reply here.
Share:
Reddit Pinterest Tumblr WhatsApp Email Link