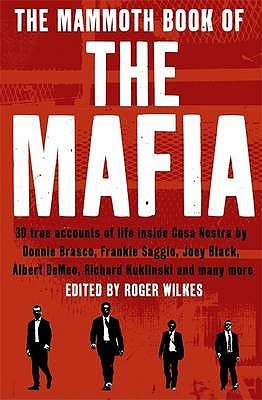 ​
This is an outside-contact game, hosted by Samoyed and only Samoyed. These are the signups for the game. The game has a theme – it is based around books. Who would have thought?

This game will have 12 players. The signups are first-come, first-serve.

Teams
the Good Books, the town
the Shitty/Bad Books, the mafia (only one mafia)
and an unidentified number of neutrals that may or may not exist

Game Progression
This game has night phases and day phases. Day Phases will last 24 hours unless otherwise noted. Night Phases will last 48 hours unless otherwise noted. The game will begin on Night 0, on which no kills will happen but any other role is applicable. If I decide to shorten the length of phases, I will announce this ahead of time. Extensions may be granted on a case-by-case basis. However, failure to submit your action unless you have a reasonable excuse is NOT A CAUSE FOR EXTENSION. I WILL probably NOT BE EXTENDING IF YOU LAZY FUCKERS CANNOT GET YOUR ACTIONS IN.

Roles
Most players have a role they can use at night. They do so in the format specified by their role PM, by replying to the role conversation sent by me. Some players may have passive roles rather than active ones. Some might have both.

Lynches
Lynches occur during the day and take the form of a popular vote. To vote in the lynch, post some bolded variation of "lynch [player]" or "vote [player]" in the thread. Whoever receives the most votes in the lynch will die. Some players' votes may be worth more or less than the usual one vote. A vote count will not be provided. Players do not know what majority is and will not be told. The day phase will be extended if there is a ever a legitimate need, and this includes if a stealth lynch is happening (as evidenced by a large change in votes close to deadline). Please unbold previous votes if you decide to change your vote. You may not edit past posts to vote.

Priority
Actions have no priority except where explicitly noted. Actions just work unless interfered with by another player and you will always be told about this if the case. Feel free to ask for details on how your role works.

Death
Dead players cannot dead talk unless you are on a non-village faction for purposes of strategy. As a general rule, don't talk to players who are dead/not in the game about the game unless you clear it with me.

Winning
Only one faction can win. A faction wins when it is the last faction standing.

Bamboozles
There may be bamboozles in this game. You cannot expect to fully trust all results. The host might lie to you. I can't promise that you won't get bamboozled by your fellow players. Godfather/Miller type roles are entirely possible, for example.

Communication
This is an outside-communication enabled game. While screenshots and other forms of screen sharing are disallowed, any other method of communication about the game is valid, including but not limited to forum PMs, Discord, and carrier pigeon. Utilization of the Circus Maximus Discord channel is heavily recommended.

Etiquette
-Any Circus Maximus and Smogon rules not specifically listed in these rules still applies.
-Do not copy/paste your role PM or results, no exceptions. Paraphrasing, of course, is OK, and you may quote verbatim parts of your role PM which are impossible to paraphrase (such as your role name).
-NEW: Do not copy/paste conversations with the host. You can paraphrase though.
-Faking chatlogs is permitted - feel free to ask for assistance with this.
-Do not add other users to conversations that they weren't originally a part of without my approval.
-Add me to every Smogon conversation or Google Doc you create related to the game.
-I reserve the right to deem any action not listed here as being in violation of the rules and unsportsmanlike, and act accordingly.
-Don't be a douche. While not expressly required, good sportsmanship is highly recommended and quite commendable.
If you have any questions at all about the game please ask me! Don’t be timid!
If you have any preference for a faction or role type PM me, I'll see what I can do.

Not in, just here to say that anybody who breaks the rules should have the book thrown at them.

Okay so I originally had a picture of the premier inn logo here as a joke but holy shit that image was WAY larger than I expected. So just have a regular "in" for now.

It's a starstruck world