Looks incredible QxC4eva ! I think the hands are just fine! Keep up the awesome work :)
noobiess OK great, I'll put you down for that! Could you show us a screenshot or two within a week or so?

I've been on vacation so that's why I haven't updated my Pyroak texture yet, but I already have a tree texture guide sketched out so once I get back to my tablet it shouldn't be long before I can get an update on it!

Okay, so I finally got to rendering out a revised version of Krilowatt. I reverted the antennas back, and I tried to make its fin not look like "a paper fan". ;)

I've also got some updated Naviathan renders. I revised the animation, adjusted the lighting, tweaked some of the outlines on its mane, and modified the camera angle of the front sprite render slightly to make its iris more visible.

Very well done on the changes. The antenna reversion on Krilo is much more visually appealing while still true to the original design, and seeing Naviathan's iris is highly appreciated. The tail on Navi is also less distracting than the original render, which can only be stated as better. Much thanks!

Krilo looks good to me! The shiny back has a weird color, but I guess that's how the games would have probably made it look. Other than that, in my opinion, it's ready to be implemented into Showdown.

Moderator
DJTHED The new tail sway on Krilowatt makes it much better! And good job on Naviathan as well! The extra clarity in the eye is a big improvement. I think it's all good to go :D

Maybe one day we'll revisit all the CAPs again for some revamps.

paintseagull said:
Looks incredible QxC4eva ! I think the hands are just fine! Keep up the awesome work :)
noobiess OK great, I'll put you down for that! Could you show us a screenshot or two within a week or so?

I've been on vacation so that's why I haven't updated my Pyroak texture yet, but I already have a tree texture guide sketched out so once I get back to my tablet it shouldn't be long before I can get an update on it!
Click to expand...

Sure! Here is the model I made:

I really want to do the rest of steps to make it into a 3D sprite.
So hopefully I can get some feedback on this so I can start with UV mapping :)
Last edited: Jul 21, 2015

Moderator
noobiess I hate that everyone seems to be busy, including myself. At a glance the model looks amazing! :D I'll edit this post with more critique when I get time. Honestly, it might just end up about nothing but technical nitpicks.... (I'm nowhere as experienced as Yveltal; this is the type of model I prefer he should have a look at) So any issues with proportions/angles etc is beyond me.

No one knows when he'll be back though so if you want to start the UVs - go ahead!

Ok then I'll do the small edits, and start UV mapping :)

I don't agree on the hand though. Based on the sprite (and other 'fan art') the amount of fingers is a bit unclear. Everybody seems to use different kind of hands.
I personaly like how it is done with the sprite:

I think by giving it only a thumb, the fist will be easier to make

I don't really post in this section anymore, but just want to say this is amazing work to see models like this apart of CAP.

noobiess It looks great! Hold off on UV mapping, I'd like to give a critique on the proportions. I think the arm width to length ratio is not quite right! The legs could be chunkier too. I will do a redline when I am able to, hopefully later today~

edit: oh yeah, Krilowatt looks perfect I think, I'll send him to Layell to put up along with the updated Naviathan, great work DJ!

So, I feel horrible for being quiet this long.

As you guys may be aware, I take an inhuman level of pride in making things really really well, or just shy of perfect. I got to sit down after a while and re-evaluate my plan to make Pyroak available for animation ASAP, and decided to start making the best bare-minimum model I can.
The rig is going swimmingly when I have time to polish it. I was playing with using some nDynamics to make a button that controls the movement of his skirt, but other than that he's just missing some buttons to control the arms and clean rig weights.
So far, I think Charmeleon, Rhyperior and Magmortar are the best references for an Idle animation. Thoughts/concerns?

QxC4eva please mail me your Tomohawk model and I will drop everything to sing its praises after an inspection.

noobiess The overall problem is that you lack geometry where you need it most and you've put too much where you need less. You should re-examine the torso and resize the legs, then edit the geometry to give it more of a "bean-bag/plushie" look. I would also recommend just doing some test renders and moving the needles around so you get them at the best angles from that mid-distance (not really near or far) 3/4 view that we'll see in the final gif. For the main needle going through his heart, maybe place a temporary object on the space where you think his heart will be on the texture and move the needle accordingly.
You also need to give the arms just as much geometry as the legs have. Really focus on the shoulder/pit and how that area blends from the main body into the upper arm. You also want to make sure, if we're going to give him fists instead of open palms, that the hands have the available geometry to ball up. Practice just moving the vertices on the hand and contorting them into a fist, and add more divisions when it starts to crash on itself.
The trouble with Voodoom is capturing that raggedy doll-like look, and in the industry it takes a lot of money to make something look really cheap. Good first pass, just keep at it.

EDIT- QxC4eva I'm kind of afraid to touch Tomohawk at this point, mostly because of the work you've put into the texture map so far, but I only have a few optional nitpicks:
1. The tufts sticking out on his chest are a fabulous addition, I'd love to play around and create a few different versions of that, maybe one where they're a bit bigger, or there are only two tuft/spikes on each side, or maybe another version where he has a tuft in or near the middle of his chest rather than near the sides.
2. The hunchback also looks amazing, I think an extra (but again, unnecessary) bonus would be if it had geometry that helped it blend around the neck with the fur that comes up around his neck and onto the shoulders. They can still remain as separate patches of fur/down, but I think just having a little something that reaches toward the front and turns it more into a poncho of sorts would give it more cohesion.
3. Maybe it's just me, but I think the mohawk looks a little squashed. I bet it makes sense with a full render, but it doesn't look all that dramatic as a .obj

But the tail feathers look good and easy to position, the hands being detached from the wing is a smart move, and I wouldn't reposition the legs on him like we did with Pyroak. I really like your Tomohawk overall.
Last edited: Jul 27, 2015

Moderator
Yveltal I like your suggestion of adding extra tuft in the middle, but I'm not sure if I made it any better or worse. What do you think? Also I'm quite excited about Pyroak's rig :D
Especially your nDynamics controller, I can't wait to mess with that! (would everyone be happy if I reserve the animation?)

I like the middle one the best, it reminds me of Tails from his first appearance in the Sonic games.

Can anyone provide any updates to any of the W.I.P. models?

I have been working on voodoom's model a few times, but it isn't finished yet.
I will probably get it done in around 1 or 2 weeks.

But I'm happy to hear that I'm not the only one that wants to revive this thread. This project is just too good to let it die off.

CAP Co-Leader
I would suppose people have headed back to classes, so they have less free time to continue producing 3-D models. :(


p.s. actually, Stratagem should be quick!! DJTHED if you want, I can get it ready for you to animate. No one's working on the rig / UVs right ??


p.s. actually, Stratagem should be quick!! DJTHED if you want, I can get it ready for you to animate. No one's working on the rig / UVs right ??
Click to expand...

For as far as I know, I don't think anyone's working on either of those things for stratagem.

Moderator
^ I'm very confused. It's saying you have the UVs and Yveltal has the rig. Is it even up to date? paintseagull help!!

I think I offered to do Strata's rig, but I didn't think anything was officiated.

Right now, I have Pyroak and Tomohawk half-done. Outside work has forced them to be put on hold, but I went back into their files recently to get back up to speed where I was the last time I posted..

The latest version of the UVs I have is linked in this post here. You can choose to revise those UVs, or completely overhaul them.

Moderator
Yveltal please don't do anything to Tomohawk! I rebuilt some parts of him *again* so the files are outdated. If you got time to help, I'll be grateful if you put all love and affection into Pyroak.
DJTHED your latest version is fine, but the seams aren't hidden too well and I still want to texture the brown parts. I think it's faster if I redo them again (but you keep practicing!)

Stratagem will be ready soon :D

> link for the source files <

QxC4eva It looks great! I don't have anything in particularly critique-related to say about it, probably because I'm not a 3D model artist myself. :) Everything seems about accurate.

I'm really a newbie to Blender but I tried to make a model for Necturna and failed, but I think Necturna does deserve a model. 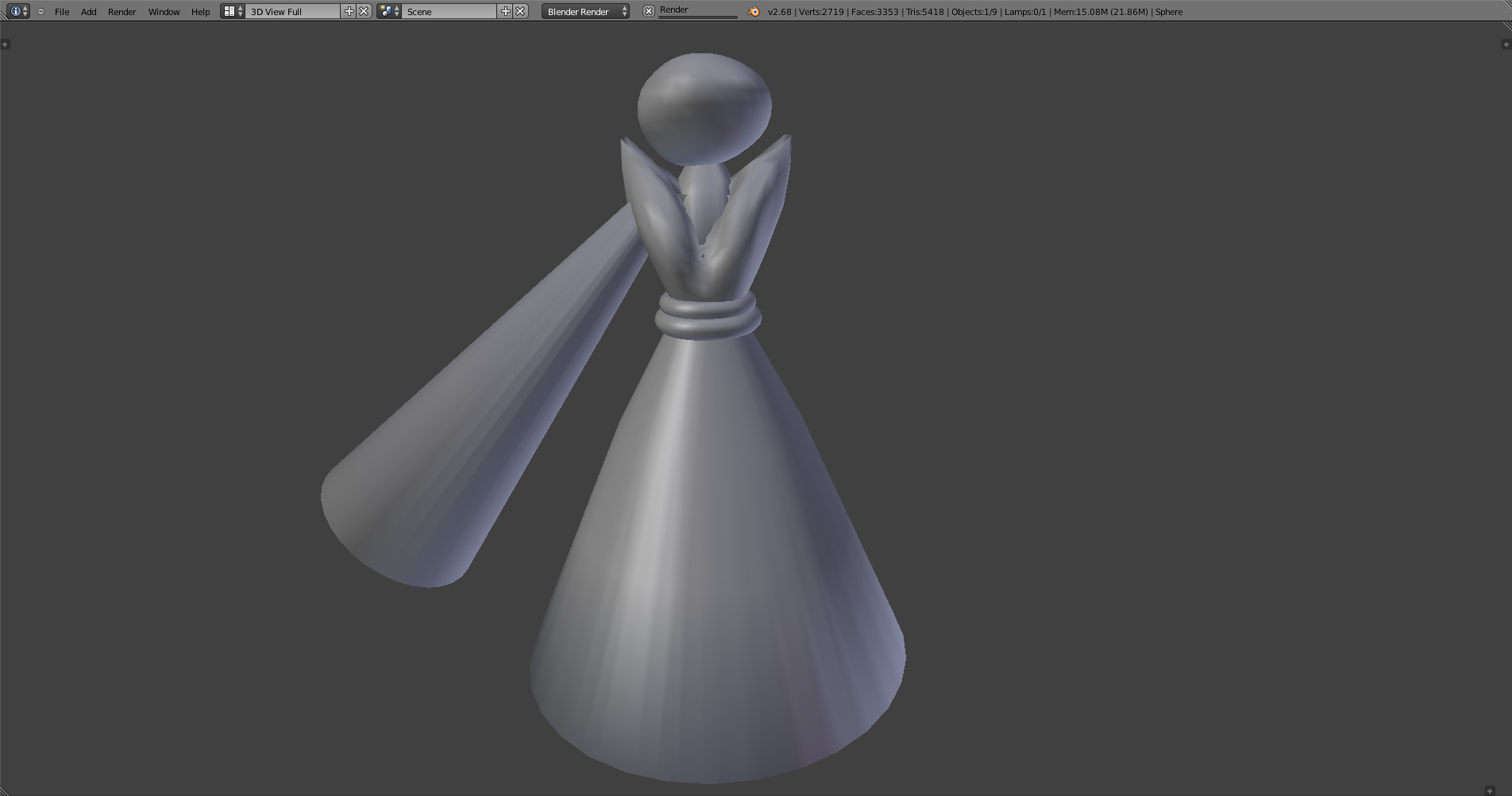