Rules
All matches will be played with the CAP ruleset at the beginning of the round. E.G. Greninja may be banned two days after the round has started but Greninja will still be usable for the remainder of the round.
All matches will be a BO3 or Best of Three. You may switch teams in between games. You do not have to play all three matches if one person wins the first two though.
Replays must be saved and posted when claiming a victory / posting losses. No replay, no win, no exceptions. If participants fail to follow this rule, the match will go up on a coin flip.
Matches can be played on Pokemon Showdown OR Smogtours.
Activity calls will be dealt by on a case-by-case scenario, but generally just get your matches done. If it is impossible to due within the timeframe you may ask for an extension but please post it in the thread.
Schedule your matches. If one fails to communicate with another then the match will not be coin flipped and the user that tried to actively get the matches will get the win.

There will be 4 tournaments, 1 for every season. Depending on where you place in each tournament you will be rewarded with points. At the end of all the seasonals the top 16 points will be invited to the Champions Cup.

This edition of the CAP Seasonal will be handling points differently. In the previous seasonal, you gained points for winning matches which allowed people in the earlier stages in the tournament to get points easier, especially due to activity calls. Now to make qualifying into the Challenge Cup harder and more prestigious, you will only be awarded points based on where you place in this tournament.

Tagging Mx because you're not tagged in the OP

In as a sub

Please contact ASAP and try get your games done, if a extension is needed PM me or post in the thread :].

I'll be checking if everyone has contacted their opponent on Wednesday, so make sure you've contacted by then.

CAP Co-Leader
contacted opp, will fight on the weekend

My opp told me to take the win after he missed the scheduled time. :(

Dj Breloominati♬ and aegislasher681 I'm not sure if you've contacted in PMs or not, but if you haven't make sure you do!

Let's keep it up guys, I'm liking the scheduling efforts!

Requesting extension since we can't play until Monday. Scheduling is on my wall.

Didn't get to my rain team, rip

Calling act, no response at all from opponent

got no response from EpicUmbreon, although he is active... 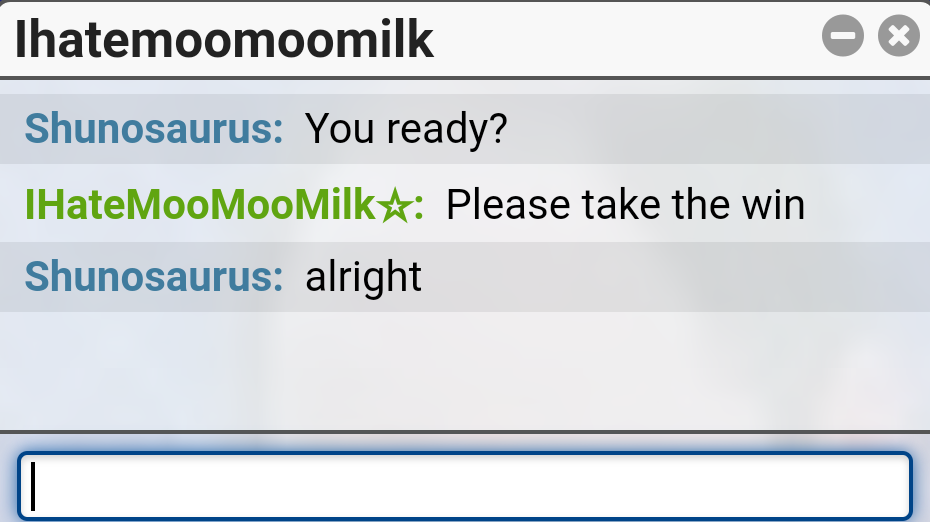 Won vs XxAwesomePlayzxX in one(?) We played the first game and then he pm'd me that

EpicUmbreon asked me if we could play this evening a couple hours ago and I connected myself an hour after his message. I don't know when is the evening for him but now I need to sleep and he isn't connected, so we failed to schedule :/ I don't know if we will be able to play with an extention but i guess so.

After some good games and great scheduling effort, we're onto round 2 of the CAP Spring Seasonal!

Byes:
Funbot28​
The deadline is the 9th of April, I'll be checking contact on the 5th so make sure you've at least scheduled by then. Keep up the battle efforts :]
Last edited: Apr 2, 2019
You must log in or register to reply here.
Share:
Reddit Pinterest Tumblr WhatsApp Email Link