Greetings nerds, you may have heard I have given up on UU.

That was a lie to myself

Anyways forgive my shitty UU Rmt's, like seriously they've all been bad.

All of them, especially that one with banded ninjask and Gastrodon, uggghhh.

This is actually a team I created alongside beppityboopbop and ooh keil em (how TF do I tag), and it's pretty solid despite the fact we made it in like four minutes. Reason for Choosing:
The Pokemon we settled to build around was Meloetta in her Pirouette-Forme. It is a fun Pokemon to use as not many people expect and are usually unprepared.

Moveset:
The Meloetta-P all out attacker set with Life Orb was the desired set we chose. Close Combat is an obvious choice, as it is the best fighting type STAB Meloetta has access to (it's the only one she has access to). Return is also an obligatory choice on Meloetta-P, as it has solid damage which makes it desirable. Knock Off is the greatest coverage move she has access to, as it easily takes things out such as non-scarf Chandelure after Stealth Rock. Relic Song allows Meloetta to freely switch forms, and the 20% likelihood of sleep is a nice bonus.

Alternative Options:
Meloetta has a surisingly large physical movepool, this includes U-Turn, the elemental punches, even Stone Edge. Any of these can be used against common Pokemon, Fire Punch for Forrtress, Stone Edge for Salamence etc; Reason for Choosing:
A hazard-setter is important for any team, and in Meloetta's case, she needs to have Pokemon weakened slightly so she can move in for the kill.

Moveset:
A lead Toxic Spike set seemed the most appealing, as Meloettai in her alternate form forces many switches, because no one wants to take a CC or a Return from a Pokemon with base 128 attack. Stealth Rock and Toxic Spikes are moves for the reason previously stated, to make your opponent pay for switching constantly. Ice Beam is for a predictable Salamence/Gligar switch in, as Salamence thinks it can set up if they believe you don't have Ice Beam, and Gligar thinks it can hard wall you. Earth Power is an obvious choice for any Nido, it's power is impeccable from the combination of Life Orb and Sheer Force.

Alternative Options:
If you believe Sludge Wave is an absolute mandate for any and all Nidoqueen sets, by all means use it, but please note that anything that Slidge Wave hits is dealt with by the rest of the team.

Reason for Choosing:
Look at the team, look at the opposing Mamoswine, then back to the team, this is our only check. Since Mamoswine loves to shit all over any and all teams in UU we needed some sort of check.

Moveset:
The Substitute + Calm Mind set is a great set for Cresselia, as it's absurd bulk allows it to set up on almost anything that doesn't pack a super-effective move. Moonblast is for hitting pesky dark types who may try to switch in to take you down. Psyshock is an obvious choice for any psychic type, and it really doesn't need explanation.

Alternative Options:
Cresselia has access to Moonlight, so if you feel as if you need recovery, by all means use it.

Reason for Choosing:
A Rapid Spin user is a mandate for any offensive team, as there may be many switches involved.

Moveset:
Rapid Spin, as stated before, is essential for many offensive teams especially this one, as Pokemon such as Meloetta don't like constant spikes damage, nor does she like being poisoned. Scald is a nice utility move due to it's chance to burn, your opponent's will cringe every time they await the results of whether or not their mvp was burned or not. Ice Beam hits Salamence as well as Gilgar for bonus damage. Dark Pulse hits spinblockers who will try to wall your Rapid Spin.

Alternative Options:
I have had much personal debate on whether or not I should run Ice Beam over Aura Sphere, I seem to often switch between both options from time to time. In my experience Aura Sphere works out better, but if you fell the need to use the former, go for it.

Reason for Choosing:
Something to eviscerate special walls seemed like a mandate, as this team consists of only two physical attackers including Entei.

Moveset:
Sacred Fire is that donked ass move with the 50% burn chance if it lands, making Entei one of the most condemned UU Pokemon. Flare Blotz is the back-up fire move, in the cases Sacred Fire runs out due to PP stall or maybe you spammed it too much. Stone Edge love to hit the likes of Aero and Salamence, that is if the damn move lands. Extreme Speed is for nice and powerful priority which comes in handy a lot.

Alternative Options:
There's literally nothing else 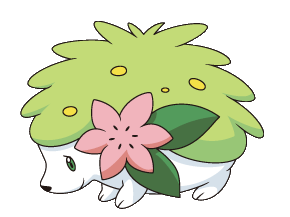 Reason for Choosing:
Shaymin seemed to be a good option, as the addition of her makes a F/W/G core.

Moveset:
This may seem like an obscure set, but bear with me. Dazzling Gleam hits Hydreigon and OHKO's it. Now, I want you to look at the team, do you see any Hydreigon switch ins? No, of course you don't, that's why I pack Dazzling Gleam, as it is an unpleasant surprise to many players. Air Slash hits other Grass types, more specifically Roserade, whom walls this set. Seed Flare is a great move that has a 40% chance to lower the SpD of any target, which may result in a kill which you otherwise would not get. Earth Power hits steel types, who may switch in to absorb your attacks whom would otherwise be problematic.

Alternative Options:
There isn't much else to run, but the Sub + Leech Seed set works out well sometimes.

Ok so can we just talk about how cute Meloetta is?

Be Advised: The importable contains the team with 0 attack IV's for the special attacking Pokemon.​
Last edited: Jun 26, 2015

OK so I suggest having Moonlight over Substitute on Cresselia, as it's your best Mamoswine check and switch-in and it lacks recovery, without Moonlight Cresselia possesses limited switch ins and overall longetivity. I would also suggest having Aura Sphere over Ice Beam on Mega Blastoise, as Ice Beam mainly OHKOes Salamence and hits Whimsicott for super effective damage, but Salamence is pretty much dealt with by revenge killing with Entei or by Cresselia anyways, and the team's best way of dealing with Snorlax and co atm is through Meloetta, which needs to Relic Song before it attempts to do much damage with Close Combat. I would have Max Speed on Nidoqueen, as it allows you to outspeed other Pokemon attempting to creep Adamant base 71s, and I don't see the extra bulk coming into play too often.

Is this a UU team?? If so I think it looks like a pretty solid team.

Kreme said:
OK so I suggest having Moonlight over Substitute on Cresselia, as it's your best Mamoswine check and switch-in and it lacks recovery, without Moonlight Cresselia possesses limited switch ins and overall longetivity. I would also suggest having Aura Sphere over Ice Beam on Mega Blastoise, as Ice Beam mainly OHKOes Salamence and hits Whimsicott for super effective damage, but Salamence is pretty much dealt with by revenge killing with Entei or by Cresselia anyways, and the team's best way of dealing with Snorlax and co atm is through Meloetta, which needs to Relic Song before it attempts to do much damage with Close Combat. I would have Max Speed on Nidoqueen, as it allows you to outspeed other Pokemon attempting to creep Adamant base 71s, and I don't see the extra bulk coming into play too often.
Click to expand...

I will take all your suggestions into consideration except the Cresselia one. As Cresselia is a set up Pokemon, having substitute is great as it's absurd bulk means the sub won't break for a while unless you're against a Hydreigon or something. By the time they break the sub Cresselia may be at +1 or +2 already and nothing can easily kill it. The leftovers recovery is usually sufficent.

This is just a minor thing, but your meloetta set is missing the remaining 4 evs which should go into Special Attack for stronger Relic Songs.

Chamaeleon said:
This is just a minor thing, but your meloetta set is missing the remaining 4 evs which should go into Special Attack for stronger Relic Songs.
Click to expand...

Oh sorry, I seemed to have overlooked that, thanks for letting me know

Hey Lilligant for OU! solid looking team. I'd like to recommend a couple of things.

First off, I definitely recommend what Kreme recommended. If Cresselia even gets a sub up, the counter should come in on the first turn (Krook, Heracross, etc) and it immediately gets pressured by the STABs of those mons. I've played around with both this set and the moonlight set, and I've found the moonlight set works better, in terms of sweeping.

I mean sure you get the KO, but you're easily revenge killed even at +1

Another suggestion I have is that this team is definitely weak to Heracross/Krookodile in the first place. I'd recommend trying to put AcroBat in on this team over Shaymin. This could give you an opportunity to another coverage move on Blastoise or U-Turn on Bat.

Hey Lilligant for OU! I really like how you've decided to build around Meloetta-P, as that is something you really don't see too often (if at all). The team is overall fairly solid, but there are a few minor flaws I'd like to suggest changes for:
So yeah, really interesting team! Hope you try out my suggestions. Good luck :]