Hello everyone! This is my first attempt at a balanced OU SS team. I’ve had experience with competitive battles before, but I’ve never been that great at it. I wanted to start getting more into competitive battles and improve my skills, and so I’m hoping to do so in Sword and Shield. Eventually I want to get this finished team on my copy of Sword, so any help would be appreciated. Here’s the team: 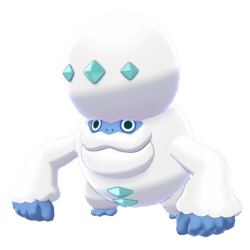 With Darmanitan I was looking for a sort of overpowered glass canon sweeper, and I was really trying to abuse it’s Gorilla Tactics ability. I maxed its Attack and Speed in order to allow it to easily sweep, and gave it the Choice Band to allow it to have an even bigger boost in Attack. I gave it Icicle Crash for the easy STAB, U-Turn if I want some quick damage with an easy pivot, Earthquake to counter Fire/Rock/Steel types, and Flare Blitz for some more type coverage. 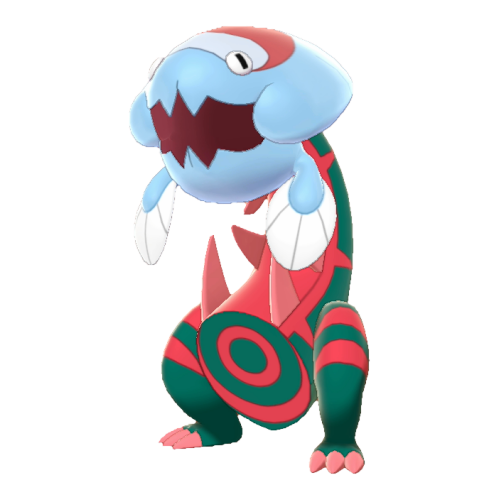 I really wanted to try out Banded Dracovish’s Strong Jaw/Fishious Rend combo, and so far it’s been amazing as a sweeper. Because of the fact that Fishious Rend does double the damage if it goes first, I made sure to give it as much speed as I could, hence the 252 Speed and Jolly nature. I then added Crunch for some type coverage with Strong Jaw boost, Dragon Rush for STAB, and Earthquake for more coverage 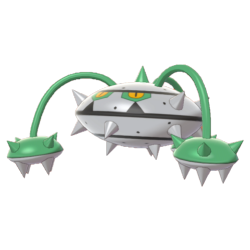 I was really looking to have a basic Ferrothorn set here to set up Spikes and Stealth Rock, and then hopefully utilize his wall capabilities a bit while dealing some offensive damage through Gyro Ball and Power Whip. Gyro Ball gets boosted because of STAB and Ferrothorn’s low Speed, and Power Whip gets STAB and has 120 Power, so I’m hoping to be able to deal some damage after setting hazards. My main goal with Ferrothorn was to set up those hazards, that is, unless my opponent is adding hazards, in which case I move to my next addition to the team. 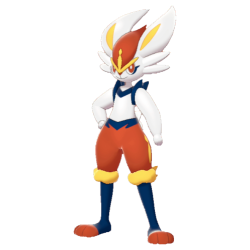 I found this set on Smogon and fell in love with it, so I wanted to utilize it. Cinderace is another fast sweeper, but is designed to hopefully take a hit or two. My main idea is to utilize the Heavy-Duty Boots to avoid all hazards and then Court Change at the first opportunity. I then move to sweeping, using U-Turn for an easy pivot if necessary, High-Jump Kick for coverage against Rock and as a counter to Galarian-Darmanitan, and Pyro Ball for the STAB. 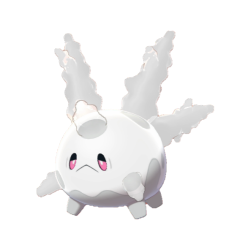 No SS OU team would be complete without Galarian Corsola, and so I HAD to try it out. Pretty standard Galarian Corsolaset, Eviolite and 252 HP/Defense to make it a hell of a wall, Cursed Body to hopefully disable some possible threats, Bold nature to boost Defense and minimize Attack, 0 Attack to prevent confusion damage and such, etc. Night Shade is to deal some damage when needed, Strength Sap to regain HP, Stealth Rock in case Ferrothorn didn’t get the chance to set it up, however I am debating if I should replace this since I have now three possible hazard setters, and Will-O-Wisp to break opponents down slowly. 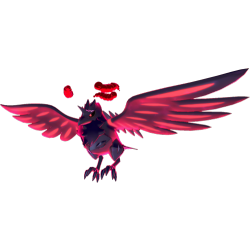 Corviknight is easily one of my favorite Gen 8 Pokémon, so I had to add it to my team. With this set, I was hoping to use Corviknight as a tank, capable of taking hits and healing, while still dealing STAB damage with Brave Bird and Iron Head. Pressure can take PP away from moves quickly, rending the opponent unable to use some of their best moves after a while. I was debating between Magic Coat and Pressure, but ultimately decided Pressure would be better for a tank, as it can help if a certain move is taking out a lot of my team. Defog is a last resort hazard cleanup, and Roost is to heal.

Overall, I think I’ve managed to create a pretty decent team. In testing it out I realized that Gyro Ball is much better than Iron Head on Ferrothorn given its speed stat, Corsola hasn’t been as efficient as I was hoping, but that might just be the way I’m battling with it, and my team is a bit inconsistent with what it wants to do with hazards. I wanted to be able to play with hazards a lot, but the moves I’ve chosen take up some move slots that might be better utilized elsewhere. After playing more with this team I’m debating scrapping Ferrothorn as a whole and getting rid of Stealth Rock on Corsola in order to free a slot for a better move so I can just use Court Change if needed, but then I’m left unable to set hazards of my own. Perhaps I can keep Stealth Rock on Corsola and switch Ferrothorn out for Toxapex or something that is more of a wall? Or maybe for Dragapult? Please leave some suggestions down below! Thanks!
Last edited: Dec 15, 2019

1. Change Dragovish for Pex. Pex is one of the best darm "counters" and darm is everywhere. It forms a good pex+ferro+corsola core which checks a lot defensively.

2. Change Darm's set to scarf since darm is still insanely powerful without it.

3. Change Corvikight to this set

This set works with pex's spikes since it can stall other mons out with toxic. This mon can also be your win condition.

Drill checks counters for corv like rotom-wash and heat, aeigslash, and toxicity. It also clears hazards without messing with your own.

MachPunchGaming said:
1. Change Dragovish for Pex. Pex is one of the best darm "counters" and darm is everywhere. It forms a good pex+ferro+corsola core which checks a lot defensively.

2. Change Darm's set to scarf since darm is still insanely powerful without it.

3. Change Corvikight to this set

This set works with pex's spikes since it can stall other mons out with toxic. This mon can also be your win condition.

Drill checks counters for corv like rotom-wash and heat, aeigslash, and toxicity. It also clears hazards without messing with your own.

5. Change rocks on ferro for leech seed.
Click to expand...

Thanks for the feedback! I’m testing out your suggestions now, though I will say I was sad to see Cinderace and Dracovish go, as they did play a vital role in a lot of my victories. I’ll see how the suggestions you made hold up, thanks again!

Your squad seems to be really on the fence wether it should be a Balance or Hyper Offensive team, GDarm, Cinderace, and Dracovish are all very offensive, while Ferrothorn, Gorsola, and that Corviknight set are more defensive(Corvi and Ferrothorn could still work well on an offensive team, but not Gorsola, since it is way too passive.).
Your team lacks speed control, it has no way to deal with bulky waters such as Toxapex, and has two rockers and one spiker on a team that uses Court Change, which I don't think is such a good idea.
Overall, your team seems to lack sinergy, the reasoning behind the mons you chose for your team is very lacking, it seems that you just added the ones you liked the most and recognized as the strongest of the tier and threw them all together, when making a team, you need to select mons that can fill holes in your team, that take advantadge of the work your other teammates put, and that can check whatever your team is currently weak for. I don't wanna sound harsh, but i'd suggest you to give this team a very big overhaul, maybe start from the first few mons you added to the squad, and try to rebuild a better team from there.
You must log in or register to reply here.
Share:
Reddit Pinterest Tumblr WhatsApp Email Link