Hello everyone! This year I've decided to focus more on VGC than singles, and this is a team I've been working on for a few weeks now, testing and switching members around. So far this has been the best version of the team I've come up with so far, but I seem to be stuck on the Ultra Ball Tier of the current doubles format. I don't know if it's just my inexperience or if the team could be improved, but I'd love some advice on what I have so far!

Grimmsnarl is honestly one of my favorite Pokemon introduced this gen, and it really makes me happy that this Pokemon is just so good int he doubles format. Prankster Screens + Thunder Wave is an amazing combination, providing so much utility for the team. Screens in general are just really strong, and with Light Clay they can basically last the entire match, allowing Grimmsnarl and it's teammates to survive hits they may not have otherwise. Thunder Wave is so important so speed control, especially with Tailwind being everywhere this format, since outspeeding your Opponent can mean the difference between winning and losing the game. The final move it Play Rough, a powerful STAB move that allows Grimmsnarl to use it's naturally high attack to deal damage when necessary. The EV Spread makes Grimmsnarl bulky on the Physical Side, which I feel is important since it's Physical Defense is lower than it's Special. All in all, Grimmsnarl is an important part of the Team that provides much needed support. Despite losing it's Mega this Gen, Gyarados got a huge Boon in the form is Dynamax, allowing it to be a real, and powerful threat in the Meta. Dragon Dance allows for Gyarados to immediately boots it's Attack and Speed, and when combined with Screens support allows Gyarados many chances to set up. Waterfall is the main STAB of choice for Gyara when it isn't Dynamaxed, and when turned into Max Geyser creates rain, boosting it's following Water attack. Bounce it mostly here for Max Airstream, boosting Gyarados' and it's teammates' speeds, plus when combined with Moxie, can create an instant boost to both speed and attack, essentially making the move an offensive Dragon Dance when you knock out an opponent with it. Power Whip is coverage so Gyarados isn't walled by Pokemon such as Gastrodon, whether Gyarados is Dynamaxed or not. EV Spread is pretty standard, making Gyarados hit hard and fast.

Before adding Duraludon, this team really struggled with countering Trick Room Teams. Stalwart is an amazing ability that allows the Team to bypass the oh so common Hatterene + Indeedee Trick Room Teams since Duraludon can simply ignore Follow Me and hit Hatterene with a Powerful Steel STAB. Specs boosts Duraludon's powerful to absurd levels, making it a threat with powerful STAB moves like Draco Meteor and Dragon Pulse. Flash Cannon is the Steel STAB of choice, turning into the Defense boosting Max Steelspike when Dynamaxed. Finally, Thunderbolt is a coverage move to hit Flying Types such as Braviary, Corviknight, and opposing Gyarados. EV Spread is for a fast Duraludon, since Duraludon's Base 85 Speed isn't actually terrible for a Specs user. 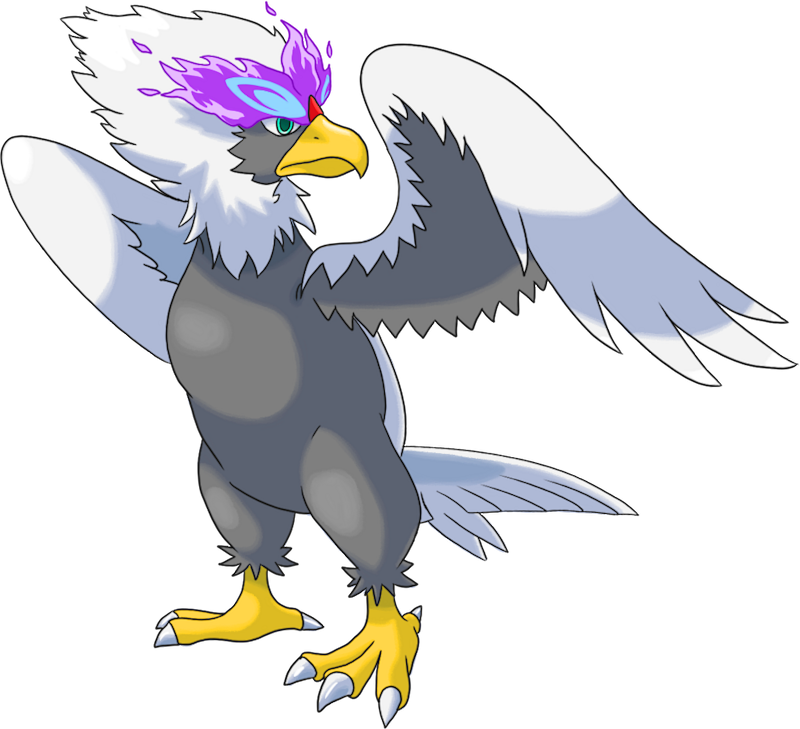 To be honest, Braviary seems to be one of the weak links of this Team. I thought that Defiant would be great to help avoid Intimidate users that would threaten to lower my Physically Offensive Pokemon like Gyarados, plus also with Max Moves that lower Stats, Defiant seemed to have a lot of chances to shine. However, that isn't really the case. Braviary hasn't really done much to help the team, but it hasn't been terrible. I chose a Bulky Offensive set here with max EVs in HP and Attack, with Tailwind to help with Speed Control. Brave Bird is the STAB choice that is quite powerful, and provides the team with another Potential Speed Boost should I decide to Dynamax Braviary. Braviary getting Close Combat this gen is a really nice buff that allows it to hit Steel and Rock types, and Max Knuckle providing an Attack Boost, in theory, helps Braviary provide offensive pressure. But as I said before, Braviary has been a bit more of a liability than a help, and I don't find myself bringing it to many games. Rotom-Wash is a defensive Pivot for the team, providing Will-O-Wisp support against physical attacker, and being a threat to the many Fire Types being used in VGC that can provide their own Will-O-Wisp Pressure. Volt Switch allows Rotom to switch out with other Teammates with a slow Volt Switch. Sitrus Berry is the item of choice for this Rotom build, and Protect is pretty standard on a Defensive Rotom set. 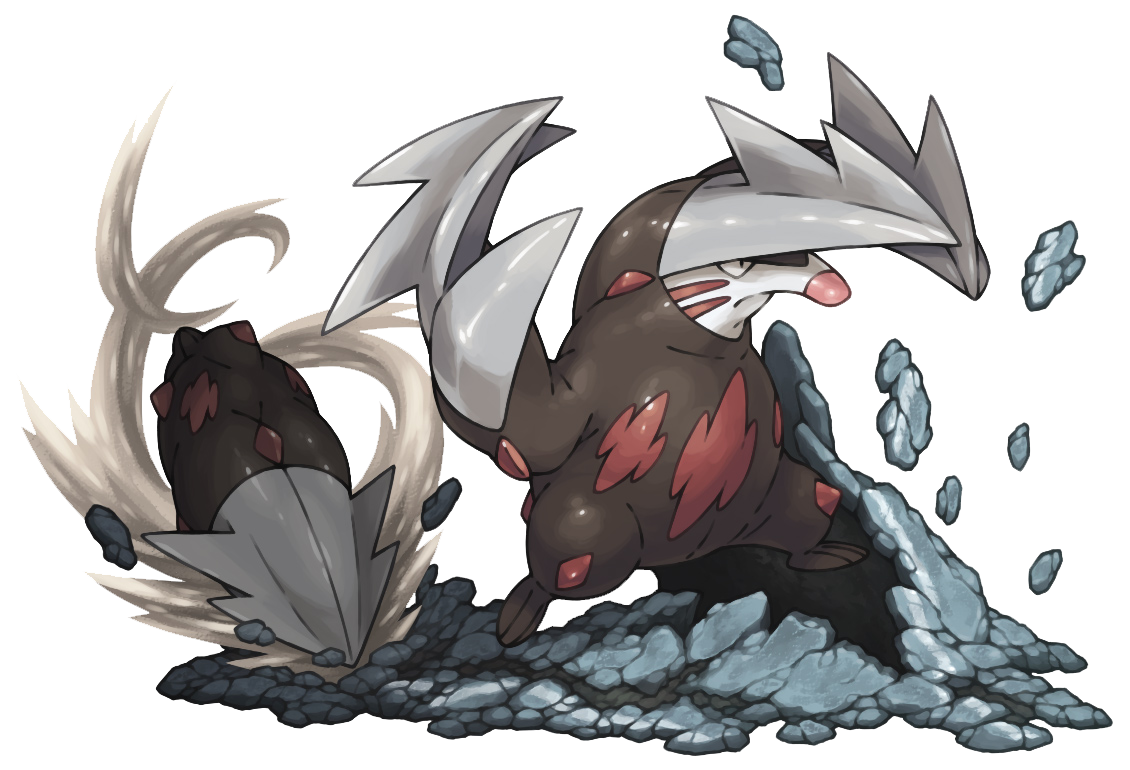 Mold Breaker Excadrill allows the Team to get past Threats to Pokemon like Gyarados such as Rotom, and threats to the team in general. Iron Head is the main STAB of choice against Fairy Types while High Horsepower is a decent Ground STAB that allows Excadrill to hit threats like Rotom without having to worry about hurting it Teammates. Rock Slide is a decent spread move that helps bypass Follow Me, and Shadow Claw is Coverage against Dragapult. I chose Choice Scarf as the item here as it provides the Team with a fast threat than can outspeed potential threats.

Generally speaking your team looks strong defensively but doesn't have the speed control necessary to utilize the offensive mons you're using.

Braviary isn't a good TW mon because of the new mechanics. If your tailwind setter isn't fast you're basically giving up a turn of tailwind. I also think braviary is a Pokemon you want to dynamax when you bring it - it's good because max fighting and max flying are both very good max moves. I'd invest in a bit of speed in it too to benefit from the +1 speed most.

Choice Scarf Excadrill is bad and if it's jolly it's hitting like a wet paper bag. Consider a LO or AV set instead. Shadow Claw is awful - Super Effective Shadow Claw is effectively 140 BP while STAB high horsepower is 142 BP. I'd run protect or Horn Drill instead.

Most defensive sets in VGC have a mixed spread. Rotom probably wants a little physical bulk or special attack investment to get some damage on stuff like excadrill with hydro pump. Same with grimmsnarl - you're going to be taking attacks from both special and physical mons and can probably invest a bit in both depending on what you expect it to survive. This is probably a good starting calc:

Leftovers tends to be a bad item in VGC, outside of very specific cases. Honestly, the best use for it is timer stalling because it procs every turn and probably reduces games from 8-9 turns to 7-8 turns (the new timer is awful). Otherwise other items are usually better because you're not getting recovery for 15 turns like in singles, you're getting it for 3-4 turns outside of a few mons. I'd consider something like lum berry or LO instead. I think generally gyarados benefits more from intimidate than moxie as a way to reduce physical damage and support your team as well as letting gyarados switch in a little more. Moxie rarely will come into play and if you're using a moxie gyarados team you're committing to dynamaxing it most games and should have more support for it in the form of redirection.

Generally speaking you're probably going to get more input on VGC teams asking on the Smogon VGC discord or the PS VGC room than here, fwiw.
You must log in or register to reply here.
Share:
Reddit Pinterest Tumblr WhatsApp Email Link