Gassing Up Your LEAST Favorite Pokémon

i have hired this cat to stare at you

Do you guys know those poketuber dime-a-dozen videos where they're like "Roasting Your Favorite Pokemon" or something like that? 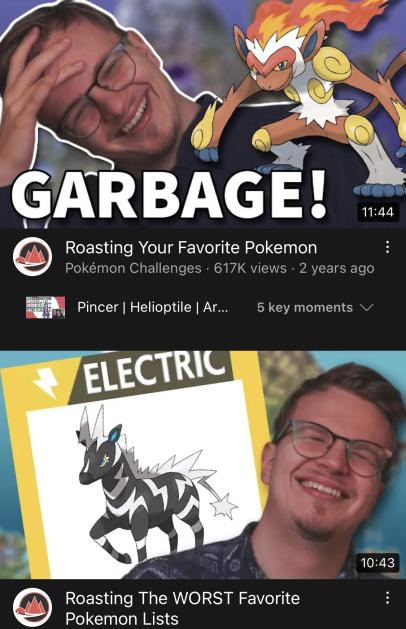 It made me wonder what if it was the other way around. So, here's what's gonna happen. Tell me one or two of your least favorite pokemon, and I'll hype em up like crazy. Because any average joe can whip up a billion things they don't like about Pikachu, but a REAL connoisseur can make a diamond from a dumpster.

also, most of this is jokes so don't take it too seriously

Stare into Watchog's eyes and tell me there are good things about it.

op step aside I can do this one

Fusion Flare said:
Tell me one or two of your least favorite pokemon, and I'll hype em up like crazy. Because any average joe can whip up a billion things they don't like about Pikachu, but a REAL connoisseur can make a diamond from a dumpster.
Click to expand...

So, is it like the "extreme advertising" meme, but with sarcasm?
Anyway, I challenge you to hype the fuck out of

i have hired this cat to stare at you

DrPumpkinz said:
Stare into Watchog's eyes and tell me there are good things about it.
Click to expand...

It's a neat concept to have a pokemon based on a road worker, and I can't help but think about Pokemon that act as living streetlights. I can imagine them letting a flock of tiny Ducklett safely cross the streets of Castelia City.

Turtonator? But it's perfect! It's literally a Mine Turtle from asdfmovie! Its jagged shell resembles a cartoon explosion and the spikes as debris, as well as its award-winning smile to boot! It's why I chose Ultra Sun and not Ultra Moon with that FRAUD Drampa.

Aromatisse has its quirks as well. Meshing plague doctors and can-can dancers may seem unwise, but the culmination makes it such that it really brings out the "monster" part of Pocket Monsters. It's so strange, and that's wonderful about it. It's unique, just like all of the Kalos dex.

Banette, huh? I find its appearance delightful. Possessed dolls are a tried-and-true trope of horror media and this Pokemon definetly fits the bill. . The whole story about Banette being driven by spite from being abandoned is so intriguing, and I find its Mega form of equal interest, given its gangly appearance and how its spiteful powers are seeping from zippers. That's another thing, by the way. The inclusion of ZIPPERS is such a wonderful design component. I mean, LOOK HOW IT MOVES. How the base moves its arms as if they were limp. So Cool.

KalosianPorygon said:
So, is it like the "extreme advertising" meme, but with sarcasm?
Anyway, I challenge you to hype the fuck out of

AWWW YEAH BABY, SILCOON AND CASCOON! PRETTY MUCH THE CEOS OF ANY HOENN TEAM. I remember when I switched my Bug/Poison destroying machine against that wimp Steven Stone's totally weaksauce Metagross on a crit Psychic! Didn't even take a lick of damage, right before I CRUSHED IT to little metal scraps with a decimatory Poison Sting attack! THESE THINGS ARE THE GREATEST!

e: since someone already did watchog, i'll leave you with Carkol. Good luck.
Last edited: Oct 23, 2022

Calming if you look at it right.

I could gas up Ledian myself, but I wanna see what you come up with.

Band said:
you're gonna need more than that to make me not want to beat the shit out of watchog's stupid face

e: since someone already did watchog, i'll leave you with Carkol. Good luck.
Click to expand...

I'll take a shot at that.

It's a really cool design with a cute face and round body. The design makes the typing and environment it lives in very obvious and gives us an overworld interaction that doesn't happen outside that one family. The typing combined with the ability pushes interesting strategies in-game and in competitive for it's family, which considering the typing previously only existed on a bad joke of a mon, is impressive. The movepool is specifically tuned to reward you for engaging with this gen's unique raid mechanic, learning little by level-up but getting lots of useful STAB TRs. It's not broken or OP, but it is memorable.

(I'm just glad you asked for that one rather than it's evo, which has the biggest missed opportunity of a design twice over)

Challenge Mode: Hype up Garbodor without mentioning its GMax form.

SMELLY MOTHER OF JESUS' FEET WHAT IS THIS LITERAL GARBAGE!?!?
It's Garbodor, you stinky butthole!
Take a look at this ugly monster! Over 6 feet and 230 lbs. of filthy plastic and perished food! And yet it can eat too! And belch on your stupid face!
Whereas you are too lazy to take out the trash, this motherfucker EATS TRASH! FOR THE GOOD OF HUMANITY!
And it has two arms! TWO! The left one grabs your flowery ass while the right one douses you with the foulest poison you'll ever smell!!!

What? You want to run away like a wuss?
TRY AGAIN LOSER!
Remember Escavalier, who flies around at high speeds with a Base Speed stat of 20?
Garbodor has a BASE SPEED OF 75! THAT'S RIGHT FOLKS, THIS TRASH BAG OUTSPEEDS YOU AND THEN SOME!

What else can it do to your pathetic being!? He can slam you to the ground and paralyse you. Eviscerate you with steel claws. Actually recycle its contents! Throw sharp debris imbued with poison! Remove your stat increases! BURP ON YOUR FACE! EXPLODE AND KILL YOU!
And that's JUST ITS NATURAL MOVEPOOL! 95 Attack is MORE THAN YOU WILL EVER HAVE! I'M NOT EVEN BOTHERING TO LIST ALL DEADLY TECHNIQUES IT CAN LEARN!

I’ll be real, there aren’t a lot of Pokémon I don’t like but when searching through the dex I came about Mega Audino, and I thought huh, maybe it it has some small niche in stall with good bulk and regenerator but then you realize mega audino has healer, what the fuck do you want me to do with mega audino
Last edited: Oct 24, 2022

Okay, but what happens if the reason a mon is my least favourite is because I'm already tired of it being hyped up?

Pikachu and Lucario, to be specific.

Band said:
e: since someone already did watchog, i'll leave you with Carkol. Good luck.
Click to expand...

The worst fucking thing about Carkol is it doesn't evolve into a train. Like, they were so close. It had wheels, coal, and was based off a mine / steam engine. But no, it just turns into a generic monster. It even had a G-max form that didn't do anything with trains. It could have even been a locomotive with Carkols trailing behind like Magneton or Dugtrio.

I hate this uninspired piece of shit. 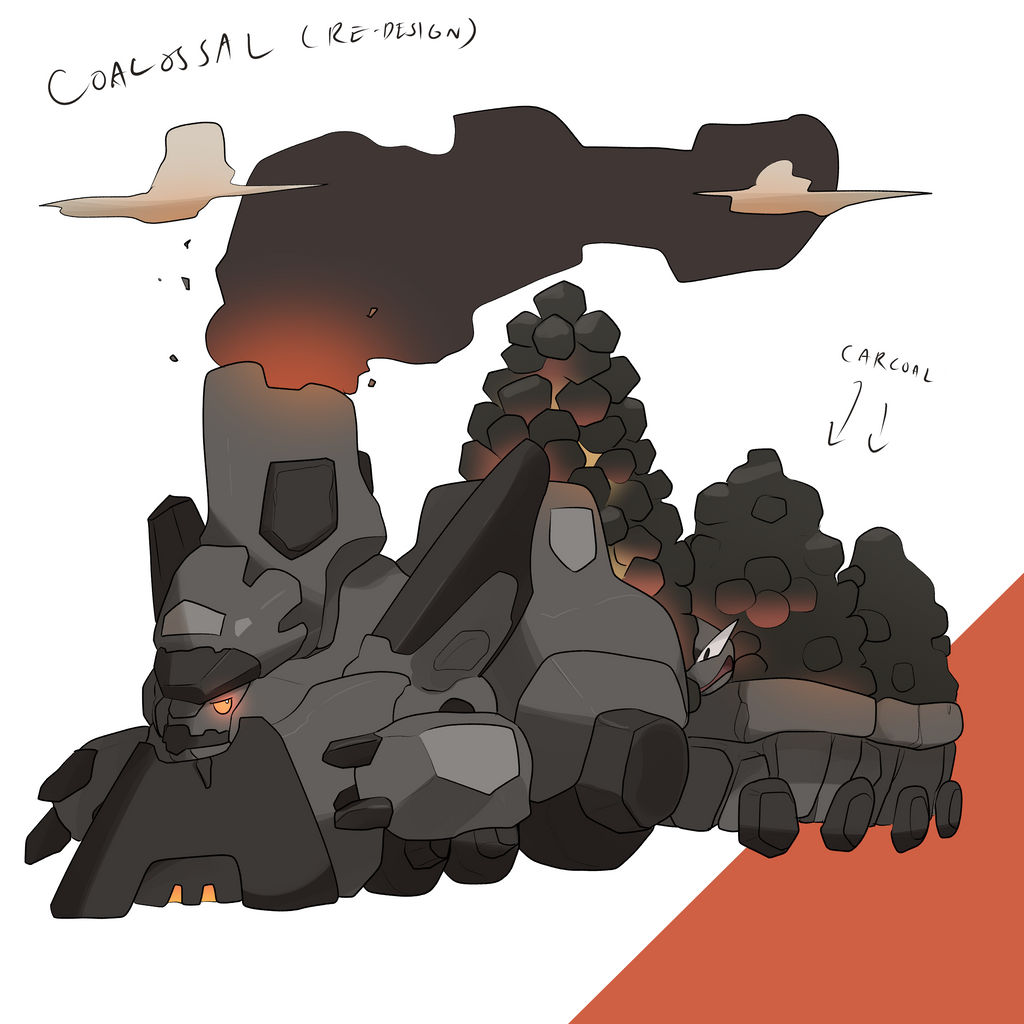 I feel we're missing the point in "gassing up"- but anyway 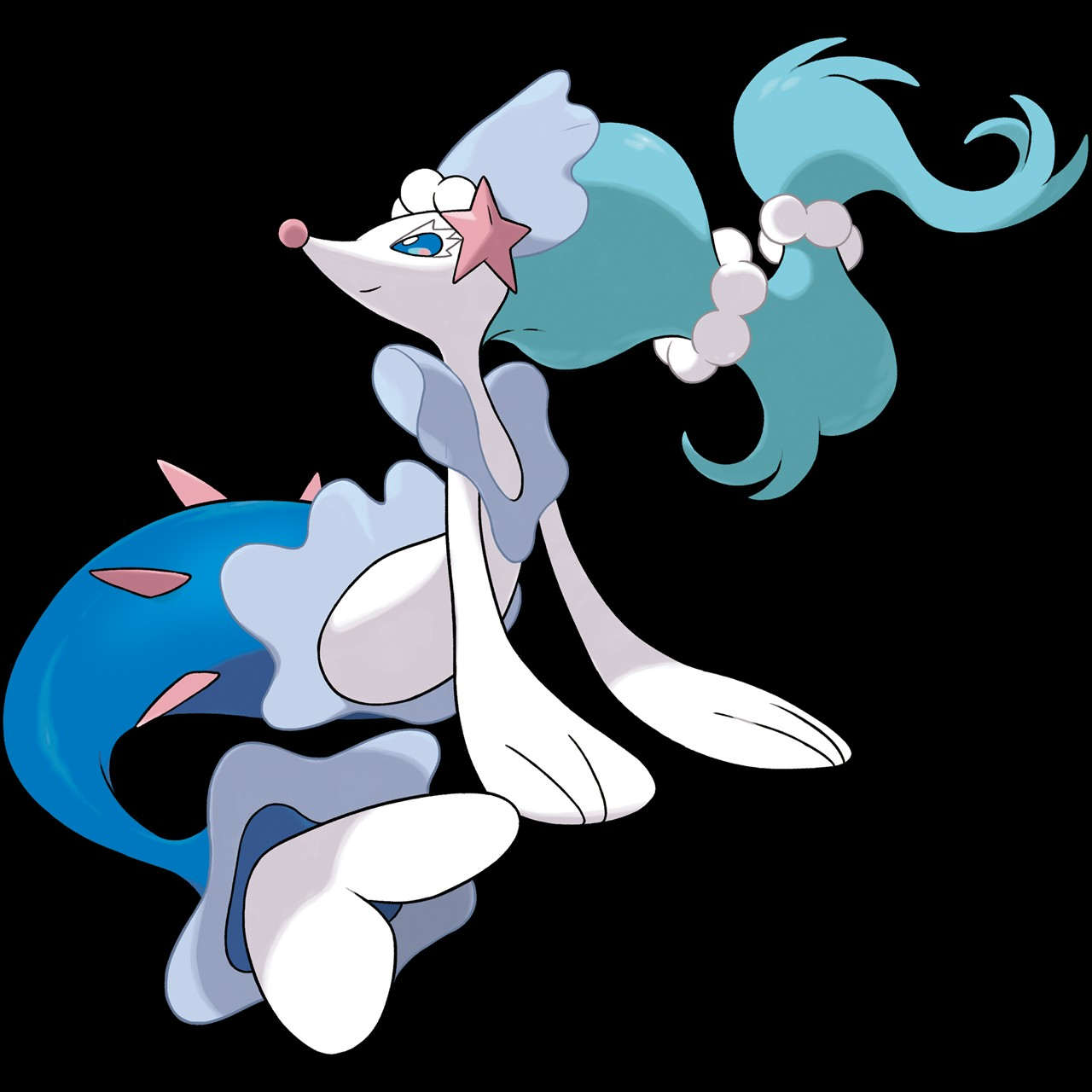 Mah girl Primarina! She's got that perm, that melodic voice, and the ability and Sp Atk to back that up. We all thought Popplio would be some lame circus clown, but nah! We got the gal with the pearl hair bands, the Patrick Star earring, and the class that Lopunny wishes it had. Hyper Voice shreds the diva's would-be competition down to dust! The hell do you mean starters are more likely to be male? 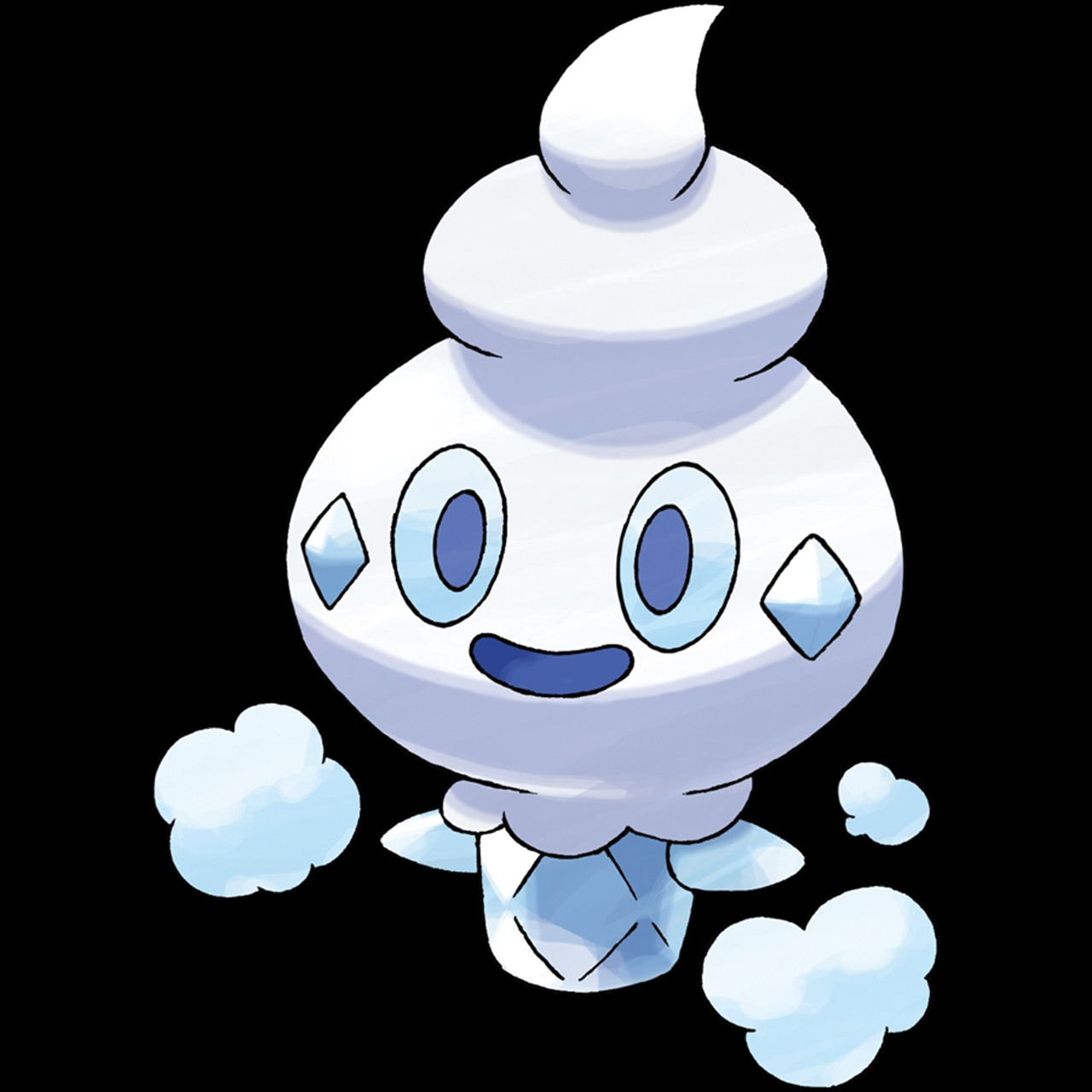 And Vanillite! Poor thing's line got roasted hard Gen 5. But no one ever suspects just how brave it was to be presented, how it shows the tragedies of societal standards of beauty. It's bald y'all! But it doesn't let that stop it from being a team player! Even the wig its got is cool, it's totally got the fashion know how, mhmm. Girl be dishing out 100% accurate Blizzards now, something nobody wants to mess with!
You must log in or register to reply here.
Share:
Reddit Pinterest Tumblr WhatsApp Email Link