Listen to 100 Gecs and Dorian Electra! The Mons are named after their songs!

Hey there! I’ve been playing mons for a dumb long time and have never made an RMT even though teambuilding is my favorite part of this game :p So RU is by far the most fun I’ve been having in a single tier this gen. Feels like a lot of stuff can work in the tier and the meta has moved in the direction of favoring pretty fun bulky offense/hyper offense teams. Webs has always been my personal favorite of the HO playstyles and I think that RU has one of the best setters out in Vikavolt. These factors combined made me experiment a bit with building until I found some real heat that I think genuinely has a place in this meta: Head Smash Drednaw. The team isn't super predication reliant and ,while, there isn't a lot of room for error, a lot of the mons cover for each other offensively super well. The team hit #25 on ladder, 1530 with a GXE of 83.0%. 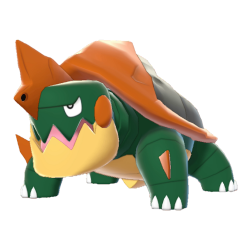 First off, the star of the show: Drednaw. The snapping turtle is definitely an underrated mon in this meta. Being a physical water type that can completely annihilate Plume is pretty huge. It also gets to abuse choice locked fire moves and even more importantly resists Salazzles dual stab to get easier switch ins. Webs support helps it immensely, as it outpaces the entire unboosted tier at -1, barring Accelgor. SD+Ebelt allows you to break through nearly the entire tier for an OHKO. Dual Stabs hit everything neutrally except Virizion (which doesn't love taking a Head Smash) and Gastrodon. Superpower allows you to nab a few important OHKOs that you wouldn’t get otherwise, namely Copperajah, while still giving you super effective coverage against mons like Snorlax and most importantly, Scrafty which otherwise sets up and blows back the whole team. Item wise I just decided to go with EBelt cause I didn’t want to overkill myself with LO, but I’ve experimented with Lum Berry, Mystic Water, Hard Rock, and Leftovers all of which also aren't bad. Ice Fang over Superpower is okay, as you don’t have to kill yourself to catch Vileplume, but I think the team is a little too Scrafty week to drop SP. Shell Armor is the only useful ability it has since no fang moves on this set and rain is a meme. Switch Shell Armor to Strong Jaw if you're running Ice Fang though.​ 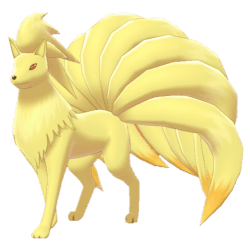 Ninetales is the team's other main breaker and man, I can’t believe I ever thought this mon was anything short of incredible. Tales is a crazy breaker that only requires a little bit of support from the rest of the team to actually work, and it provides a crazy amount of support and breaking power back. Fire-Grass Coverage under the sun is so insane, and the speed tier under webs put you in a position to kill basically the entire tier not named Snorlax and Coalossal at +2. Even if you don’t get the chance to Nasty Plot, firing off sun boosted Fire Blasts is very difficult for a lot of teams to deal with, especially when the rest of my team forces in Snorlax/Coalossal a lot. Toxic lets you catch some of the common switchins like Coal and Jelli and lets you do something out of sun. Boots is broken and allows Ninetales to have the longevity that it needs in certain MUs, allowing it to take 1 or 2 special hits thanks to its passable special bulk. Once webs are up you can often just single handedly blow through nearly every offense build in the game. No real room for variation on this set, old reliable and it just work so well. 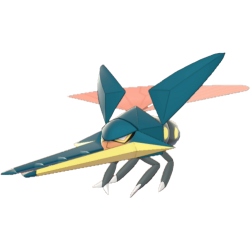 Next on the team is Vikavolt. Vikavolt provides the most valuable support on the team in Webs, which in 90% of matchups is pretty important for Drednaw and Silvally to really cause a lot of havoc. Standard spread, but still a goodie. HDB is HDB and broken in this meta, and allows for this already decently bulky mon to have a lil bit of longevity along with Roost. Slow Volt is also super nice for bringing in all the breakers on this team, as mons like Ninetales, Dred and Pass all have some trouble getting in at times. The last moveslot is down to either Eball or Bug Buzz. Eball allows you to bop mons like Gastro, Rhydon and hit Steelix a bit harder, but I find that Bug Buzz tends to just be way more spammable and even resists really don’t love switching in. The spread is pretty cool, lets you outpace Adamant Max Speed Rhydon and Dhelmise and you 2HKO Plume and Rhydon with Buzz. Vikavolt also provides the team with a secondary check to some of the more passive fighting/ground types something that the team certainly needed. I often found myself leading with either this or Pass in all my matchups, as just being able to get either hazard/momentum early facilitates a lot of the prediction that would otherwise probably be relegated to mid-game. 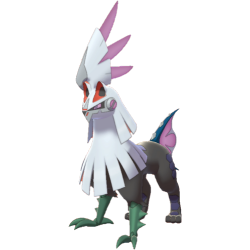 Silvally-Ghost comes up next and it serves the ever important role of spinblocking. It is also yet another mon that provides the team with momentum. While Vally very rarely will ever get a full sweep, it always does really solid chip that often lets the rest of the team clean. It’s lack of real switchins thanks to Multi-Attack+U-turn makes a pretty straight forward and easy mon to use. A lot of the time I found myself looking at teams in preview and saying: "Wow, his Ghost resist is Snorlax" and then precede to never let the Lax do anything because it would constantly be taking Rocks + Uturn damage. Nearly all of its common switchins get blown back by the combination of U-turn damage then Ninetales+Drednaw switching in. SD allows you to break through a couple mons, namely things like Aroma and Lix and it lets sweep if the opportunity presents itself. Psychic Fangs is for some nice neutral coverage and it denies screens, but honestly nearly anything could work in that spot, and you probably could experiment with T-Wave, Parting Shot or Self-Destruct. 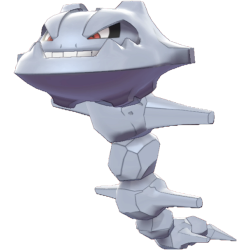 Next up is probably the most consistent rocker in the tier in Steelix. Not a whole lot to say here other than it just does its job as an electric immunity, fairy check, rocker while denying BD mons from completely blowing back the whole team. Dual Stab along with Toxic keeps the mon from being super passive and SpDef + Lefties gives me a semi-reliable switch in to Indeedee and Electrics. Steelix will almost always play the same: you switch in to one of the many things you get free switch ins against. You click rocks if they're not already up and then preserve Steelix if it's a win con or sac it if it's not to get in a breaker. It’s not special, but it does what it does really well. 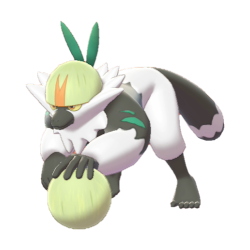 
Last but certainly not least is lord clean up himself: Passimian. This mon completely blows through weakened teams if webs are up. Even without webs up, Passer still serves the important role of revenge killing a lot of the mons that would otherwise plow through my team, namely Virizion, opposing Ninetales, A-Raichu, and Charizard. CC is just spammable stab while U-turn and Knock handle many of the mons that like to come in on Passer and cripple them nicely or get momentum respectively. Last move is often a toss up between Rock Slide and Gunk Shot. Most of the time I like Slide for Zard and other Flying types, but there are def MUs, namely teams that have Slurpuff/Aromatisse, that I wish I had Gunk against. Pass also is super valuable as a lead or in the early game too, as it would most the time force a switch and then proceed to either net me a huge chunk of damage on a check to Ninetales/Drednaw or grab me some momentum so that one of those mons can break for Pass. Needless to say, this mon is crazy in the late game as well and after the rest of the team puts in the work that they need to, Pass often just wins.

: This core is definitely really hard for my team to break through, as for Sableye I normally just try to break with Ninetales, as nothing else on my team really wants to get willo’d. Ninetales just invites Lax in for essentially free. Lax covers Sabe super well and can definitely do a lot of damage if it starts spreading paras. Keeping up rocks is super crucial against this core and honestly you have to just hope you guess right a couple times on doubles/switchins.

: This mon is probably the single biggest threat to the team, especially if webs aren’t up. If Chople Scrafty gets even one turn to set up DD I just lose, and if Silvally or Steelix are in, it will get to do just that. If Scrafty is on the opposing side you almost aren’t allowed to kill a mon with Silvally, and Steelix is forced to basically kill itself to prevent Scrafty from getting any more than 3 kills. Switching between Vik and Pass to try and get tox damage is often how I deal with this mon once its already set up. Even Bulk Up is scary as Ninetales and Pass both have a much harder time breaking it.

: Sun in general is definitely kinda scary for my team to deal with being that my fire resists either get blown back by Solar Beam or are actively boosting the fire moves upon switching in. Zard being immune to rocks and webs, along with it having a plethora of sets, makes it really hard to pin down exactly what its going to do in a MU and prepare for it. Ninetales, just OHKOs my whole team (other than my own Ninetales lol) after the tiniest bit of chip. Anyway y'all. The team is dumb fun and one of the better ones I've built in a while! Try out the team, thanks for reading, and see ya next time!