alright ill be around then too. Would you be willing to duplicate and go wishing well? all the good deathmatches have already been done 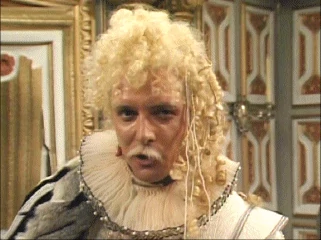 I know somebody who would excel in that game.

claiming a win over vigvig

goodbye forever (back on the 26th, will be able to start playing on 27th i have no commitments)

guess who goes on vacation the 26th

(it's fine i can play on vacation)

huh good point because of people going to vacation I too will be on one from the 29th. I too should be able to still come(though not talk) as long as you notify ahead of time.

I think sam might be taking a vacation too

Tbf it doesn't make much sense to try and hold another match when everybody is on holiday.

CaffeineBoost said:
Tbf it doesn't make much sense to try and hold another match when everybody is on holiday.
Click to expand...

Next match is whoever has most fun on their vacation wins. 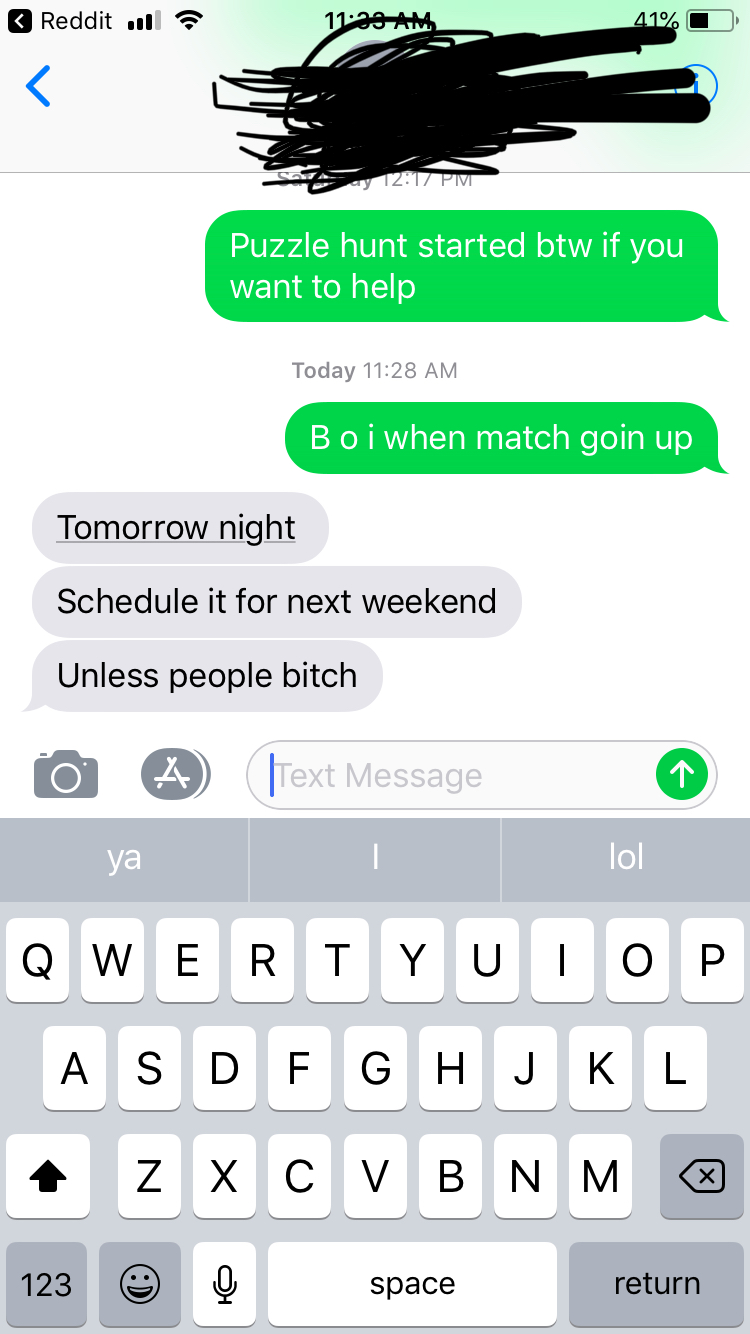 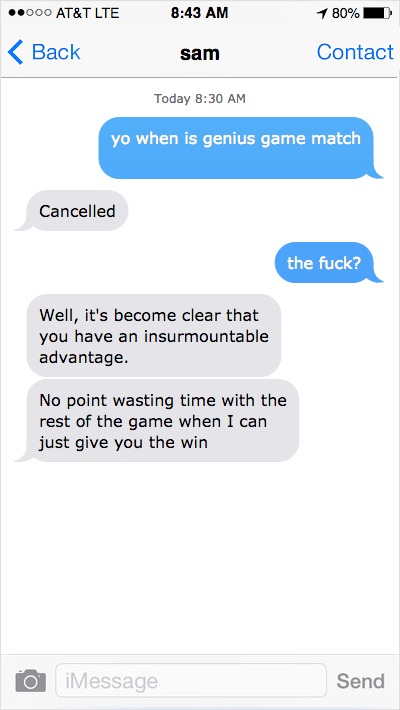 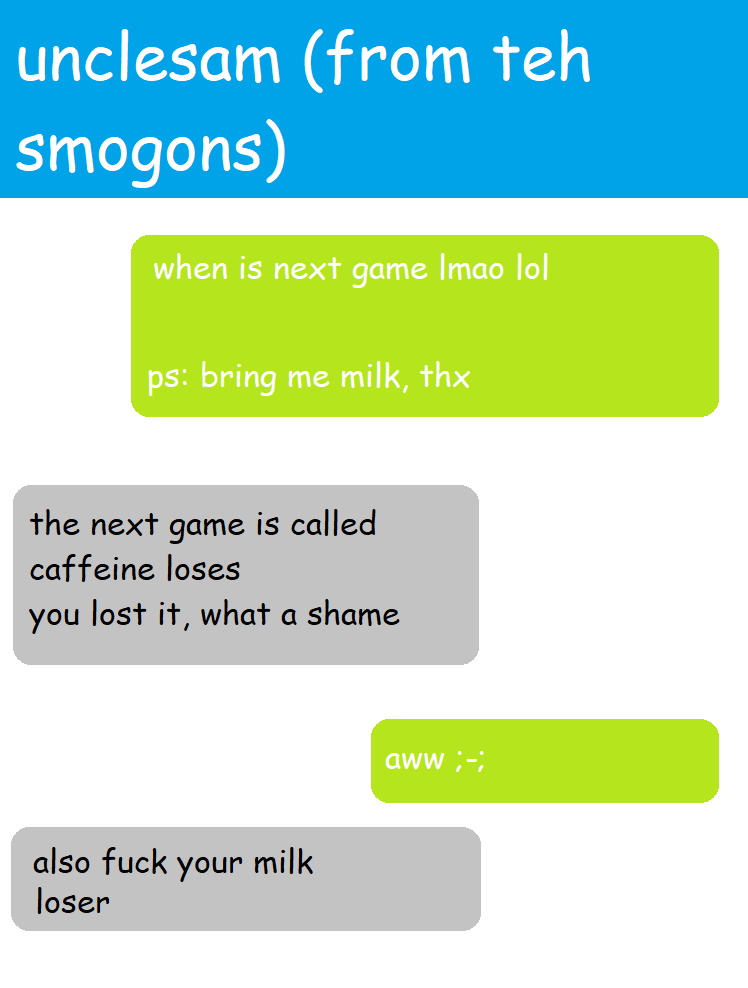 Hollah at ya boy

Each player will start with 12 maximum possible building space in their town, a cap that will increase by 6 per age up to a maximum of 24. There are two resources in this game: Food and Gold. You gather these passively each turn proportional to how many economic buildings you have standing in your city (Town Center / Mill / Gold Mine).

Each player will start the game with 1000 F / 1000 G and a Town Center. If your Town Center is destroyed, you will lose the game. You may advance in age for the cost of 500 F / 500 G if you have built at least 2*your current age number of different buildings (not including your town center). You may not re-build, repair, or replace a destroyed building.

You will spend resources to build buildings or build units at the production buildings. Each production building can build one unit to be added to your fighting force per turn. These units will never die (unlike in any other RTS game), and can be used either in offense or defense.

When calculating offensive damage: You may send out a fighting force to attack another player during your turn. These units sent to attack will not be available for defense during this same turn. The damage you deal to an opponent will be the difference in total CP between your fighting force and his, minus any defensive structure bonuses your opponent has (such as the 25 CP defensive bonus your Town Center gives you per age).

There are a number of unit modifiers that will be taken into account when calculating damage. As a general rule of thumb, you will not know precisely what units or buildings your opponents have built. If multiple people attack one player, the results will be calculated separately (i.e. it is assumed that the defensive units are at full strength for both attacks individually).

When taking damage: You will be informed how much damage you took from an attack, and you will have to deal out the damage to buildings. The HP of a building determines how much damage it can take before it is destroyed. Be aware that once you may not split damage, however: once a building starts taking damage, it will become a priority to be destroyed in future attacks. Additionally, if you take more damage than one building's worth of HP, you must ascribe the remaining damage to a maximum of one structure (i.e. you can never split damage dealt, though you can choose which buildings of yours are destroyed).

Oh right and rewards / boosts sorry
You may spend 1 garnet at the start of any turn for an additional 200 Food or Gold. You may not trade garnets during the match.

I can do evenings on the weekend, but I’m already committed on Saturday noon and afternoon

I am currently unsure what dates I will not be available for. I will get back to you when I do know.

Can you remind us what garnet order is?

Does the game run until there is a last man standing?

How does "once every other turn" work, does it just mean on odd turns, once on 1/2, 3/4, or just that you can't make a combined attack if you made one the turn before?

I cannot do any reasonable time on Saturday; I am busy from 9:30 am est to at the earliest 10 pm est.

I am also definitely busy Sunday from 9:30 am est to 1:30 pm est, but don't yet know my schedule beyond that on Sunday. It's very likely I will have further unavailability.

I should hopefully be able to make this weekend. Next weekend is troublesome though.

UncleSam What exactly is the win condition? I would assume last man standing but it isn't explicitly stated.

scheduling: sundays are trickier for me unless its like post 7 EST if we are only doing weekends, otherwise tuesday and thursday nights are tricky as well, generally can only do after 9 EST on those days

game-related:
so castles can build any type of unit?
can we build as many buildings as possible per turn?
for castle/tower CP, is the maximum the maximum number of archers or the maximum CP?