rock-paper-scissors, or rps if you're a Gamer, is a hand game as old as time. it involves you and a partner smacking your hand 3 times before throwing 1 of 3 gang signs: rock, paper, or scissors. rock beats scissors, scissors beats paper, and paper beats rock. this is how it has been played for decades, and this is how it will be played until the inevitable heat death of the universe.

today i come here to ask, is rps a luck-based game? you don't know what your opponent is going to use, so is it rng whether you win or not? is losing scissors to a rock the equivalent of getting flinched 7 times in a row by iron head jirachi? i've been thinking about this way more than i should be.

Snessy! said:
is losing scissors to a rock the equivalent of getting flinched 7 times in a row by iron head jirachi?
Click to expand...

I'd say it's more like 2 greninjas at 1% of HP and they are locked in hydropump, one misses and the other hits ig.

And yea this game is 100% pure luck but we as humans follow psychological patterns. For example, if we feel we are about to lose a rps bo3 and the score is 2-0, the most likely thing you will do is go with scissors and sometimes even rocks, but the least likely is bringing papers.
However, if you play 1000000% randomly vs. a rps artificial intelligence that analyzes the patterns you use, the results of Ties, Wins and Loses will be pretty balanced. I remember being bored in a TIC class so I decided to play 150 games randomly vs. the unity rps A.I. , and the results were something like 53 wins for me, 49 ties, 48 loses for the A.I. (unable to analyze the random patterns).

Anyone can try playing vs. this A.I. if the want tho 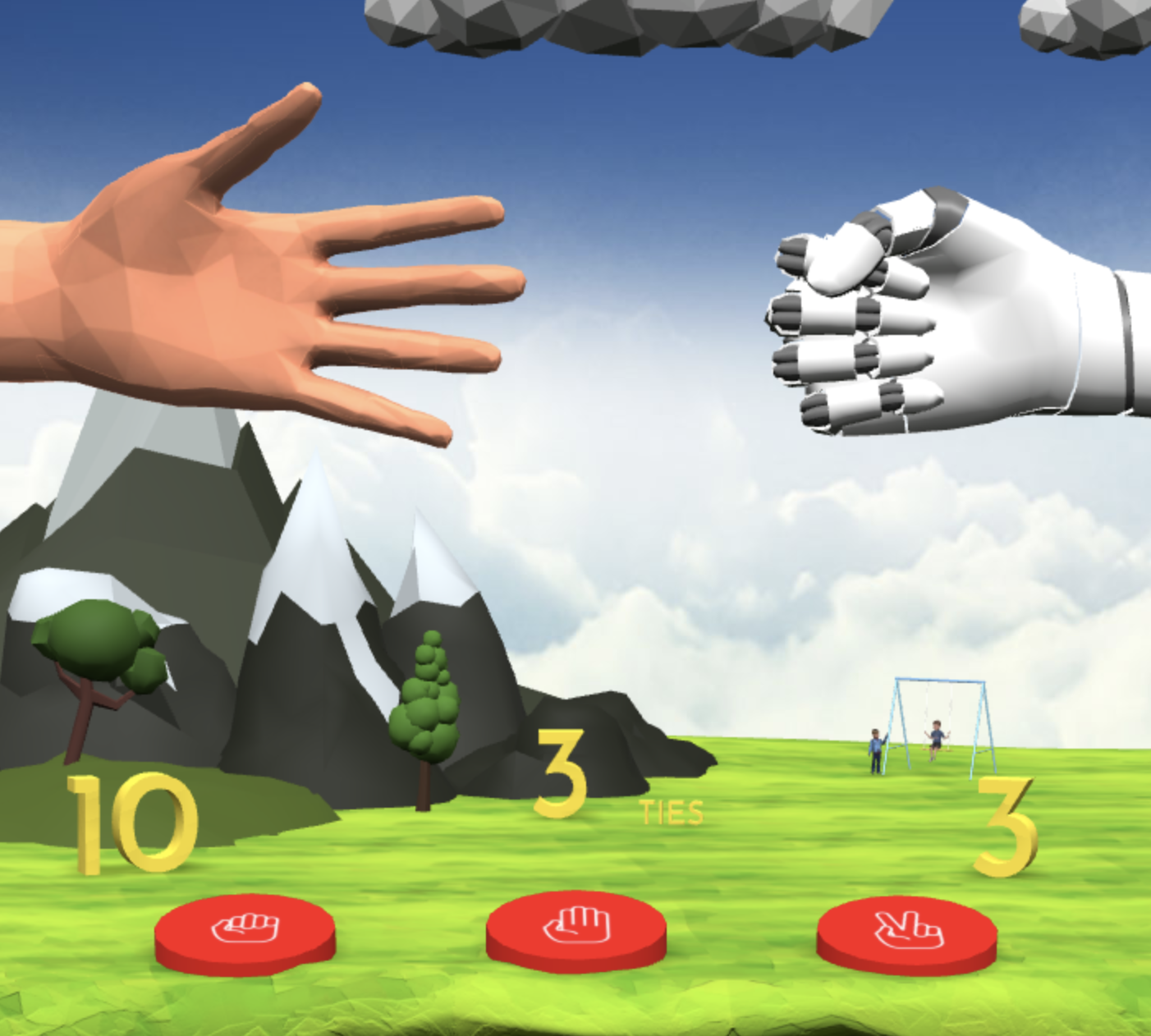 Calming if you look at it right.

Like a lot of games, it is probabilistic, and an AI could possibly remember which "hand-personality" refers to the most-likely hand sign. Is there an example of two AIs playing against each other? Then the probabilities probably approach 1/3 like you'd expect.

according to a 2014 study out of Harvard, RPS is one of the most skill-based games, second only to chess, so no, it is in no way luck based. based on the wording of your post i don't know if you are trolling, or thought this was funny, but RPS has an extremely passionate group of followers (incl myself). i would highly recommend looking into your local scissorhead communities on websites like meetup.com and attending an event. they're riveting.

i love rock paper scissors because it's like hey, is this guy gonna punch me, or is he challenging me to a friendly game of RPS??? haha--ow

You've got no chutzpah!

i wrote my degree dissertation on rock paper scissors... writing it on paper was difficult enough but the other two were impossible.

The 2014 paper "How Facebook can Deepen our Understanding of Behavior in Strategic Settings: Evidence from a Million Rock-Paper-Scissors Games" out of harvard authored by Dimitris Batzilis, Sonia Jaffe, Steven Levitt, John A List & Jeffrey Picel which is free to read as a publicly available pdf I've just skimmed is not about "street" rock paper scissors it's about a variant where every participant has access to full prior information about their opponents' previous plays and is thus irrelevant to the standard party game, where your information about the last five first throws given by your opponent is often unknowable, or at best variable enough to be unreliable.

So debates about street rock paper scissors may rage on.

made me think of this

keeps the varmints on the run

One thing I find interesting is playing Rock Paper Scissors online vs. in person. Online, you have more time to think of your moves and make a prediction, whereas in real life, you have to do it to the same 1-2-3-4 rhythm each time.

And then in real life you also have human elements like scissors being statistically the least played hand, since it is by a small margin the least natural of the 3 symbols to make. And rock ends up being the most common since it requires no thought or change at all (thereby the default for those who don't decide quickly enough). So paper becomes the safest option overall.


Fishy said:
i love rock paper scissors because it's like hey, is this guy gonna punch me, or is he challenging me to a friendly game of RPS??? haha--ow
Click to expand...

I've actually read that rock is more common amongst aggressive males for that very reason lol, but who can really say if that's the case.

I do not believe this to be true. Rock paper scissors, like any game, requires a sufficient amount of skill to play correctly. Here's a match I played with a friend on pokemon showdown, Frogfacts:

Rock Paper Scissors is definitely not luck based because I am in the hall of fame
https://www.smogon.com/forums/threads/1v1-official-tours-hall-of-fame.3657272/

For any yugioh fans, you wouldn't think RPS is luck based if you watch Ciiiiiimo's progression series :X

uhhhh how often am i supposed to pray again

the chad rock vs the virgin scissors vs the sigma paper

Adam3560 said:
I do not believe this to be true. Rock paper scissors, like any game, requires a sufficient amount of skill to play correctly. Here's a match I played with a friend on pokemon showdown, Frogfacts:
View attachment 398960
Click to expand...

i have to agree with the people saying rps is not a luck based game because of a few reasons i have done a little bit of research and have come to the following conclusion i have played against subject #1 5 games against him i generally lost all my games with a wide margin 1 game came close but it was still i win for subject #1 on the other hand i have played subject #2 5 times to and i won 4 out of the 5 games but not with a wide margin then i let subject 1# and subject #2 play 5 games against eachother and subject #1 won all the games with a wide margine conclusion: rps is not a luck based game and if you lose your just bad honestly

SagMyPants said:
Like a lot of games, it is probabilistic, and an AI could possibly remember which "hand-personality" refers to the most-likely hand sign. Is there an example of two AIs playing against each other? Then the probabilities probably approach 1/3 like you'd expect.
Click to expand...

Can we add gun to make it funnier

From the forest she returned

It's 50/50, you either win or you don't. So I actually have much better odds than the normal player who only has a 33.3% chance (repeating, of course). Over an extended session, you can use this edge on the odds to take small pots from the house.

RoA Leader
Written from the perspective of alpha male Rock:

Moderator
The hand council will be discussing a possible Paper suspect test or quick ban.
Cause rock rocks, and paper dont let it rock.

The beta male scissor's is quaking when the alpha male rock comes out but every alpha has a chad ready to kill him
THE CHAD PAPER COVERS ROCK
You must log in or register to reply here.
Share:
Reddit Pinterest Tumblr WhatsApp Email Link