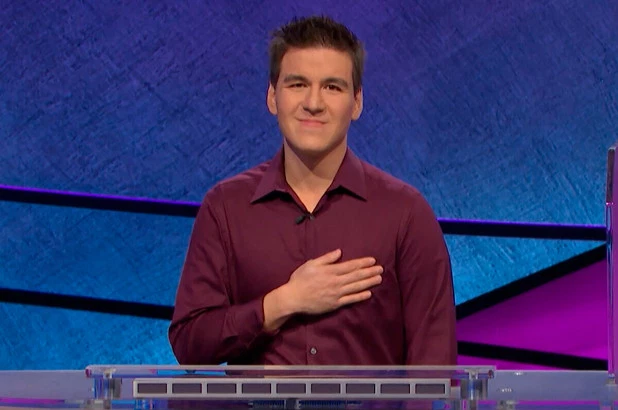 This isn't James Holzhauer's first appearance on a game show. I specifically remember watching him play on an episode of GSN's American adaption of "The Chase." (I'm a game show fanatic...) On "The Chase," James did unbelievably well, answering 12 short answer questions in 60 seconds correctly before having to face Mark Labbett. He also pulled the majority of the weight for his team in the final round, going on to win a third of his overall team winnings that episode, splitting $175,000. Seeing James return on Jeopardy 3 weeks ago was amazing and reminded me of how amazing he was when I saw him on "The Chase." But I don't think anyone could of have expected this. Now we're here, 15 days in, and James has won over $1.1 million. Not only this, but of the 15 episodes he's so far appeared in, 7 of them top the record list for most money won by a single contestant in a single day on a regular episode. (One episode was over $130,000 alone). James is also the 10th biggest American game show winner in the history of television as of the time of this post. Additionally, James is already more than doubling on average the amount of money won per episode compared to Ken Jennings on average per episode. This makes Jeopardy a hot game show to be watching right now as James continues his climb.

However, I think a lot of questions have come out of this. Jeopardy is one of the few remaining game shows to let contestants go on indefinitely like this. Wheel of Fortune used to have returning champions up to 5 days in the late 1980s, but even that was a definite limit. Should all game shows including Jeopardy have limits to how many times a contestant may appear or a limit to how much they can win? With more viewers tuning into a show like Jeopardy when a contestant is on a hot streak, do the increase in advertisement revenue balance out with the extreme above average pay-outs per day we are seeing from James? Is it more of a help or a hurt for the program? Do you think James is actually on par with Jeopardy legends Ken Jennings and Brad Rutter? Or is it just because of James' brute force strategies he's developed from playing poker where he takes all the high dollar amount questions first to stop his competitors from catching up to him? Will we find another Jeopardy contestant with such as mischievous smile? In spite of all of these questions, I'm really excited to watch James continue to play Jeopardy over the coming days, possibly weeks.​

Jeopardy used to have a 5 game limit which ended relatively shortly before Ken went on his run. It was around when Brad Rutter played.

From what we can begin to see here James Holzhauer has been beginning to slip up a little bit over the course of the last couple of games. I haven't been able to necessarily catch up with new Jeopardy episodes in my location due to my new overtime job and having to sleep during the day-time hours when new episodes broadcast. James isn't necessarily brute force racking up huge one-day totals anymore (as I am aware), but has still been very successful, and you can see even in the games he struggled such as the one in the YT video above he was still able to pull out a nice $54K victory. He's having a lot of fun and it shows. I hope his Jeopardy run continues.

a major hater and a math minor

I got super into Jeopardy starting last December through the episodes on Netflix, Hulu, and previously the Jeopardy subreddit, but I haven’t been able to watch any of James’s episodes and it is killing me. Am I just out of luck if I don’t have a TV / antenna / DVR / whatever?? sigh

On a Jeopardy related note I ran into Brad Rutter, Pam Mueller, and some other big Jeopardy names at pub trivia last week, that was exciting. They got third place!

James Holzhauer's 26th victory you can already begin to see these insane one-day scores just dropping. Reminder at the beginning of his run he has scores in the $100,000's, and we've begun to see his average on-day episode total slowly dropping now down to $76,582, which is still fantastic admittedly. The record was like $77,000 before James stepped in, so for him to still establish himself like this is absolutely amazing.

In other news, James has successfully reached the $2,000,000 winning mark, which as you are probably aware has only been previously accomplished by Ken Jennings on the show. Oh! And by the way, James is currently the fifth most highest-winning American game show contestant ever and is less than $100,000 away from taking the 4th place spot. Remember when James won just under $60,000 on GSN's The Chase? That's helping him along with that total too!​
Last edited: May 27, 2019

James Holzhauer continues to blow me away, and today showed us all that he has not lost any of the steam he had from the beginning of his streak. The second highest one-day total in Jeopardy history today, 130K. We should expect James to surpass Ken Jennings’ by the end of next week.

Also I want to briefly touch on how hard it’s going to be to beat James. The episode that Ken lost, he got either 2/3 or 3/3 Daily Doubles wrong PLUS Final Jeopardy wrong. But due to James’ aggressive strategy to find Daily Doubles early in addition to having better answering accuracy than Ken for both Daily Doubles and Final Jeopardy (James’ Final Jeopardy accuracy % is >97%...), it’s gonna take even more to beat James than Nancy beating Ken in 2004. People seem to forget with how much James and Ken are compared that if and when James surpassed Ken, his run is still far from over. Ultimately it’s going to be James that takes himself out rather than his opponents being better than him. And while taping 5 episodes at once has to be stressful, we continually hope he performs well in the coming days.​

I have absolutely no words. James Holzhauer just $60,000 away from surpassing Ken Jenning's money total during his 74-day streak and just $150,000 away from becoming the #3 highest winning American game show contestant of all time LOSES today. While James still answered on average with the same accuracy on the questions he buzzed in, he was just having too much difficulty beating Emma Boettcher to the buzzer. That in tandem with wagering relatively little in the Final Jeopardy compared to Emma's $20,000+ wager gave her the win over James. James does pick up an additional $2,000 for coming in second place, and I guarantee you this won't be the last time we see James Holzhauer in a Jeopardy setting. He may even end up having the chance to play for more cash against fellow Jeopardy extraordinares Brad Rutter, Ken Jennings, and Austin Rogers in a bigger tournament setting. For now though, James' run ends, and we'll miss seeing him search early for those Daily Doubles. And who knows? Maybe Emma Boettcher actually last a day or two unlike Nancy Zerg.
You must log in or register to reply here.
Share:
Reddit Pinterest Tumblr WhatsApp Email Link