artwork by Zephyr2007 ​
Rules:
This is part of the official LC Circuit and will use the following point distribution. As a Type A tour, the points listed are the actual values. For more information on different tournament types and how they relate to circuit points, please read this thread. Replays are mandatory for all games!
Last edited: Nov 5, 2021

wesh papillon to win it all

won with some very good fortune, hope we get better games at some pt
1 2

My opponent KM and i scheduled for 9pm gmt+2 today, it's 9:20pm and ive been here the whole time waiting so suffice to say he missed time. He did not communicate any delay so i'm claiming actwin. 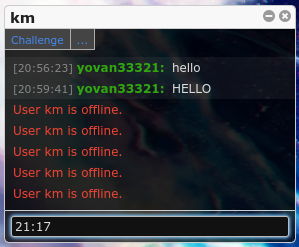 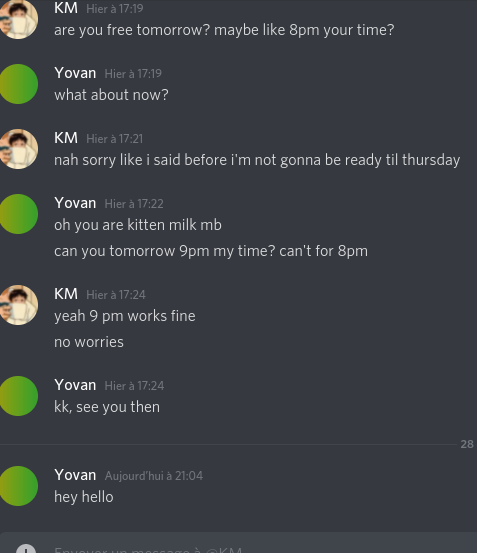 won vs Voltix in 2 ggs

yovan33321 said:
My opponent KM and i scheduled for 9pm gmt+2 today, it's 9:20pm and ive been here the whole time waiting so suffice to say he missed time. He did not communicate any delay so i'm claiming actwin.View attachment 380884View attachment 380885
Click to expand...

hi there! I've made multiple attempts to reach out to you on discord to reschedule over the last 24 hours without success, so I'll respond here as well.

first, i'd like to explain what happened to everyone. i messed up the timing by an hour bc of timezones and thought it'd be earlier -- the reason I didn't actually post or reach out is because it was Literally Thursday and i figured we could just do another time. i left my computer around like 11:45-11:50 am my time but left my computer open -- as seen by the two messages being sent on PS and then the offline messages.

now -- it's technically within your right to try and claim an act win on a thursday, and i deeply apologize for messing up the times and missing our scheduled time. that's on me. but if you're going to be pedantic and not make an effort to reschedule, I'll do the same. if i'm correct, the post I quoted is not a valid activity win re smogon tour rules for the following reasons.

Individuals
- If Player A and Player B agreed on a time, and Player B failed to show up, Player A must have checked in via the same medium used to schedule, citing the server and PS name, if different from forum username. They must have waited for at least 15 minutes before leaving. If Player B communicated their delay, this period may be extended to up to 30 minutes.
Click to expand...

While you did check in via the same medium used to schedule (discord), you did not cite the server you were on, state your PS name, or even say "hey, we're scheduled for right now for lc ssnl" etc" -- you just sent a message saying "hey hello", with no follow up and no repeated messages that you were planning on claiming act or that I had missed the time. as I said previously, I thought we were supposed to play earlier, didn't see you on, and figured it was no big deal and that we'd reschedule -- so when I did see a notification of your discord message of "hey hello" when I was in an uber on my way to an event, nothing about it said "you missed your time and you need to play your games on mobile right now otherwise I'll call an act win" -- which I would have happily done. furthermore, I've received no response for 24 hours after I messaged you afterwards apologizing and trying to set up a time to reschedule. the messages sent over PS (which, as stated previously, I was not actively on to see) similarly lacked any real content and were both sent BEFORE the scheduled time. this, combined with the fact that you made an activity post on a thursday afternoon, makes it feel less like you made good faith attempts to contact me and play at our scheduled time, but that you tried to send the minimum number of messages possible to avoid me potentially being alerted to them and your activity win going through.

normally, I wouldn't try and cite a technicality like this to challenge an activity call, but everything you did put together makes it seem like you're not acting in good faith, so I see no reason to just sit back and accept it. to reiterate -- i messed up the timing by an hour, assumed it was no big deal and that you'd simply missed and we'd reschedule later because there was plenty of time, saw your discord message simply saying "hello" and didn't feel the need to respond immediately because nothing about it communicated urgency or scheduling. when I came back a few hours later and saw your activity post (which, by the way, you did not tag me in :thinking:) i immediately reached out to you over discord, and I have not heard back yet (messages below).

again, my apologies for messing up the timing a little bit, but I don't think anything about the way you're trying to claim activity is being done in good faith -- or is legal via smogon rules. I've sent you my availability over discord for rescheduling, and I'm happy to accommodate outside of that to the best of my ability.