Nuxl said:
i.dont blame you.jalmomt. I think i played horrendously. off to a 8h car ride now.
Click to expand...

I'm not going to whine because I had the opportunity and I blew it. I wish I had more help but in the end I had a choice and whiffed.

Thank you everyone for playing see you later xoxo

My town win rate on this site is bad, iirc I'm undefeated as scum. Neat.

Viper, OM, Moody, Epik, did not play good. I will leave it at that in the interest of being nice. Moody had alright reads, but they don't matter when you set yourself up to be mislynched and don't play the game. Nuxl... played good in terms of posting, but I refuse to put him in the good category because he flaked half the game. I get irl happens no hate, but I just won't say you played a good game here.

Jalmont... you didn't read day 1, and I think that's what led to your reads being so wildly bad. Day 1 is the single most important day for finding associations mid an late game. At first, the dead thread including myself was very negative towards you, and your day 4 was abysmal false confidence. But I respect that you joined a game you didn't want to, and that you were willing to reevaluate a bit day 5. You can read the dead thread for more detailed comments if you want. I appreciate you tried when half the game was dead so you had a bad game but I would still like to play with this Jalmont again.

Thanks for the game all! I had fun, and apologies for whoever doesn't like me but I'll probably be playing on smogon more. 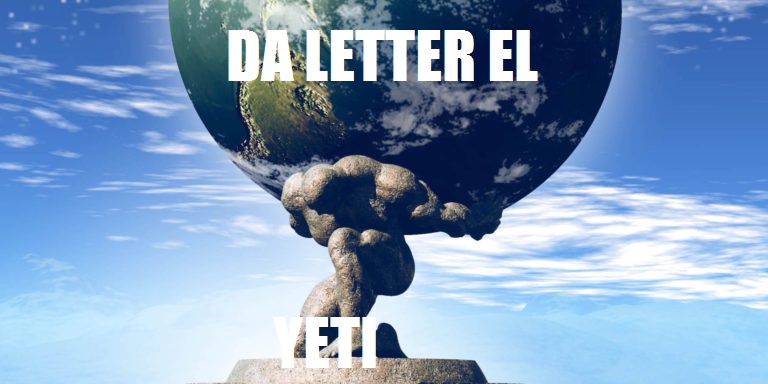 https://discord.gg/WjhKeTg
Dead chat. we had a lot of fun

Sole Survivor
yeah im soz every1. probably my worst towngame because everyone prides me on my activity and my tone was complete shit this game. idt my reads were horrible so in the end i can't be too mad at that but yeah. probably the most annoyed ive ever been d1 as well LOL. somes horrible came up that i needed to deal with later on. oh well. ill probably attempt to sub (if we have subs) in the future if this happens again and commit to a game where i don't have overlap with something else- overestimated my ability on that aspect.

if this something i can do, i want to nom Duskfall98 for the invitational ticket because he had a good game and i think it would be very cool for the site to send someone smogon bred and new. if not I'd pick texas or josh because they had excellent games overall.

thank god for yeti. Thank you for the carry comrade o7

It feels refreshing to not have to hard carry every single damn scumgame that I play. It’s good to take a break. Thank you yeti.

It feels refreshing to not have to hard carry every single damn scumgame that I play. It’s good to take a break. Thank you yeti.
Click to expand...

bruh u owe me for getting ur potato mess the W

Yeti said:
bruh u owe me for getting ur potato mess the W

well I did rocket you to sky high supertown level so that you could carry in the first place, literally to the point where the only person who “caught” you was because you didn’t die lmfao... you couldn’t have done it alone...

Yeti said:
anyway gg everyone sorry 2 my mislynches and the towns i hard pocketed

It’s a lot more acceptable when playing with random people cos it’s professional and part of the game, but playing with friends/people you know it is slightly, hurtful

I’ve said this before and nothing in the game had changed this: duskfall is town MVP for correctly catching me with correct reasons and correctly remaining on a correct tunnel directly causing my lynch (the only lynch of a scum player)

He has the potential to become an amazing mafia player with more experience. Congrats on the good showing

When are we having another game like this? A year later? It was fun while it lasted, if the idling problem is solved I think it would be super fun

GG scum, sorry town. I've been watching this game since the beginning and it was a fun read

I don't have a whole ton lot say because I spoke so much in the dead chat but Jalmont, don't be so hard on yourself. I initially gave you shit admittedly but I appreciated that you were committed to being active and lynching dle in f5. Unfortunately, viper lynching yeti and dipping kinda forced the lynch to be between himself and her so :/

Dusk, I was really impressed by you this game. You too, former. You started off weak but you were able to nail the remaining scum before everyone else. So good job guys!
Last edited: Feb 25, 2019

Jalmont did pretty good. His trolling d1 allowed him to remain permanently alive but permanently townread. I’m not sure how sustainable writing 4K word long walls is to do so, but it worked, so it’s good.

He was just put in a bad situation in endgame with yeti having large amounts of thread control. Very few players would have made the right decision there, especially when actual town looked more scummy than actual scum. Of course, this situation was already planned and engineered by myself and yeti (yes, I was still alive when we started planning that endgame), which was why it was potent, but FH put a strong resistance and jalmont was stuck in a hard place once the plan fell in motion.

If jalmont keeps up this good level of play in future games, as well as FH with his uncanny accuracy, and these not being one-off events, then it would be wonderful to watch them play in future, and then smogon mafia can really improve significantly for the better.

Frustrating to watch activity influence this game as much as it did after I died. Think town as a whole performed well, and scum didn't play nearly as well as MS is trying to imply. Can't say I'm satisfied cause I do think town should have won but eh, that's mafia. Not my best game ever personally, but somewhere between average to above average so can't feel too bad about that.

Like most of this game I don't really know what to say. I am bitterly disappointed at losing, even though objectively speaking, I think I played ok. I came in not really wanting to play but then turned it around and created a good situation for myself even if I ended up being wrong in the end result, I did have a lot of thoughts that were on the right track (that I guess I didn't articulate well enough). I think it's fair to say that not keeping up chronologically hurt my ability to think about the game but I also feel that in this game it was difficult to think about. I don't know, I'm not sure why I feel so crushed. I guess in the end I really did care and I really wanted to win and that obviously didn't happen. It's absolutely not fair to say I choked or that if I had more time I could've thought things out because I think that discredits the game that the mafia played. I think I said that if the mafia was the two it was than the game it was and while I was right it was a lot closer than that. I think it just sucks that I lost myself really badly and ultimately everything was in my control and I let myself down (and I guess my team now). On one hand I want to be mad at vooper and nuxl for just giving me very little when all I wanted was for them to talk to me but at the same time I can't help but think it was right in front of me and that I somehow should've just known what was right and that it's unfair to blame them when the choice was mine. Maybe I guess what really frustrates me is that I just go into a mindset where I wish I hadn't signed up instead of thinking about the positive and using this experience to improve myself. So I feel sorry for myself instead of learning. I wish that was something I could do wrt to anything period.

I'm not going to read the dead chat because I'm not really interested in reading about people flaming me. I don't really care what people think about me as a player in general or in this game (it's amusing to me to consider this a "good" game for me I guess because I think I am pretty consistently "good" year in and year out. I will never be "great" because I don't care to play a lot [anymore] and I'm ok with that). I play because I enjoy being a part of this community and that is more important to me than anything. I am much more interested in playing for the sake of playing and helping others enjoy the game of mafia as much as possible and help them improve. It is why I hate the idea of an "invitational." Perhaps that's just a grander way of saying I can't perform when there are stakes of any kind but again I think that's unfair the mafia who played well.

I was going to defend myself about day 4 but I think it's best for me and everyone else if I don't bother. All I'll say is that I wish I was approached differently instead of being told I was wrong without reason and given ways to help myself find the "right" answer. I was much more open to being convinced that apparently it came off as but I just do not respond well to being strongarmed. I guess the mafia did a better job exploiting the fact that I in general wanted to give outs to people.

Sorry if I am coming off selfish in talking so much about me. Thanks Asek for hosting and congrats again to the mafia; they got me! Sorry to the town I let down and especially vooper and Nuxl.