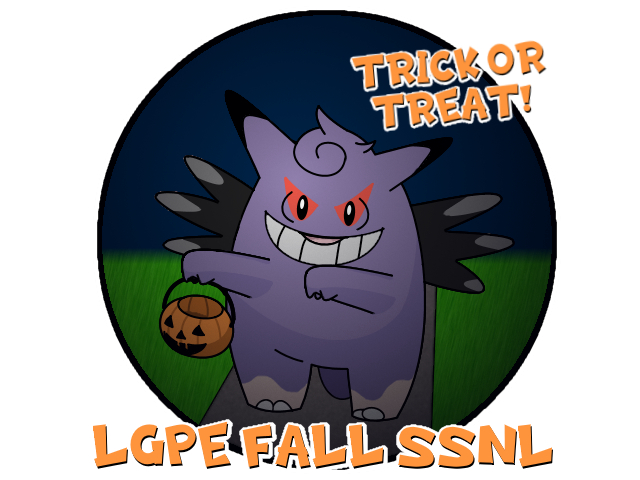 banner by me!
​
Welcome to the LGPE OU Fall Seasonal, this year's last open LGPE Circuit Tournament! Performing well in this seasonal earns you points towards qualifying for 2022's LGPE Championships. Additionally, a prize of 50 USD (or equivalent) will be awarded to the winner of this tournament.

Post "in" or "omg that banner is so cool" to join! Signups close September 25th at 11:59PM GMT+1. Signups after this time will be allocated as substitutes for inactive players.

omg that banner is so cool

in and act play my games

beauty is the only thing that matters