Moderator
Hello friends, that time of year again to decide someone to go forth and shout at people on our behalf. For anyone new/unaware mafia championship is a tournament on Mafia Universe where many different sites send a representative to go and face off each other to try win the tournament and become the champion. The games are usually extremely active so they can be a sizable time commitment. There will be 1-3 games this year per player with qualifiers, semi-finals and finals, so depending how well you do you might have to play more or less games.

Amy's system last year worked pretty well for votes so let's do that again. You have a week to nominate anyone you think should be included in the final poll to represent us, unfortunately no self-nominations. You may nominate up to 2 people. After a week has past I will submit a final poll to vote on. 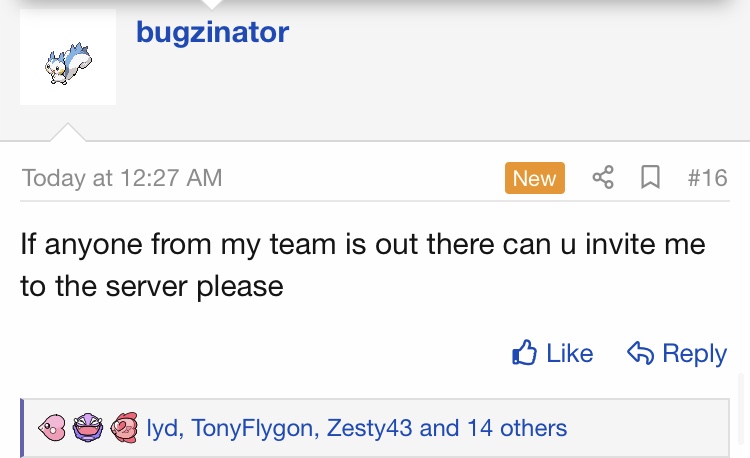 Lets go baby. Ive never been more ready for something in my entire life. U won’t regret ur nom

Nominating dusk, might put in a second name later, idk how much longer noms are up for tho

i'm past deadline but my noms are jalmont and nuxl

I'm literally the face of this forum

I guess I'm late but jalmont would be cool even tho he probably wouldn't enjoy it?

i appreciate it but i don't think i'm very deserving plus i'm not quite interested. please send someone else who actually plays games on this site.

or do what asek said that would be funny af.

Moderator
Ok final shortlist is up, after speaking with other mods we decided in the aim of fairness it would be best to set a small minimum criteria of games played to compete. (Criteria was 2 games in the last year, we didn't want to make it unreasonable)

Anyone else not on the list is because they declined to partake with me privately. The poll will be up for 7 days from now, first place will be the rep and second place the sub. Good luck!

Please note that Heal got an SK win. Sure there are no SK's in this setup, buuuuuut...
Anyway, good luck to whoever represents Smogon, please don't make people ragehydra like last time.

CaffeineBoost said:
Please note that Heal got an SK win. Sure there are no SK's in this setup, buuuuuut...
Click to expand...

If you can dodge a wrench win at full elim, you can dodge a ball win at parity.
You must log in or register to reply here.
Share:
Reddit Pinterest Tumblr WhatsApp Email Link