Well here I am in the 6th gen and while my old perish song thread didn't go well, X and Y has given me the perfect tools to take my perish trapping to the next level!

​
With the new VGC 14 rules, half of my team were unusable, but I gladly switched them. Now recently, I've saw another perish trapping thread, and I admit that team is nice. Just so you know... I DIDNT COPY OFF OF IT I MADE THIS TEAM BEFORE READING IT. Alright, now on with the team.
NOTE: Because this is VGC, I will show you my IVs because its what I am really using. Azumarill takes in a new fairy type, which allows her to those stab dragon, bug, fighting, and dark moves more easily, all at the cost of being scared of poison and neutral to steel. Now let me explain why Azumarill. She is very hard to take down. And because people assume its huge power, they go ahead with their amoonguss and try to spore it. What do they get? A Perish Song. Sap Sipper just trolls every grass type. As for the moves, Perish song+protect to stall them out. Play rough>Waterfall, and it comes just in time as drizzle usage gets lower. Light screen is there if she has nothing to do. Its better than rain dance, which i used last gen. Item can change now, since thundy is banned, but I still use wacan just in case manetric or ampharos is around. 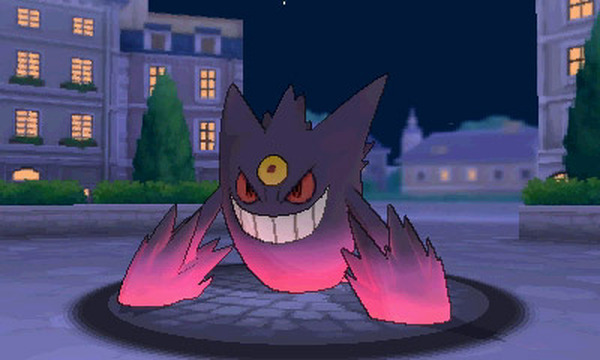 Yes he replaces ms. magius. While he could've stole her title for fake-out proof perish songer, I decided that gengar's soul purpose (get it?) in my team is to trap and remove the ghosts. Thus, I did not run perish song on him. Basically, he stalls out with Sub Protect and smashes ghosts with shadow ball. Disable is icing on the cake, as now I have a semi-reliable solution of crossing out the bane of perish song: U-turn. Or I just stop a move that is predicted to be spammed. The extra bulk on gengar really helped me.

He is my perish songer 2 of 2. Hes got decent bulk. Enough bulk where max adamant scizor's bullet punch 3hko it. But his best selling point is prankster. Perish song will usually get up thanks to that. Priority recovery is also nice. Lastly, I was deciding which dark stab I should be running. I made him bold for snarl, but I'm starting to see the perks of foul play. Since I only have 2 perish songers (compared to 3 last gen), and VGC only allows 4 pkmn, you can see how much pressure is put onto my two songers. But 90% of the time they get their job done.

She has a disappointing IV seed, but she is still very important if Gengar just can't stay alive. Her job is the same as Gengar: Survive. She even has decent type synergy with gengar as she can take psychic hits while gengar takes bug hits. Heal Pulse is a new egg move she got. It keeps my songers alive. Rest is if I need to live but can't rely on protect. Reflect is filler...

Okay so she has the worst IV seed in the team. I got lazy because she IS running sash so what the heck. I have contemplated whether it be raichu or zebstrika. X and Y moved my decision to Raichu who thankfully has a bumped speed stat. Raichu is stronger than the zebra, and has fake out, which is scary good for perish song. But the main reason why I was debating over the two was because of lightning rod, which crosses out both of my songers' weakness to electric. Thunderbolt or Thunder, both works. Charm is filler that would have been encore, but I failed to breed that on him.

*Sigh* Tbh, I never used him. He is for singles as you can see from those HP evs. It looks good in theory, but I just can't fit him in the four slots. This is where I'll stop neglecting him. The main purpose of Mawile is in the team preview. Odd enough, he tries to threaten people by just being visible in the team preview. People might bring in their amoonguss just for him. Mawile also fakes people out that this is a trick room team. Looks believable, there's murkrow, gothitelle (someone might think its running competitive), and azumarill (who is widely assumed to run huge power). And because Mawile has a mega-evo, people might think twice before trying to EQ levitate gengar. Another reason why I'm not running another trapper is that it will be a dead giveaway to the team (wobbuffet, dugtrio, gothorita). One time (this was 5th gen), a thunderus-I taunted my azumarill when my partner was a gothitelle, which shows he knows my strategy. I might replace him for aromatisse, because she is my next shiny to hatch for.

So that is my team, which currently won 10/13 battles. I hope you raters can give me some suggestions or feedback on this team. And if you are suggesting to replace a poke, make sure they are in the Kalos Dex (no ms.magius or wobbuffet, or hitmontop). I don't own any of the pictures...​
Last edited: Nov 29, 2013
You must log in or register to reply here.
Share:
Reddit Pinterest Tumblr WhatsApp Email Link