i said this days ago and nobody responded to me so

nobody else to blame but yourselves :]

this is a sad page to read

also we should talk about gamespec now and be done with it until our vig claims sometime in the next two days
I don't see the point of voting anyone as mayor other than to make sure whoever dies isn't the one person we felt should survive another day, talk of splitting the vote seems ?? at this point

(I meant setup spec not gamespec)

I'd probably vote for one of nuxl/mewtwohidden/jordan for mayor 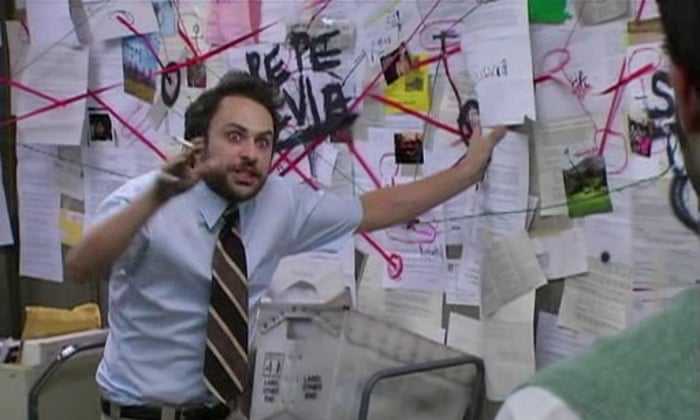 I just woke up but Fenrir: I literally rescinded the shit I said about you and you decided still decided to read into it like I still stood by it. I decided to start reading you based on your wallposts because of the linked game god dammit.

Town read on fenrir purely because voting for mewtwo is good
currently eating lunch when it's like 6 pm or later back home, wild
Jordan tunneling on fenrir and abruptly realizing he was wrong feels like towny owning up to a mistake but by and large outside of these three people I don't see anyone "acting towny" smh

Third person there is a continuation of my nuxl read btw

I think this is a horrible justification to read fenrir town, but I do agree with your town reads of fenrir and jordan.

Assuming I'm scum, which I'm not, what makes the idea that me and fenrir are both mafia, and he's just trying to distance himself from me unlikely/impossible?

at airport flying to france on sketchy airline

will keep you updated

MoodyCloud said:
I'd probably vote for one of nuxl/mewtwohidden/jordan for mayor
Click to expand...

Fenrir Aesir said:
you mentioned thinking that Mafia would "benefit from shifting discussion to nuxl/bluedoom" and later mentioned wanting to vote them for mayor; is there a reason those two stood out to you as town early on? Also as a sidenote you mentioned me being new; I'm only (sort of) new to this site (Mafia in general I've been playing since ~2016).
Click to expand...

When I said mafia would benefit from shifting discussion to nuxl/bluedoom, I was trying to show how my post wasn't AI either way because there are reasons for both mafia and town to make that particular post. The benefit for me if I was mafia is, the post directs conversation away from me and onto nuxl's shitposting while allowing me to still seem active. On the other hand, as town I both put pressure on nuxl (if he did turn out to be scum) and get to figure out how bluedoom approaches the question. Both these things are a step up from RVS and end up pushing conversation forward, bettering the towns position.

Admittedly my read on bluedoom was largely a gut read at that point, as the types of questions he was asking seemed more useful than a lot of the stuff I saw from other players. I just felt better about electing bluedoom than I felt about basically anybody else.

With nuxl the information I had to go off of was page 3-5 and everything he posted seemed pretty townie. This part is kind of biased, but when is scum every going to try to angleshoot somebody clean based on activity that isn't even really ai unless me and nuxl were both mafia. I really can't see scum doing that. Plus, on page 4 nuxl continues to drive conversation forward and even unvotes jordan after admitting that he misunderstood what he meant. I feel like this early slight town read only got stronger as the game progressed.

smogon account said:
Because that's my interpretation of it what more do you want me to say

these are the kinds of questions that are making me vote you brah
Click to expand...

I read Sultan as scummy. Just because somebody votes for Sultan doesn't mean that I will immediately read them town based purely on that alone. If you just have a gut feeling-that's fine, but the justification you used was silly because even if I was scum and fenrir voted for me, fenrir could still be scum. That's all I'm saying.

Somehow, I have a wagon on me. Why, I do not know.

Fenrir Aesir said:
Because DS was proposing that the MewtwoHidden was noobscum? I don't expect DS to have meta knowledge, but since he had that theory he presumably has ideas of differences between how new players act as scum vs. as town.

Re: mayor discussion, I feel like everyone should just vote whoever's towniest. Assuming the player we vote as mayor is town and correctly protected, even that's only going to keep them alive temporarily (since a player can't consecutively become mayor) and the mayor vote shouldn't even affect the game much unless it's given to one of the roles that gets other bonuses for being voted. The vote watching/tracking roles should be helpful for figuring out agendas. The bit Nuxl brought up about close votes being potentially redirected is true though so if we want to try and coordinate something I'm down. I think the best opportunity for that is gonna be using that strategy to ensure the reformer gets their vig shot.

/shrug I kind of just feel like playing it as vanilla and voting one of the towniest players until someone claims reformer or smth, but if y'all have a game-breaking idea I'm down.

bluedoom I'm finishing this post with a list of my current reads :thumbsup: ended up sleeping longer than intended since I didn't actually have my first class today, so I'm kind of scrambling to get through everything in an hour as I write this. HYPE extension, I've still got a class in ~2 hrs but it'll be in session at deadline so I'm still sort of scrambling.

MewtwoHidden you mentioned thinking that Mafia would "benefit from shifting discussion to nuxl/bluedoom" and later mentioned wanting to vote them for mayor; is there a reason those two stood out to you as town early on? Also as a sidenote you mentioned me being new; I'm only (sort of) new to this site (Mafia in general I've been playing since ~2016).

Any player not listed below doesn't have any content that makes me read them strongly either way. The most notable case of this is bluedoom; I'm gonna (if I have time still) look around on SF some for any of his recent games).

XnadrojX: It's been a while since we played together but I don't like that so many of his posts are just playing devil's advocate to things people bring up; it's reminiscent of his scum play from what I recall. Most of his posts since he unvoted me also don't really commit to anything (even after he asked Nuxl for a link to one of my games and Nuxl obliged he went on to disregard it and decide to read me based on the wallposts he's assuming I'm going to make. (He's right in that I'm wallposting now but :thinking:)

DS: Right now there're two things keeping me from sheeping the consensus townread on him: (1) It's weird to me that he's only given insight on Mewtwo/Sultan/Inferno despite having pretty consistent presense through the game. (2) I'm generally hesitant over potentially misreading him b/c of his reputation as a champs finalist. Not a slot I'm interested in lynching rn as nothing he's done really pings me.

Moodycloud: All his posts are about game mechanics barring a vote on Whydon [who currently has ~3 posts]. Keeping an eye on the slot and anticipating reads in some form from it some time soon.

Sultan of Skook: I dislike that, given his own activity level, his first meaningful piece of content is calling out Nuxl for going after others' activity. I went back to check their play in Twin Trap (where they were town and subbed out D1), which included a mention that they prefer to react when games get started and wait for content that gives them a strong read in a given direction. Having such a strong read on someone for scumreading an inactive player seems off, and they also ignored pretty much everyone but Nuxl.

InfernoDragon: A vote I could get behind. I agree with the callout that he's sidelining up until post 121, but even then all he's given for reads are sheeping the town!Nuxl consensus and his most recent post, where his only actual reads are the scumreads on Sultan/Mewtwo, neither of which he's committed to with any voting/questioning.

MewtwoHidden: Banking on the fact that Nuxl hasn't been subbed out/modkilled for his "angleshoot" read, I'm inclined to read MewtwoHidden as town for the same reason. His posts re: the setup also feel townie in their efforts to break it and I also generally lean town on people who don't use setup discussion as a crutch to avoid giving reads [see: my current read on Moody].

Nuxl: First off yikes spamposting; I agree with the consensus townread on him currently though given he's the primary force driving any form of discussion currently. Someone at some point mentioned wanting to read him as town just for being active which I disagree with, but at present he's the only one who's been consistently trying to coordinate the mayor votes in some way and get people to produce reads while also interacting with his own reads in order to develop them.

Not voting: DS, MewtwoHidden, Nuxl
Votes I could get behind: Jordan, Inferno, Sultan (in that order).

First of no I was not saying that MewTwo is noob scum. Nuxl brought up the whole noob part I believe, and I made an offhanded comment which was meant to be taken as "if im right and its scum only noobscum makes that mistake" but I didnt spell that out completely and now an entire fuckin conversation of the day has been noobscum vs noobtown which honestly is just annoying and not really relevant to anything.
You must log in or register to reply here.
Share:
Reddit Pinterest Tumblr WhatsApp Email Link