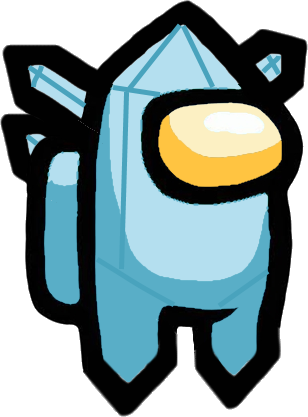 ​
Pet Mod Concept: We will run a full mafia game through the format of a traditional Pet Mod (in this case, a Clean Slate clone). The mafia will get night kills by having their submissions voted in.

Submission Process: This mod will follow the same slate system and general rules as Clean Slate Micro, with further slates being added as necessary until a winner is declared. The Mafia members will also submit Pokemon, but their Pokemon have to follow a certain set of prompts that should make their submissions detrimental/not fit their role in the metagame.

Voting: Voting for submissions will follow the same rules as it does in Clean Slate Micro, so refer to that for rules. After the submission voting phase, however, there will be a lynch vote. The lynch vote is to decide who, if anyone, will be "killed" and removed from the mod. Each player can only vote for 1 other player during the phase (or vote skip). Note: There may be certain roles that alter the amount of votes received, so if you count votes and they don't match the winner(s), that's why ;).

The Night Phase: After the voting concludes, there will be a phase between voting and the next submission slate called the night phase. During the night phase, players can send me a PM with their night action, which will be described on the role PM that will be sent to you. Additionally, the mafia will receive 1 night kill for each submission of theirs that is voted in, to be used on whichever night they please.

Roles: Most players will have special roles that can use special actions during the night. For example, there might be a player in the game whose role allows them to target another player during the night to learn what their role is. Be careful about revealing what your role is- you don't want to become a target of the mafia too early!

Breaks: If needed, there will be short breaks from playing this mod to prevent burnout.

No submission metagaming. By that I mean stuff like saying "Remove Magic Guard from your sub or else you are mafia" or other things like that. Otherwise it's much too easy to break the game.

You can only miss one submission slate. If you miss a second slate, you will be modkilled/subbed out.

No posting screenshots. I hope this is self explanatory.

Yo I Don't Wanna Fight Cerberus

when the inposter is sussy baka

meow? (waiting for something to happen?)

im the opposite of out (aka, im in)

When the inpostor is sus

And sign-ups are closed! Sorry to those who were unable to sign up.

That's it for signups! I will be sending out roles in a bit. Remember, you can also sign up as a sub in case anyone drops out.

All role PMs have been sent out. The game will start once everyone has confirmed.

For reference, these are the size of each faction:

Sorry for the delay! Let's get the game started: