This may be the first time a Ravens Steelers trade has happened in a long time...maybe ever?

WaterBomb said:
Also the Patriots have the goatest coach with a proven track record of winning titles regardless of talent, they will be an attractive destination until he leaves.
Click to expand...

I look at it as Tom was the Good Cop to Bill's Bad Cop. Now with the charismatic good guy out of town, all that's left is the crusty (though still extremely brilliant) old hard ass. People are also ignoring the fact that the best OL coach Dante Scarnecchia has retired for the second time. Sure, the pats probably won't be wracked by injury on that front like last season but I have a hard time believing they can just conjure another OL savant out of thin air. Lastly, while the core of the defense remains intact, they have bled a lot of talented players in FA and will be hard pressed to produce the same defensive results as last year without another cream puff schedule. Do I think the pats will nose-dive? Probably not (unless they try and tank for Trevor Lawrence FUCK THAT) but they are gonna have a fun time dealing with the Bills without the GOAT to pick that excellent defense apart

Colts making moves to trade their first round pick for DeForest Buckner. That D Line is looking pretty legit now but the secondary is a question and the receiving core is bad. Hopefully Ballard addresses this in the draft

Captain Skywalker said:
Colts making moves to trade their first round pick for DeForest Buckner. That D Line is looking pretty legit now but the secondary is a question and the receiving core is bad. Hopefully Ballard addresses this in the draft
Click to expand...

I wouldn't be surprised if they used their 2nd on a receiver. I'm surprised they didn't grab any DB's though. Hopefully my boy Minshew will shred that secondary!

EDIT: And today they grabbed Xavier Rhodes. Good deal for them if he can bounce back.
Last edited: Mar 26, 2020

Bucs new uniforms looking good. The simplistic colorway and absence of alarm clock digits is a big improvement. You know Tom Brady was like "I ain't wearing that trash you used last season!"

Just because he might've had good reason to not attend OTAs doesn't mean those critics aren't correct, though.

It's remarkable how the idea that the Patriots receivers couldn't get open spread like wildfire when in reality Brady literally refused to throw to them when they were open because they'd dropped the ball.

As opposed to Edelman.

Who led the league in drops.

And him openly admitting this is just fine I guess?

Billy O'Brien playing 4D chess with the league. Why settle for 1 Nuk when you can have 1/2 a David Johnson and the other 1/2 concussion Brandin Cooks? It only took 40 years but we're finally getting to see what happens when you let Fredo run the family. gg texans fans

Mr.E said:
Just because he might've had good reason to not attend OTAs
Click to expand...

As a lifelong Bucs fan I've always had an appreciation for Gronk and how he played the game. Who would've thought that after all of these years of watching him from afar he'd end up playing for my favorite team!

Bill about to find a way to get the Browns to agree to give them a 4th round pick for Roman Reigns too.

by pick 14 something will have to have broken right? 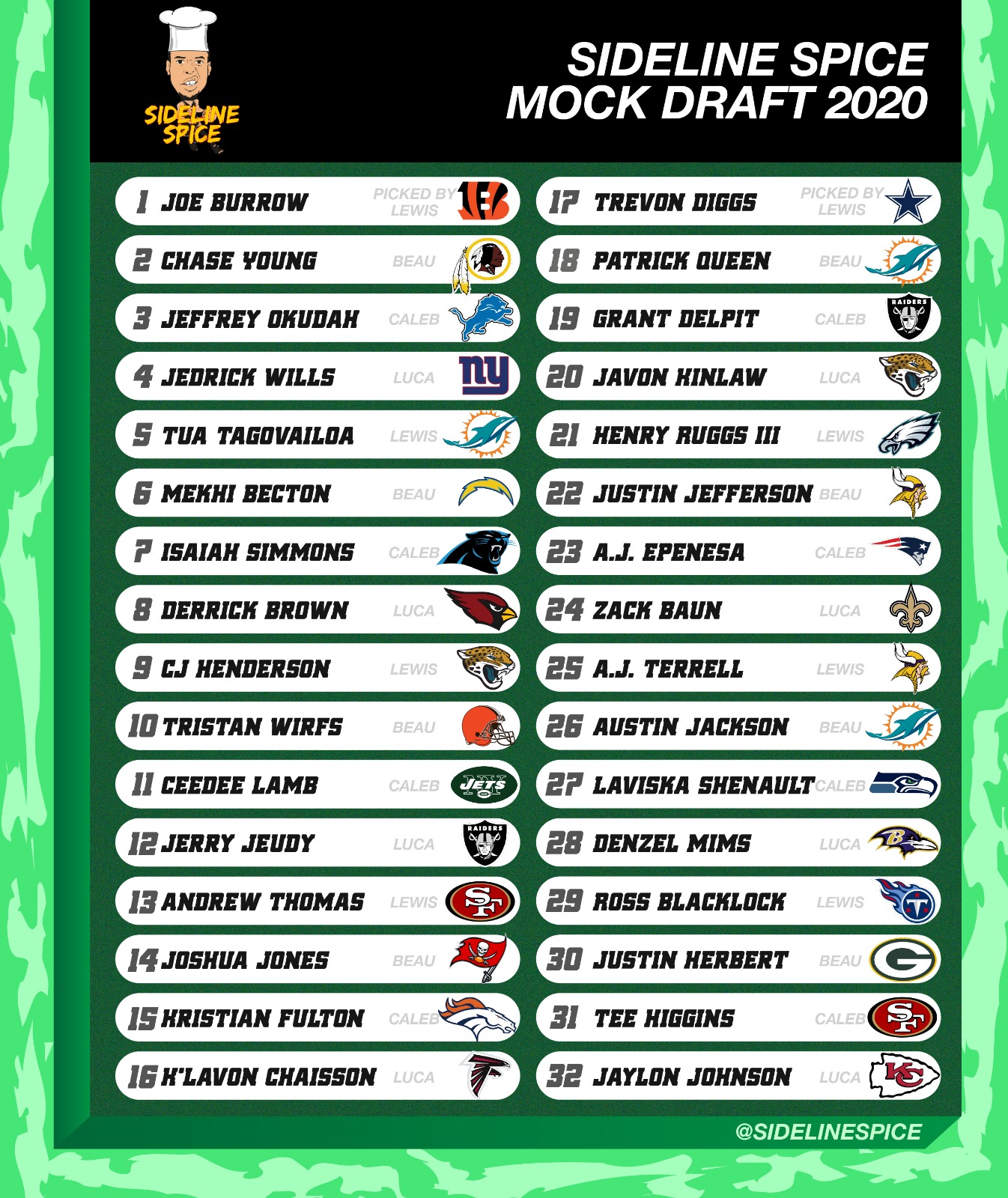 And here's the video:

Pats should trade every pick for Tua.

Steelers bout to trade up and take Love in the first

VeryOaty89 said:
Steelers bout to trade up and take Love in the first
Click to expand...

Nah that would be the Packers lmao!! I almost died laughing when they did that because from what I've seen of him the dude is ass with physical potential. As a FTP stan I'm incredibly happy with their pick
You must log in or register to reply here.
Share:
Reddit Pinterest Tumblr WhatsApp Email Link