After much discussion, the UnderUsed Council decided to hold a council vote to address Jirachi. While we have largely moved away from council votes except for the period immediately following tier shifts, enough concerns were raised about Jirachi that we felt it needed to be addressed.

The core concern with Jirachi is its Happy Hour set. While it has several viable sets, this in particular has proved problematic across the board. With Jirachi's excellent defensive typing, great bulk and solid mixed offenses, this set has proved to be a complete nightmare for many teams. Its Speed and bulk make it incredibly difficult to revenge kill, and actual counters are limited to a scant handful of 'mons such as physically defensive Arcanine. Anyone who has been watching recent tours should be very familiar with how deadly this set is: it has become a running joke to see how many UU Majors games end with a Jirachi with +1 to all of its stats on the screen at the end of a game, and the set is proving dangerous in official Smogon tours such as the ongoing Snake Draft tournament as well.

With wide displeasure with Jirachi's presence on the tier (both on the forums and in the various official UU chats on Pokemon Showdown and the UU Discord), the council decided to hold an emergency vote on Jirachi rather than going through a full suspect process. While every vote has not yet been submitted as of the time of this post, the 8/10 (EDIT: 9/10 now) active council members who have voted have been unanimous in their decision to ban, meaning that we have a guaranteed supermajority. Therefore, Jirachi is banned from UU.

I will update this thread with the remaining two votes once they are submitted. Please note that emergency council bans like this are the exception rather than the rule. Expect us to largely continue with public suspects except in the period immediately following tier shifts, as per our tiering policy. The council is currently in discussion regarding the next public suspect; there should be an announcement about the next suspect shortly. 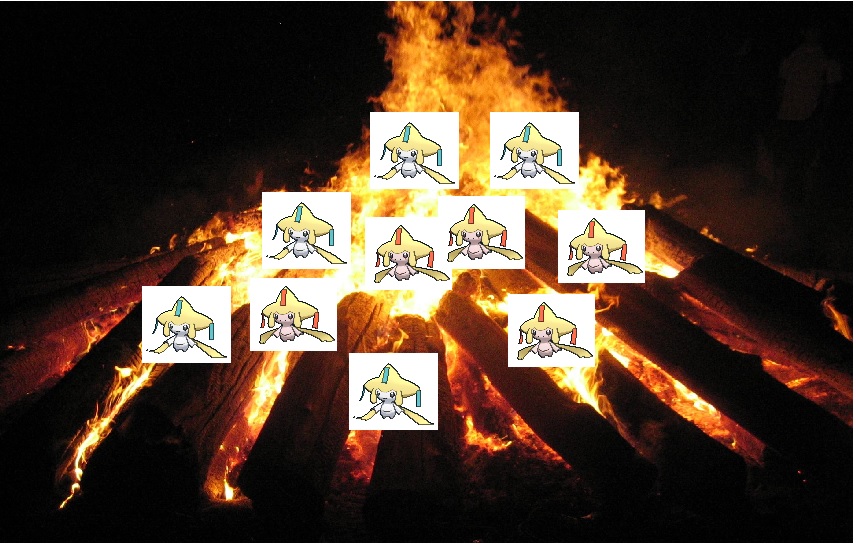 Thank you. The Hax King has finally been dethroned. Ib4 Mega Gardevoir gets suspected.

I wouldn't derail the UU thread with replays from OU. Regardless of its performance in OU, it is broken in UU. In the case of your replay, your opponent should have went straight into Landorus-Therian and proceeded to Intimidate spam it (Landorus, Heatran, Landorus, Heatran) -- he deserved to lose by letting literally everything else die.

Back to UU, I have some questions:
a.) How long until the next suspect? (Weavile & Gardevoir are what I'm looking at)
b.) Do these threads typically stay unlocked after the suspect results? Is there more to discuss? I'm a bit confused, as OU usually locks these threads after they have concluded.

I'm really glad & support the decision to ban Jirachi from UU effectively. There was just way too little counterplay, and it took minimal effort to secure its win conditions.

u can think of these UU stage # threads as like metagame discussion in OU, they usually stay up until the next round of drops/ new suspect. as for how long, probs a few days to a week for council to talk over whether they should council vote or public suspect.

Indeed akai is either a mom or 50

Final that cancer wish maker is ban from UU, now the question is who is the next one? Oh wait M-Gardevoir