Its time for the return

A fighting type that often gets overlooked because it doesn't have an attack stat that is ridiculously high, but it recently gained some attraction for being an offensive Blastoise check, a Ground resist and good speed control, outspeeding common threats like Flygon and Drapion. Its wide movepool also allows for more unique sets outside of Swords Dance. Submissions due by Friday. Have Fun!

due to its low usage we decided to ban nothing!

King Mickey, you're too late!

Virizion Wireless's main set imo. With its already nice Speed by default, it hits practically everything and with that extra umph with Life Orb, it can be dangerous for some teams. Stone Edge picks off Talonflame of course. Zen Headbutt is standard option over Edge to hit stuff like Dragalge and Vileplume, but Edge is a bigger blanket move. Some mons like Celebi, Dhelmise, and Decidueye are its main issues unless they all have prior chip and are within range of a good Stone Edge or +2 Edge. Either way, have fun with this!​
Last edited: Apr 25, 2021

Thanks for the Dance

I'd walk thru fire for you, just let me adore you!

Virizion @ Life Orb
Ability: Justified
EVs: 4 Atk / 252 SpA / 252 Spe
Hasty Nature
- Calm Mind
- Giga Drain
- Focus Blast
- Stone Edge​
This set lures in Talonflame with a strong Stone Edge coverage, it can also help versus Braviary, Galarian Articuno, and Mantine, to severely weaken them and forcing them into their recovery moves. Calm Mind and its two dual STAB options are a great way to denting holes in most of the Pokemon in NU with Giga Drain granting Virizion recovery and Focus Blast as a high base power Fighting-type STAB attack.
Last edited: Apr 25, 2021

Virizion @ Leftovers
Ability: Justified
EVs: 252 Atk / 4 Def / 252 Spe
Jolly Nature
- Substitute
- Toxic
- Close Combat
- Synthesis / Zen Headbutt / Swords Dance
Being a fast fighting type with access to Toxic always draws my attention to try and run subtoxic sets. Fighting STAB basically lets you avoid being roadblocked by Steel types that are immune to Toxic. Now this set is far from flawless, even if you don't look at the current meta too much since it also can't Toxic Poison types. Because of that I slashed Zen Headbutt if you want to get a hit of on pokemon like Dragalge. Clearics, especially Sylveon with a Hyper Voice that ignores your Substitute, can also be really annoying to deal with and Bronzong is probably the biggest issue for this set if you don't want to run Swords Dance to outboost it and eventually kill it.​
Last edited: Apr 25, 2021

Bringing back the best Virizion set ever iykyk

5G LTE (Virizion) @ Leftovers
Ability: Justified
EVs: 252 HP / 228 SpD / 28 Spe
Careful Nature
- Synthesis
- Toxic
- Taunt
- Sacred Sword
Huge SpD and access to Taunt makes this one of the best stall breakers around. This set allows Virizion to serve a defensive purpose, switching into Electric or Grass type moves and letting it be generally annoying for the opponent. It’s huge SpD allows it to beat mons which otherwise would wreck it, such as Defensive Sylveon. Overall a great set for fat/stall teams, Taunt is invaluable in those match ups. See my research week post if you want a more in depth analysis
Last edited: Apr 25, 2021

This virizion aims to take advantage of different types of terrain. Coba berry and the evs are there to be able to survive a brave bird from a defensive talonflame. You ohko talonflame with a +1 nature power in electric terrain. Essentially the set gives you another sweeper on electric terrain. You also destroy the rare mantine that are around, as well as hitting braviary for more damage. If you decide to run virizion on a psychic terrain team, nature power is able to help you take down annoying poison types, such as garbodor and vileplume. Paving the way for something like hitmonlee to sweep. The speed on this set allows you to outspeed base 100's like flygon. With the sp atk giving you more fire power.

Virizion's good speed tier, access to Taunt to prevent Defog, and solid special bulk to give it good longevity makes it a decent screens setter for hyper offensive teams. Maximum HP and Speed is a standard spread for this kind of set to maximise speed and bulk. A Grass-type move is the best one for Virizion to hit Blastoise and Ground-types supereffectively, and Leaf Storm is chosen because it is the strongest option available. (The power is preferred over Giga Drain's recovery as it is needed to actually threaten stuff given Virizion's mediocre offensive stats.)
Last edited: Apr 25, 2021


General idea
(I copied & pasted another mine set because I feel that it is good even in this format)
Here we have a mixed offensive Virizion with a fast spread that can use 4 attacking moves from both sides of the spectrum in order to surprise the opponent.
Giga Drain and Air Slash are the main attacking moves so the EVs are put into the SpA, whereas Close Combat and Stone Edge have already a good base power even if uninvested.
Giga Drain is chosen over Leaf Storm because the SpA drop is terrible on Virizion that already has middling offenses even when invested.

The best thing about of this set is the unpredictability of the moveset and the resilience towards Intimidate users because half of the moveset is immune to this ability.


Weaknesses
Middling offenses even when invested hold back the offensive presence of Virion as well as a typing nice offensively, but bad defensively.
Last edited: Apr 25, 2021

Virizion @ Salac / Liechi / Lansat Berry
Ability: Justified
EVs: 252 Atk / 4 Def / 252 Spe
Jolly Nature
- Endure
- Reversal
- Leaf Blade
- Stone Edge / Zen Headbutt / Swords Dance​
this set utilizes endure and reversal to try and sweep. at 1 hp, reversal is 300 bp after stab, leaf blade is your other stab move, and the last slot is user's choice: stone edge ohkos talon and is solid coverage alongside virizion's dual stab; zen headbutt helps with your matchup vs poison types; and SD obviously boosts your attack. which berry you go for is really your preference. salac lets you outpace every relevant mon in the tier besides the up-and-coming scarf heliolisk and in tandem with endure, can help you beat talonflame 1v1 should it choose to attack (and should stone edge actually land). liechi gives you +1 attack to help you better secure kos, and lansat could be a neat tec alongside the high crit ratios of leaf blade and stone edge, although i'd probably opt for the former two
Last edited: Apr 25, 2021

The idea here is to setup a sub as the opponent switches out into their check (Dragalge, Bronzong, Talonflame) and then you can proceed depending on your set. This allows you to pick your checks, as Stone Edge lets you beat Talonflame, SD+Zen Headbutt helps you handle Dragalge and other poisons, whereas Leaf Blade is just strong general stab. SD is necessary to eventually break past Bronzong.

The Speed is enough to outpace base 105s, and I dumped the leftovers into defence to improve the odds of U-turn from Talonflame not breaking your substitute.
Last edited: Apr 25, 2021

Mixed attacker with Psych Up

Virizion @ Yache Berry
Ability: Justified
EVs: 4 Atk / 252 SpA / 252 Spe
Hasty Nature
- Giga Drain
- Air Slash
- Sacred Sword
- Psych Up​
So, you'll want a slow pivot to lure in Blastoise and allow it to Shell Smash. Yache Berry allows you to take an Ice Beam better, so you can use Psych Up, which copies Blastoise's stat changes. You can even do this on other setup mons like DD Flygon. Giga Drain is STAB that heals you. Air Slash is for fighting types like Toxicroak. Sacred Sword is STAB for steels so you can hit Copper super effectively. Zen Headbutt and Stone Edge are options for hitting Dragalge and Talonflame for super effective damage if you want to deal with those two mons.
Last edited: Apr 30, 2021

Though Drought is banned in NU, it doesn't stop people running Sunny Day on support mons, and Virizion has a few moves that benefit from the sunlight. Here is the standard SD set, but with the huge 125 power of Solar Blade alongside CC. SD gives that quick boost, and the last move can be Stone Edge or even Synthesis to give Virizion some more longevity - much more viability as you're in the sun so its 75% of healing.

Talonflame/Salazzle lure? Annoy offenses ? Blastoise check who isn't vaporeon ? Here come scarf virizion.
Despite his midling offenses virizion is blessed with high bp moves and decent coverage to revenge kill almost every fast pokemon in the tier
and has the bulk and typing to tank some unboosted moves such as salazzle's flamethrower or tyrantrum's head smash.
Zen headbutt hits toxicroak while toxic can target slow or bulky sweepers such as silvallys.
Swap spa and atk evs to ensure ohko on salazzle with stone edge. 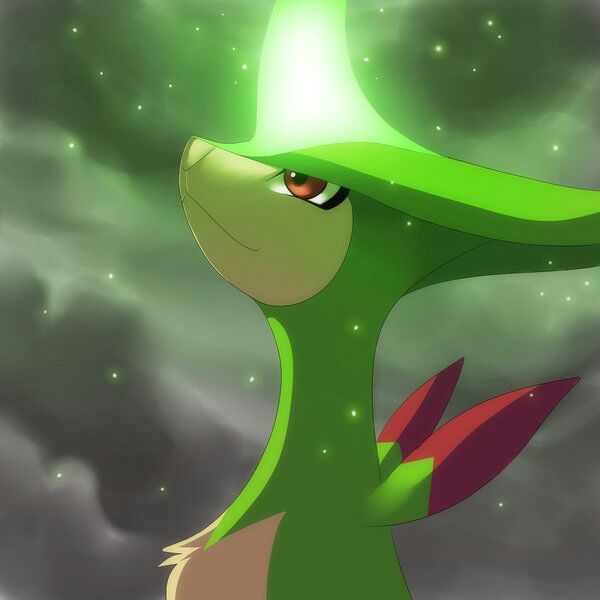 Voting ends on Sunday at 11:00 pm GMT-4/ET for Virizion! Thank you for all submissions

Please be reminded that: Voting for your own set is not allowed and advertising for people to vote for your set will result in disqualification in your submission.