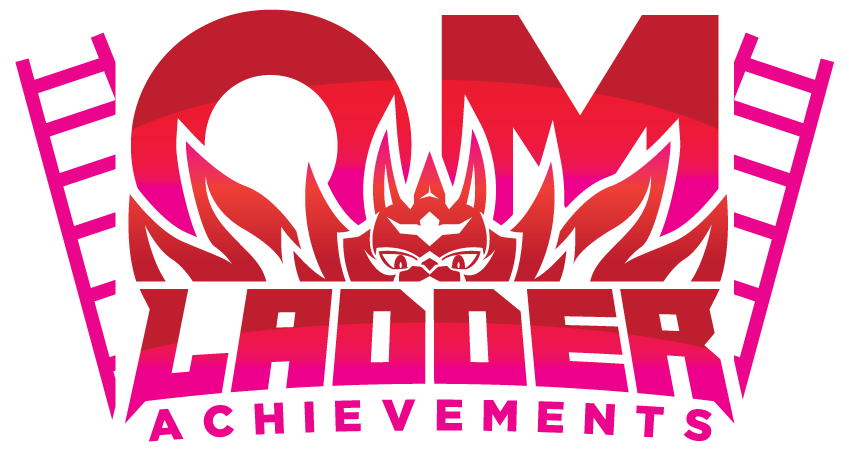 Huge thanks to Blazenix for this amazing logo
​
Sometimes, Other Metagame ladders can be quite the drag to play with the inactivity of some; but what if we could spice it up and keep it interesting for you? That's what this thread will be for, different things you can accomplish on the ladder. Each achievement is worth a certain amount of points, and the goal is to rack up as many points as you can. The top 3 users with the most points at the end of the season will get a special discord role in the official OM discord in addition to getting the Prize Winners Rank (^) in Other Metas Room on Pokemon Showdown.

Any Other Metagame (You may do these in up to three tiers per challenge):
Almost Any Ability:
Balanced Hackmons:
Mix And Mega:
STABmons:
Camomons:
Not Fully Evolved:
2v2 Doubles:
If you've earned all the achievements in a category, your name will go into the "hall of fame" for that category. But hey, you also get bragging rights and that's pretty cool, right? :^P

Second
There should definitively be a rule sayying that if the opponent forfeit while he has two / one Poke remaining, the challenge still counts.
Last edited: Apr 6, 2021

Also I definitely agree with Alternatif about the forfeiting with 1 or 2 mons
Last edited: Apr 7, 2021 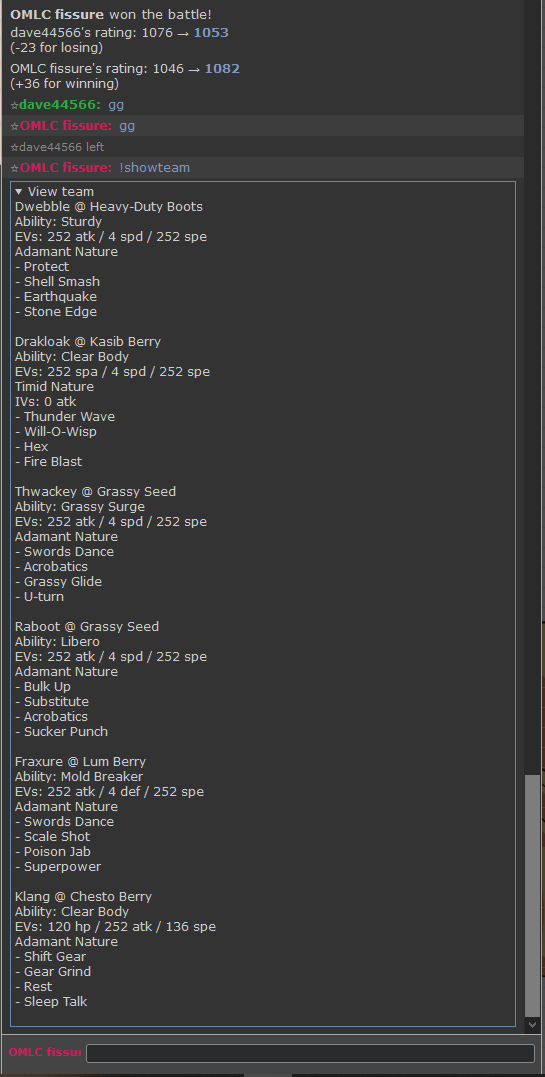 This sounds fun + I need something to do when I'm bored, might as well. Will update with whatever I get.

I got I Don't Miss, Opportunist and Uploading it all up, all of them in one game, first try, pas le temps

Here is Immunity is all I need 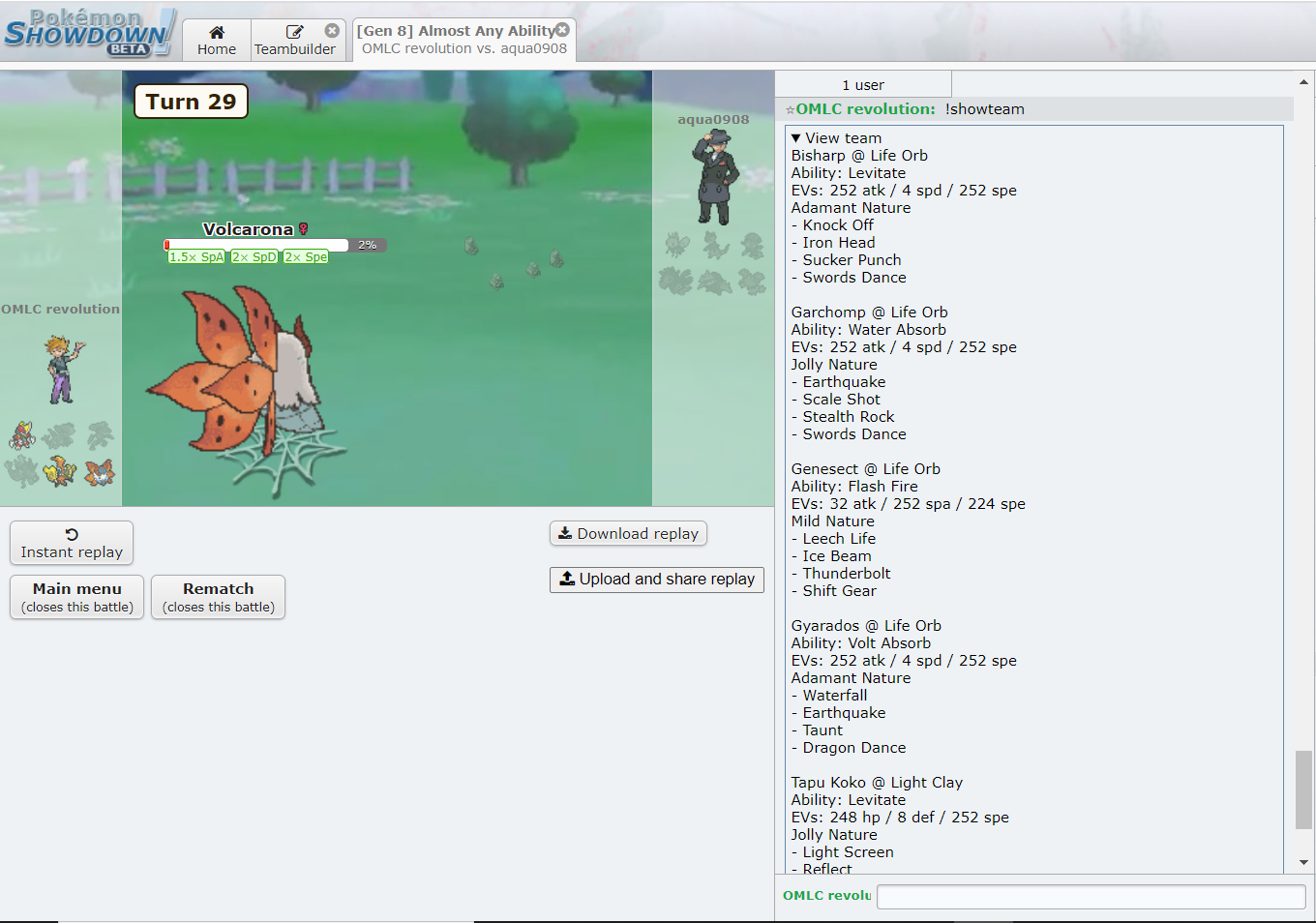 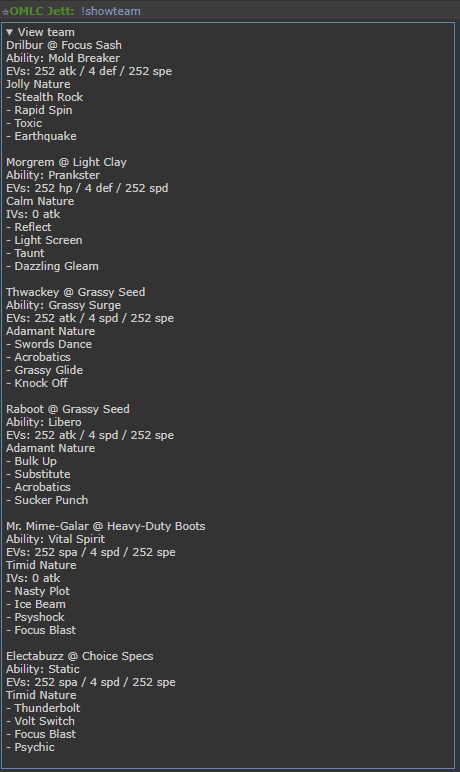 glad to see this back

I have 2 major Announcements

Firstly, we have a new logo! s/o to Blazenix for this amazing art!

Secondly, 2v2 Doubles has also been added to OM ladder challenges! Due to nature of the metagame , The general Challenges wont be applied to 2v2. The challenges which could be applied to 2v2 are now under Specific Challenges for 2v2. These Challenges are not Counted in "You can only do these on upto 3 tiers rule" i.e You can do Jack/Queen/Champion in three other OMs and also in 2v2.


Redflix said:
Suggested by The Immortal: (Wrong Team) Win using an OU legal team (moves, ability and Pokemon must all validate.) (10 Points) [You must use !showteam command after the battle ends and then take a screenshot so that this can be confirmed]
Click to expand...

Since this challenge can not be applied to NFE and Camo, Both OMs have a new Challenge each! Make sure to check them out. Two additional challenges have also been added to BH (thanks to XxSevagxX for suggesting them). The Challenge "I don't miss" has also been reworded so that it is understood better. Thanks to XxSevagxX again for pointing that out!


Alternatif said:
There should definitively be a rule sayying that if the opponent forfeit while he has two / one Poke remaining, the challenge still counts.
Click to expand...

I agree with this. Hence, the rule of Challenge not Counting if your Opponent forfeits has been done away with. If your Opponent forfeits with having only their Last or last two Pokemon remaining, that Battle would be counted for the Specific Challenge. (This However, will not be counted for Burning Flints and turn related Challenges.) Any forfeit with 3 or more than 3 Pokemon remaining would be looked upon on by case by case basis.
Addittionaly, A new rule has been added! Challenges do not Count if your Opponent is bringing a team of less than 6 Pokemon. This was something which was implied but never stated in the OP and I apologise for that.

Alternatif said:
Second
There should definitively be a rule sayying that if the opponent forfeit while he has two / one Poke remaining, the challenge still counts.
Click to expand...

Fissure said:
Any Other Metagame

This sounds fun + I need something to do when I'm bored, might as well. Will update with whatever I get.

Atha said:
I got I Don't Miss, Opportunist and Uploading it all up, all of them in one game, first try, pas le temps

Here is Immunity is all I need

anaconja said:
glad to see this back

These have been added.

Also I definitely agree with Alternatif about the forfeiting with 1 or 2 mons
Click to expand...

All added except Brawn, I don't miss and My precious and also STABless. Your Brawn + I don't miss challenge was done against a team less than 6 Pokemon which wont count.
My Precious requires you to use Pokemon with their signature item. Eviolite for Chansey and Choice Scarf for Blace are not signature items.

Added all + Da Mimez as well. Since u were in a winning position and i'm assuming this was a legit forfeit by your opponent knowing they had no way out

The Leaderboard is live now!

if u spot a mistake let me know here or on discord. Friendly reminder to all whose post I have quoted that if u complete a new challenge pls make a new post. This also applies to those who challenge submissions were rejected and they need to do that specific challenge again
Last edited: Apr 7, 2021

Redflix said:
No replay available hence not added. Make sure u save the replay before submitting.
Click to expand...

oh hey, that link does work, if you take the word copy out of the end of the URL I just noticed this

All the 20 pointers in NFE