Other Metas Leader
1. In The Hills
2. Andyboy
3. Quantum Tesseract

Looks good to me

Moderator
Voting is over! With a dominant victory, Andyboy comes in first place, with Quantum Tesseract in second and Redflix in third. Your sets will be added to the Hall of Fame and Core Archive.

Snorlax @ Toxic Orb
Ability: Poison Heal
EVs: 252 HP / 4 Def / 252 SpD
Careful Nature
- Facade
- Earthquake
- Curse
- Protect​
You have until 10/9 to submit your idea for the best partner to PH Snorlax. As always reservations last for 24 hours so make sure to finish them in a timely manner.

In The Hills said:
Voting is over! With a dominant victory, Andyboy comes in first place, with Quantum Tesseract in second and Redflix in third. Your sets will be added to the Hall of Fame and Core Archive.

Snorlax @ Toxic Orb
Ability: Poison Heal
EVs: 252 HP / 4 Def / 252 SpD
Careful Nature
- Facade
- Earthquake
- Curse
- Protect​
You have until 10/9 to submit your idea for the best partner to PH Snorlax. As always reservations last for 24 hours so make sure to finish them in a timely manner.
Click to expand...

Doublade has exceptional defensive type synergy with Snorlax. It's immune to Fighting, Snorlax is immune to Ghost. They also cover opposite ends of the physical / special spectrum; Snorlax is hella specially bulky and Doublade hella physically. Doublade can tank Terrakion and Corviknight for days, two Pokemon that notably give Lax problems, along with many other Pokemon.

Because Snorlax isn't terribly afraid of Knock Off specifically, it can absorb Knock Offs from some abusers (not all) for Doublade. It can also absorb Burns and Paralysis directed at Doublade, while Doublade can tank stuff like phazing moves, and just generally likes pivoting around.

Together they can keep pressure on cores by threatening to set up while passively healing. Unlike something like Blissey neither of these fat bois are completely passive. Despite that, this core is better suited for tanking and setting up than immediate punishment, and as such appreciates teammates that can break opponents such as Prankster Toxapex, which can otherwise remove boosts at any time.
Last edited: Oct 4, 2020

Galvanize Kommo-o is here to lure one of the most common Snorlax answers : Prankster Toxapex. It's pretty much the only synergy they have to be honest but it's quite big (also Snorlax takes special hits for Kommo-o but that's not very specific). Snorlax is so good that most teams have only 1 or 2 pokémon that can prevent it from sweeping, one of them usually being Toxapex. Even if the opponent expects this set (which he might not), Galvanize Kommo-o remains very hard to switch into and consistent at getting up rocks.
Last edited: Oct 7, 2020

its a pile of sand.

Palossand sets up rocks while also being a really good switch in on annoying fighting types and physical mons in general with its good bulk, which is where Snorlax is lacking. It also has scorching sands to further annoy them and makes itself immune to status with pheal, also giving it extra recovery. Shadow ball is helpful for extra coverage. Rocks are good for helping snorlax break through mons easier with its facade even without getting up a boost.
Snorlax switches in on ghosts that scare out Palossand since its immune to ghost and has extremely high special bulk, which is good since the scary ghost types are usually special, like Gengar.
neither of them will be able to directly take on Pex, but since both have pheal, they stop one of Pex's more annoying moves from being too useful, so a good Pex breaker works well with this core.

Mew @ Leftovers
Ability: Dauntless Shield
EVs: 252 HP / 252 Def / 4 SpD
Impish Nature
IVs: 0 Atk
- Will-O-Wisp
- Body Press
- Teleport
- Roost
Pros of using the goat dauntless mew:
- wisp roost forces the blade out
- Takes on most of the strong physical attackers that force lax out (terrakion comes to mind)
- Pretty solid defensive utility + free momentum to get lax in a lot (s/o teleport)
- Lax absorbs statuses for it, and deals with a lot of the special attackers that can force mew out
- Will fight god's normal form and win.
Cons:
- None
- Mew is not nearly as badass of a pokemon as snorlax is. 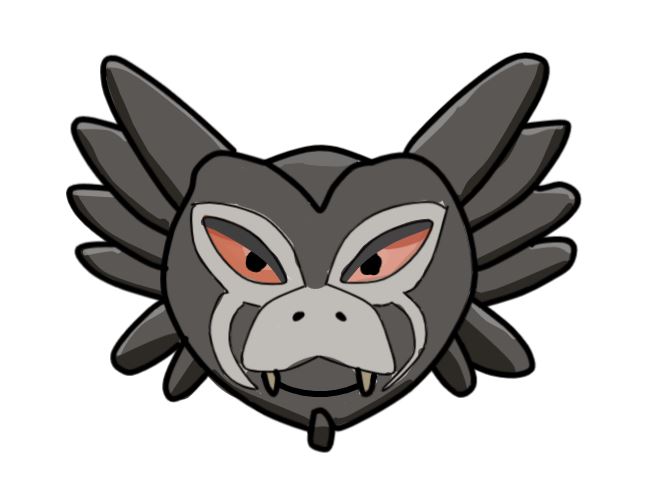 (yes i drew ditto as a zarude bc there's no 3d zarude sprite)
Zarude @ Choice Band
Ability: Tough Claws
EVs: 252 Atk / 4 SpD / 252 Spe
Jolly Nature
- Power Whip
- Darkest Lariat
- Close Combat
- U-turn
Zarude is a great offensive partner to PH Snorlax as it's able to threaten pretty much all of Snorlax checks such as Mew, Doublade, Ferrothorn, Corviknight, and more, while Snorlax is able to beat Triage Fairy types that threaten Zarude. Zarude hits incredibly hard with Tough Claws Choice Band and has very few switchins, and Snorlax can take advantage of those threats especially well with Zarude's pivoting. Zarude can struggle if it gets Choice locked into the wrong move, and the core struggles a lot with Terrakion and physical Triage users like Golisopod and Fighting-types, so make sure to adjust your team accordingly.

Gonna keep submissions open for about another hour so make sure to get something submitted ASAP if you plan on it.

in the hills with Tough Claws Zarude
Voting closes 10/11. As always you may vote if you have submitted as long as you don't vote for yourself.
1. drampa's grandpa
2. OM
3. atha

drampa's grandpa
OM
in the hills

Almost everyone said in their explanation that a good Pex breaker was appreciated. Atha's Kommo-O is the only thing that instead lures Pex and removes it for Lax. It also helps remove Corv / Skarm, making their offensive synergy pretty cool.
It's not an incredibly obvious choice but works well. #1 :]

Palossand is a cool wall and defensive Ghosts have excellent synergy with Snorlax. This core would suck if Keldeo was legal, but it's not.

I didn't like how slow the core is without really fitting on more passive teams, while I did like the double PH + rocks winning the chip game.

in the hills with Tough Claws Zarude
Click to expand...


I like OM's Mew from a purely defensive standpoint and its pivoting is nice, but Body Press as its only attack leaves the core super abusable by ghosts, especially those that don't mind Burn.

Drampa's Grandpa's is a good competitive core... but boring. Yes, Doublade is a good partner for Snorlax, pretty much everyone knows that. He probably just picked the most obvious thing.

Moderator
The winners of this round of matchmaking are drampa's grandpa in first place, Atha in second, and OM in third! Their names will be added to the Hall of Fame! Thank you all who participated this week! Round 5 is Prankster Eternatus for Balanced Hackmons!

In The Hills said:
The winners of this round of matchmaking are drampa's grandpa in first place, Atha in second, and OM in third! Their names will be added to the Hall of Fame! Thank you all who participated this week! Round 5 is Prankster Eternatus for Balanced Hackmons!

Ice Scales Zamazenta reliably imposterproofs Enternatus, since none of Eternatus' moves can touch it even if it's heavily chipped and it can trap any importer that tries to stay in with Anchor Shot to run it our of PP. Zamazenta can also readily switch into special attackers that threaten Eternatus, like Kyurem-White, which are otherwise very difficult to check in the current metagame, without being so passive it's hard to fit on the balance teams where this eternatus thrives. In return, Eternatus can switch into Fire-type attacks from the likes Zacian-Crowned or Darmanitan-Galar-Zen, as well as punish any hazard setters that try to take advantage of Zamazenta to set their entry hazards. Normally, Body Press Zamazenta has some issues with some imposters not being safely trappable, but Eternatus can in turn switch into any of Zamazenta's attacks should there be a need. 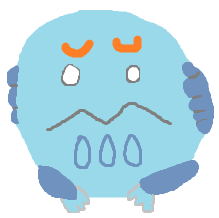 Darmanitan Zen is a very nice switch in to many strong physical attackers, notably Zacian C and Darmanitan Galar Zen, which Eternatus struggles with. with fur coat + its typing, along with lava plume with its chance to burn, it keeps Zacian C in check so Eternatus can stay healthy for scary set up sweepers that can overrun Darmanitan Zen easily, even with Spectral Thief. Fire/Psychic is great at resisting Fairy/Ice/Psychic moves for Eternatus, while Dragon/Poison is good for switching in on Bolt Beak and Fishious Rend. Both of them take on each other being impostered well. The team could do with more offensive presence, such as Desolate Land DGZ, which is improofed by Darm Z

Fur Coat My Prejudices (Dedenne) reliably imposterproofs Enternatus, since none of Eternatus' moves can touch it even if it's heavily chipped and it can annoy any importer that tries to stay in with Nuzzle to annoy it.

etern really appreciates having a hard zekrom counter around, because without it you're forced to outposition vs zek which is an uphill battle. enter the basedlord. tied for #1 in the contest of not destroying large amounts of pokemon universe infrastructure unlike its legendary contemporaries such as kyurem, zekrom, and even the above eternatus, dedenne can claim no such award when it comes to avoiding psychological damage to both you and your opponent from its presence. similar to its namesake, it's ugly, something you can only joke about with close friends, and an oversimplified lens through which one views a world that is simply too complex.

pair it with pokemon such as golisopod, vaporeon, imposter, and maybe tangrowth (+ ghost resist) for best results. etern helps it out by providing a fire resist, rend resist, hazard remover, and setup check.

all my homies hate zekrom

This has been one of my favorite sets ever since I was crushed by it in ssnls (s/o pdt). It’s a surprisingly good check to Zekrom, not getting 2HKO’d by Bolt Beak and outspeeding it to force it out. It also checks most Mewtwo sets since they don’t run Shadow Ball and stuff as coverage, doing a chunk of damage with STAB Thief in return. Fur Coat also offsets its weakness to common walls like Zama-C which outspeeds and commonly carry Thief to 2HKO it. Future Sight is another hot tech that hits surprisingly hard, most notably in conjunction with Eternatus’ Dynamax Cannon, is able to OHKO all legendary Dragons which Etern could only 2HKO usually.

This core does have some common weaknesses such as a vulnerability to Knock Off and Burn, so pair it with Dark-types like PH/ Scales Incineroar and PH Umbreon. e: forgot chad ph urshifu oops
Last edited: Oct 12, 2020
You must log in or register to reply here.
Share:
Reddit Pinterest Tumblr WhatsApp Email Link