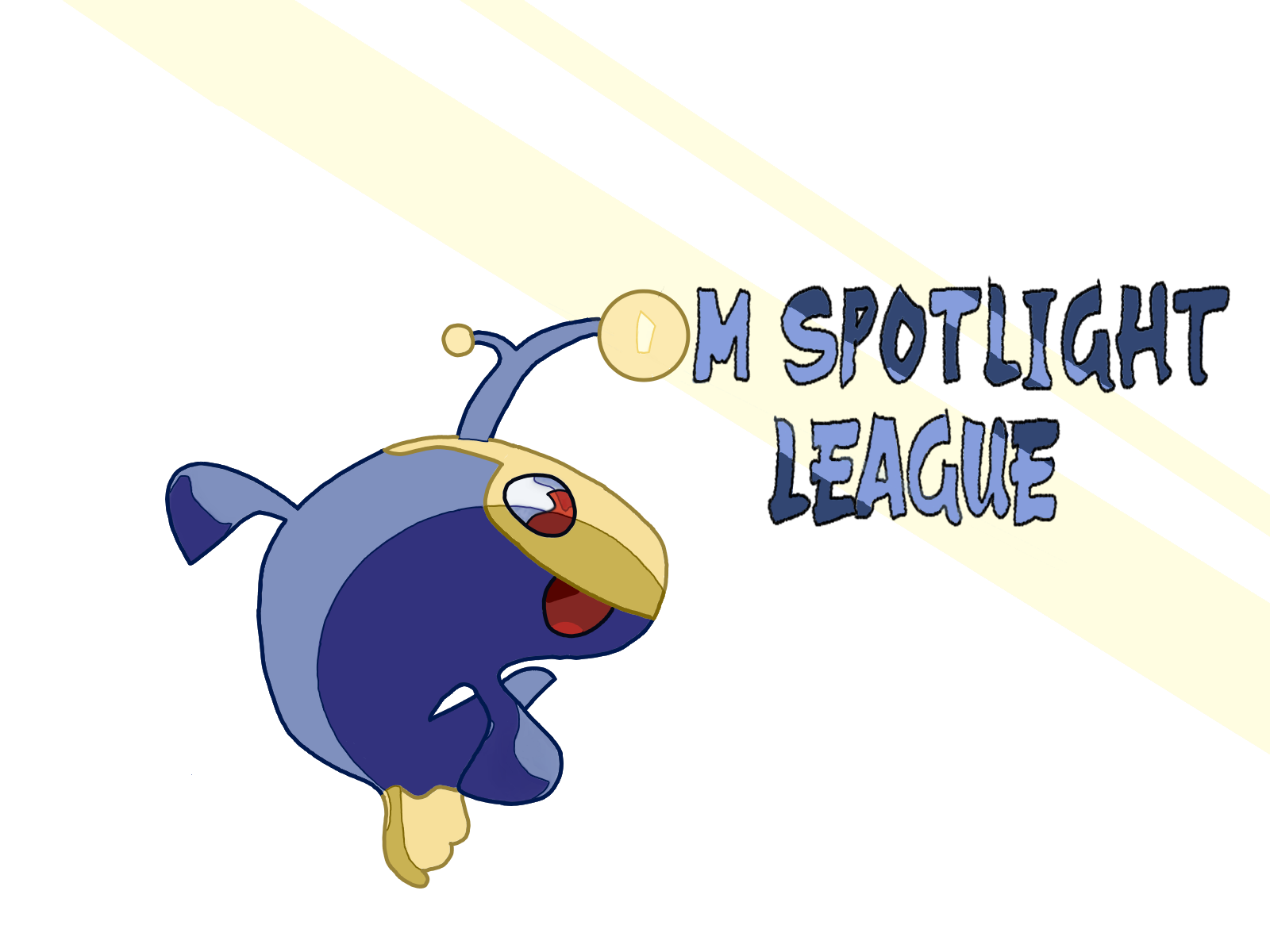 art by in the hills ​
How Spotlight League works:

There are 6 teams. Each team will have have 6 players and at least 2 subs. The players are bought using the 80k credits that managers receive during the auction. Managers will be able to self-purchase for 16k. For the following 5 weeks teams will face off against each other, where winning a round earns 2 points and tying earns 1 point. After the 5th week, the two teams with the most points will advance to the finals where a champion will be crowned.

The list of formats for this year's Spotlight League is as follows:
Teams:

All games will be played on the Pokemon Showdown main server or SmogTours in the most current version of the format corresponding to those listed above. The result between players may be decided in a best-of-one or best-of-three at the discretion of both players involved. If there is no agreement, the result will decided in a Bo1 by default.

Winning a round rewards a team with 2 points, drawing 1 point, and losing zero points. In addition, the manner in which the round has been won will also be recorded i.e. the difference between a team's wins and losses in a specific week's round (referred to as "Win Differential").

Playoffs:
Each team will play one another for five weeks. Based on the final standings, the top 2 teams will appear in the finals and face off for victory.

Tiebreaker
In the event of two teams being tied for a spot in the finals based on points and win differential, or a tie in the final round itself, we will have a tiebreaker round(s).

Tiebreaker Rules: One metagame will be picked by each manager with the higher seed picking second. The third format will be determined at random by the hosts. All three metagames must be unique, so no format can be picked twice.

Substitutes
Substitutes are to be used in the case of extenuating circumstances, whether on the first day of the week, or the last. At the same time, players should be relatively well-aware of who all are available to play in the opponent's camp. If last minute substitutes are being frequently used or abused and the hosts find explanations unsatisfactory, the hosts still reserve the right to veto them. In order to further prevent this being the case teams are only granted a maximum of two substitutes per week. Any substitutions after the second will be vetoed.

Trades
The hosts have decided to not include trades this year due to reasons outlined in this thread - all roster decisions will be final, so draft carefully!

Sportsmanship
Players and managers displaying poor sportsmanship will be subject to punishment, including potential removal from the tournament, at the discretion of the tour hosts. This includes:

Since everyone now has their players, here's how to submit lineups to be used for OMSL weeks.

In Smogon DMs, make a conversation with the host (in the hills) and your co-manager with the title "OMSL Lineup Submissions" and include your lineup in the conversation. Submit the lineup exactly as in the formatting below (Code formatting, and must include the @) 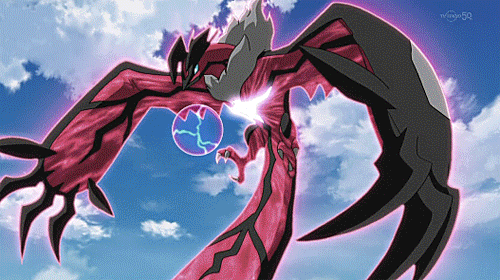 Sketchmons has restricted Oblivion Wing! Since it was posted before Week 2 went up, this restriction will take effect for Week 2.

Moderator
RE: anaconja vs adem

Both parties attempted to schedule, though little effort was made on either end to get the game done before the deadline, and neither party requested a substitute. This is a dead game.

Inheritance has banned Sheer Force by suspect, and quickbanned Magearna, Thousand Arrows, King's Rock, Quick Claw, and Quick Draw. Since it was posted before Week 3 went up, these bans will take effect for Week 3.

Neither party made a public attempt to schedule or play the game. This is a dead game.

Godly Gift has banned Marowak-Alola by suspect test! Since the ban took place after the start of Week 3, Marowak-Alola will remain legal for the remainder of Week 3 games.

Players should use the following challenge code when challenging to Week 3 games:

Moderator
Announcement - Sketchmons Validator
Sketchmons currently has No Retreat marked as unrestricted on the server, this is unintentional. This will be fixed within the next day or so, but please refrain from using No Retreat in any Sketchmons games. Games that do not follow this will need to be redone.

Week 3 Announcements:
RE: omicorio vs Links
omicorio refused to play the game at the scheduled time, and no other time could be arranged with Links. Links gets the win, meaning the final score for Magearnas vs Stunkys is 2-4.

RE: PA vs Ax
Ax could not find a time to play the series and the Basculegions were unable to provide a sub due to the 2 sub limit. PA gets the win, meaning the final score for Dubwools vs Basculegions is 4-2.

Week 4 will be posted shortly.

RE: TGA vs XxSevagxX
TGA failed to respond to scheduling follow ups and missed the scheduled time and no sub was provided. XxSevagxX gets the win. With an astounding 2 games not played from Magearnas this week, the final score of Magearnas vs Slowkings is 2-4.

Week 5 will be posted shortly

Sketchmons has banned Excadrill! It will not be usable in the Finals round. Sketchmons also banned Hawulcha last week, but I forgot to announce it and it wasn't implemented on PS! for a bit... whoopsie! My apologies, but note that it is not allowed in the Finals round either.

RE: Krytocon vs Vrji
Krytocon did not respond to scheduling attempts and was nowhere to be found during the game time. Vrji gets the win. The final score of Dubwools vs Slowkings is 3-3.

RE: StaZix vs omicorio/DerpyBoi
omicorio refused to play at the scheduled time, and a sub was provided. However, StaZix was not properly notified of this substitution and the substitute, DerpyBoi, made no effort to play the game in the available time slots. StaZix gets the win. The final score of Magearnas vs Basculegions is 3-3.

omicorio has refused to play twice this tour now at the scheduled time without contacting their manager either time. This has been a detriment to the team and hindered the tour, and as a result omicorio will be infracted for demonstrating unsportsmanlike behavior.

As a result of these records, the finals matchup is:

​
Congrats to these two teams! Finals will be posted shortly.

Hawlucha and Pikachu have been banned from Godly Gift! Since this ban was announced after Finals were already up, they will be allowed for the remainder of the tour.

Use the following challenge code to play your game:

Moderator
Announcement - Finals Tiebreaker
The finals round ended in classic OM fashion with a tie, so we will be doing a tiebreaker! The 3 slots have already been decided, and are as follows:
Tiebreaker will be posted as soon as I have the lineups from managers. Send lineups as follows:

Moderator
Announcement - Tiebreak Deadline
I have agreed to give a little bit more time on the finals deadline as both teams expressed interest in extending the week at the start of the tiebreak and agreed to changing the deadline now. The new deadline is 11:59 PM (GMT -4) on Saturday, October 23rd. NO FURTHER EXTENSIONS WILL BE GRANTED.