Art by AmirAlexander
Welcome to the ninth iteration of the Other Metagames Premier League, the biggest OM Tournament of the year!
- Roster | Schedule | Standings | Replays + Usage Stats | Records -​
Overview

The Based Boomers - Managed by The Number Man and Lasen​

The Rozelias - Managed by Catalystic and shiloh​

There are 8 teams this year. Each team will have have 6 players and at least 2 subs. The players are bought using the 100k credits that managers receive during the auction. Managers and co-managers will be allowed to purchase themselves as players for their team at a fixed price of 20k. The managers must inform the hosts (Kris, Sectonia, Think) of all purchases. This may be done before the auction. Teams can win their matchup every week by winning 4 of the 6 matches that their players have to play.​
​
The tier lineup this year is as follows:​
All games will be played on the Pokemon Showdown main server or SmogTours in the most current version of the format corresponding to those listed above. The result between players may be decided in a best-of-one or best-of-three at the discretion of both players involved. If there is no agreement, the result will decided in a Bo1 by default.​
​
Winning a round rewards a team with 2 points, drawing 1 point, and losing zero points. In addition, the manner in which the round has been won will also be recorded i.e. the difference between a team's wins and losses in a specific week's round (referred to as "Win Differential").​
​
Playoffs:​
Each team will play one another for seven weeks. Based on the final standings, the top 4 teams will enter a Playoffs Round to determine the teams appearing in the finals.​
Tiebreaker

In the event of two teams being tied for a spot in the finals based on points and win differential, or a tie in the final round itself, we will have a tiebreaker round(s).​
Tiebreaker Rules: One metagame will be picked by each manager with the higher seed picking second. The third format will be determined at random by the hosts. All three metagames must be unique, so no format can be picked twice.​
Substitutes

Substitutes are to be used in the case of extenuating circumstances, whether on the first day of the week, or the last. At the same time, players should be relatively well-aware of who all are available to play in the opponent's camp. If last minute substitutes are being frequently used or abused and the hosts find explanations unsatisfactory, the hosts still reserve the right to veto them. In order to further prevent this being the case teams are only granted a maximum of two substitutes per week. Any substitutions after the second will be vetoed.​
Trades

The hosts have decided to not include trades this year due to reasons outlined in this thread - all roster decisions will be final, so draft carefully!​
Miscellaneous

The Wiggly Family - managed by Dragonillis and Gman

The Based Boomers - managed by The Number Man and Lasen

The Rozelias - managed by Catalystic and shiloh 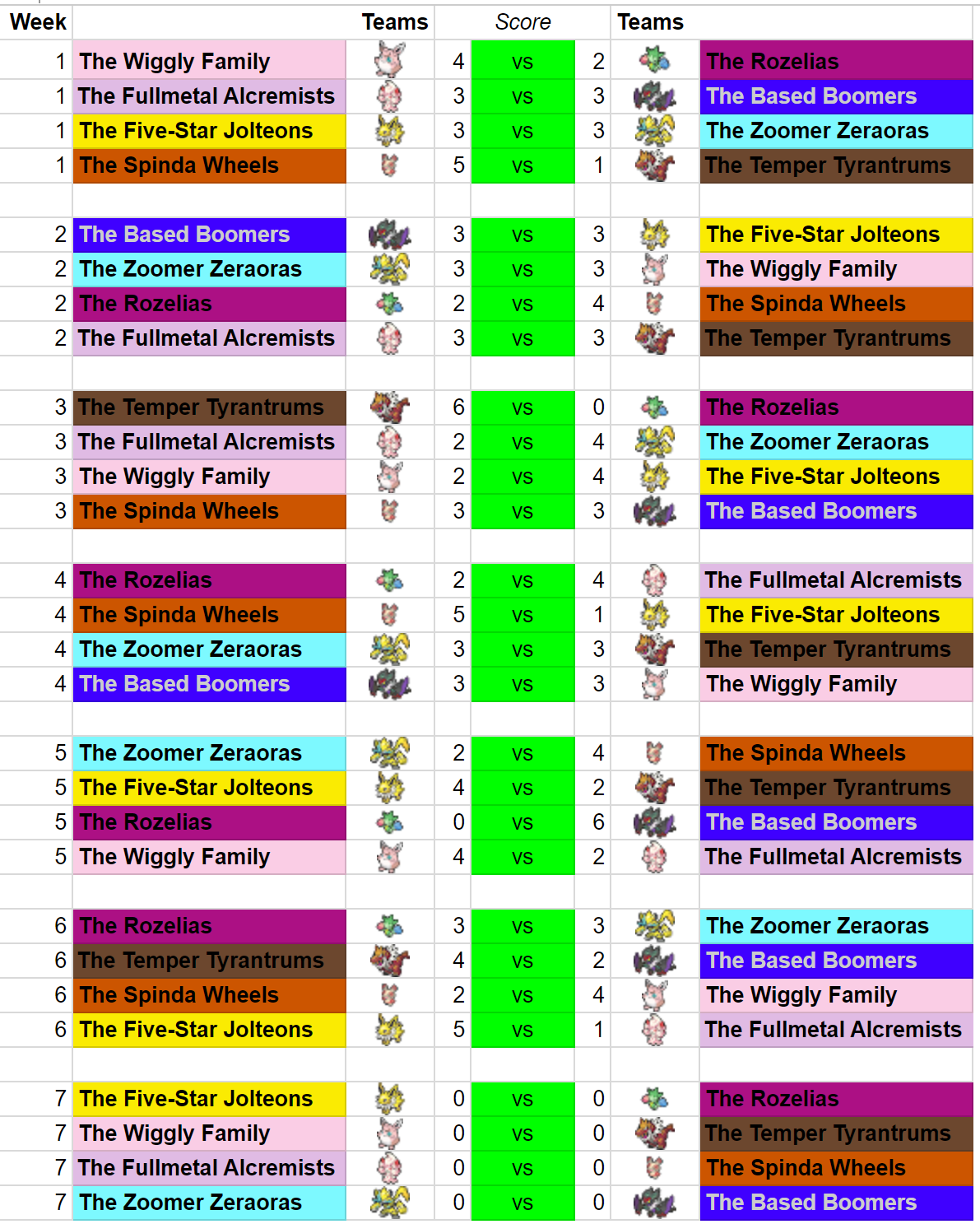 The hosts have decided to expand the amount of credits this year to 100k per team and the price for purchasing oneself to 20k; this allows for managers purchasing themselves to have a bit more leeway when auctioning.

Due to recent tournament policy discussions, we have decided to disallow trades this year. Sorry!

The auction will happen in the OMPL room on PS!

Player signups:
For anyone signing up as a player, please be sure to follow the signup format detailed in the OP here. If you want the system to recognize your preferred metas properly during the auction, this is the best way to avoid any complications.

Since everyone now has their players, here's how to submit lineups to be used for OMPL weeks.

In Smogon DMs, make a conversation with all three hosts (Kris, Sectonia, Think) and your co-manager with the title "OMPL Lineup Submissions" and include your lineup in the conversation. Submit the lineup exactly as in the formatting below (Code formatting, and must include the @)

Archeops is now banned from Almost Any Ability. Because this was announced before the posting of week 4, it will be in effect for this week of OMPL games.

If any of your games are played before this change is live on PS, type /challenge [user], gen8almostanyability @@@ -Archeops in any room.

Glacial Lance is now restricted in STABmons! Also, Mamoswine is now unbanned. Because this was announced after the posting of week 4, it will not be in effect for this week of OMPL games. Be prepared to deal with it starting on Week 5!

Hydreigon, Latias, Latios, and Slowking-Galar have all been banned from Camomons. However, since this was posted after Week 5 went up, it will not be in effect for this week of OMPL games. You may use either Smogtours to play your games or challenge your opponent with the command /challenge [user], gen8camomons @@@ +Hydreigon, + Latias, +Latios, +Slowking-Galar on the main server if the bans are implemented before your games.

On another piece of news, Rusted Sword (and by extension, Zacian-Crowned) has been banned from Balanced Hackmons. The ban will not be in effect for Week 5 since it was made after the week went up, and if you wish to play with Zacian-C in your OMPL games, you should play on Smogtours.

First of all, I'd like to apologize for making people wait for the results - I'm on a break at the moment, and I've been somewhat busy today that I've not had much time to quickly get everything done. Without any further ado, though, these are the seeds and matchups for playoffs.

As a result of these records, the matchups will be like this:

Congrats to the top 4 teams for making it to playoffs! Next Round will go up as soon as possible. 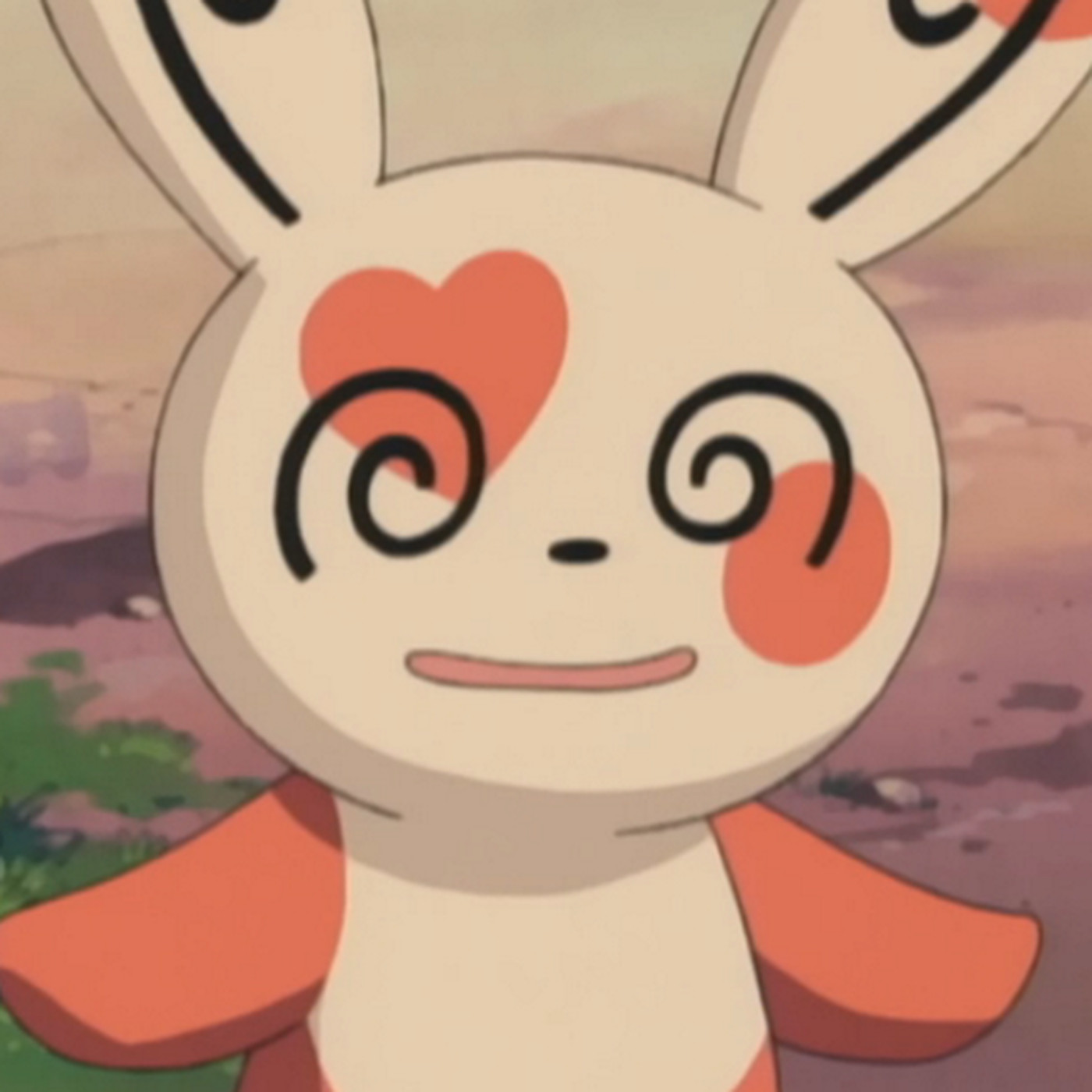 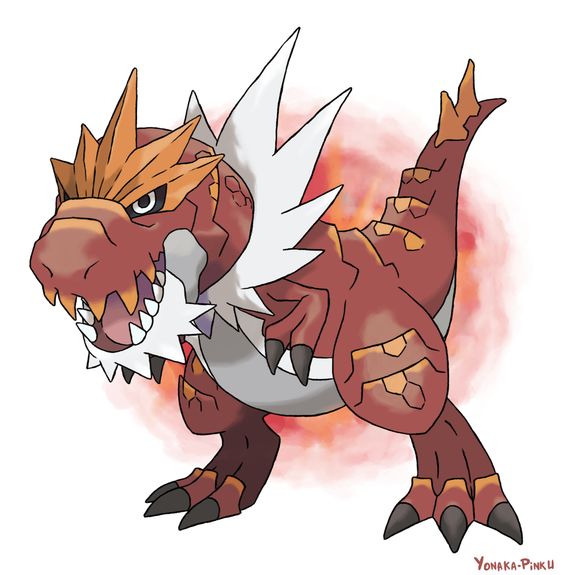 The Spinda Wheels and the Temper Tyrantrums have found themselves in a tiebreaker! This tiebreaker will determine who will face the Five Star Jolteons in the finals! As per our tiebreaker policy, we have received the metagames selected by the managers for the tiebreaker, along with our randomly determined third metagame.
The metagames that were selected are as follows:

The Tiebreaker Round will begin today, and last 3 days - Finals will be posted afterward or earlier if the round finishes earlier than the deadline. The Tiebreaker round will be locked to the same state as the semifinals, so anything that occurs during tiebreakers will NOT affect it. Other than that, enjoy the rest of the tour!