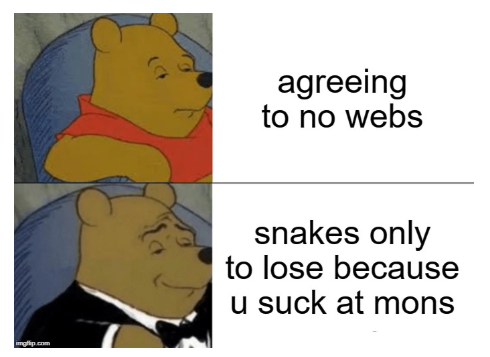 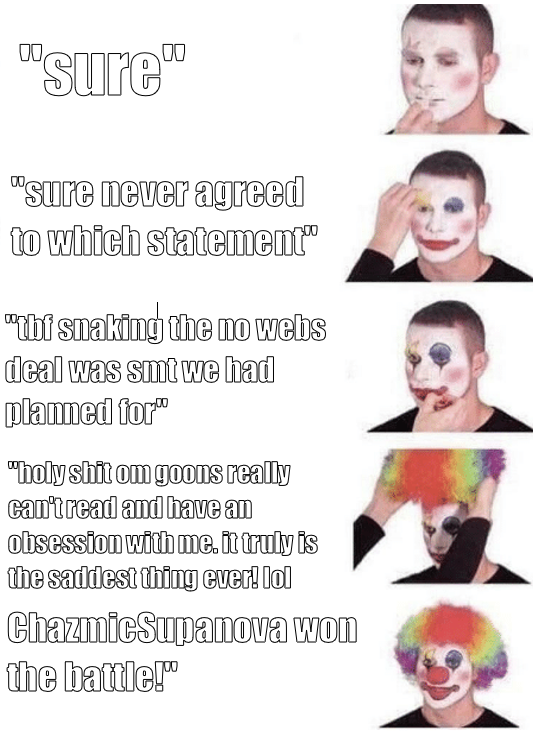 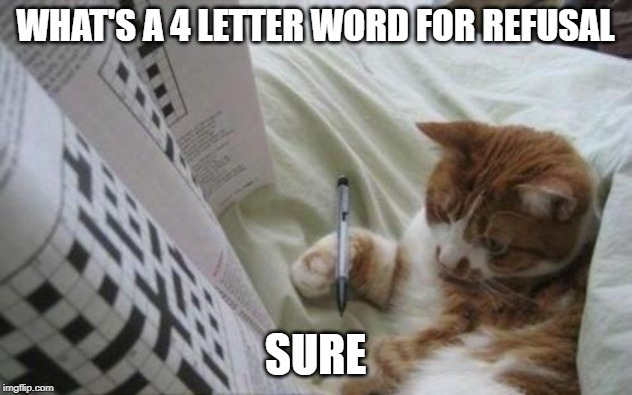 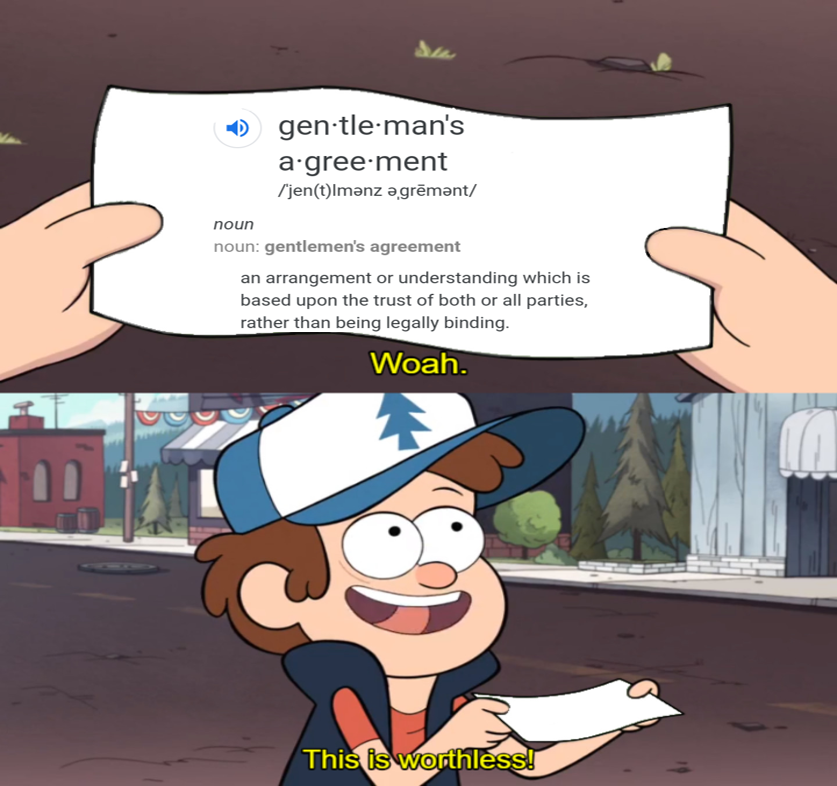 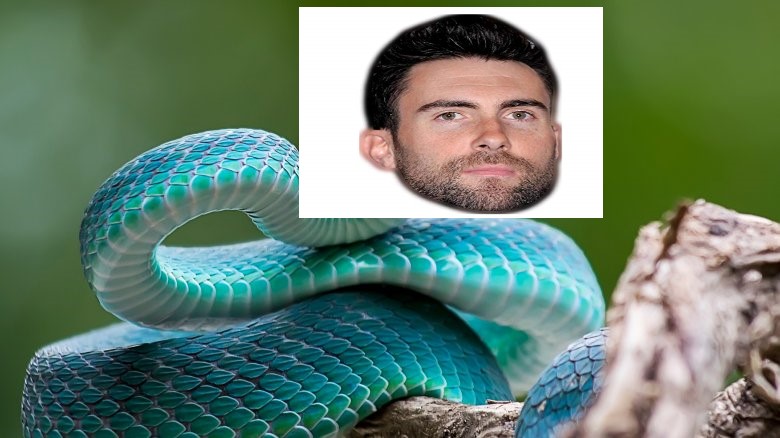 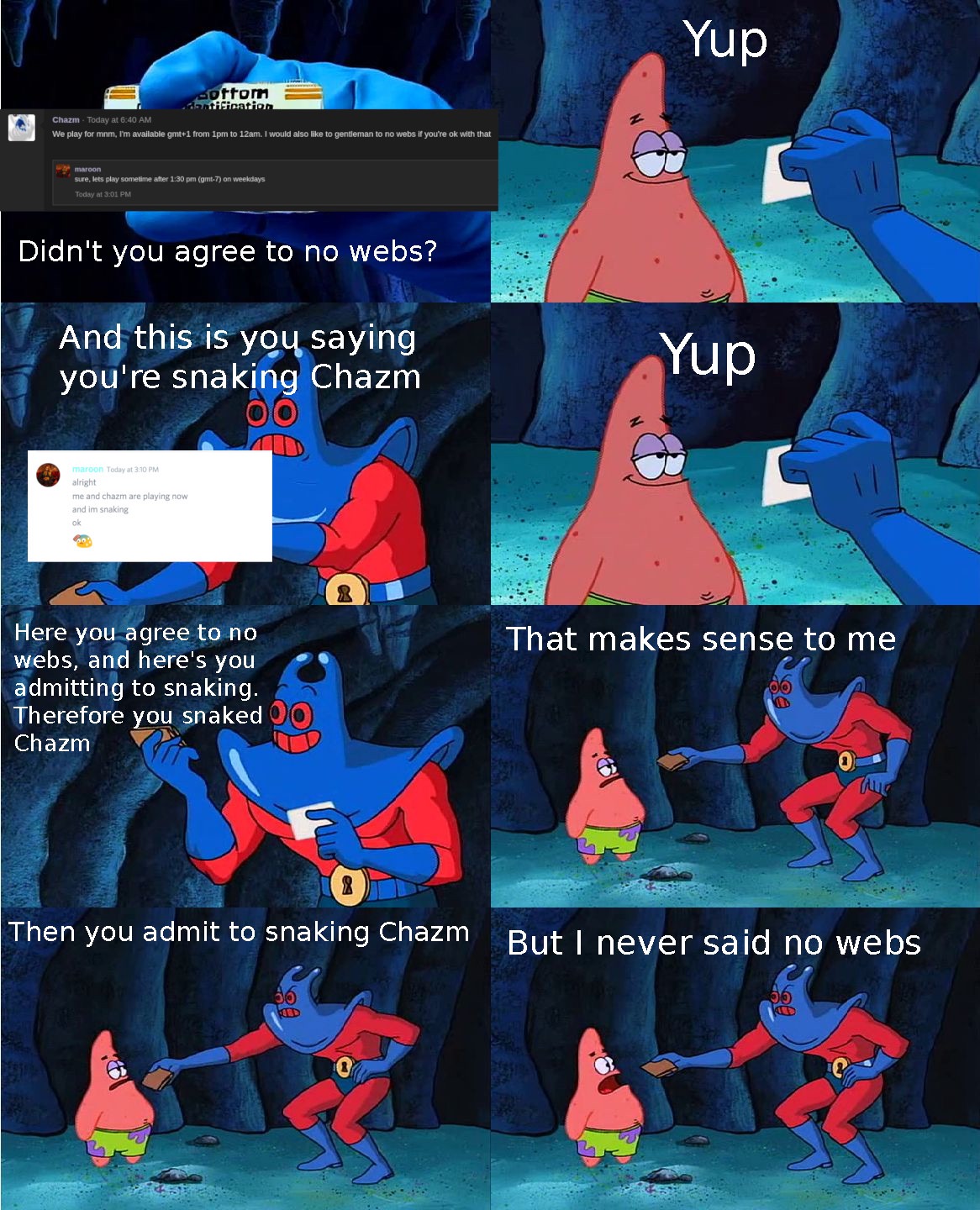 shoutout Zovrah for helping me make this 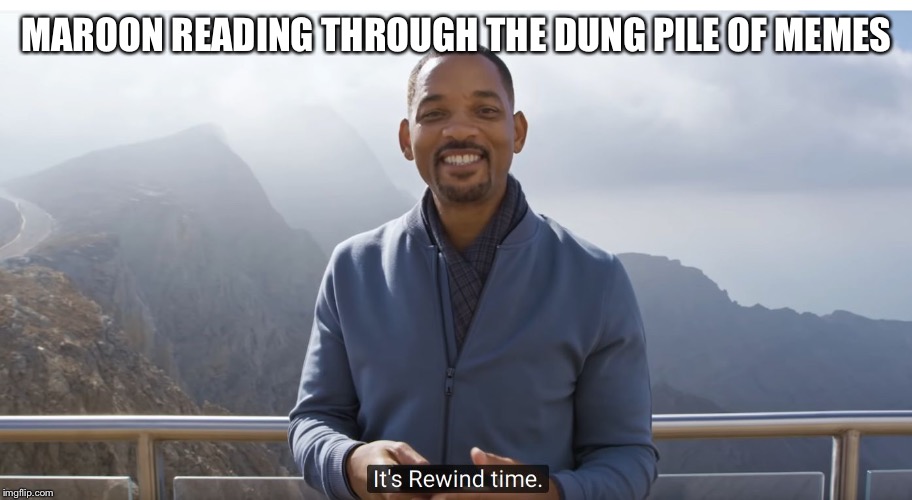 hot take gentlemen agreements are fucking stupid regardless the level of the tour. 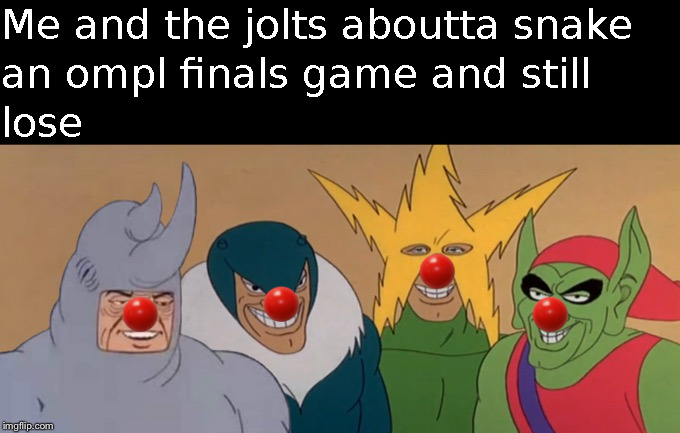 Moderator
you guys are fuckin relentless, RELAX, obligatory predicts that nobody cares about cause I have nothing better to do

Bo3 USUM Anything Goes - Skarph vs GRNBLN - I keep predicting against skarph hoping he'll lose one fuckin series for once in his fuckin life but it's not working. So I'm gonna reverse psychology God and hope predicting for him to win will make him taste defeat just once.
USUM Almost Any Ability - Chaitanya vs motherlove - mlove is top tier and shouted me out last week, chait is a good player and was on my randbats team tour team tho so it's tough... but mlove is gonna bring bulk up darm and 6-0
USUM Balanced Hackmons - HeadsILoseTailsYouWin vs GL Volkner - Between anna's in-game commentary, 20m long calcing sessions, and volty's stupidity, I hope both users lose.
USUM Mix and Mega - maroon vs Chazm - If maroon gets to bust out the webs I think it's a wrap for chazm.
USUM STABmons - w0rd vs Plas - I've been a w0rd stan since ompl week 1 and I had to bite the bullet and predict against him on several occasions. However I have to round out OMPL with hoping the legend who made headlines just for signing up ends the tour off strong.
USUM ZeroUsed - EviGaro vs a fruitshop owner - I love both of these users a lot. EviGaro didn't draft me for a tour as pathetic as snake tho and blalib took a chance on me for my dream tour zupl ;_;. Gonna have to roll with fruity pebbles for believing in me when EviGaro didn't.

This was a fun tour, kinda, s/o Sabella, motherlove, Sylveon., aesf, whoever else I played, tested, and built with over the course of the tour and s/o Andyboy for beefing with me and reminding me I smell like hot dog water every 3 seconds b/c he has no other insults in the bag
Last edited: Aug 27, 2019

I had a lot of fun this OMPL

5gen Xayah Idk how we managed to get not one but 2 ZU Tier Leaders (at at reasonable cost too). You guys were a killer team and I really enjoyed see what you came up with, and it was great knowing that you would reliably be there with great teams and great matches. 5gen your building reputation is well-earned. Xayah ik you were busy a lot of the time esp later on but your presence was still key and still highly valued. Thanks to both of you :)

Chessking345 Thanks for sticking with the team and remaining active through thick and thin. You really helped us out in some tough weeks, and your building /testing help in BH was vital.

Dr. Phd. BJ You were one of the few people I knew we would buy from the get-go, and you came through in a big way. Thank you so much for providing support in so many metagames, for bringing us wins in both STABmons and AAA, and for generally lending your expertise to the team.

Official Fissure STABmons GOAT in a tour with a surprising amount of STAB talent for a dead meta. I loved building with you and the Dr, and honestly STABmons was my favorite part of the tour by far. Thanks for everything.

itsKimbo Your record absolutely does NOT represent how good you are. You should probably go see a doctor or something to get that curse removed cuz damn your matchups sucked. I'm hoping you'll play again next year so we can fix what happened.

jasprose Cutest user on our team :3 (sorry zesty). I'm really glad you came back for OMPL and was and am thrilled to have you on our team. I really hope you stay around. Get your damn roomdriver back.

lotiasite Thanks so much for helping out. I'm glad we got the chance to play you, and I'm sorry it didn't go as well as we would have hoped, but you still contributed a lot and I was really glad to have you on the team. RIP the two AG slots :( Also your avatar is adorable.

TectonicDestroyer Bruh you tore it up. You gave 110% through the entire tour and we were lucky to have you at any price, and 3K was a steal. You put in so much and it paid off, thanks for everything.

Zesty43 also v cute user. I'm sorry you didn't get that much playtime but Tect and Zeni just wouldn't lose >_<. I'm glad I got the chance to know you a bit better tho and hope we get the chance to chill a bit in super top secret hidden private room tm.

Zenithial Legendary! I know you feel bad about those last couple series against Skarph, but keep in mind; without you, we lost every one of those weeks we tied. Without you, we were never in the semifinals, and without you, we likely lost to Skarph anyway because they're kinda op. I'm sad this is the last OMPL with AG because I don't think we'll see this level of competition in OMPL again without it.

OM room Hey bud second year down. We did pretty well again. Thanks for backing me up all the way and for helping me make tough decisions like what number to put in order to tag zesty correctly for the 40 millionth time.

other people...
E4 Flint Snaquaza Thanks for hosting!
kay Idk how we effectively ended up with three ZU Tier Leaders on our team, but thanks for helping out :D
Everyone else who popped in once the regular season ended, thanks!
All the other team leaders... thanks for making this a great tour. It was really close the whole way through (especially for our team...) and I had a lot of fun because of that :)

This is likely my last post for awhile. I may be on a bit over the next few days, but once OMPL properly ends I'm going on a short hiatus. I'll be back towards the end of September, a little under a month from now. If you need me for some reason you can message me on Discord. 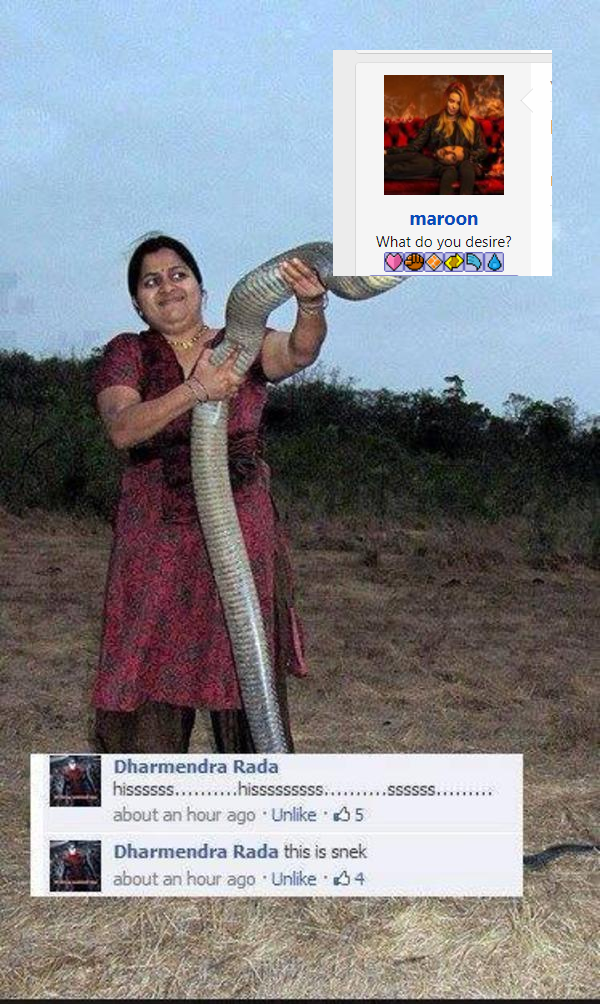 Do you feel lucky, punk? 'Cause I sure do!

Yo, I know my teammate Maroon did a shitty thing, but can we stop picking on him for it. I know its haha memes = likes, but in reality this can really make someone upset or wanna take a break over something dumb in both what he did and how he reacted to this after losing. Just remember, there is a person behind the screen that has feelings. Lets get it back Jolteons, don't let this stop you guys from doing your best!

Das what happens when you play a playa like me

maybe chazm's feelings were hurt when he got snaked

Yami said:
Yo, I know my teammate Maroon did a shitty thing, but can we stop picking on him for it. I know its haha memes = likes, but in reality this can really make someone upset or wanna take a break over something dumb in both what he did and how he reacted to this after losing. Just remember, there is a person behind the screen that has feelings. Lets get it back Jolteons, don't let this stop you guys from doing your best!

People should stop like farming I agree with that but
Ye let's consider maroon's feelings like he considered chazm's before blatantly snaking or making fun of him and everyone else in the discord he attacked.

This shit goes both ways and there are no innocent people so don't drop the victim card. In the end we all just had a good laugh.

it'd be one thing if maroon accepted what he did was a bad thing, but he defends what he did, blatantly lies about it, and then talks shit on the community. I have no remorse for anybody who not only snakes but lies and defends his snaking and continuing to try to take the moral high ground somehow by saying hes somehow better than the om community, and neither should anybody else. idk which team maroon's on but whichever one that's not, get the dub!

Everyone scrambling to get on the meme train be like 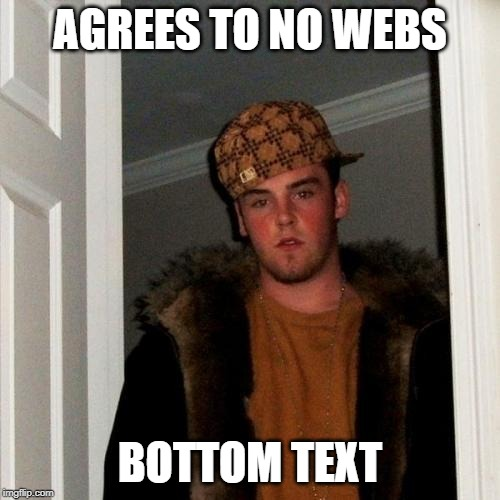 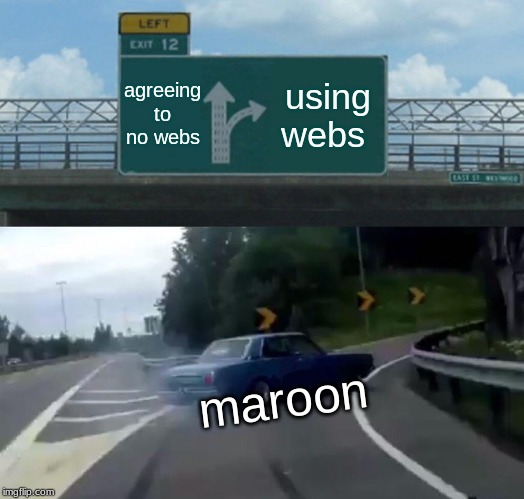 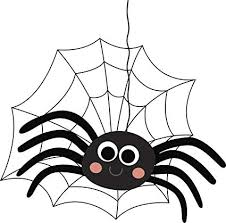 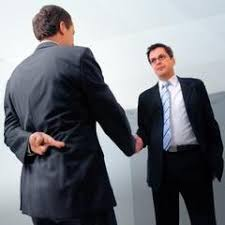 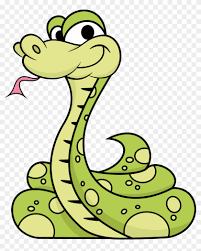 Looks like it's time for the inaugural episode of

Ladies and gentlemen of the jury, my client, Mr. maroon, has been libeled against by the contributors of this competitive pocket monster battling message forum.

Firstly, I will dispel this rumor that my client is a snake, an odious and patently ridiculous claim. Mr. maroon is a human being. He is warm-blooded and endothermic, does not to my knowledge ingest small rodents or smaller reptiles, and, most exonerating of all, does not belong to the infraorders Alethinophidia or Scolecophidia.

In a more metaphorical sense, the term "snake" can imply deceitfulness and ill intent, hearkening back to the passages of Genesis. However, I would argue that my client acted altruistically, placing the goals of his teammates before all else. Securing the win was of the utmost significance to his comrades, and I think it unjust to excoriate Mr. maroon for acting in accordance with the prevailing Smogon philosophy that the good of the group supersedes the good of the individual.

However, beyond even that, I find that the court of public opinion is treating it as a "fact" that my client "snaked". I would argue that Mr. Chazm did not take due precautions in constructing the parameters of the arrangement, and that my client violated no provisions, nor did he intend to do so.

I present Exhibit A:

Could this not simply be a mere typo? Note the "distressed" "emoji", indicating a sense of unease or concern. If one were to replace the word "snaking" with "shaking", the message would remain coherent. Which seems more plausible, a verb that describes nervousness for a tense finals match of high consequence, or a mere gerund that would be indicative of malice and confidence that a ruse had been successfully executed?

My client's quote, "tbf (abr., to be fair) snaking the no webs deal was something that we had planned for" is ambiguously worded. It does not necessarily convey that he himself meant to renege on an agreement, but instead had expected his opponent to do so himself. I cannot speak for Mr. Chazm's character, but if my client felt that the contract had already been voided via the other party's conduct, then it would of course no longer be binding to himself.

But there remains the most compelling piece of evidence. Reference Exhibit B once more.

Go back through my client's replay. You will clearly see that he only used the move Sticky Web (singular) one (1) time. He in no way violated the letter of the law; he did not use webs. My client is innocent in intent, fidelity, and performance.

I motion for all charges against Mr. maroon to be dropped immediately, and for an investigation into the faulty Primal Kyogre that he was supplied with to be launched, with the match in question stricken from record pending proof of sabotage.
Last edited: Aug 27, 2019