Vanity has such a hard price to bear... There are 8 teams this year. Each team will have have 6 players and at least 2 subs. The players are bought using the 80k credits that managers receive during the auction. Managers will be allowed to purchase themselves as players for their team at a fixed price of 16k but must assign one assistant manager from their drafted players. This may be done either during the auction or after it. Teams can win their matchup every week by winning 4 of the 6 matches that their players have to play.​
​
The tier lineup this year is as follows:​
All games will be played on the Pokemon Showdown main server or SmogTours in the most current version of the format corresponding to those listed above. The result between players may be decided in a best-of-one or best-of-three at the discretion of both players involved. If there is no agreement, the result will decided in a Bo1 by default.​
​
Winning a round rewards a team with 2 points, drawing 1 point, and losing zero points. In addition, the manner in which the round has been won will also be recorded i.e. the difference between a team's wins and losses in a specific week's round (referred to as "Win Differential").​
​
Playoffs:​
Each team will play one another for seven weeks. Based on the final standings, the top 4 teams will enter a Playoffs Round to determine the teams appearing in the finals.​
Tiebreaker

In the event of two teams being tied for a spot in the finals based on points and win differential, or a tie in the final round itself, we will have a tiebreaker round(s).​
Tiebreaker Rules: The most played meta from usage stats plus one metagame picked by each manager will give a best-of-three game between the tied teams, ultimately deciding who goes onto finals. The three games must be different formats, i.e. the remaining two games cannot be the same as the most played metagame, and must be from the list above. Since SS Balanced Hackmons is most likely to be chosen by usage, the decision to play Bo3 or Bo1 is still left upto the players' discretion and bo1 remains by default.​
Substitutes

Substitutes are to be used in the case of "extenuating circumstances" which are unavoidable, whether on the first day of the week, or the last. Moreover, they should generally not be used with a tactical purpose of creating confusion in an opponent's team. At the same time, players should be relatively well-aware of who all are available to play in the opponent's camp. If last minute substitutes are being frequently used or abused and the hosts find explanations unsatisfactory, the hosts still reserve the right to veto them.​
Trades

If teams wish to conduct a trade, both managers (or assistant managers if the manager is not present) MUST PM Ransei and SectoniaServant on the FORUMS to have the trade be official. No trades may occur after the conclusion of week 2. A traded player may only feature in the round after they have been traded.​

Scheduling should be done on VM walls, plain and simple:​
TL;DR: VM your opponents, schedule your matches, and be reliable. If you're not reliable, let your manager know so they can sub you out ASAP.​
​
Use these VM's to initiate discussion about bo1 or bo3 as well!​
Sportsmanship

Exhibitions of unsportsmanlike conduct with regards to Other Metagame Premier League will be met with an infraction at the discretion of the OMPL host/OM mods. This is unlikely to include interactions within a team's private chat unless there is reason found to make an exception. This rule is meant to protect other users from being publicly flamed/bashed/provoked by another competitor for the duration of and following the tournament.​
​
All players must complete their matches by the given deadline. Any incomplete matches by that time will be subject to activity decision (MAKE SURE YOU POST ON YOUR OPPONENT'S VM WALL); otherwise, they will be decided via !pick publicly in the OM Room. All matches should ideally be done on your most notable alt (the one you registered for OMPL with) to avoid confusion and the replay must be saved and posted in this thread. The replays will be archived in a separate thread, and will be used to calculate usage stats.​
Substitutions & Lineups

Managers, if you wish to make any substitutions, you must post here tagging both the player you're subbing out, the player you're subbing in, the manager and assistant manager of the opposing team, the substitute's opponent, and myself. This is to assure that everyone is in-the-loop and that the OP is updated accordingly to reflect the new match-up.​
​
Managers, when you send in lineups, please send it in with the tier and Smogon username of each player fully written out for ease of transcription, in exactly the same order as laid out above. I will post instructions about sending the lineup for next week later this week.​
Matchups

Vanity has such a hard price to bear...

I have had literally no badges the whole time I hosted this.... why is this a shock to you bastards.... Hey guys going to do a quick prediction post. Leaving out my team's series for obvious reasons

As you wish,
The Head Honchkrows (Jrdn, aesf) - [2][2] - The Spinda Wheels (xavgb, Jordy)
SS Almost Any Ability: aesf vs xavgb - as much as i adore aesf, he has had a uncharacteristic season (we both unironically have the same record as of rn, what a bond <3).on the other hand, stresh has had a solid season and is coming off a tiebreak win, Giving him the edge here.
SS Balanced Hackmons: highlighter vs PinkDragonTamer - this is a close one. Both players have had a great season, looking forward to this one.
SS Camomons: Jrdn vs Hamhamhamhamham - Jrdn has looked like monster all throughout ompl and i dont see him stopping now.
SS Mix and Mega: Redflix vs Jordy - I dont actually have a read on this game. Both are pretty similar players in terms of building and play so i suppose this will come down to the builder.
SS NFE: frisoeva vs King Leo V - similar to Jrdn, Friso has looked unstoppable this season. King Leo is however not someone to take lightly upon but I will still give Friso the edge.
SS STABmons: Alternatif vs vivalospride - I haven't seen too much from Alternatif but he was slotted in for finals over Cam which makes me believe that there is some sort internal/irl problem? Who knows. Viv has had a decent season and I see him taking this one.

Looking Forward to all these games. Best of luck

This has been a long time coming. Both Spindas and Krows have been really hot all season, and I don't think anybody is too terribly surprised to see them make it this far. We've got a lot of really cool matches this week and I'm looking forward to seeing them

As most of you probably know (and thus will probably, fairly skip this part), I've been doing ELO rankings based on performance in this OMPL. This allows me to rate performance as well as create unbiased predictions, although they're not necessarily perfect, given that some excellent players have done poorly and somehow that xavgb guy actually won a couple matches. :xavgb:

. There are also a couple players outside of their standard metas in this round, something this method totally overlooks.

These percentage chances were generated using the ELOs I have been calculating, using this tool and this spreadsheet (page 2).

drampa's grandpa said:
These percentage chances were generated using the ELOs I have been calculating, using this tool and this spreadsheet (page 2).
SS Almost Any Ability: (20) aesf vs xavgb (80)
SS Camomons: (90) Jrdn vs Hamhamhamhamham (10)
Click to expand...

Dang. A train wreck must've happened to cause this.

SS Almost Any Ability: aesf (51) vs xavgb (49) This is as close as it gets in my mind but going with my gut on this one. Although aesf hasn't had his best OMPL, he isn't the type of player to let losses fully tilt him so i'm confident he'll go into this game/series with a fresh mindset. aesf's builds and playstyle are also the type that give Stresh a lot of trouble but if Stresh puts as much time and effort into testing and building as aesf does, I don't think I could pick between the two but i'm not confident that'll happen so rolling with aesf here.
SS Balanced Hackmons: highlighter (45) vs PinkDragonTamer (55) PDT has been playing too well to predict against him vs any BH player in this pool. HL makes this tougher because he's one of the best players across OMs and is clearly getting progressively stronger at building in gen 8 as this tournament goes on. Favoring PDT here because of his consistency and support but never count HL out of a BH game.
SS Camomons: Jrdn (60) vs Hamhamhamhamham (40) It's kinda messed up to favor a Jrdn vs Ham series this heavily but Jordan has been the biggest Camo monster since he began playing years ago and nothing has changed. Yes, he's undefeated but I favor him so heavily because once again, he puts a ton of work into his building and testing and makes sure his teams are as ready as possible. If Ham gets an ok matchup he has the skill to win but you never predict against Jrdn in Camo.
SS Mix and Mega: Redflix (51) vs Jordy (49) This one is really hard to predict too I'm going with Redflix because he has most MnM experience and isn't afraid to go outside the box (sometimes TOO far outside the box but the point still stands). Jordy hasn't proven he can really expand outside of his usual range of mons which can sometimes punish you in tournament MnM. If Redflix brings something solid with nice techs and lures I definitely favor him here but Jordy has the support, the work ethic in prep, and the playing ability to succeed in this matchup for sure.
SS NFE: frisoeva (49) vs King Leo V (51) I'm going with my gut on this one too. Leo is extremely hot right now he's won frequently and he's come in clutch every time the Spindas needed him. Friso is a quality player but Leo has also been consistently outplaying his opponents when he needs to and has more experience in NFE with better support to my knowledge. Might seem silly to predict against the undefeated player but sticking with Leo here.
SS STABmons: Alternatif (45) vs vivalospride (55) Viv has been doing really well this tournament and has solid STAB support. I'm not favoring Viv further because Alternatif played well through a hard matchup his other STAB game this tournament I was impressed. But STAB has been the Krow's weakest slot this tournament so can't go against Viv here.

Some of these are as even as it can get or just really hard to predict but i'm not a coward so I made sure to choose someone. Good luck to the finalists i'm sure we'll get some good games.
Last edited: Jun 12, 2020

Discord Leader
Won against Redflix. GG out of respect and sorry for the luck from my end.

Viv when he didn't go for Alternatif choking 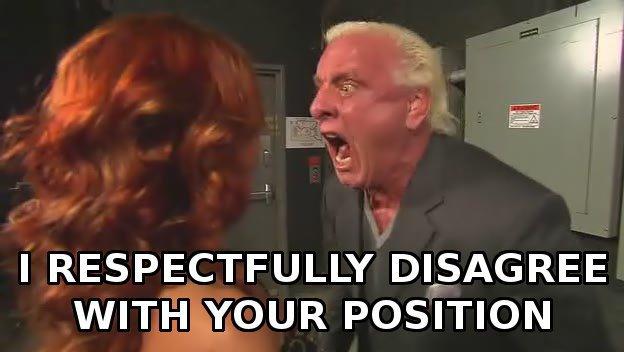 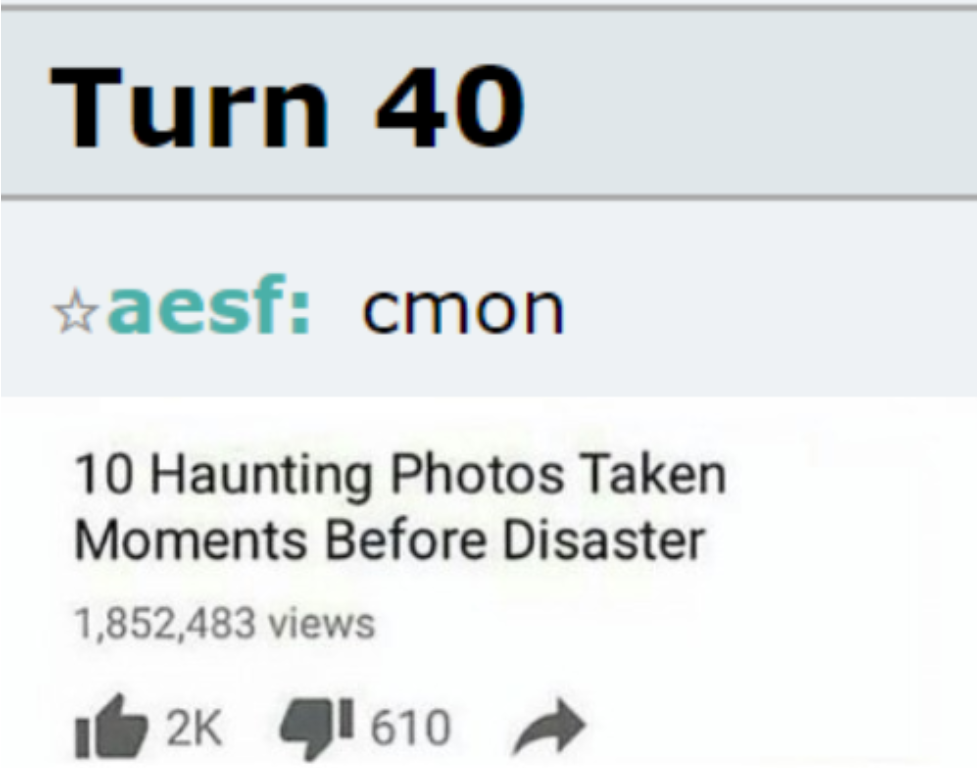 Mew is paralyzed! It can't move!

YES I finally got a prediction right. I legitimately thought I was about to go 0 for 6.

Meanwhile, my prediction method of guessing the exact opposite of whatever drampa predicts has been performing very well!