Moderator
Art by in the hills 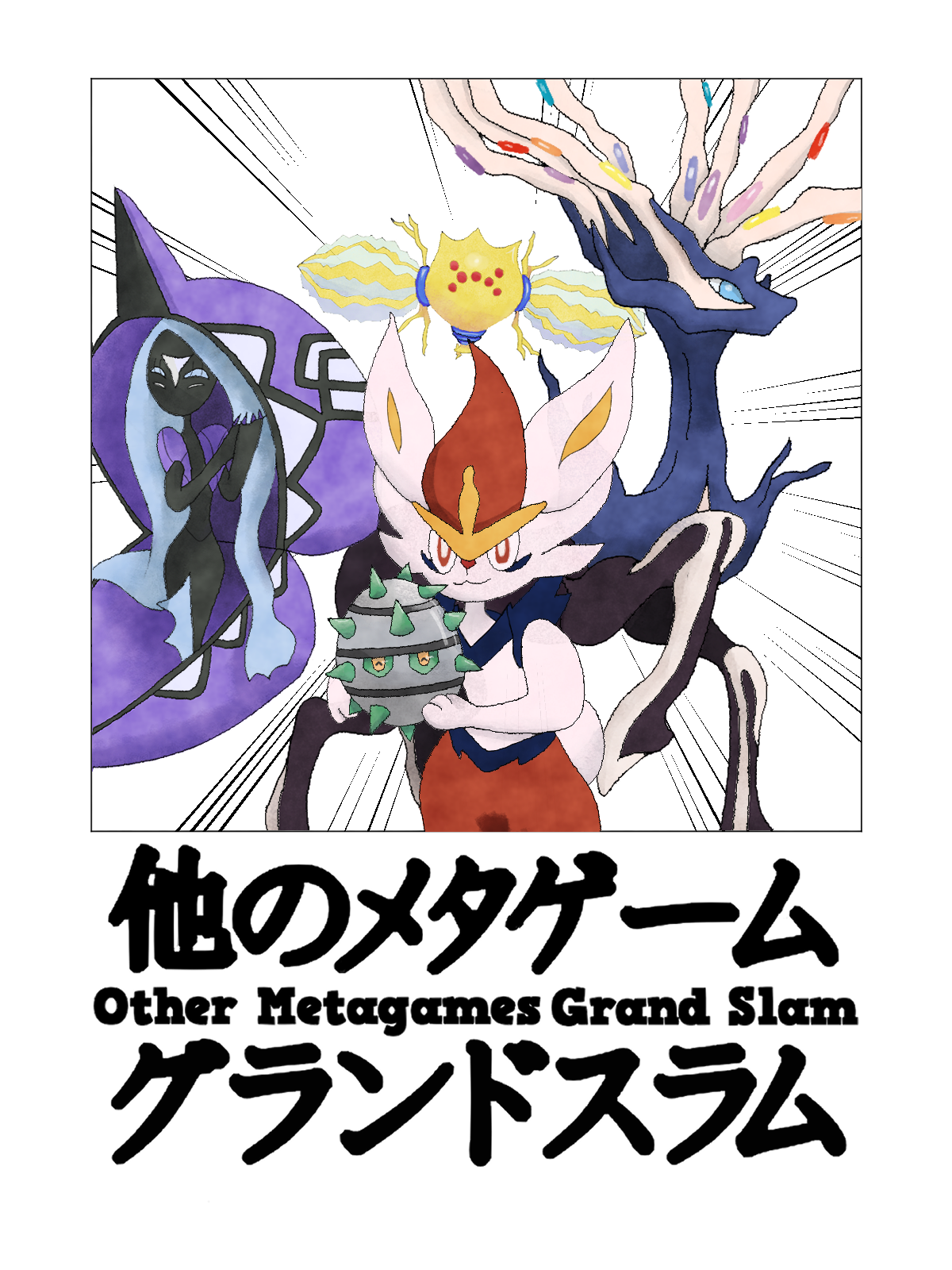 Welcome to the seventh edition of the Other Metagames Grand Slam! This competition is based on the Smogon Grand Slam. In short, the Grand Slam is a series of smaller tournaments (called Opens) where battlers gain points as they progress past each round. Unlike last year's OM Grand Slam, this year will have a best-finish-limit of 4, which means that only your top 4 performances out of the six Opens will count. After the last Open ends, the 8 players with the most points advance to a final tournament where they battle in a best-of-five until only one person remains! This is the first set of tournaments as part the 2022 Other Metas Tour Circuit where the top players who have earned points will compete for the OM Ribbon!

Signups for each Open will be posted according to the following dates:
Any bans/unbans that occur during an Open will take affect the following round. Please also keep in mind that this tournament is entirely Sw/Sh and does not include metagames from past generations or BDSP.

Be sure to join the Other Metagames Discord for live tournament discussion, or if you need to contact a host. This is not the sign-up thread, so you don't need to post "in." You sign-up for the Opens individually, which will all have their own separate threads posted in Circuit Tournaments.