So I was one of those people stuck in the 1000-1250 ladder and it was kinda frustrating. Most of my teams were okay-ish but was never enough to reach me past 1300 and so for me, 1300 became a milestone. It wasn't until I thought of this team that it finally got me past 1300 and I continue to win more battles with it. Tell me what you guys think after seeing my team and if there is anything that I can improve it. 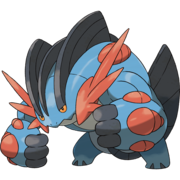 The main wallbreaker and sweeper for this team. Unlike how I seen a lot of people do, I don't max Swamperts speed. I instead give him some slight bulk so that it can give him a better likely hood of surviving those situational moments when a pokemon is able to out speed and hit him or if he can't OHKO a pokemon. The swift swim already makes him faster than any pokemon without choice scarf or an ability that resembles something like swift swim. Other than that, his move set is pretty standard. The Earthquake and Waterfall are great stabs especially Waterfall with rain. Ice Punch is for dragons and power up punch is to help him hit even harder.

Pelipper is core for this team. Not only does it have Drizzle to help the team but it also makes it a surprising threat on it's own. I feel the best way to use Pelipper is to give him tanky stats. Rain boosted scald does quite good stab damage as well as Hurricane since it will have 100% accuracy in rain so I don't think I need to give him offensive stats. Defog is for getting rid of pesky entry hazards like Stealth Rock, Spikes and Sticky Webs. Roost makes it harder for people to take you out since you can constantly restore your health. 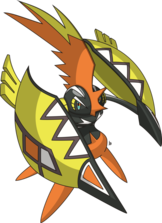 Tapu Koko is helpful wallbreaker. The main reason I added Tapu Koko was to counter hard to deal with walls like Toxapex and Celesteela. Brave Bird is for dealing with Tapu Bulu and is very good for taking down Mega Venusaur. Iron head is for mainly dealing with Fairy's and people often don't expect me to have it. 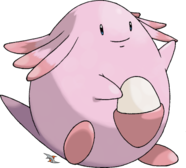 Chansey is an amazing wall for the team. Sp.Atk's don't mean nothing to Chansey because of its insane hp and Sp.Def stat and Eviolite makes it even more bulky. There really isn't much point in maxing HP since its naturally very high, instead maxing Sp.Def and Def is the better choice. Maxing Def combined with Eviolite makes Chansey actually do well against physical attacks. I'm not sure if I should replace Rain Dance. I only really use it for when I have to rely on my Swampert or Kingdra to sweep if I can't use my Pelipper for rain. 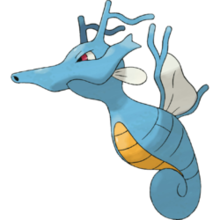 My main late game sweeper. Kingdra naturally doesn't have a very strong Sp.Atk but with Choice Specs it makes it a very hard hitting Pokemon and with the swift swim it's practically unmatched in speed. I also like the pretty nice variety of moves it can learn especially Flash Cannon which helps dealing with Fairy Types. I chose Surf over Hydro Pump because I like having more accuracy. 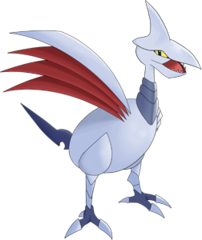 Lastly, we have Skarmory. I was surprised to see how well Skarmory helps the team. Skarmory stops nearly all physical pokemon in their tracks because it's very high defense and even better, Skarmory is able to take attacks like Flame Charge, Flare Blitz, Fire Punch etc.) much much better when rain is active. Rocky helmet and roost combo makes it a huge nightmare for physical pokemon. I then added stealth rocks for entry damage especially when they try to bring in fire types to take down Skarmory.

Thats it and if you can, rate the team.

Hello there, good rain team you got going on. I do have a few changes however. I don’t really recommend having a Chansey on a rain team. I suggest having a Toxapex instead of Chansey. Pex can help with setting up for sweeps as it gains the move Toxic Spikes. The spikes can help with poisoning opponents so that your sweepers Aka Swampert-Mega and Specs Kingdra have a better chance of KO’ing anything that can prevent a sweep. It also allows you to stack Toxic Spikes and Stealth Rock from Skarmory, which is just MEAN. Search up the smogon analysis for Toxapex, you can find the set for more details. It also learns rain dance so...


Also you might wanna actually run Max speed and max attack jolly Mega Swampert. I say this because with a jolly nature, you can outspeed choice scarf Keldeo, which is a threat to rain teams. Also, instead of power-up-punch, run superpower. Superpower 1HKO’s Ferrothorn, which eliminates a threat instantly unless you’re really into power up punch setting up. You can also run stone edge to snipe Tornadus-T or Mantine.

If you wanna keep skarmory, add whirlwind in it, replacing a move of your choosing. HOWEVER, I reccomend for a more appropriate pokemon on most popular rain teams: Ferrothorn.

Ferrothorn on rain teams is basically Skarmory. Ferro can use protect to scout opponents, learns stealth rock that can do the obvious, gyro ball to counter any fast physical attacker, and leech seed while can help with stalling and waiting for a opportunity to set up a sweep. Check the analysis for Ferrothorn tbh.

That's it. I also changed the koko set to have hidden power ice and Taunt for pivot purposes.
Pokepaste:
https://pokepast.es/f1ac3081cc67cb1e
Last edited: Mar 25, 2018

Ahh, I always felt like I was forgetting a move from Skarmory. I'll definitely try out the Whirlwind and replace Defog since I kinda already have Defog with Pelipper. I'll also try Ferro and Toxapex, thanks!

Hey, you're welcome. It's kind of really long to do Rate my Team comments. Trust me, it's a pain. :3
You must log in or register to reply here.
Share:
Reddit Pinterest Tumblr WhatsApp Email Link