After reaching 3rd on the ladder with this balance team in June 2020, I decided to see how good this team was after the Crown Tundra DLC was released. Oh boy did it age like fine wine.

My favourite thing about this team, which I have had for years now, is how easy it is to completely win on matchup. Some battles require effort to lose, because the wall breakers hit so hard. However, most of the time you need to soften up the enemy team with Mega-Medicham + Specs Volcanion, then try to sweep with a combination of banded bullet punch and aqua jet.

You may be looking at this team and thinking "Wow, this looks completely unviable, half these mons are terrible in the current meta!". Hopefully I can change your mind about that by the end of this thread. Also, if you're thinking electric pokemon ruin my team, with the glaring lack of ground type, you're only about 51% correct. 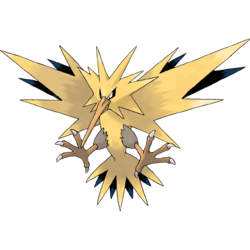 I don't see Defensive Zapdos nearly as much as I used to, with most running much more offensive movesets/spreads with hurricane/hidden power ice for STAB/coverage. That's not to say, however, that it isn't as good as it has always been.

Offensive threats; such as Mega scizor, Rillaboom, Mega-Lopunny and Gyarados all fall short when trying to break my Bold Zapdos, with all taking super-effective damage in return to not allow any recovery or substitutes to happen. As well as this, Zapdos certainly threatens more defensive Pokemon, with Toxapex, Tapu-Fini, Ferrothorn and Corviknight all taking super effective damage.

Zapdos with boots also provides a fairly reliable source of hazard removal. I use discharge over thunderbolt as my intention isn't to reliably kill any mons in 'x' hits, but more to cripple the team when combined with static.

I also run 4 speed on the offchance I win some would-be speedties. As far as I'm aware, an extra 4SpD wouldn't be useful for any particular reason. 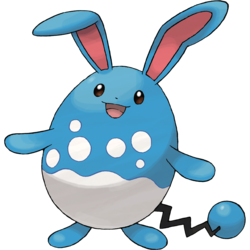 If Zapdos was a fairly solid start to the team, some of you may be shaking your heads now. But fear not! Let's start with the EV spread. It may look like I just decided to randomly cut 256 in half and put them on Speed and HP. This, however, is not the case! 128 Speed is a very nice number as it allows you to outspeed uninvested, or 4Spe invested, base 65's. This is important because Alomomola is base 65 and the last thing I want after getting +6 is to get burned by that damned fish. This also allows you to outspeed Pokemon like: Porygon2 (May not seem relevant but +6 aqua jet doesn't actually kill and it hits hard with return/thunderbolt), Jellicent and Clefable.

The main objective of this pokemon is to switch in once the checks (Tapu Fini, Rillaboom, Bulky Zapdos, Kartana) are either dead or low enough for belly drum and aqua jet to be able to sweep. This Pokemon also finds it very easy to take advantage of Pokemon with Wish/ Protect. It definitely doesn't happen every game, but when you belly drum on the wish, then follow up with Z belly drum on the protect, there aren't many better feelings. 100% HP +6 Azumarill. Brilliant! However, it also finds it easy to set up a Z-Belly Drum on pokemon such as Mega-Swampert, Weavile, Greninja-Ash, Charzard-X, usually taking 40-80% from their moves before returning to 50%. Another benefit of Z-Belly Drum is that taunt doesn't stop it. This means that Heatran and Tapu Fini can't just taunt their way out of you getting +6.

Play Rough is a great STAB move, which can easily scare out Pokemon such as Mega-Sableye. It also makes it difficult to switch in pokemon such as Tapu-Fini/Clefable, as they still take decent damage from Azumarill's Huge Power. Knock off probably doesn't need much of an explanation. It is an S tier move, but it also allows Azumarill to not have to use 90% accuracy play rough, while hitting Pokemon like defensive Slowbro for super-effective damage. Max HP max defensive Toxapex dies 38% of the time, whereas the more seen 104 defense Toxapex dies 99% of the time. 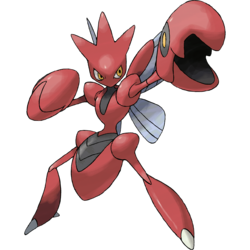 Choice Band Scizor may seem like a very unconventional pick, but you wouldn't believe the amount of times people completely overlook it on matchup, maybe assuming it to be a bulky leftovers set. This Pokemon, when played correctly, is a nightmare to deal with. It will absolutely run circles around your team with U-turn, while catching Magnezones and Heatrans with Superpower on switchin. Combined with knock off and it starts to become very difficult to switch anything into this pokemon.

My speed ev's are possibly a bit scuffed. The idea behind 100 speed is that you outspeed max spdef heatran. This may not seem like a big deal, but there is nothing better than catching someone lacking with zero speed investment on their heatran. 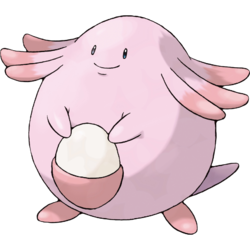 This fat pink guy. She's great. I wont go into great detail on this Pokemon, because most of you will know exactly what it does, which is sponge special attacks all day long. This is my Tapu-Koko and my Tapu-Lele wall rolled into one. This phat girl can 1v1 Greninja-Ash, Mega-Charizard-Y, Magnezone (probably not iron defense body press tho), Mega-Diancie, Thunderus and countless more.

I choose not to run toxic because most ghost types are either poison types or substitute, and seismic toss hits everything else. Aromatherapy is essential. Without it you very easily lose to toxic/ burn spam. One of the main complaints people have about Chansey/Blissey is that they lose momentum. I run stealth rock to try and put the momentum back in my court, as they will have to waste a turn removing hazards. Soft boiled is, of course, staple.

A side note, although Chansey is a great special wall, it can also handle a lot of phsysical beating with 252 Def. As long as you make sure you don't get hit by it, knock off isn't as big a deal as people make it out to be, especially when you have a Z-Move Azumarill to sponge knocks. 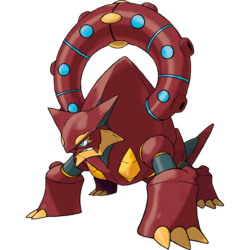 In my honest opinion, this Pokemon is criminally underrated in the current meta, especially with choice specs. Not only is this Pokemon incredibly physically bulky with 248 HP investment, void of Chansey/Blissey you will be extremely pressed to find a switchin to this pokemon. I'm not even exaggerating, rack your brain right now for switchins. Now read these calcs and re-evaluate your switchins

Now onto more dubious strategies with this Pokemon. This team, as a whole, can very easily lose to Pokemon like SD Garchomp, SD Excadrill (in sand) and Kommonium Z Kommo-o. Volcanion can be incredibly good at baiting moves such as stealth rock or swords dance from these pokemon, and killing/doing huge damage and burning in return. If my opponent has a Garchomp/Landorus-Therian, I will very often lead Volcanion just to tank its Earthquake and kill with specs steam eruption 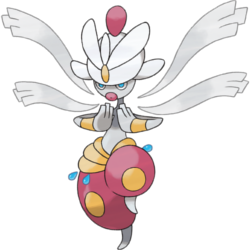 When someone says 'wallbreak' this is the Pokemon that will always come to my mind. With HJK not allowing anything hit neutral, or especially super-effective, to continue its subscription to living and Zen Heabutt killing fat Pokemon like Toxapex and Mega-Venusaur, Mega-Medicham is incredibly strong. Fake out is very nice against focus-sash hazard setters (but don't let ribombee trip you up) and ice punch, as well as killing Landorus-Therian, is often a great midground when they can switch in Pokemon like Mega-Sab or Tangrowth.

Slowbro is probably this Pokemon's best wall, although many ghost types are often tempted to switch into him. Barring Mega-Sableye, which can wall, most ghost types are killed by Zen Headbutt. One Pokemon that can be very troublesome for this team is Sub CM Blacephalon. It can take a bit of getting used to, but I haven't lost to this set up mon in a long time. They will basically never shadow ball this pokemon on the first turn it comes in, they will either CM or Sub. Either way you will click Zen-Headbutt, and if it subs switch to azumarill on the next move to threaten aqua jet.

Some people try to get really cocky and switch in their base 100 speed mons against Mega-Medicham. If CharY comes in against you, dont risk anything, go hard Chansey. If CharX, Manaphy, Mega-Medicham or Volcarona come out against you, you must be fearless and click the most effective move. If you lose the speed tie, that's rough, buddy.

I would describe this team as easy to pick up but difficult to master. If you are struggling to reach top 500 NatDex, I want to say this team is almost guaranteed to get you there, just by winning on matchup 75% of the time. Then again, I can't speak to each of your abilities, hehe.

I have used this team for years and there are some Pokemon that you instantly lose to if you let them set up on full HP. These are SD Garchomp, SD Kartana, CM Blacephalon and Z Kommo-o (belly drum is more manageable). I would recommend being extremely cautious of these at all times. Make sure you don't give Kartana a free setup until you are sure it is scarf, same goes for Blacephalon.

Some more troublesome Pokemon that are manageable, but you might lose a couple Pokemon if you misshandle them, are Sub Seed Serperior, Sub CM Keldeo, Z-celebrate Victini, Calm mind Mlat and anything with Tail Glow. Also, for the love of God, don't defog into Bisharp!

That was a lot of writing, phew! If you got this far, thanks for reading and I hope you like my team. I want to give a quick shoutout to the guy who passed me this team 5-6 years ago in ORAS, who sadly hasn't played in at least 4 years. Resonant Soul I miss you, come back :'(. However, I'm glad I could do his team justice and reach no.1 on the ladder, despite sucking at mons. If anyone was wondering, I exlusively used this team from 1500 to 1927 on the ladder, only losing about 5 games out of maybe 40.