It's not haxx if it comes from Jirachi 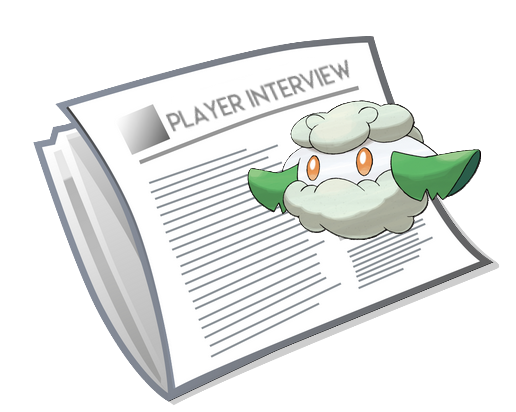 Approved by UU moderation & inspired by Feliburn's project​
Welcome guys in the "UU Player Interview", a project where you'll be able to discover or re-discover some well known players of the UU community. Those people may be known thanks to their high-skilled level or their achievements on the strategic scene but also thanks to their dedication into the tier or within the community. Time to gossip !

Howdy Misa ! How are you and how’s your weekend going ?

Hey, I'm doing great. I had a relatively long weekend so I spent a lot of time with family and with friends. I hope you're also doing well.

I'm doing fine, I finished my move out so now I'm chilling ! By the way, could you quickly present yourself for people who don’t know you ?

Yeah, I'm Misa and I'm 20 years old really soon. I started playing competitive Pokemon around late-ORAS and I have been relevant in UU in since early-SM. In the said year, other than getting to relatively high places in all the circuit tournament, I managed to be the runner-up of the UU Championship and in USUM I started UU in Snake Draft League for the Bushmasters. Other than that, I'm a Room Owner in the UnderUsed room on PS!, as well as the UU-QC Team leader, a UU Forum Moderator and a UU council member. I hope I didn't miss anything lmao.

I don't think you miss anything don't worry ! Talking about UU, how do you feel about the current Underused with the shifts ?

The power creep is pretty insane and it makes walls like Skarmory and Blissey really good which isn't the best thing for the metagame but at least we got Magneton and we are working towards banning what needs to be banned. Regardless, on the positive side, there are a lot of toys to play with and to discover which is always good to have in a metagame.

Yeah that's true, I just hope that August shifts would not be to harsh for the tier. Outside of UU, do you have another tier of predilection ?

Well not really, I sort of liked OU for a while but since it mostly revolved around Toxapex-Corviknight-Seismitoad-Clefable cores (Seismitoad not-so now, but still) it started to be really boring pretty easily.

I agree, I feel like it's even "worst" now with things like Magearna and Urshifu.. let's focus a bit on the IRL if you don't mind.. Do you have any passions and/or hobbies ?

Yeah, I play the piano, draw and compose. I also love games like video-games and checkers. Pokemon is included under video games D:

Hmmm I don't know if that counts, but I really love to listen to Bach. I can listen to his pieces all day every day and still love it while other people look at me weird lol.

Obviously it counts ! By the way, are you a Death Note fan or does your nickname come from somewhere else ?

Yeah, that's Death Note. I forgot to mention that I love anime haha. My favorites are Death Note, FMAB, Mirai Nikki and more.

I see. Can you give me three things you couldn’t do without ?

I like that question. These would be music, solving problems and quizzes and Coca Cola.

Oh you are a Coca Cola addict ?

Ehh, I wouldn't say I'm addicted, but I really love it hahaha. I don't like sweet things that much; I barely eat cakes or sweets but there's something about Coca Cola that is unique and I love it.

Alright ahah. Earlier you talked about how you performed in some tournaments in the "past", do you have any goal for this year ?

Just to have fun, I've already established myself as a relatively good player (I believe so, at least) so I won't join any tournament just to prove myself. I'll probably focus on team tournaments more than solo-tournaments because of that.

Yeah you did for sure ! Would you mind to share with us a UU team you made after shifts ?

Yeah, I only made two teams and they're both sampled LOL

Last question, who is the ідіот you like the most on Smogon ?

vivalospride :3 We have been really good friends for really long and he is definitely an ідіот

A cute one for sure ! Well thanks for your answers and your time Misa !

Thanks, it was really fun n_n

Feel free to ask to Amane Misa any questions you want !
If you have some recommendations for an interview, feel free to DM me !​

Moderator
Is there one game you're most proud of on your time throughout this website? If so, which one?

How do you feel about this gen in comparison to last gen specifically?

If you could bring back one mon from last gen to help glue the meta what would it be?

If you could bring back one mon from last gen just for you to have fun with what would it be?

Is there one series/game that wasn't your own that you remember thoroughly enjoying? For example for me it'd be FUMA HI-FI vs the italians two years ago

If you couldn't play UU for one year, which metagame would you play and why?

If you had to give 1 mon the boot from UU that's not already being voted on, which one would it be? Why?

What is your least favorite pokemon to use and why?

What is your favorite genre of music? Your least favorite?

i love you
what would you like to be asked

do you think checkers is harder than chess? (strategically)

what are you studying ? What do you want to do later ?

your favorite emote ? Are you a weeb ?

what is the anime you expect/hope for next season's release?

Moderator
vivalospride
Is there one game you're most proud of on your time throughout this website? If so, which one?

​
https://replay.pokemonshowdown.com/smogtours-gen7uu-454801​
There are a lot of games I am proud of but I chose this because it was at the highest level tournament I participated in and because, at that time, Adaam was on fire and was probably considered to be the best UU player by a lot of the community. Furthermore, not only was this game during one of the most active time on smogtours, but it was also live-streamed in the official Smogon Twitch. On top of that, this was my first official tournament game ever.​
​
Needless to say, the favors weren't in my odds but I still managed to grab a really impressive win for the team and for myself and I played really well around Adaam's Rotom-H to clear the way for my Togekiss to win.​
How do you feel about this gen in comparison to last gen specifically?


The last generation had both Z-moves and Mega Evolutions and this generation doesn't, which makes it way less focused on lures and on being unpredictable in general. In other words, it rewards better playing more so I like it better!​
If you could bring back one mon from last gen to help glue the meta what would it be?

If you could bring back one mon from last gen just for you to have fun with what would it be?


No Heart, probably. It got a really sick flow.​
Is there one series/game that wasn't your own that you remember thoroughly enjoying? For example for me it'd be FUMA-HI-FI vs the italians two years ago

​
I don't typically watch other people's games but probably this blunder vs cbb because I really love ORAS OU and it was really hype and close.​
​
https://replay.pokemonshowdown.com/smogtours-gen6ou-354731​
​
War Incarnate
If you couldn't play UU for one year, which metagame would you play and why?


I have little to none experience in generations that aren't 7 or 8, but I'd say that the generation I think is the coolest is 4, and the one I hate the most is 5.​
If you had to give 1 mon the boot from UU that's not already being voted on, which one would it be? Why?


Might be Reuniclus or Jirachi. The former doesn't reward skill that much because, generally speaking, you can win with it by either having a ridiculously good matchup (that's not so uncommon with Reuniclus) or by getting the 50-50 Focus Blast correctly. I love using the latter but its Choice Scarf set is just reliant on it flinching with Iron Head which isn't competitive. Undecided on Galarian Slowbro because it's not that good but it's literally reliant on chances to get kills.​
Do you prefer archetypes that prioritize offense or archetypes that prioritize defense?


My playstyle changes from every generation because of metagame differences. Some metagames reward offensive and aggressive playing more and some metagames reward playing patiently and defensive more. I think that the current metagame rewards playing defensively slightly more so I like it better right now.​
What is your least favorite pokemon to use and why?


Bewear, probably. It's a good Pokemon but it just doesn't fit my style of playing. I always seem to lose to it but I can never win with it.​
What is your favorite genre of music? Your least favorite?

Pop music, probably. Generally speaking, it's just really annoying, cringe and literally, everybody on earth listens to it - it's EVERYWHERE and it haunts you forever.

Kyrie from his Mass in B-minor.

I love these versions at most:


- the quality and the voices are just amazing. I have no words (listen to the beginning because it plays multiple pieces from the whole mass).​
​
- this version is so powerful and I love it so much, too. The former's quality is better though because this CD was released in 1978.​
pokeisfun
i love you
what would you like to be asked


I love you, too!​
​
I'd like to be asked anything you wanna know about me!

​
KSt3ve
do you think checkers is harder than chess? (strategically)


Probably not because in chess every piece does different moves and there are a lot more variables you need to take into consideration while building a strategy. I like checkers more because it's simple and because my mom and grandmom play it.​
what are you studying ? What do you want to do later ?


Right now I don't study because I am doing army service. I just finished a military officers course if that counts.​
your favorite emote ? Are you a weeb ?

On one hand, I exclusively watch serious and intellectual anime, but on the other hand, I have anime figures in my room so it's up to you decide lol.

what is the anime you expect/hope for next season's release?


I really hope they make an anime adaptation of Platinum End but if you're talking about ongoing anime then I am dying for a new Hunter x Hunter (2011) season.​

No pressure if you don't wanna answer any of these ^_^

If you walked into a Starbucks what would you order? Or using their app because COVID? https://www.starbucks.com/menu for refernce

No pressure if you don't wanna answer any of these ^_^


Yeah, I voted for HaLikud party (Netanyahu).​
What's your best vacation you had? What's your dream vacation?


70% skill and 30% luck (Focus Blast's accuracy, funnily enough).​
If you walked into a Starbucks what would you order? Or using their app because COVID? https://www.starbucks.com/menu for refernce


vivalospride is just nice to everyone and he likes helping people. I'm this likeable because I'm just being myself!

Moderator
Let's not push the "viv is a nice person" narrative any further before some hobgoblins start believing it :)
You must log in or register to reply here.
Share:
Reddit Pinterest Tumblr WhatsApp Email Link