https://scoopapa.github.io/Replay-V...8MegasforAll-2022-05-09-moretto-gekokeso.html
Commited a war crime on Moretto, my bad.

Sup, newly formed Villain here to also double post predictions for this week (expect the level of hax in the above battle to tenfold next week):

Workers Union of Gensokyo (2-3) vs Phantomire Gourgeists (4-5)
M4A: adem Bossaru vs Sticky Fingaaa - Adem's defeat at the hands of snom prove that they might just need a bit more training to truly succeed in the tier, which will not give it any favours against the other M4A tour finalist Sticky Fingaa, who is considered by many to be the second best player of the mod and a very unpredictable opponent. Oh fuck the bossaru is in, unfortunately sticky is going to bring a random nu mon and win.
FEUU: anaconja vs Tapler - both are very good but Tapler has been putting more hours into practicing.
HGOU: LRXC vs NotCopen - Despite his loss week 1 I'm pretty confident in the chances of LRXC, although Copen seems like a very decent opponent.
REST: DuoM2 vs zxgzxg - both know the tier a lot but I believe z is just a way more active player than Duo overall
ALT: SiceXV vs Darkrai Retribution - both players surprised In week 1 but I feel like Darkrai got his win in a way more safe fashion than Sice, so he might be more skilled why yes i always believed sice would win i had not doubts about it.
JOLTOU: dex vs Beaf Cultist - Player who played and will possibly play the tier once versus the guy who plays the tier non-stop, beaf does come up with some very unoptimized stuff so his team might want to check his team before the match.
NDBH: cityscapes vs TTTech - I'm yet to see city play and she is very strong from what I heard, but rumors say TTTech is possibly good so who knows.

Po-Town-Probopass (3) vs Close Combat Comrades (4)
M4A: pupugugu vs ARandomPerson - Both are very wholesome people and fighters that I respect a lot, it's only that currently indigo has more credit to his name after defeating Adem.
FEUU: analysis geek vs Bobsican - As said before geek is very unpredictable but he does seem to be a very good fighter, way better than Bob.
HGOU: bynum vs Rezzo - The old gen pet mods king and #1 Donda victim just is too goated to lose here.
REST: Mossy Sandwich vs Monai - Both are good players, but mossy never shuts up about restrictions so he knows the tier way better than anyone else.
ALT: Clasmia vs RedwoodRogue - Always betting on the goat.
JOLTOU: Gravity Monkey vs scorbunnys - scor has recently become sorta a friend of mine and he does put a lot of hours into the game if his prior UU experience is to note. Gravity is a tough opponent tho.
NDBH: Hematemesis vs Quantum Tesseract - i...had no idea Bolivia played the tier, but Quantum was looked on as one of the most priced BH slots so I'm going that route.

https://replay.pokemonshowdown.com/dragonheaven-gen3hoenngaiden-46 first blood stolen by my teammate. whoever i play next week be ready for the rfn. 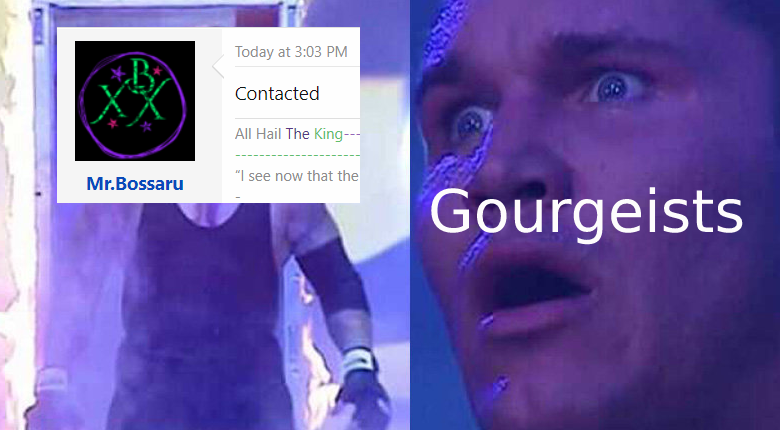 am I missing something

where the fuck is my team