So, I've been a lower ladder player for most of 6th gen. However, I finally broke the 1850 milestone on one of my accounts. I wanted to see what other players thought of my team to see if I could improve this team even more to continue to climb the ladder. Any input is appreciated.

With all of the rotoms running around, it's nice to have something that walls them while also being able to support the team with wishes and status clearing. Florges has also helped in taking down gliscor that try to spread toxic to my team. This florges has probably been the most important member of my team thusfar. 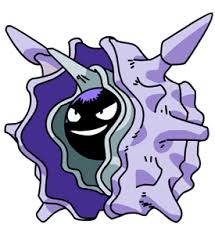 So, I know what you're thinking, "Why are you running clamp and for that matter Overcoat?" Well, when initially putting this team together, I had a huge problem with hazards. Every team with a smeargle was dominating me. I had nothing to take a spore and my spinner just wasn't able to come in often enough to keep sticky web and stealth rocks off of my side of the field. My solution was to trap smeargle without baton pass and lay down my own spikes. With the buff to trapping moves and overcoat, it has worked very well. This cloyster also functions as my dragon slayer since Garchomp and Dragonite can do very little back to such a defensive behemoth and stab ice shard is nothing to sneeze at coming from a cloyster even without significant investment. I've also considered putting a fortress in it's place, but cloyster has done well enough so far to stay on the team. 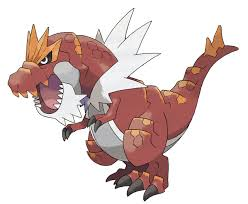 This is my answer to talonflame. Basically, once I get rocks up, talonflame is done for. Until then, I just keep switching in my tyrantrum to take brave birds. Oftentimes, tyrantrum becomes dead weight, but rocks are always helpful. 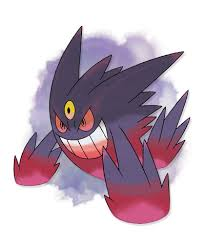 This is the first team I have ever put mega gengar on. I love it so far. It pulls me out of so many jams. I was running focus blast for a while to not be walled by ttars, but dazzling gleam has been far more reliable while hitting many of the same threats. Sludge bomb is currently the top stab option, especially after steel types are gone and shadow ball is pretty self explanatory. Mega gengar has pulled me out of a lot of holes. Without its late game shinanigans, I would not be nearly as successful. Edit: Also, trapping a lot of the dragons that threaten my team is an added bonus. 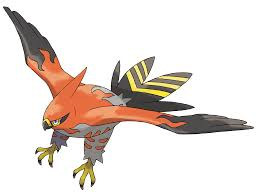 So, I've recently been using talonflame as my lead. With its blazing speed and access to u-turn, it has worked very nicely. No greninja or mega gengar lead stand a chance, although I'm not to sure why people lead with gengar to be honest. This talonflame wrecks teams without a single boost and is deadly on unprepared teams. Talonflame loves the hazards this team provides and the spin support from cloyster. Talonflame also enjoys being able to hit rock walls fairly hard with steel wing on a predicted switch. It's a bit of an oddball move, but there isn't much else to run on a banded talonflame, so why not?

There's really not much to say about the current king of OU. It's pretty spectacular. There are so many switch opportunities for this thing and many of my opponents never see the shadow ball coming. Being able to revenge kill, take hits, and hit everything neutrally is spectacular and the surprise factor of the mixed set is very helpful as well. All in all, it's just a great pokemon.

So what do you guys think? Is this team really good, or have I actually improved my battling skills?
Last edited: Nov 27, 2013

So, I currently plan on changing up cloysters moveset. Clamp is really gimmicky and has been hindering cloysters spinning ability somewhat. Im thinking about using razor shell in its place.

To those who chose 8, what would you swap around? I was thinking about trading tyrantrum out for something else. How well would something like hippowdon work in its place? Does hippowdon get rocks yet?

first off you might want to change aegislash's item to spooky plate for a bit more added power to compensate the balance of Ev's. second you might want to make the coyster a shell smash set with focus sash, and get rid of tyrantrum for a defog skarmory or a rapid spin exca, this makes it so you are still able to get rid of hazards but at the same time introduce a new sweeper to the team. or you could go with option b which is get rid of cloyster all together in favor of a rapid spinner/ defogger, or maybe something like breloom which provides a great anti lead with focus sash; bullet seed, spore, mach punch and rock tomb. those are my two solutions to the gimicky cloyster problem

I'm gonna say you should get a new spinner. I mean, Cloyster is weak to stealth rocks and rather frail which you don't want for a spinner. I think you should use Dolphan instead with this set:

Very offensive but works well, you still get ice shard priority and rapid spin but you also get Eq which is super viable on almost any team.

Also, I would give Gengar Thunderbolt over dazzling gleam for much better coverage.

Lastly, I think you should invest more effort values into tyrantrum's attack, also I would give it dragon tail instead of roar for the obvious reason that it does damage and has STAB. You might be worried that he won't hit fairies or get hurt by a Ferrothorn but you are never going to put tyrant in a situation where it has to fight a fairy or ferrothorn anyway.

Team is pretty good, however I do have a few nitpicks. I'd suggest removing Cloyster as well as Tyrantrum. Over Tyrantrum, you should use Tyranitar who is generally better at.... Everything. For Cloyster, you can just use a defogger, as the above poster mentioned. I'd actually recommend Crobat, due to it resisting Fighting, which could be a huge problem for you, and being immune to Ground, another problem. Crobat also has Taunt to keeps hazards off the field, Brave Bird for STAB, U-turn for scouting and recovery in Roost. Infiltrator also allows for Crobat to hit pokemon behind a sub, like Mega Gengar. As for having 2 pokemon weak to Psychic, you shouldn't worry about that due Tyranitar handling any and every Psychic-type in the tier beautifully.

Thank you guys for all of the responses. I really appreciate all of the help. I just have a few questions before I decide to change my team up. I will change out tyrantrum and cloyster most likely. For donphan, would a bulkier setup work well, part of the reason I used cloyster was because of its physical bulk. Would a bulkier donphan with knock off work well? Would fortress work as a physically defensive spinner? Would I be ok with a Mega tyranitar or Mega Agron work if I chose a life orb gengar instead of Mega gengar since I really don't have a great team for trapping anyway? And sash breloom would be really nice for taking spores and beating kengas without fire punch. Last question, with my teams reliance on hazards and hazard control, would defogging work well? I haven't actually used a defogger yet, so I don't know.

Here are my ideas for teams with what has been recommended.

I will try to look over all of these tweaks and see what works best. I really like the spooky plate idea and I really appreciate the Pokemon suggestions. I will hopefully have plenty of feedback on how everything worked after the holidays.

I personally like the first option for a team I would really advice against team two (even though it is filled with my suggestion) the reason why is that the team has a wopping 3 fire weaknesses. third team is meh. But yea I would go with team one It has what I think is the best team synergy and it Has mega gengar which is a plus.

newtonja said:
I personally like the first option for a team I would really advice against team two (even though it is filled with my suggestion) the reason why is that the team has a wopping 3 fire weaknesses. third team is meh. But yea I would go with team one It has what I think is the best team synergy and it Has mega gengar which is a plus.
Click to expand...

Yeah, I figured I didn't need mega-gengar on most of the teams when I wrote this up, but with a foretress and a talonflame volt-turning, I figured it would be easier to trap what I need to. On my current team, I only really get the opportunity to trap after I sac something. Looking back at the second team, it only has one special attacker, aegislash. Lol. I think I should probably switch the mega ttar out for mega gengar on that particular team. Third team doesn't absorb status at all which kind of sucks, but I've actually run a similar team in the past to moderate success. I'll change the OP with new sets and descriptions hopefully on Sunday.
You must log in or register to reply here.
Share:
Reddit Pinterest Tumblr WhatsApp Email Link