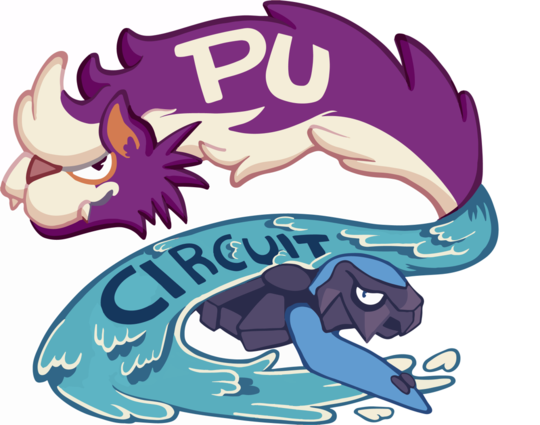 art by LifeisDANK
​
Welcome to the SS PU Summer Seasonal! Entering in this seasonal earns you points for an overall PU leaderboard and will go towards your chances to win the coveted PU Circuit Ribbon!

Squash  vs  Ktütverde
why is it always like that

wasn’t meant to be this bored

Moderator
irl got crazy today and I need an extension, lock said yes

Squash and I agreed to ask for an extension, we cant get the series played properly this week, the next few days will be great.
Thanks a lot!

Sorry for the delay in posting, 1 out of 4 matches done by deadline doesn't make it convenient to post the next round for sure.

Activity:
false  vs  TeamCharm - false showed up to three scheduled times, the first there was no show from TC, the second where two games were played then TC had to go, the third there was yet again no show from TC. false shouldn't be required to show up a fourth time. Confirmed with a TD.

Round 11 (losers bracket) up soon.

this obviously isn’t chloes fault, but this is a really stupid ruling given I made efforts to play at 6am (which I was incredibly nice and accommodating for) before I had to go work for my full time job, and yeah I missed it twice because it was really hard to do that I actually ended up missing an hour of my work because I tried to schedule for this, was able to play two games before I had to go in, and this clown who apparently works 24 hour work days on the weekend couldn’t make any effort to give me 20-30 minutes after that for one more game, so TDS don’t know if I can challenge this ruling but if not lockjaw you can have the win for next round

you’re really gonna give this guy an act win after I attempted to accomedate like hell for this guy and we have one more game to play for
Last edited: Aug 3, 2021
You must log in or register to reply here.
Share:
Reddit Pinterest Tumblr WhatsApp Email Link