So I wanted to compete on a high level for the first time. And I wanted something that wasn't used very often or was deemed "dismissed" by most people. So I thought, "Hey why not make a rain team?" When I was going to do my first link battle, I wanted to do one as such. Unfortunately my opponent/co-worker wanted us to use the Pokes we took to the Elite Four. I wasn't deterred though, and I wracked my brain to assemble this team to decimate my opponents. Coincidentally, three of the six Pokemon are frogs.

Between Doubles 6v6 and VGC, I've registered 32 wins and 10 losses with this team. I'm quite comfortable with these guys and I plan to hopefully go far with them. 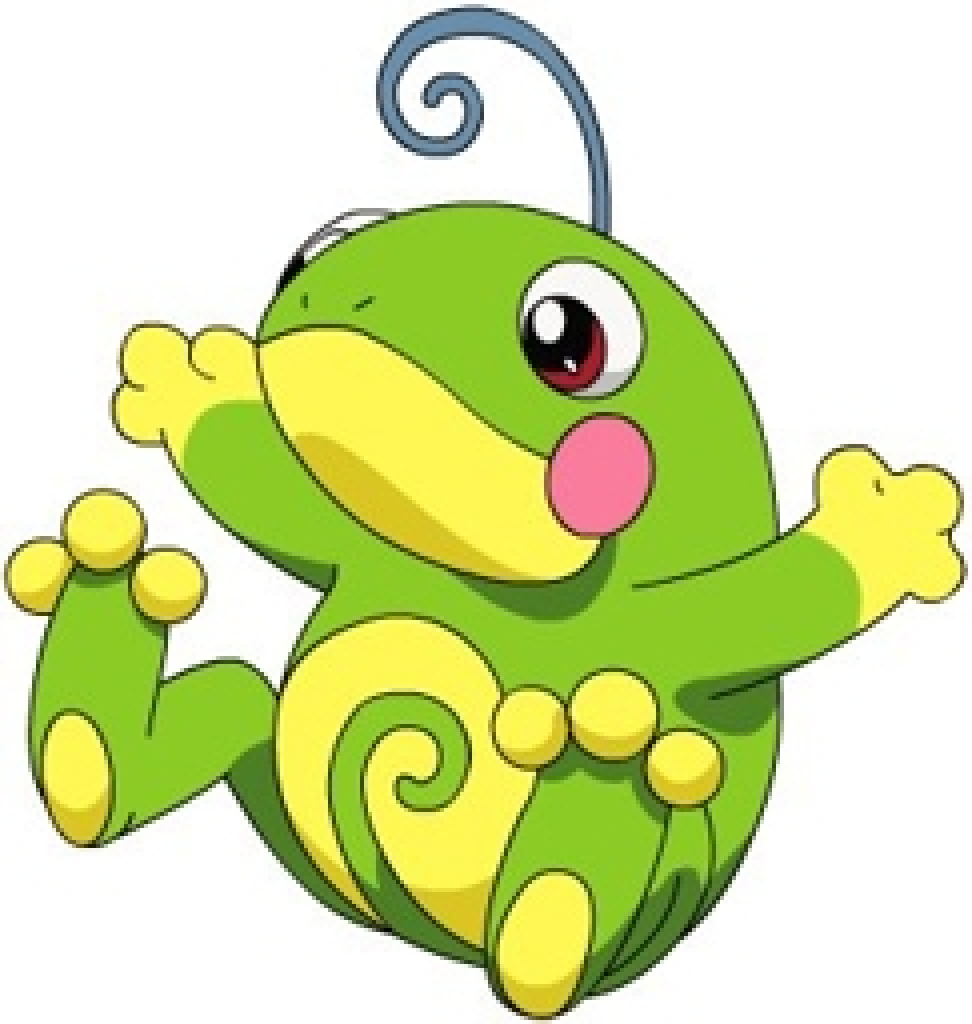 Politoed has two jobs on this team. First it gets the rain going for my team and is almost always my lead Pokemon. With max HP and defense, this frog can sponge a ton of physical attacks and even with hardly any investment in special defense, special attacks can usually only 2HKO it at best. It can still hit fairly hard with Scald thanks to STAB and the rain, plus the chance for a burn is always helpful. Ice Beam helps fight Grass and Flying types plus secure KOs on Pokemon like Garchomp and damaged Dragonite. Perish Song will force out the stallers so I can deal with them later and or checkmate if I believe the opponent cannot finish all my remaining Pokes in 3 turns. Protect is Protect. It protects.

I find Politoed definitely pulls its weight and therefore it is the captain of the team. The only concern is the lack of power coming from Politoed. I sacrificed offense for defense and it struggles at times to do both. But this Politoed is incredibly difficult to take down. With this comes the second amphibian to take the field. It fills out a few roles with this setup. For one, it is a counter to any Water-type attacks. Matter of fact, it loves water as it can switch in and get health back too. Works nicely should Dragonite want to use Surf. Poison Jab is the bane of Sylveon's and other fairies who cross his path. Drain Punch helps keep him strong. Sucker Punch is for Psychic types, revenge kills, and overzealous Aegislashes. Oh and it stops Kangaskhan's Fake Out cold. With Dry Skin, Black Sludge, and Drain Punch, Toxicroak is excellent at staying alive. If Smeargle is in the enemy's lineup, Taunt is an excellent way to shut it down.

As a switch-in, Toxicroak has issues sponging a hit. But should the Toxic Mouth Frog get in safely, the enemy is going to have problems.

With this setup, Dragonite can take on a variety of attackers. Many underestimate just how dangerous a Special Attack based Dragonite can be. When most see it, they assume it's a physical attacker. And then they see Hurricane and immediately regret their choice of physical wall. Agility makes sure Dragonite can outrun its opponents then it's the coverage move of choice. Weakness policy shoots up its Special Attack hopefully on the turn Agility is used and then it goes to work. Dragonite works well with Politoed who can handle its Surf, and Heliolisk and Toxicroak thank it for the donation of water. Thunder is to punish other Water Types and an option for Flying types.

With Protean and a wide moveset, Greninja can usually do it all. As the third frog on this team, Greninja's role is to seek and destroy with the appropriate STAB. Life Orb ensures most attacks are indeed a minimum of 2HKOs. We all know what Greninja is capable of, what it targets. But I am thinking of swapping Extrasensory for Dark Pulse to ensure a hard hit against say Aegislash. Across my travels with this Mama Bear in tow, many opponents have SORELY underestimated the power of Beartic. While they're busy laughing at me for bringing such a low tiered Pokemon that has Hone Claws, their jaws drop when Beartic mauling their own Pokemon. Hone Claws is viable on this set due to Beartic's speed shooting way up in the rain. With a +1 to accuracy and attack, plus the Expert Belt, Beartic gets excellent coverage plus cleaned up accuracy and flinch chances, with the Rock and Ice type moves Stone Edge and Icicle Crash respectively. Aqua Jet can out-prioritize Talonflame in the rain, plus it can nab KOs on wounded Fire, Rock, Ground types or Focus Sash-used Pokes outside of the rain.

I find Beartic's problems deeply lie with stuff it doesn't cover like Steel types. Unfortunately it's bear hunting season for Aegislash unless you get a lucky flinch hax. Fighting types also scare this bear away too.

Heliolisk is another Pokemon that is immune to Water type attacks, ensuring my supremacy in the rain. The moves allow for good coverage that includes being able to take on Ground types and Rotom-W, plus a 4x effective move against Bisharp and Tyranitar. With Dry Skin and Leftovers, Heliolisk works like Toxicroak with extra recovery at the end of every turn, giving it a better chance to survive. I know the Generator Pokemon is a bit frail, so Volt Switch allows him to get out of there and not lose your momentum but also includes Thunder so you can bring down the boom on your enemy. Does good work in an opening spot as a scout too, if you're not a fan of having this Pokemon on the field at the start of the battle. Works well with Dragonite too, as it doesn't mind being Surfed.
You must log in or register to reply here.
Share:
Reddit Pinterest Tumblr WhatsApp Email Link